Unsettled weather sets in for the first full week of December

You'll need the rain gear from time to time through the week as a stalled out boundary keeps wet weather around.

After a chilly and dry weekend across Central and Eastern Kentucky, the clouds rolled back into the area to kick off this first full week of December. With a warm front to our south and moisture riding up and over it, much of the region so overcast conditions with a few spotty showers that really ramped up into the late afternoon hours across the board. Even with the clouds and showers, afternoon highs reached the upper 40s with even a few peeks of sunshine around daybreak. 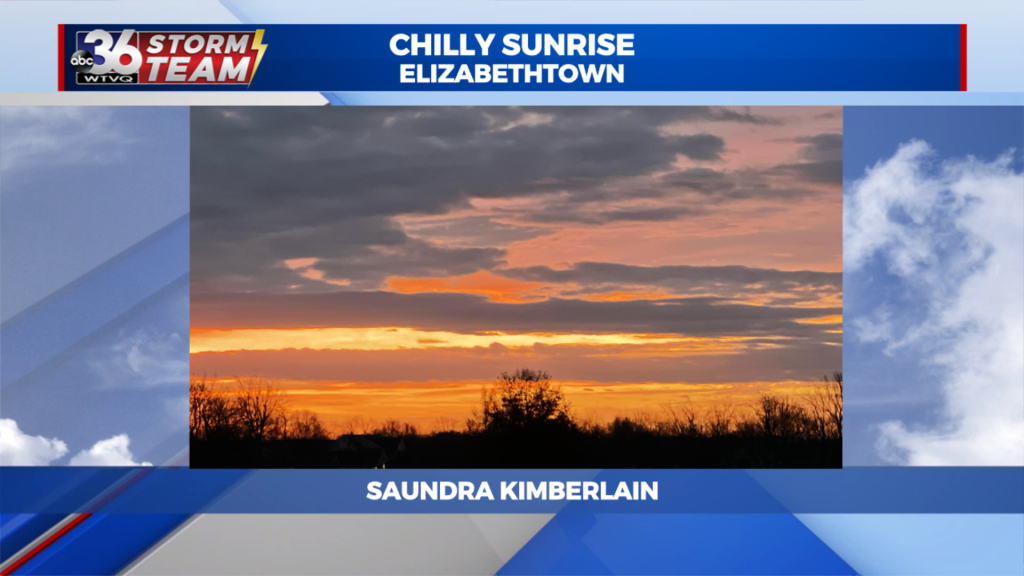 Temperatures should be slowly on the rise heading toward dawn on Tuesday as the warm front arcs through the area and winds come out of the south. With readings in the low 50s early Tuesday, it shouldn’t take much to reach the low 60s for afternoon highs. The showers should be spotty throughout the day so it won’t be a wash-out. 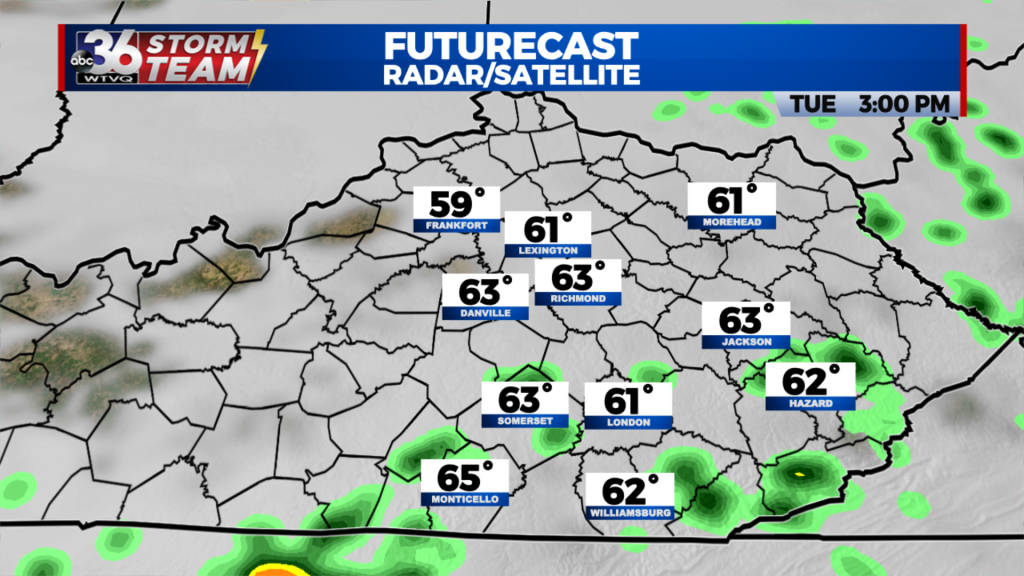 With the boundary hanging over the commonwealth and several waves of low pressure riding along it, the chances of wet weather stays with us through the mid and late week. It looks like some heavier rain will be possible, especially over Southern Kentucky where we could see 2″-4″ rainfall totals, which could bring someone localized flooding issues. Temperatures will stay unseasonably mild with afternoon highs mainly in the low and mid-60s. 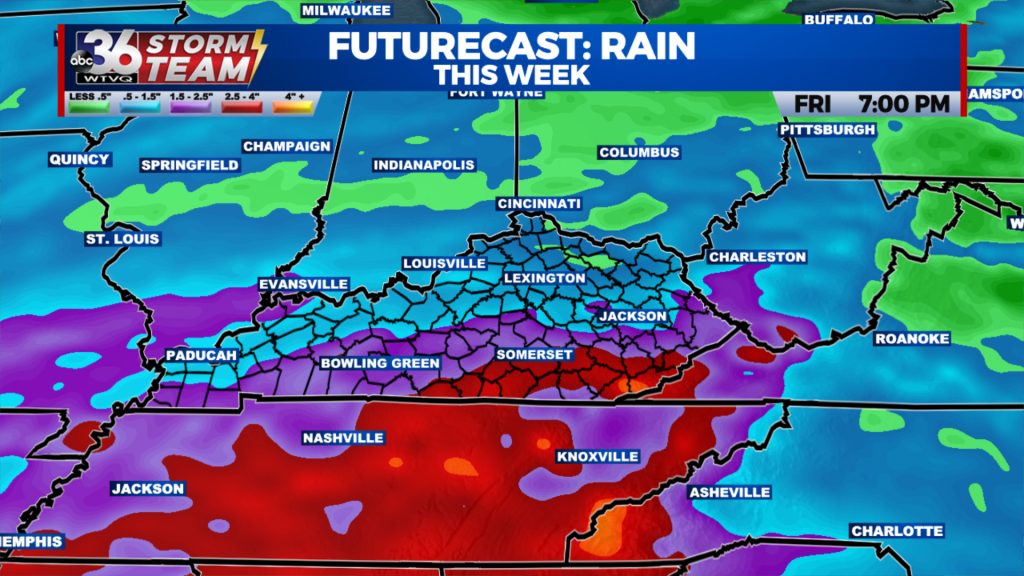 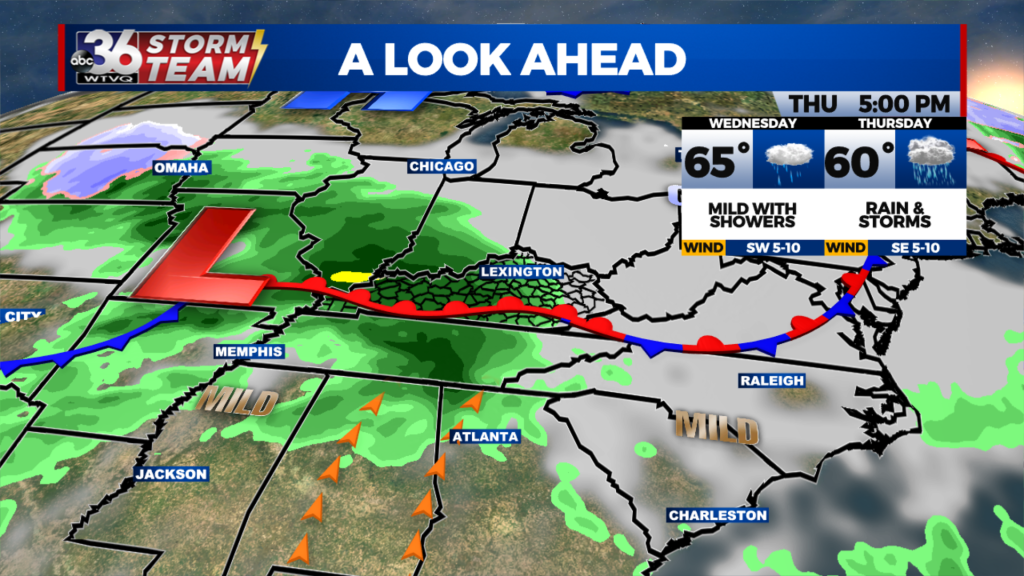 Once the final wave of energy pulls the boundary out of the region to close out the week, we should see in a brief break from the rain to kick off the weekend. Saturday looks cloudy and cooler with highs in the mid-40s before another system brings additional rain chances for Sunday and into early next week. The bottom line is to keep that rain gear close by! 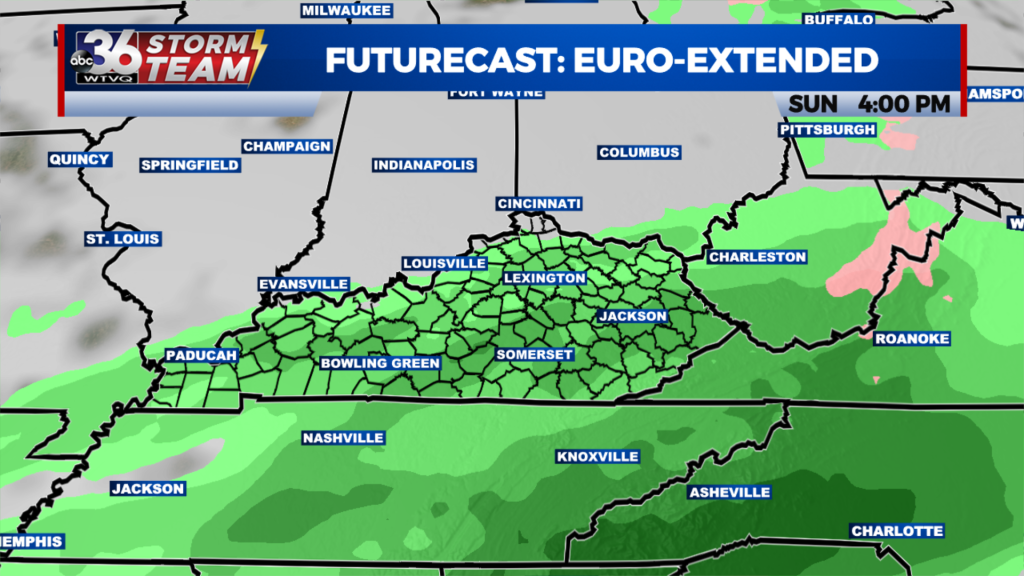