After a nice final weekend of summer across Central and Eastern Kentucky, we saw lots of sunshine across the area on Monday even if it didn’t start out that way. A dying complex of overnight thunderstorms to our northwest weakening out over Western Kentucky there was a bit of cloudiness this morning around daybreak. This made for some beautiful colors as the sun came up especially for areas west of Lexington. 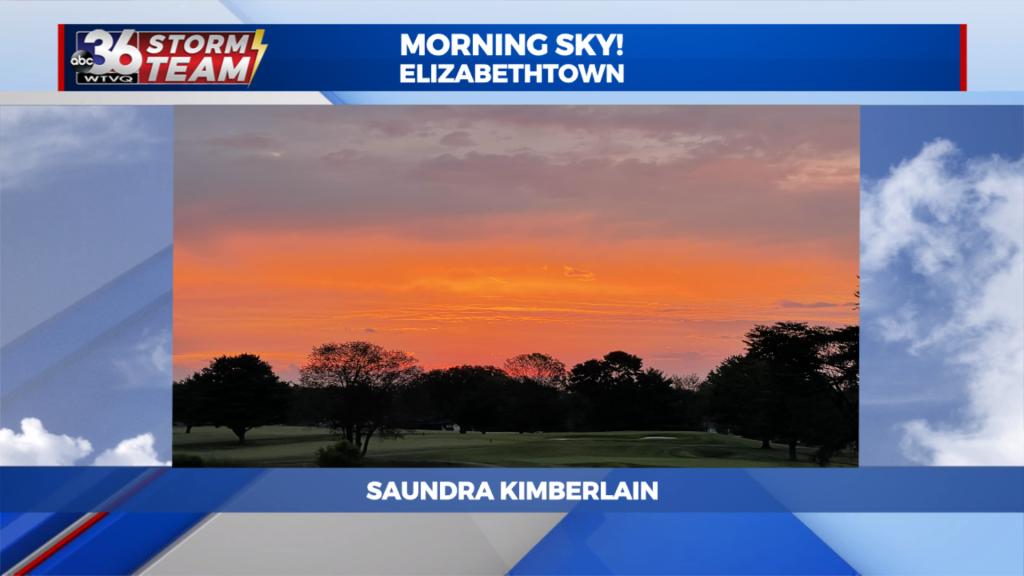 The big story as we close out the summer season into the mid-week will be the unseasonably hot temperatures we’ll be dealing with. With high pressure in control and plenty of sunshine, afternoon highs should make a run into the upper 80s to around 90 degrees on Tuesday, a good solid 10 degrees above average. 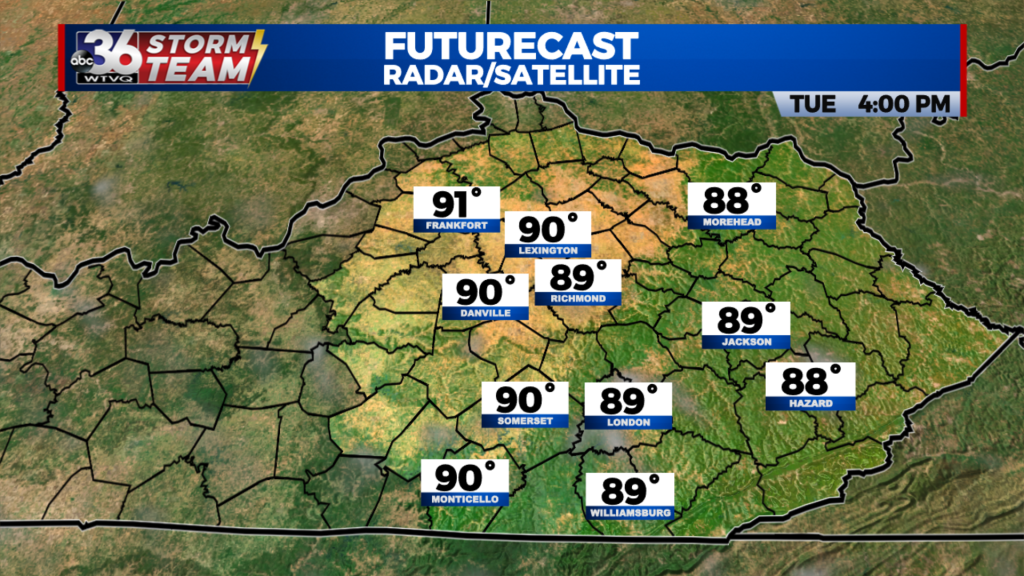 Even with the hot temperatures it shouldn’t be overly humid as our “Muggy Meter” stay in the manageable range through Wednesday before it essentially becomes a non-issue with the cool down expected late this week. 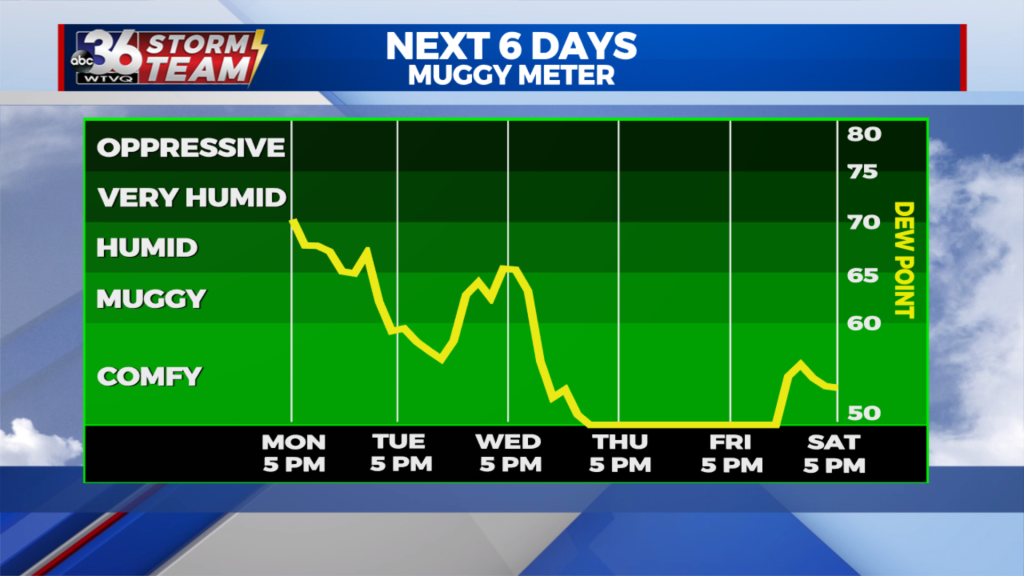 The final FULL day of summer on Wednesday (since fall doesn’t officially arrive until 9:03pm Thursday evening will feature our hottest temperatures that we may see for awhile. Highs should reach the low 90s as a southwest flow ahead of an approaching cold front helps move the needle. Ironically our rain chances look minimal into Wednesday night despite the huge drop in temperatures in the front’s wake. Get set for a full 20 degree drop into Thursday as much cooler air filters into the region. Highs should be quite pleasant into the low 70s. 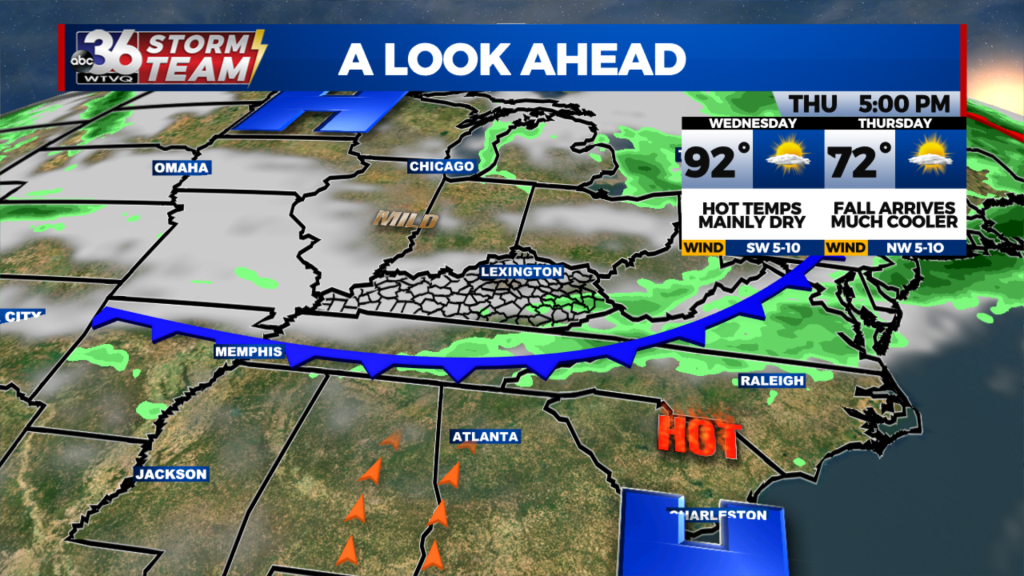 We may see our first morning on Friday with lows in the 40s as high pressure dominates. Temperatures may struggle to reach 70 degrees on Friday so it should be a nice finish to the week. Another good thing about the front moving through the eastern part of the country is that it should help steer Hurricane Fiona out to sea and away from the east coast of the United States. 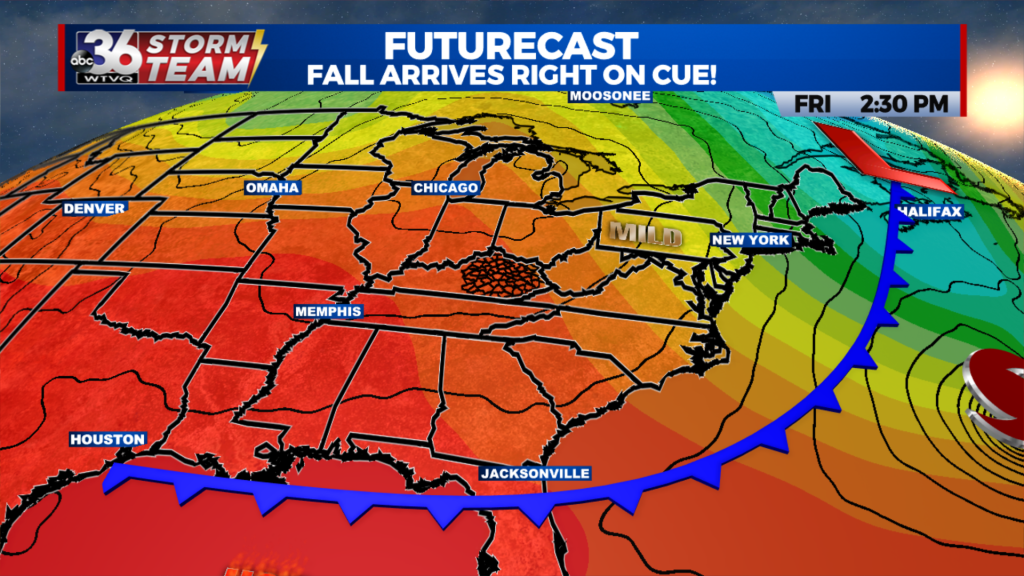