We enjoyed a delightful day across Central and Eastern Kentucky on Thursday, this despite a mid-level wave dropping south through the commonwealth. While most locations remained dry, there was enough lift and moisture down south for a few pop-up showers during the afternoon warmth but those were few and far between. Humidity levels stayed fairly low so it didn’t feel overly muggy outdoors. 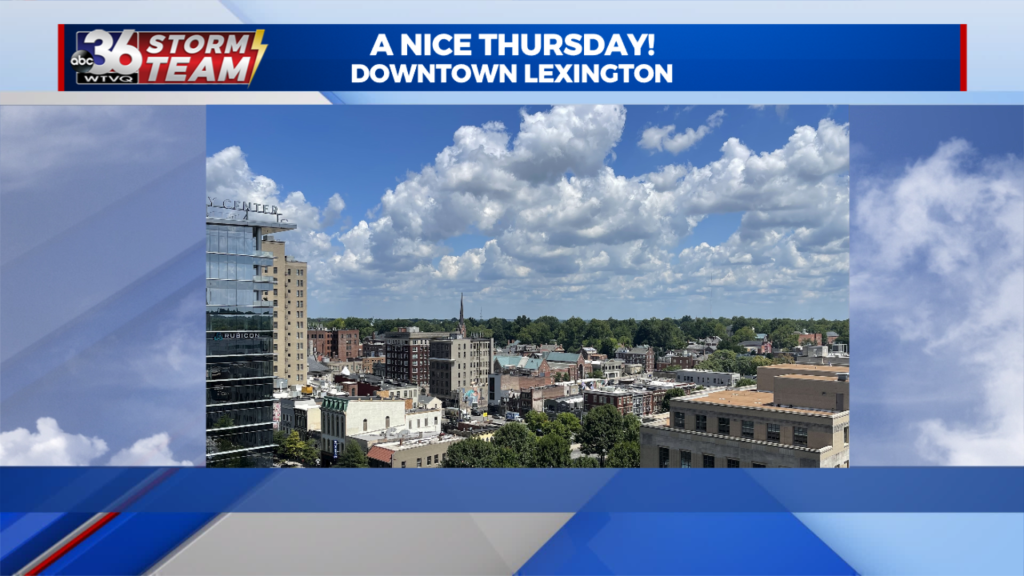 Heading into Friday, some drier air will move in as a northeast wind comes around high pressure drifting into New England. Even though we’ve seen some beneficial rain in most locations over the last week, we are still a bit on the dry side so afternoon highs have overachieved thanks to the sunshine efficiently heating up the drier ground. As a a result, expect another warm to hot day with afternoon highs in the upper 80s Friday but at least the “muggy meter” stays in the comfy range before the moisture slowly returns this weekend. 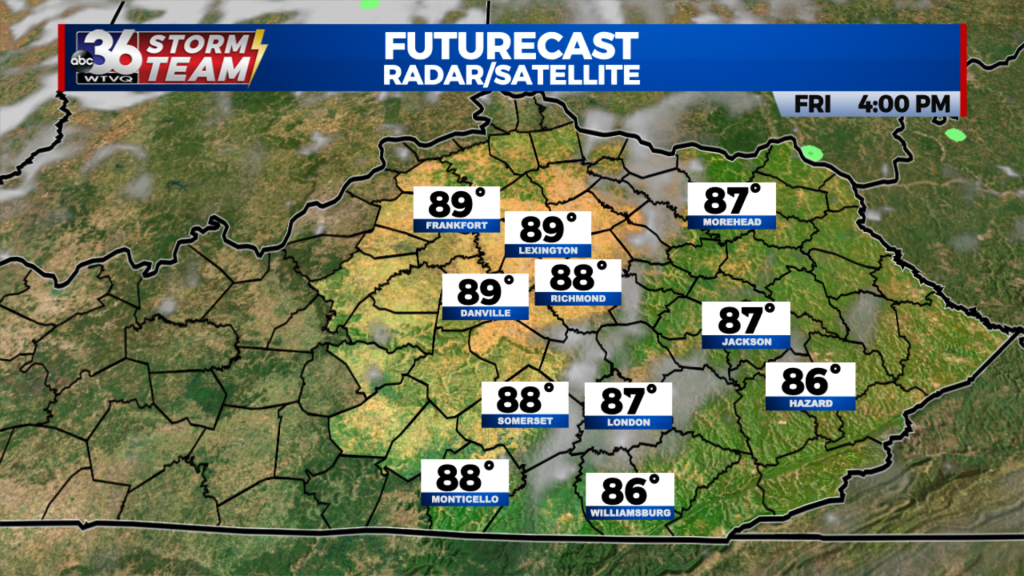 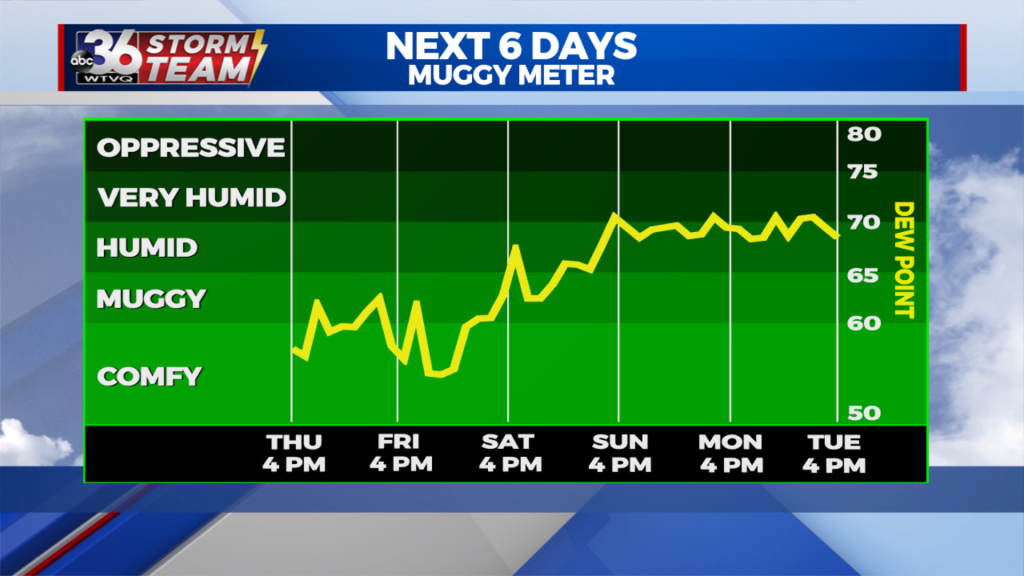 Speaking of the drought situation, the latest Drought Monitor update was issued Thursday, and it did show some nice improvements across Central and Eastern Kentucky. Most of the area is just abnormally dry with a few pockets of Moderate Drought left. The situation is a bit worse out in West Central Kentucky where Moderate Drought conditions remain. 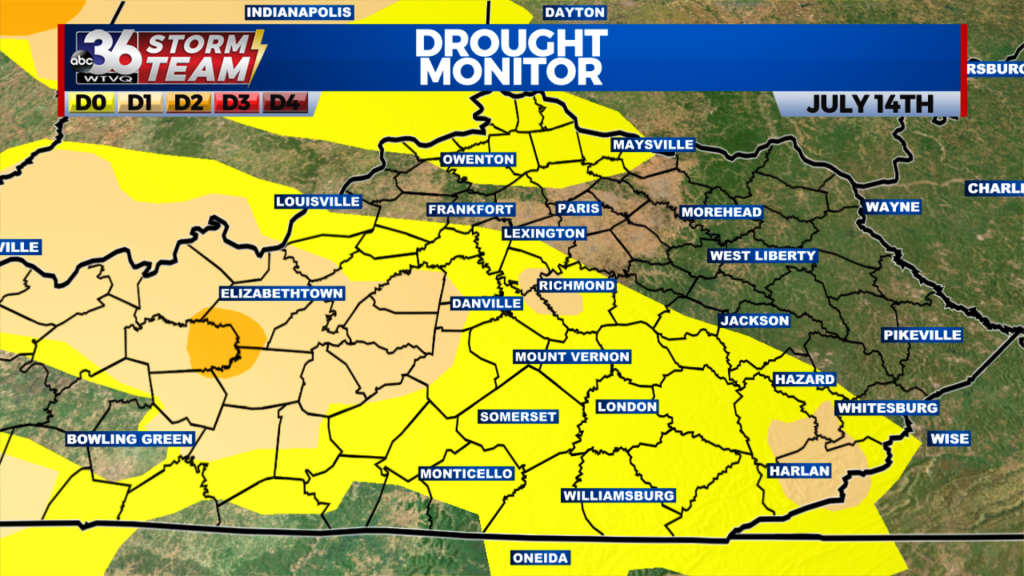 This weekend the moisture will return from the southwest as a slow moving cold front creeps into the Ohio Valley. Saturday looks like the better day with a few isolated storms possible while most locations stay dry for all the summer outdoor activities. As we get deeper into Sunday and the front draws closer, expect a better shot and more widespread showers and storms which could carry over into early next week. 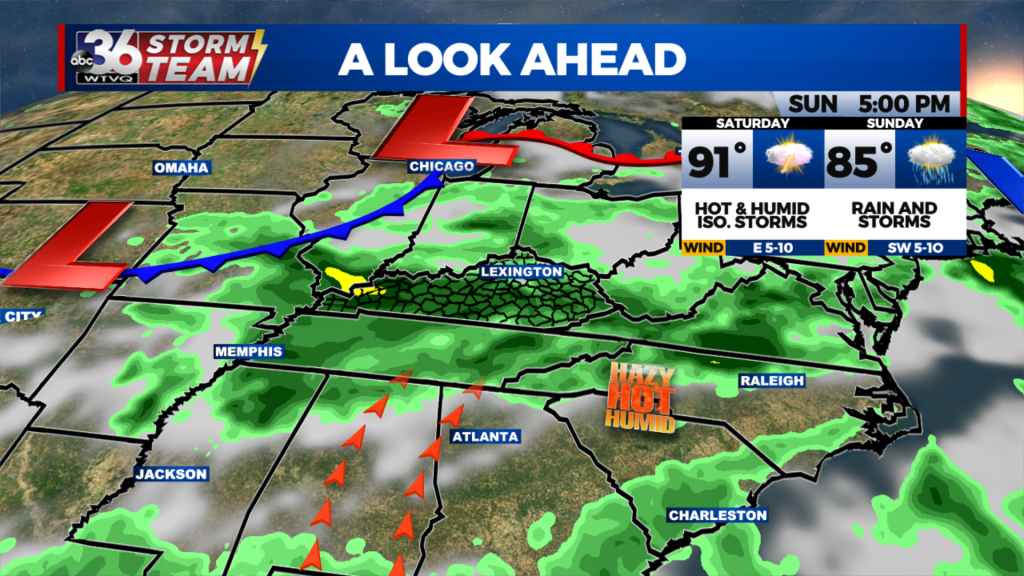