Cooler temperatures to follow a quick shot of much needed rainfall

While totals won't be much given the short window for rainfall, we'll take what we can get given the drought conditions across the area

It’s been an unseasonable warm stretch of weather across Central and Eastern Kentucky and Tuesday was no exception. Despite some clouds in advance of an approaching cold front, a strong south wind helped to push afternoon highs into the mid and upper 70s. With those clouds scattered about at daybreak, it may for some pretty sunrise shots across the region. 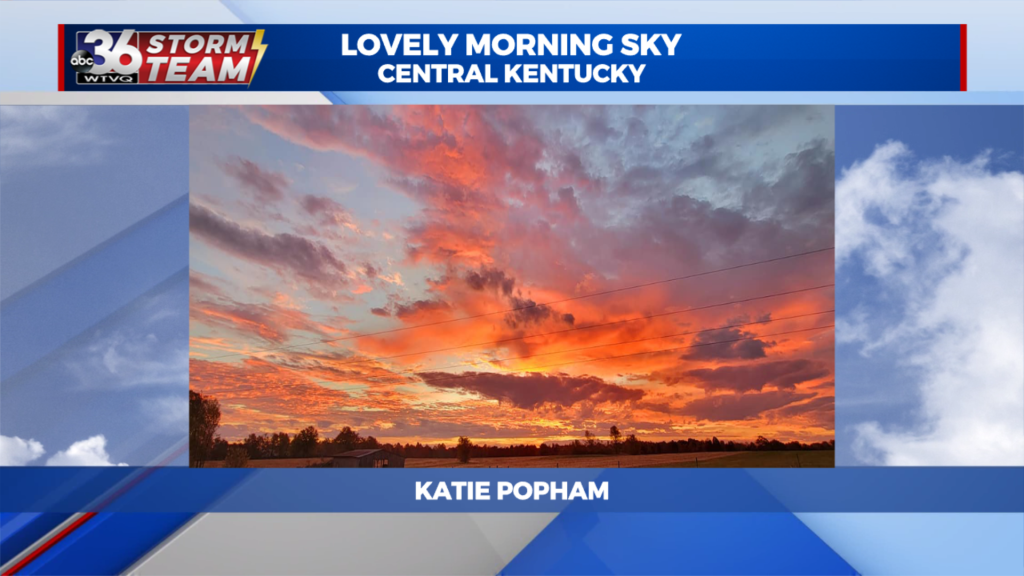 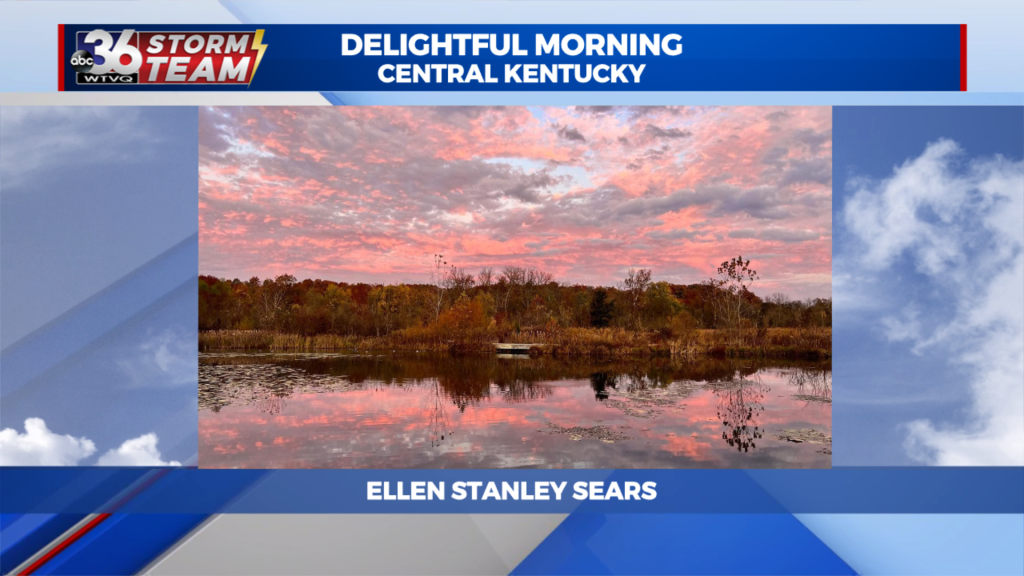 With the front moving in and out of the area in fairly short order, our rain totals should be mainly less than a half inch in most locations with isolated spots picking up a bit more with any heavy downpour. Other than a few spotty showers the early hours of Tuesday will be dry. The big story with be quite the change in temperatures on Wednesday. The combination of low clouds and a brisk west wind should put the brakes on temperatures. After starting our around the 50 degree mark, afternoon highs should only climb a few degrees into the mid-50s so dress accordingly. 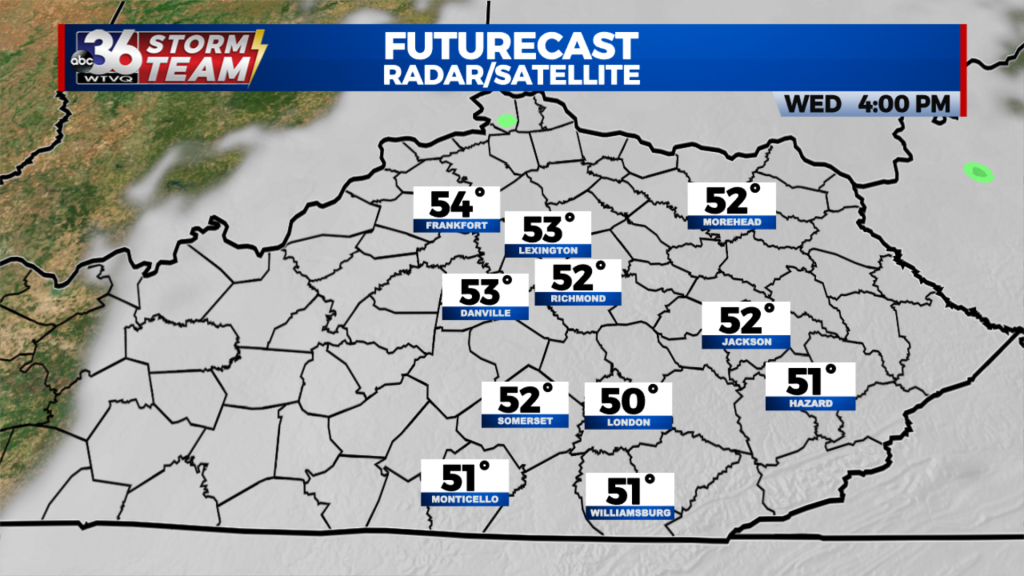 Another dry and pleasant stretch of weather is on the way for the late week and into the first part of the upcoming weekend. Highs will recover into the mid to upper 60s with lows in the 40s, which is exactly where we should be for the final days of October. 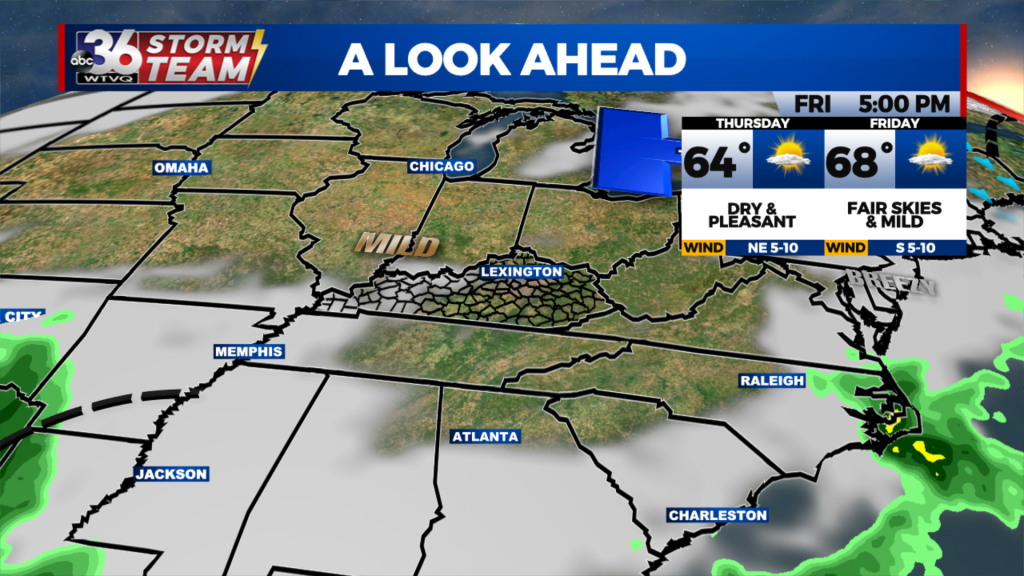 Of course looking ahead, all eyes are on Halloween next Monday and if any rain may have an impact on trick or treating. It appears it’s going to be all about timing and the model data still hasn’t lined up entirely, with one having showers over the area late Monday, and the other winding showers down through the afternoon. Below is the more aggressive of the two models with the rain on Monday, so we’ll continue to watch it and hopefully the trend will be for an earlier exit and a dry Halloween night. 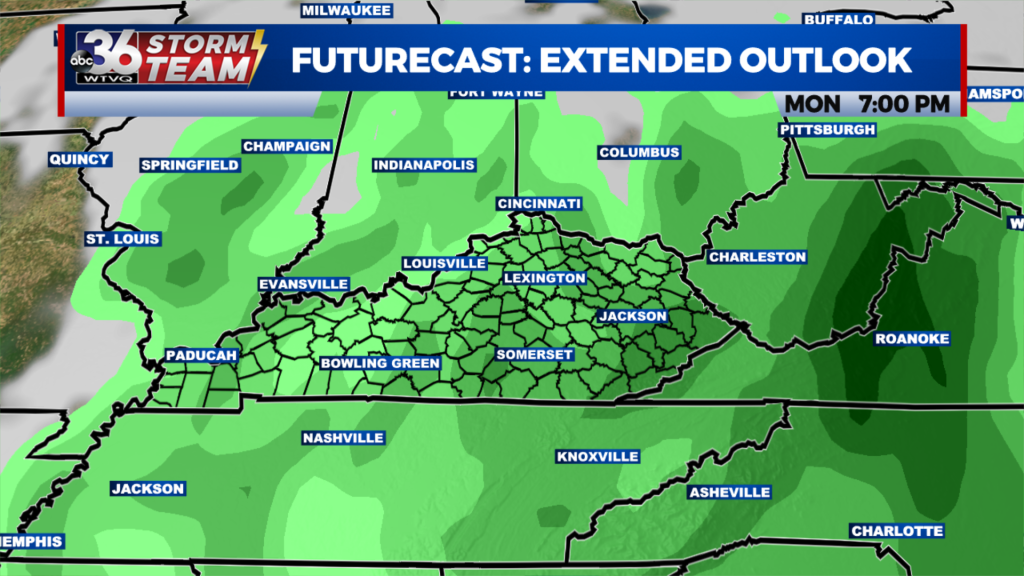