After a lot of wind and storms late Tuesday, dry and colder conditions returned to close out November and this should carry over to kick off the new month.

We saw plenty of shower and thunderstorm activity late Tuesday and into Wednesday across Central and Eastern Kentucky to go along with some strong wind gusts. All this was due to a cold front that blew through the area during the early hours of Thursday. The good news is that most spots received some beneficial rainfall with totals ranging from a half inch to even 1.50″, especially across parts of Southern Kentucky. With the initial batch of storms that raced into the Bluegrass region during the mid evening produced some penny to event quarter sized hail, which was enough to cover the ground in a few spots. 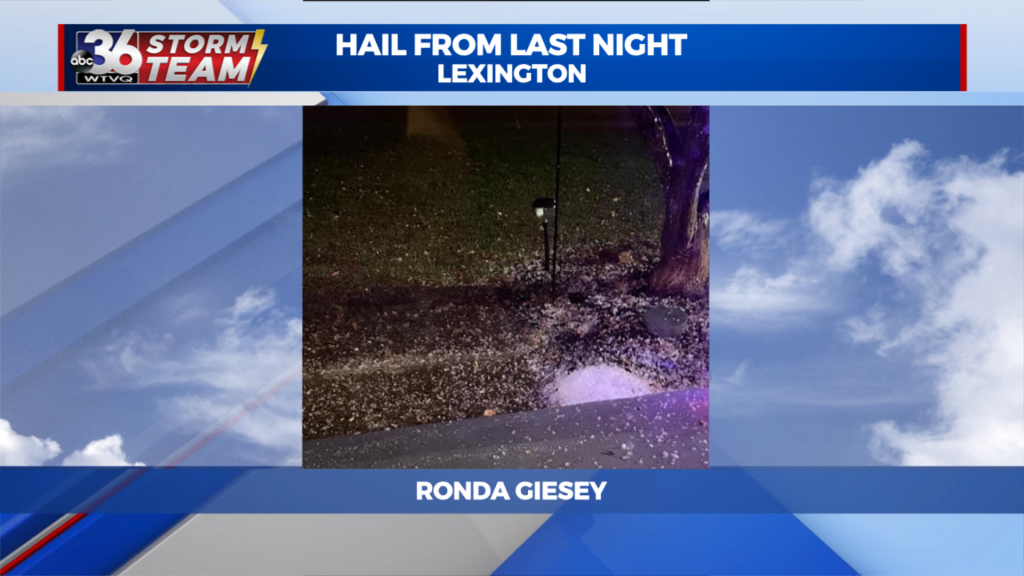 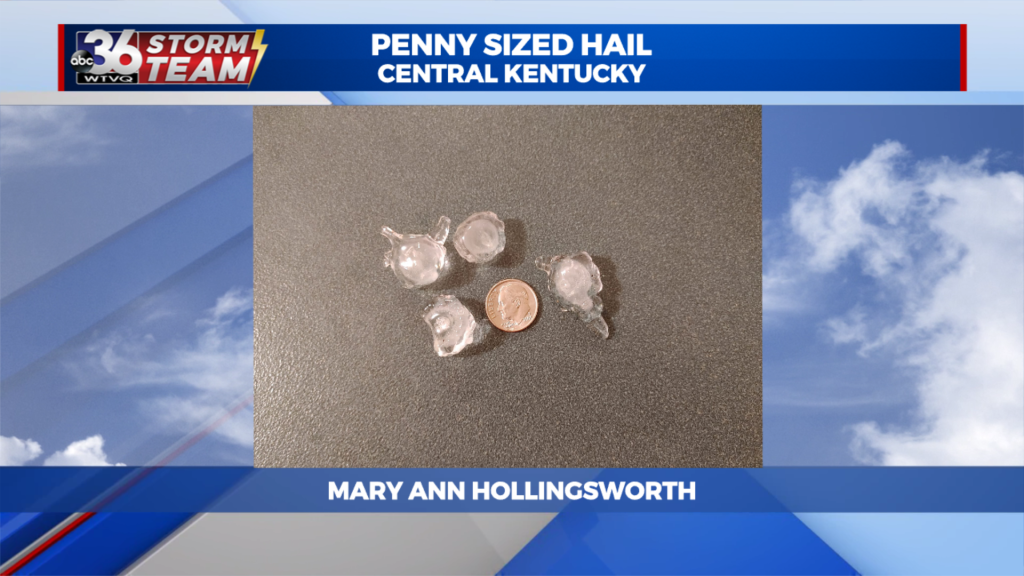 Chilly high pressure will build in as we kick off December on Thursday with sunshine, some high clouds and afternoon highs struggling back into the low 40s. That shouldn’t be a big surprise given that most locations should start out into the low 20s so the heavy coats will come in handy from start to finish, although the sunshine should help some. 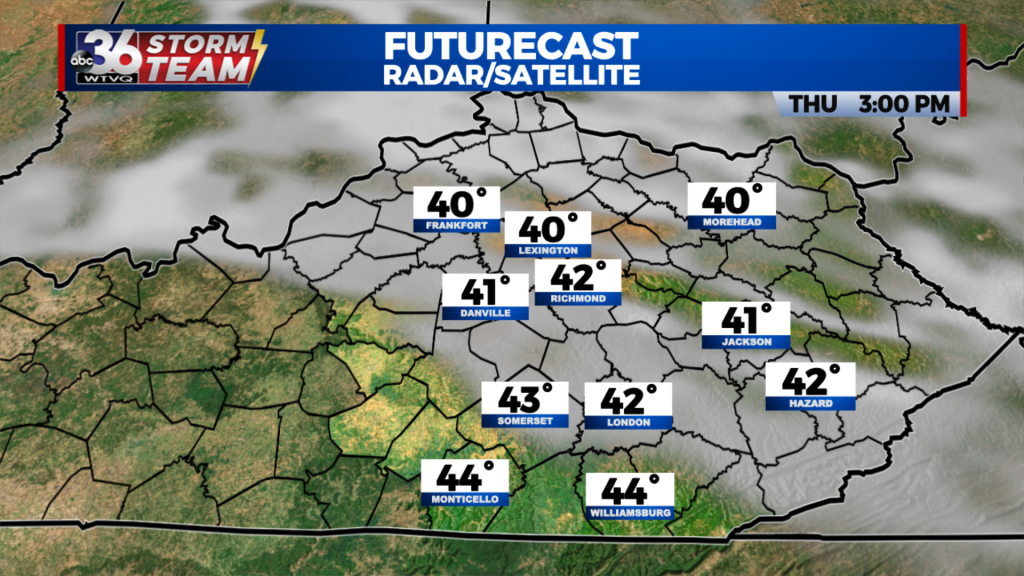 Rolling toward the weekend, high pressure will drift eastward on Friday allowing a return flow from the south. This will push afternoon highs back into the mid to upper 50s despite some additional cloudiness around. We could see a late shower during the evening hours Friday but another surface cold front will slide through Kentucky early on Saturday. This will mean “highs” for the day will be in the 50s early before dropping into the 40s as more chilly air fills in with a northwest wind. 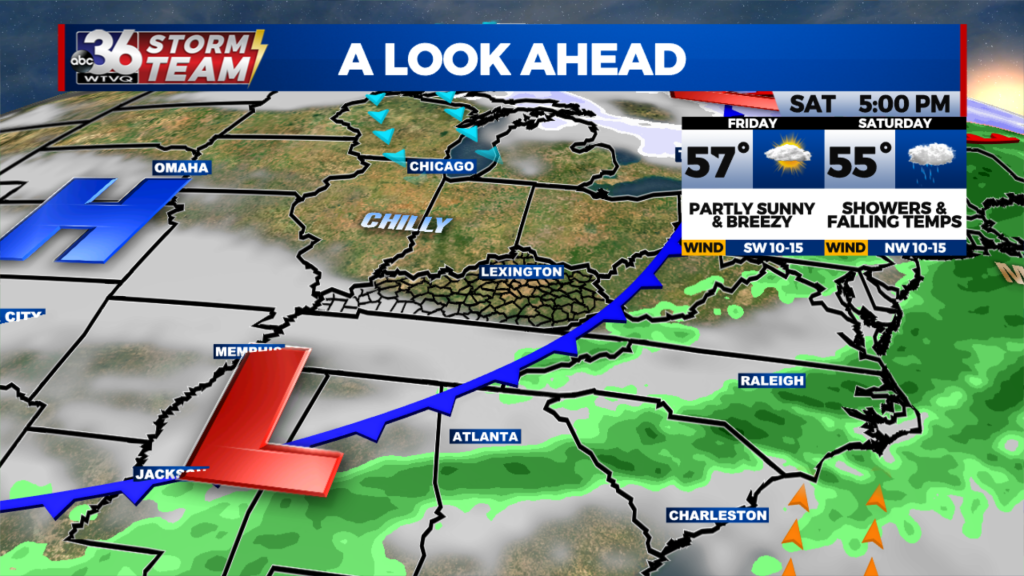 The model data is now having a little trouble getting a handle on the rainfall potential into early next week. Initially it appeared the front that moved through Saturday would put on the brakes and work back northward as warm front into Monday, bringing more wet weather to the area. Now the data is trending for a slowdown with the front, which would keep the bulk of the rain chances across the south on Monday. Eventually the rain chances ramp up Tuesday as a wave of energy rolls in from the west so the bottom line is you’ll need to keep the rain gear handy into early next week. 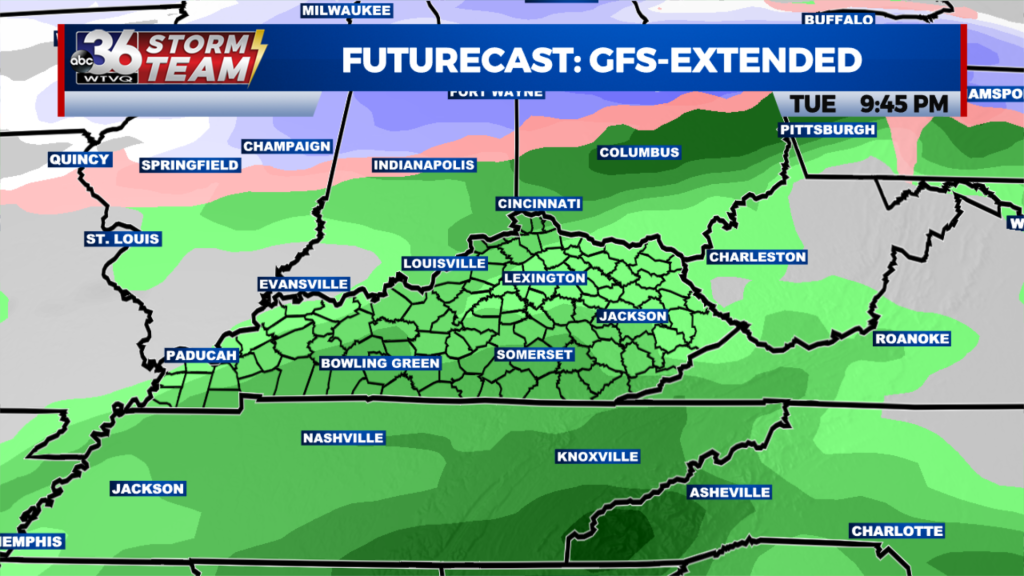