We flipped the switch back to breezy and milder conditions very quickly across Central and Eastern Kentucky as a south wind pushed afternoon highs all the way into the mid to upper 50s. We saw a mix of clouds and sunshine (along with a few sprinkles) and those rain chances will ramp up into Friday night as a cold front drops into the area. The morning clouds made for a pretty sky Friday morning as the sun rose. 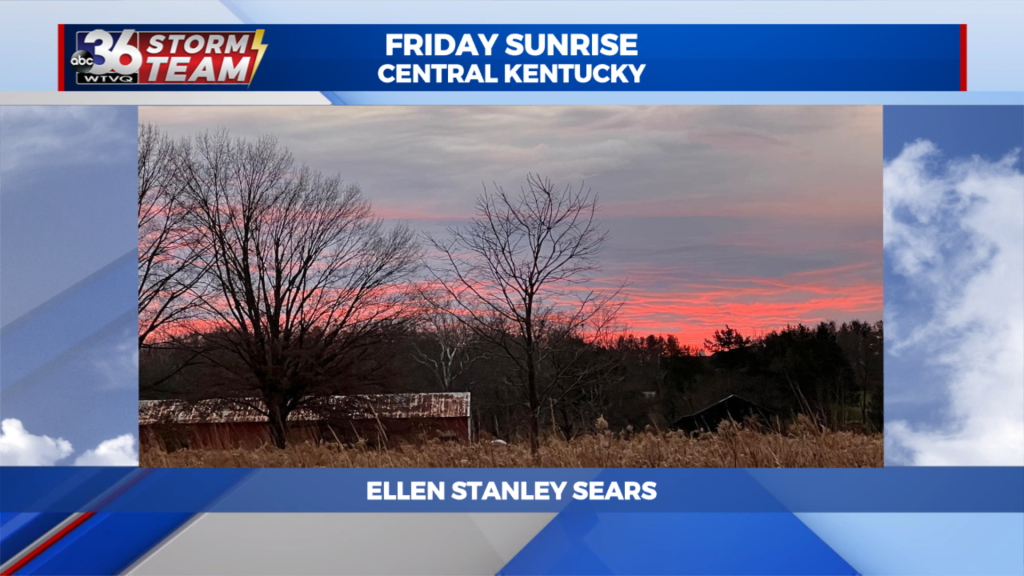 Winds will continue to be strong into Saturday with gusts 40 miles per hour or greater as the front moves through bringing the aforementioned showers with it. By daybreak, the front should be in the Bluegrass Region and after spending much of the overnight in the mid to upper 50s, temperatures will tumble behind the front as the rain ends and skies clear. By late afternoon, expect mid to upper 40s in Central Kentucky with low 50s down south as additional cold air pours in on the heels of a brisk northwest wind. 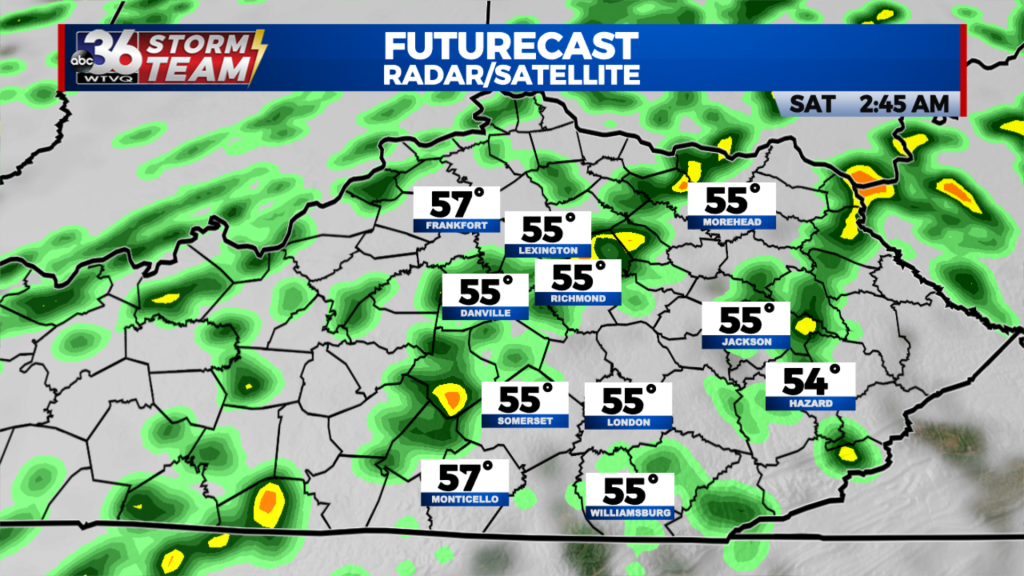 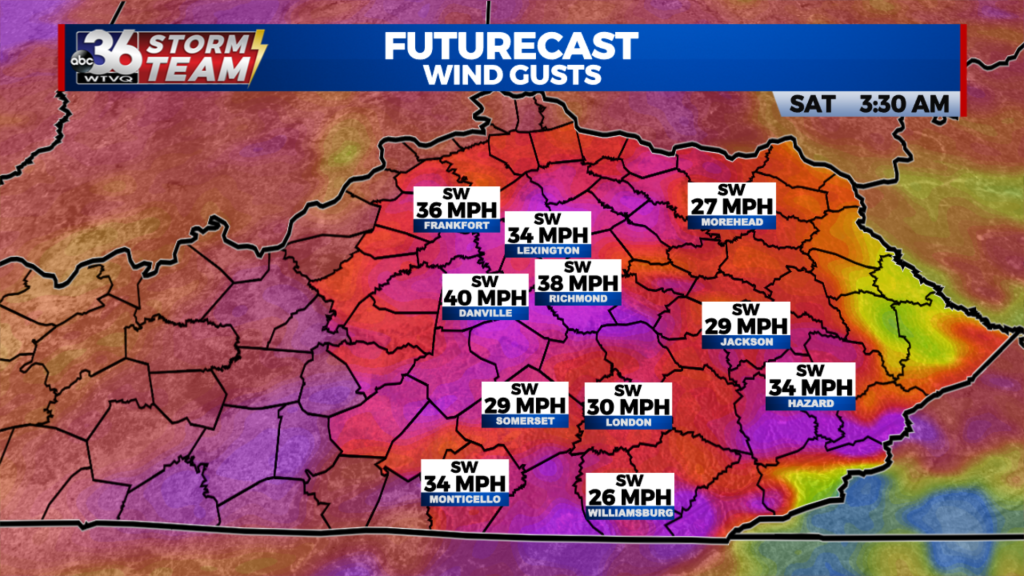 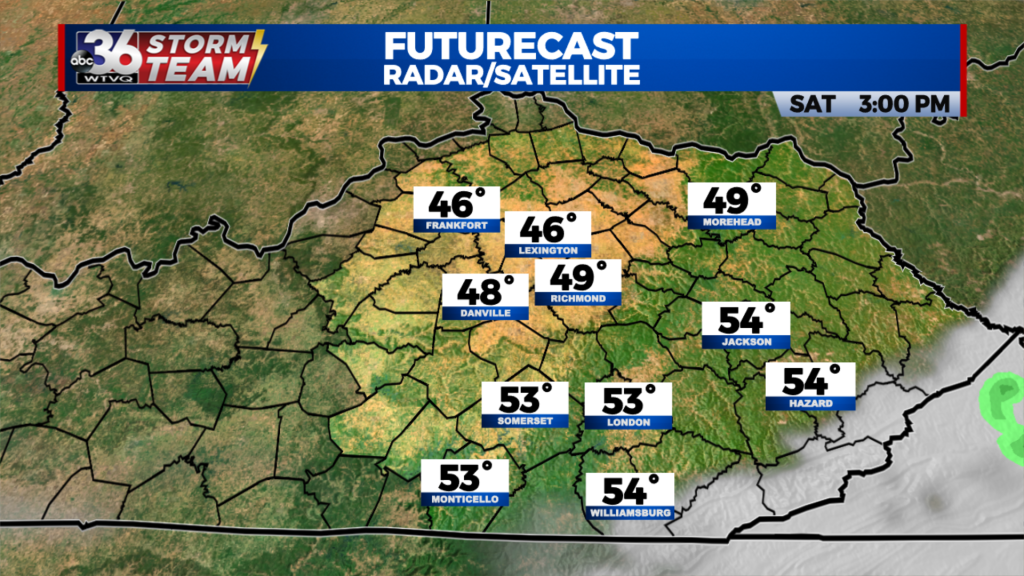 Sunday looks dry and cool with highs in the mid-40s. Clouds may linger across parts of the state, especially down south with more sunshine the farther north you go in the commonwealth. You’ll want to enjoy the dry weather as the moisture quickly returns by late Monday and moisture rides up and over a boundary to our south. This will be a prelude of things to come for much of next week. 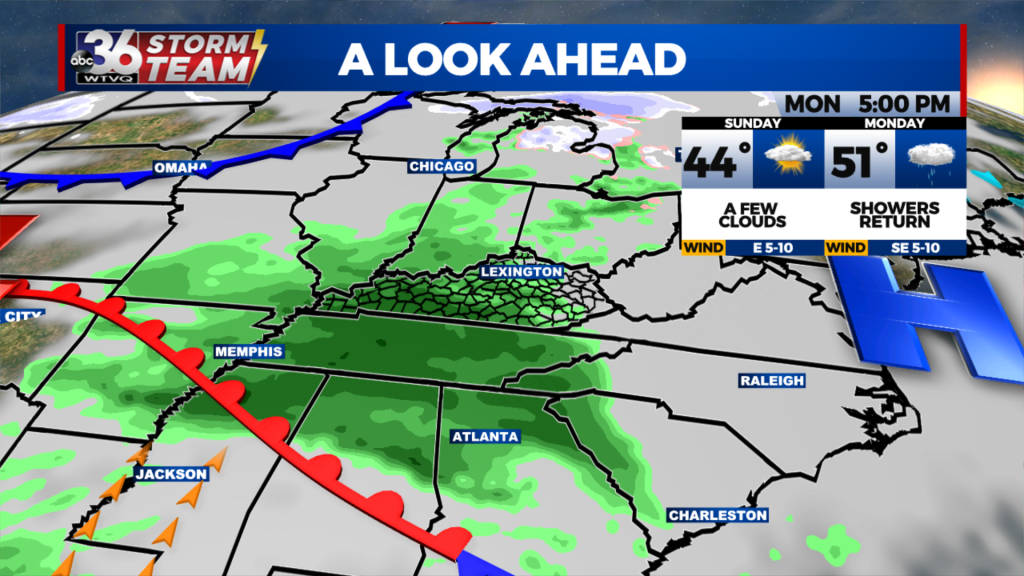 The combination of a stalled out boundary to our south and several waves of energy sliding through the region will keep our weather damp and unsettled much of next week. While it shouldn’t rain all day every day, you’ll want to keep the rain gear handy. By the end of the week we could see some solid 2″-4″ rainfall totals, especially down south. This will really help chip away at the unusually dry conditions that we’ve dealt with since the early part of the fall. 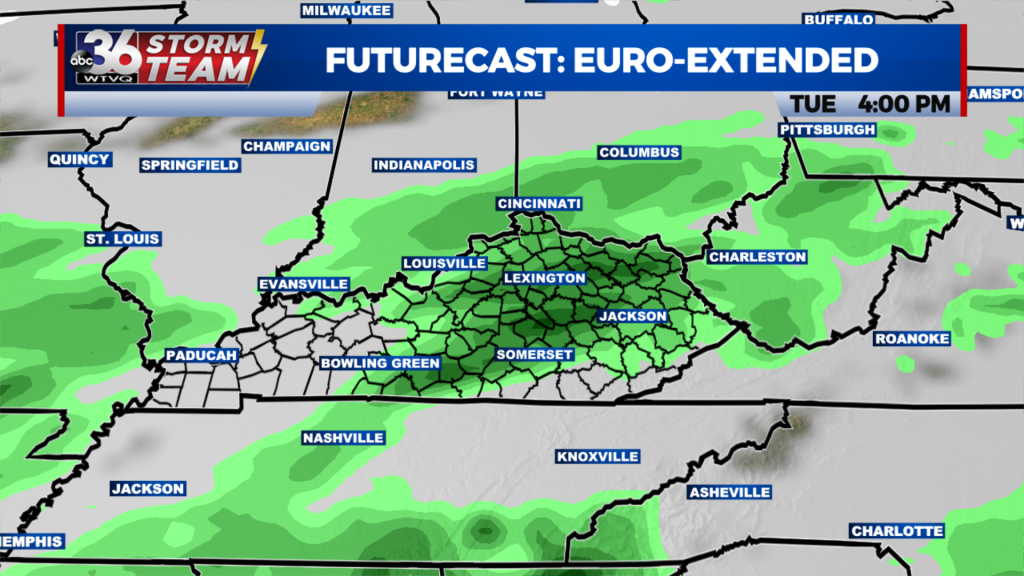 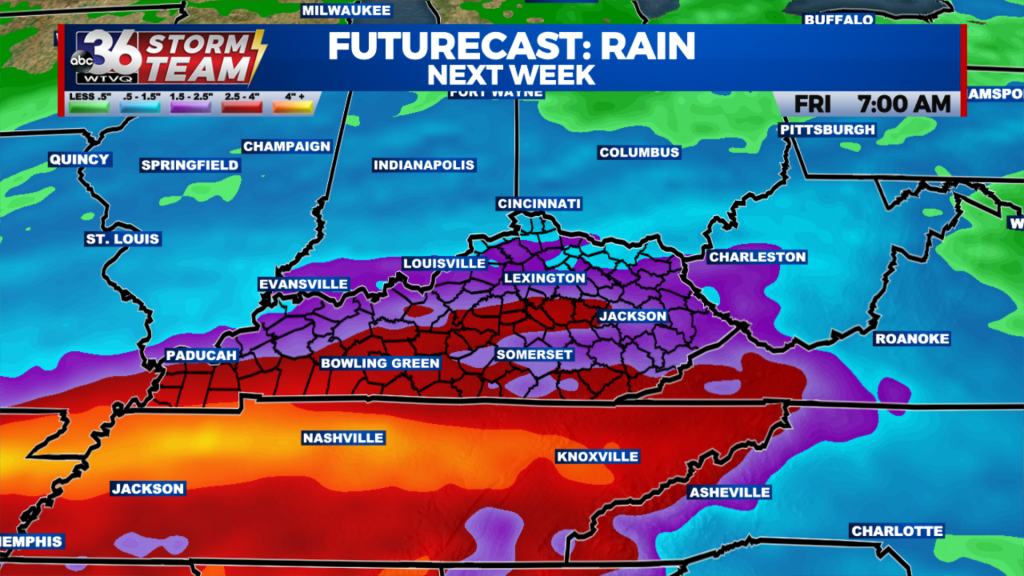 ABC 36 HOUR FORECAST
FRIDAY NIGHT: Windy with scattered rain. Lows in the mid-50s.
SATURDAY: Showers ending, then breezy with falling temperatures. Highs in the upper-50s early then dropping into the 40s late.
SATURDAY NIGHT: A few clouds, much colder. Lows in the low-20s.

A Go Day to kick off the workweek

Our calm stretch of weather continues for a few more days!