Along with the return of the muggy air, expect a better chance for a few showers and storms to creep back into the picture.

There have been no complaints with our weather so far this weekend across Central and Eastern Kentucky as we’ve enjoyed a nice break from the typical heat and humidity that usually plagues the area through mid-August. Thursday was another good one with plenty of sunshine, low humidity levels and warm temperatures. Hopefully you’ve enjoyed it as we’ll slowly see some changes heading into the weekend. 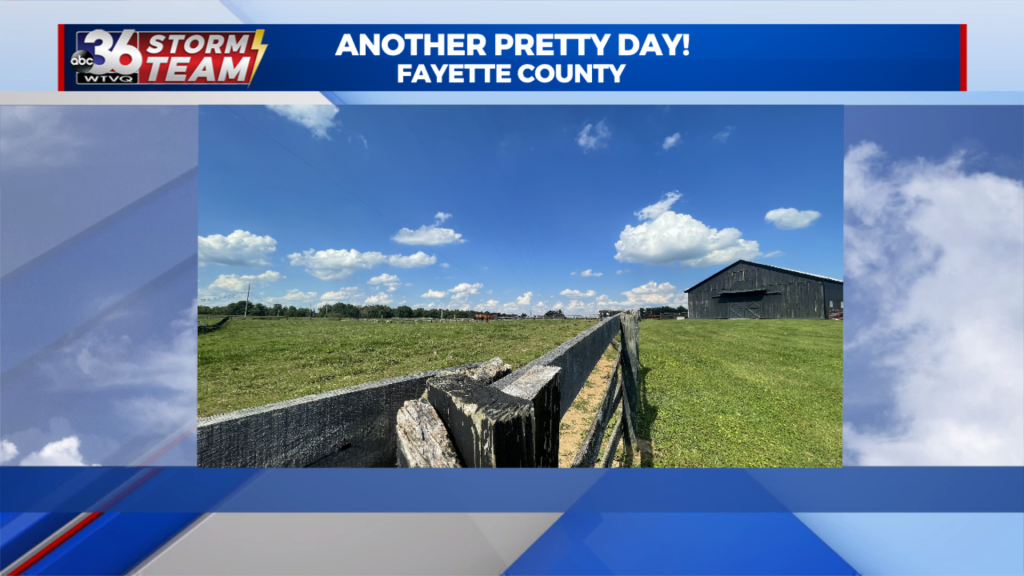 Closing out the week on Friday we should still be in pretty good shape as most locations remain dry and warm with afternoon highs back into the mid-80s. The biggest difference will be the uptick in humidity levels late in the day and that will be a prelude of things to come into the weekend. We could see a few pop-up showers with the afternoon warmth Friday but most locations should stay dry. It’s interesting to look at the “Muggy Meter” below as you see the graph spike up into the humid range this weekend before trailing off again early next week. More on that in a second. 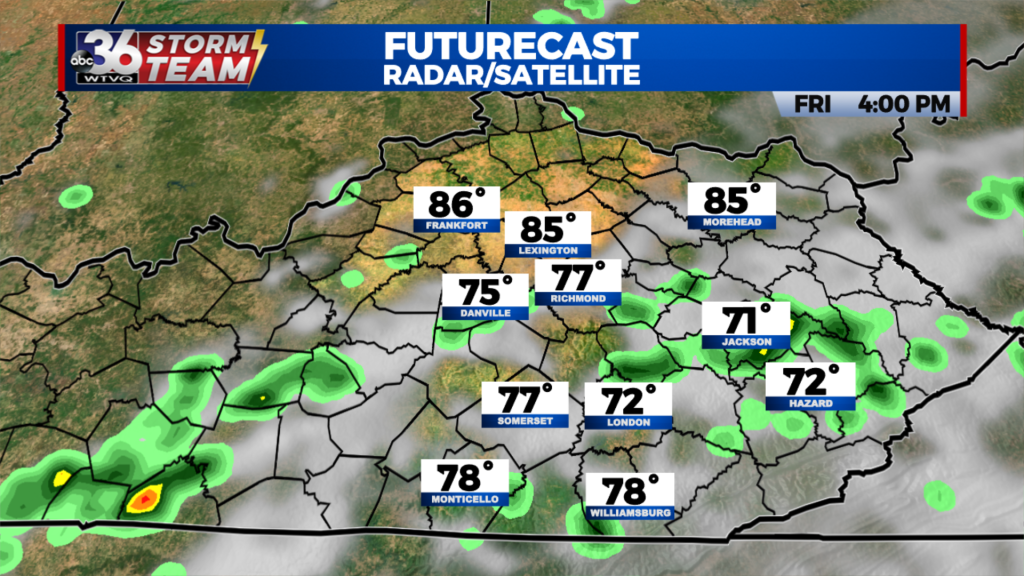 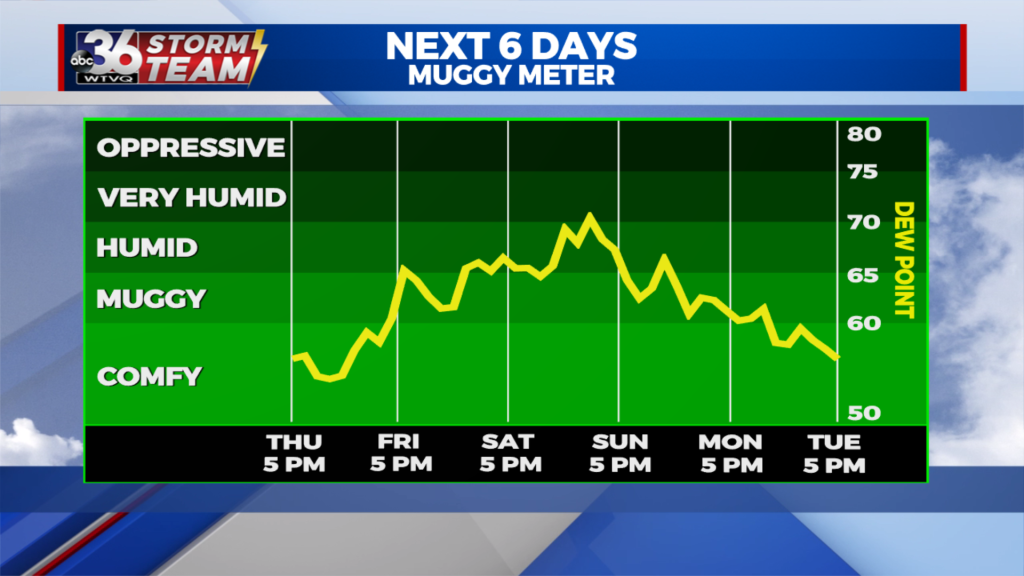 We’ll do the ole “squeeze play” into the weekend with our best chances for organized showers and storms coming on Sunday with a boundary to our south and a cold front off to the north. The biggest change in the forecast is that an area of high pressure may give the weakening boundary to our northwest a nudge through the area, so we could see another push of dry air into the middle of next week, thus the drop in the “Muggy Meter” into the middle part of next week as highs remain in the mid-80s. 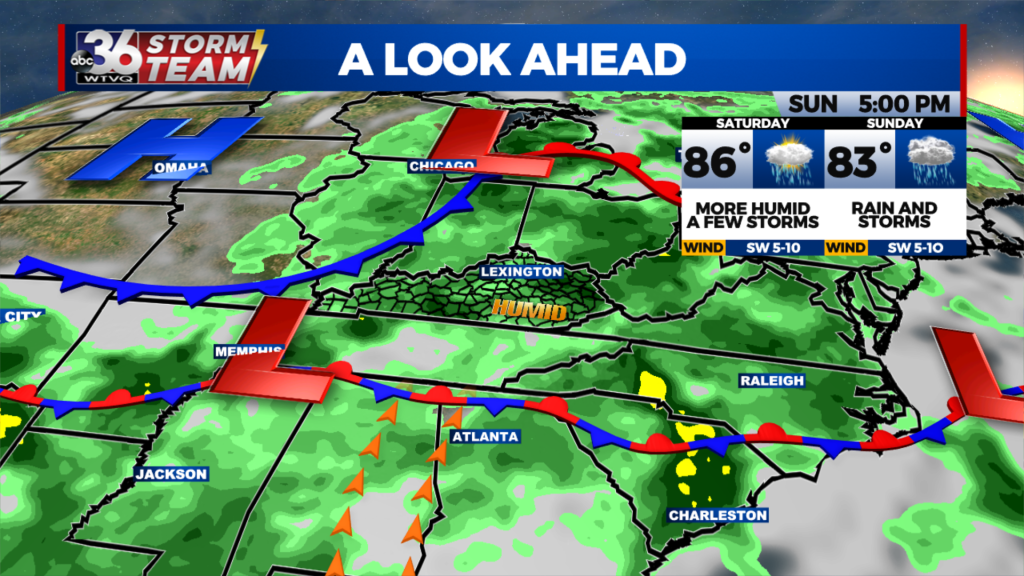 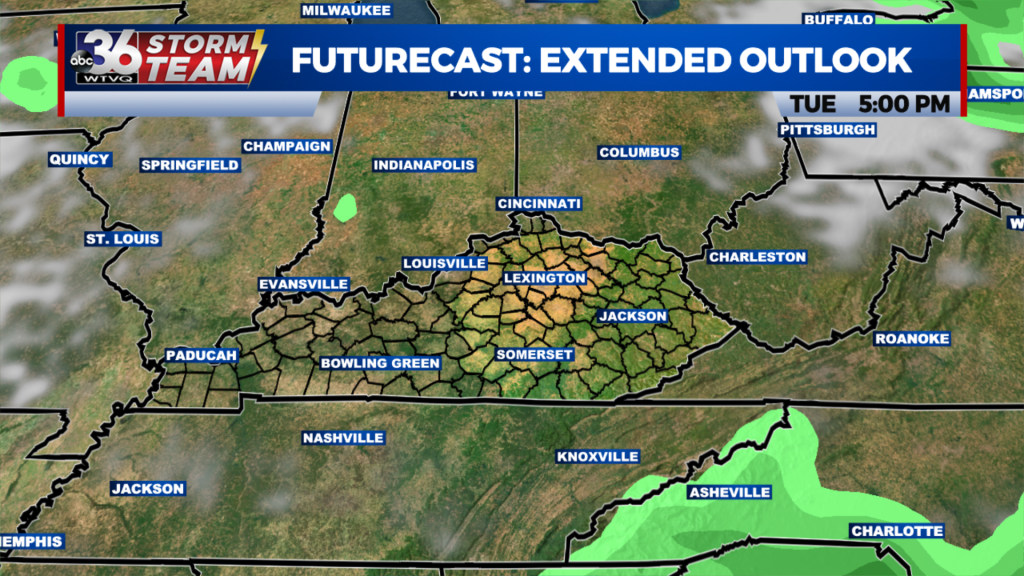 Don’t forget High School Football kicks off across Central and Eastern Kentucky on Friday and the forecast looks pretty decent for all the games around the region. It’s hard to believe the summer is winding down but it’s always exciting to see the pigskin flying around as we head toward  the fall season. Enjoy! 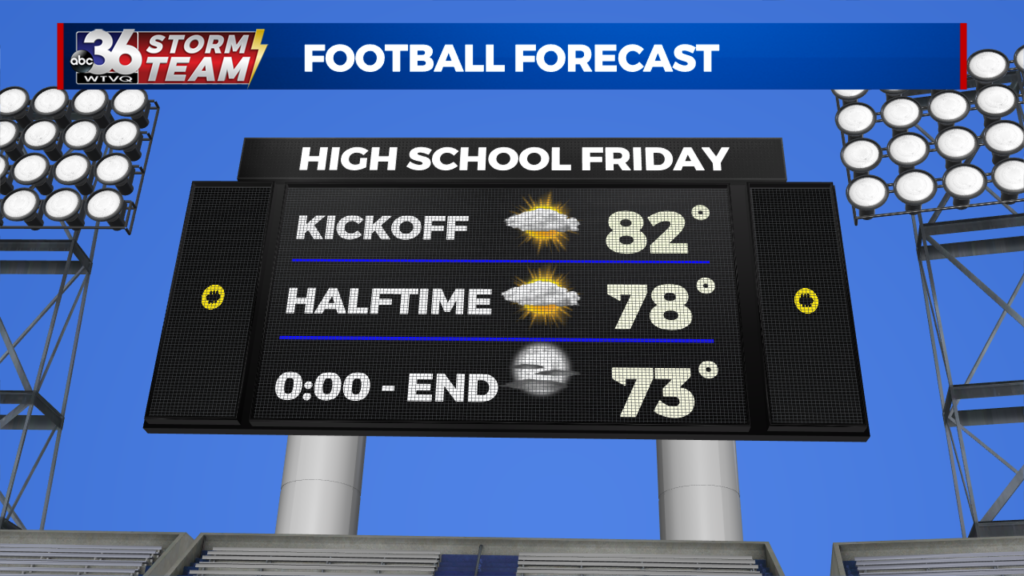