A quick dose of August heat and humidity, but it stays dry into the mid-week

The rain should stay away as folks continue to clean-up from the devastating flash flooding in Southeastern Kentucky, but the heat may be an issue Wednesday and Thursday

We squeezed in a mainly dry Tuesday across Central and Eastern Kentucky which was just what the doctor ordered for the commonwealth, including flood ravaged parts of Southeastern Kentucky where the clean-up continues. A big thunderstorm complex to our northwest weakened out late morning and did nothing more than throw a few debris clouds our way but we still saw plenty of sunshine and highs running into the upper 80s. 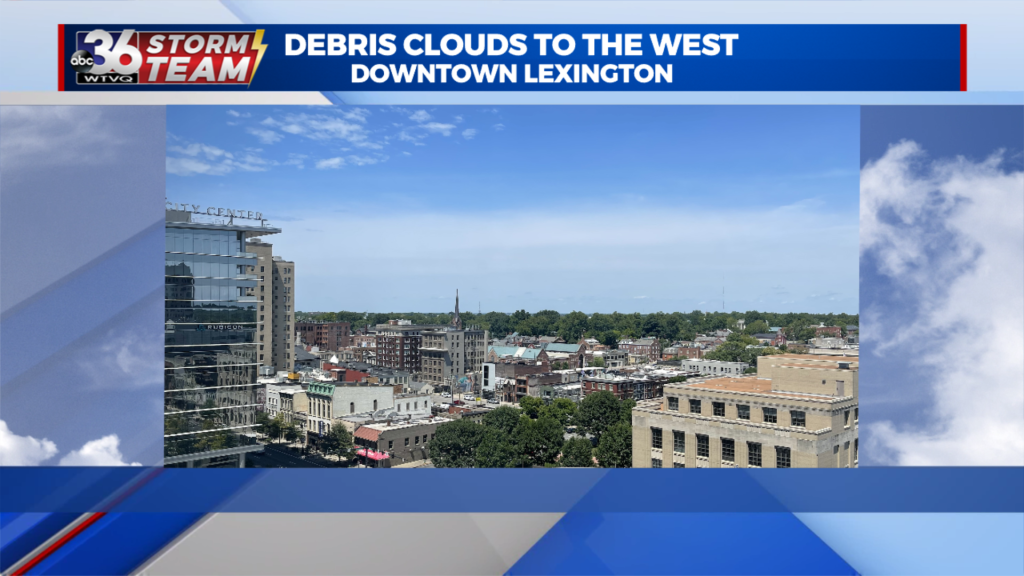 The good news is that it looks dry heading into Wednesday but a hot and humid day is on tap for the entire region. Afternoon highs should run into the low 90s and with lots of moisture around, our “feel like” temperatures through the afternoon could be 100 degrees plus, especially for areas along and west of I-65. It looks like the muggy air isn’t going anywhere, anytime soon. 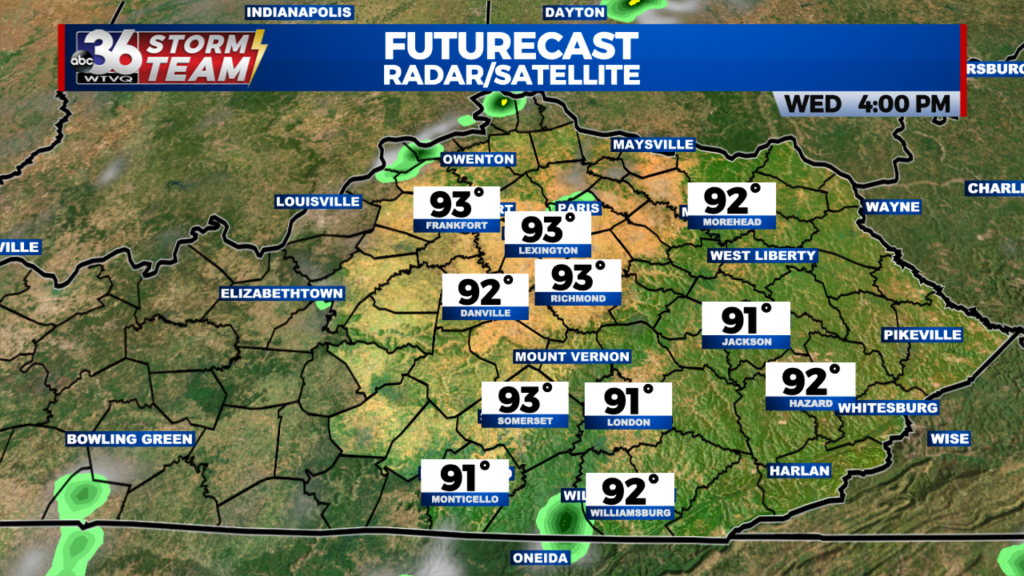 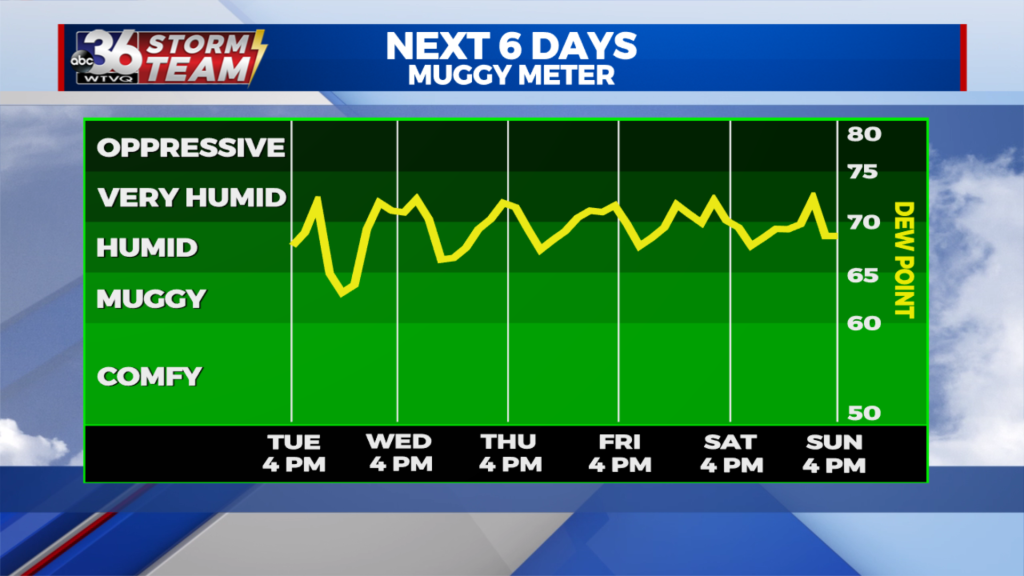 Kudos to the National Weather Service in Jackson for proactively issuing a Heat Advisory from Noon Wednesday until 8pm on Thursday. Even though the criteria won’t necessarily be met, many residents still have no electricity and first responders/volunteers will be spending plenty of hours in the heat the next few days so it is a nice heads up to folks that are trying to help out. Remember to hydrate and wear plenty of sunscreen. 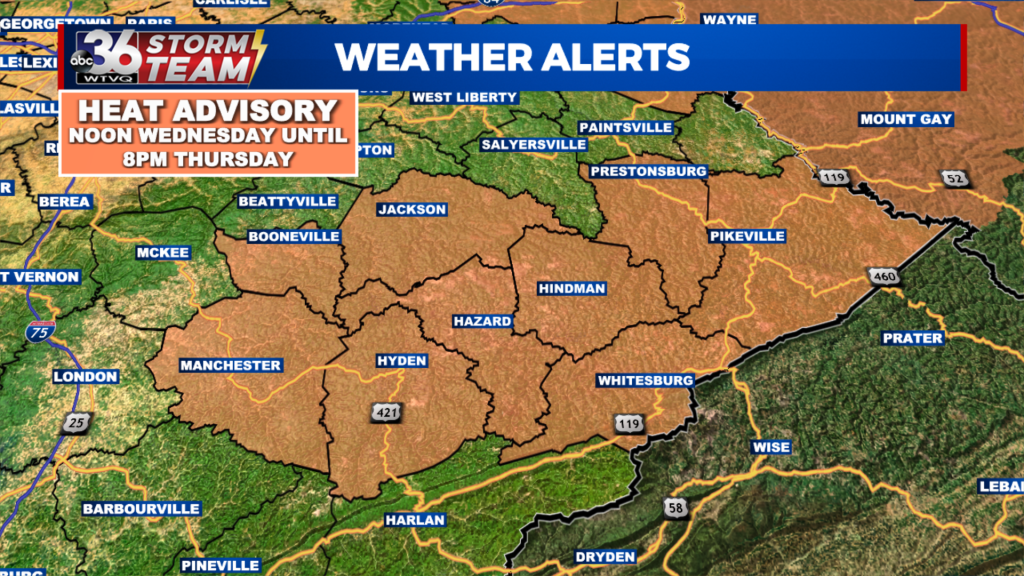 A frontal boundary will drop into the Ohio Valley on Thursday and Friday bringing a return of showers and storms to the area. While the front will eventually weaken out over the area into the weekend, the leftover boundary combined with the heat and moisture should trigger occasional rain and storms into the weekend, although it shouldn’t be a wash-out. 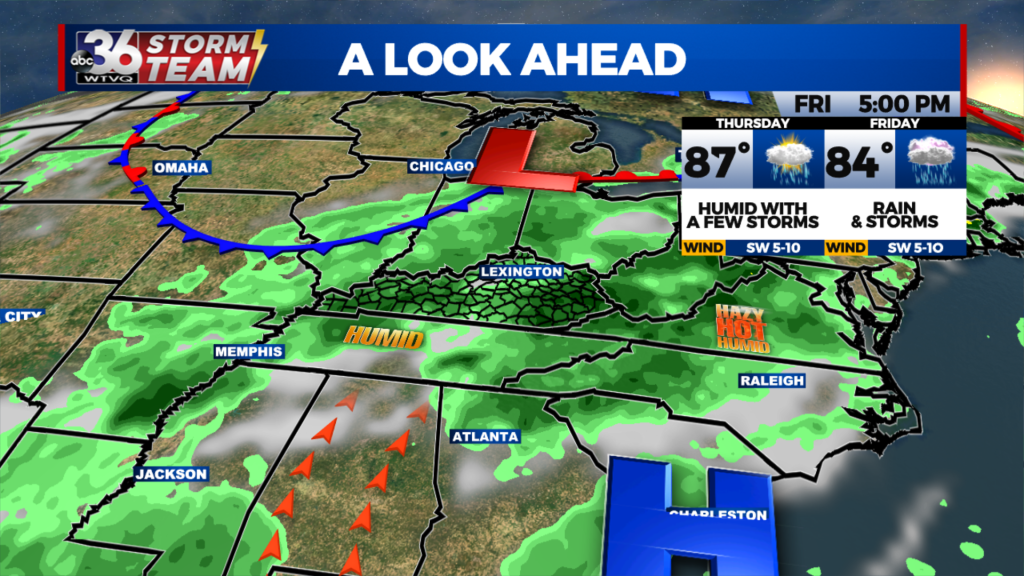