Unsettled weather pattern this week across Central and Eastern Kentucky

It was a nice change of pace across Central and Eastern Kentucky to kick off the week. Gone was the full sunshine and big heat replaced with clouds, showers and storms and cooler temperatures. It was a gloomy day but at least afternoon highs were held in check with temperatures only topping out in the upper 70s and low 80s. 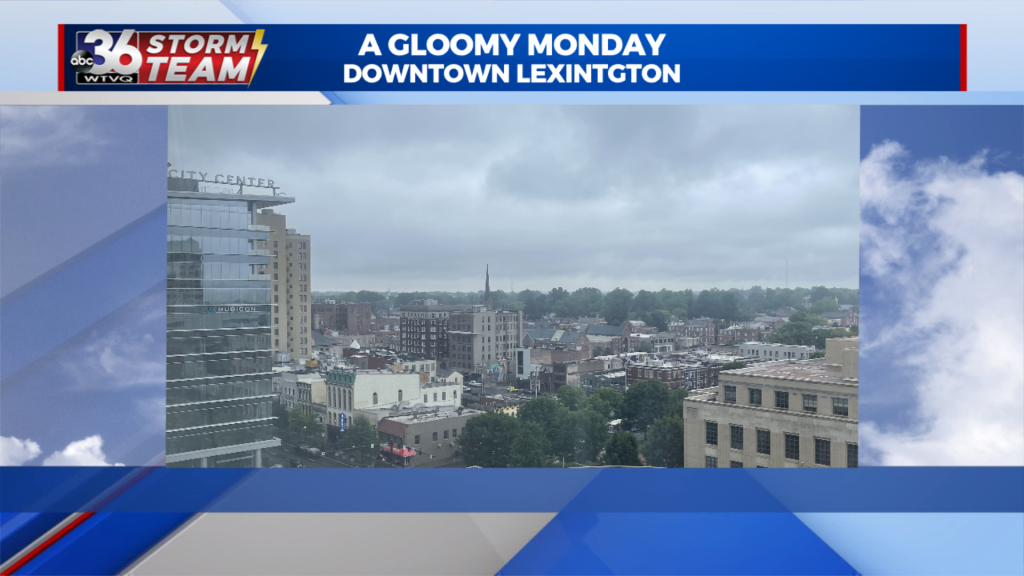 Expect more unsettled weather through the mid-week as several waves of low pressure ride along a stalled out frontal boundary that will hang over the Ohio Valley. It will stay on the muggy side with the front just to our north so with plenty of moisture in place some heavier downpours will be possible with any of the activity that develops. 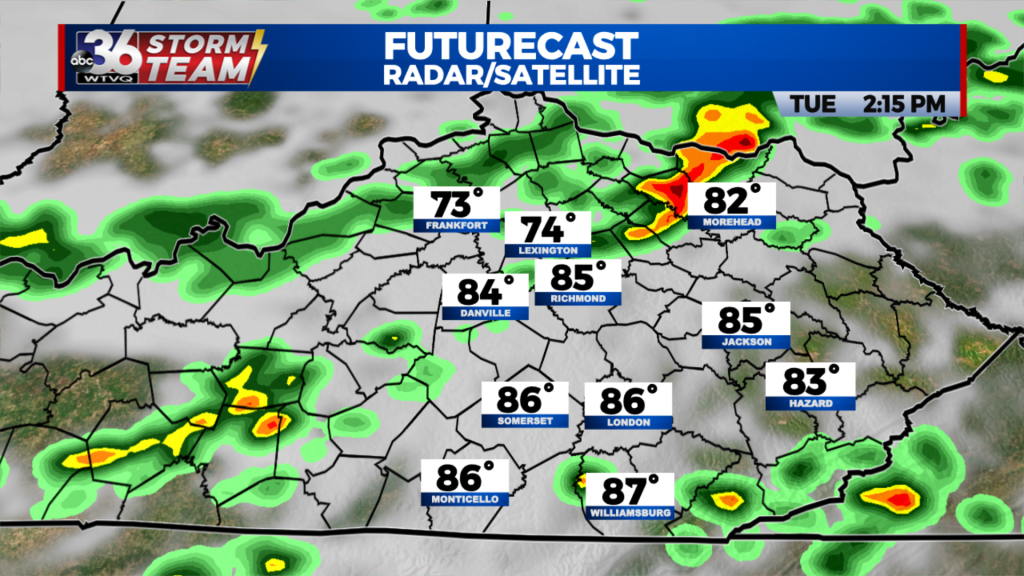 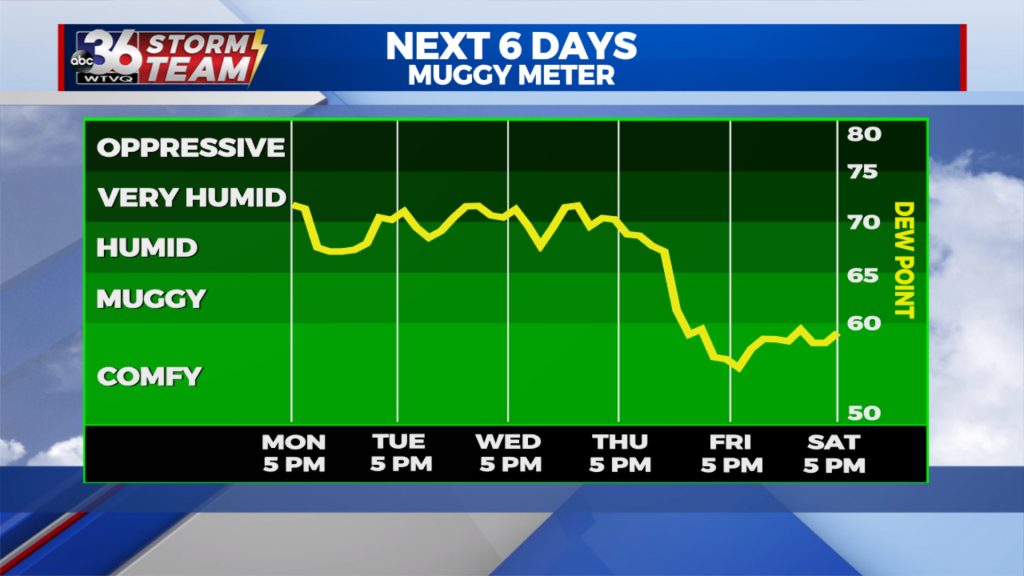 The rain totals may be on the rise as this pattern sticks around for the late week with a brief break possible this weekend. The frontal boundary may work far enough to the south by Saturday and Sunday to bring some drier air into the Bluegrass with a few showers still possible along the Kentucky/Tennessee border. The big story is that we could be looking at widespread 2″-4″ rain totals over the next week so a drought busting rain could be on tap, which would be just what the doctor ordered as we close out July and head into early August. 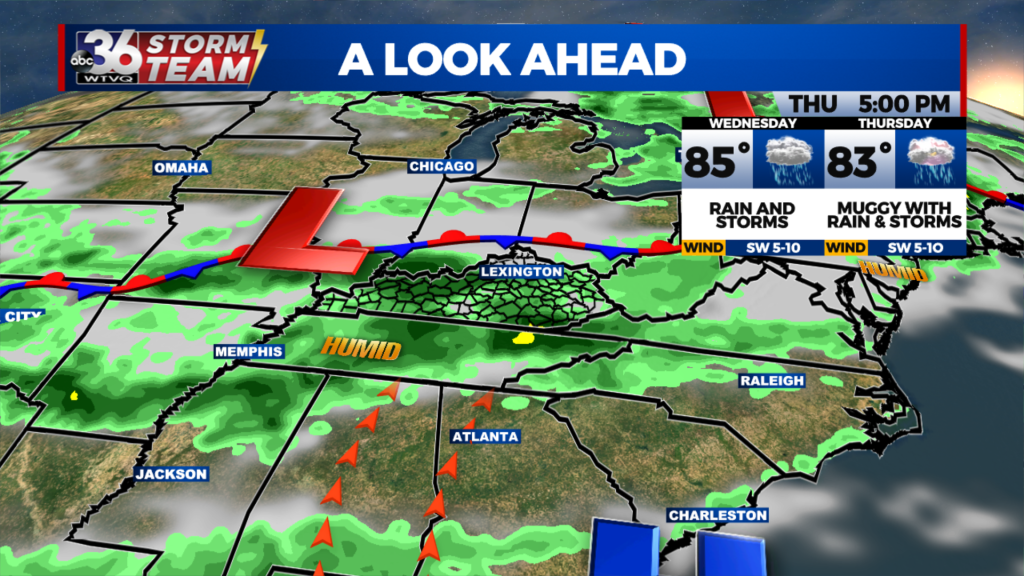 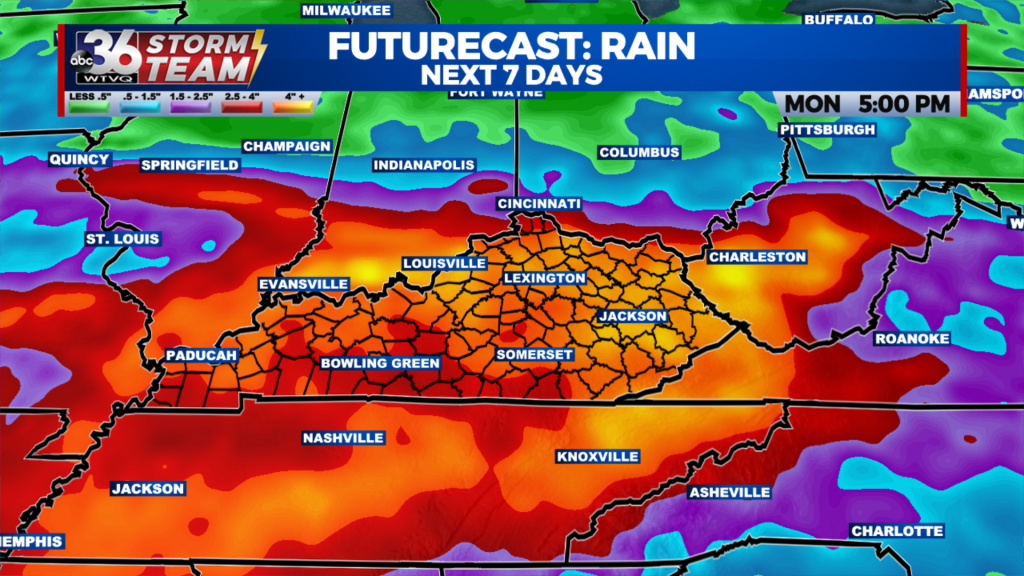