After early morning lows in the 30s, afternoon highs struggled to reach the upper 50s and low 60s Wednesday.

Welcome to the fall season across Central and Eastern Kentucky!!! Even though we saw the official arrival of autumn last week, it has felt every bit like it this week across the area. Early morning lows dipped into the upper 30s in most locations early Wednesday, which were our coldest readings since the spring. Lexington dropped to 39 degrees, which was the coolest morning since back on April 20th. Of course we saw some patchy frost in some of the low lying areas. 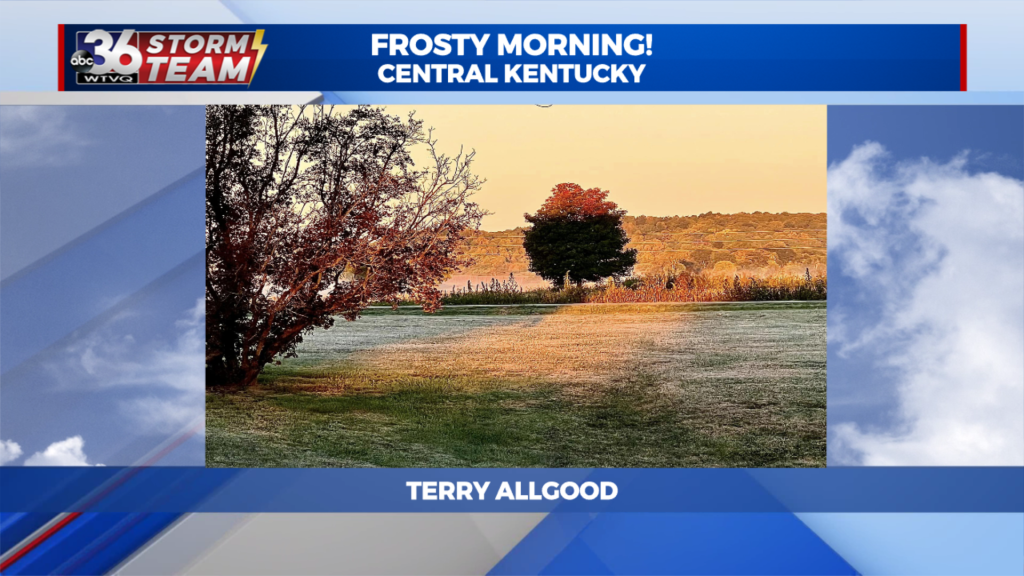 As expected the combination of chilly air aloft and a northeast wind bringing moisture off of the Great Lakes, a mid-level cloud deck masked the sunshine out for a good bit of Wednesday so afternoon highs only reached the upper 50s and low 60s! We should see another chilly night with lows in the low 40s before full sunshine returns on Thursday. This will allow afternoon highs to recover into the upper 60s with a nice northeast breeze in place. 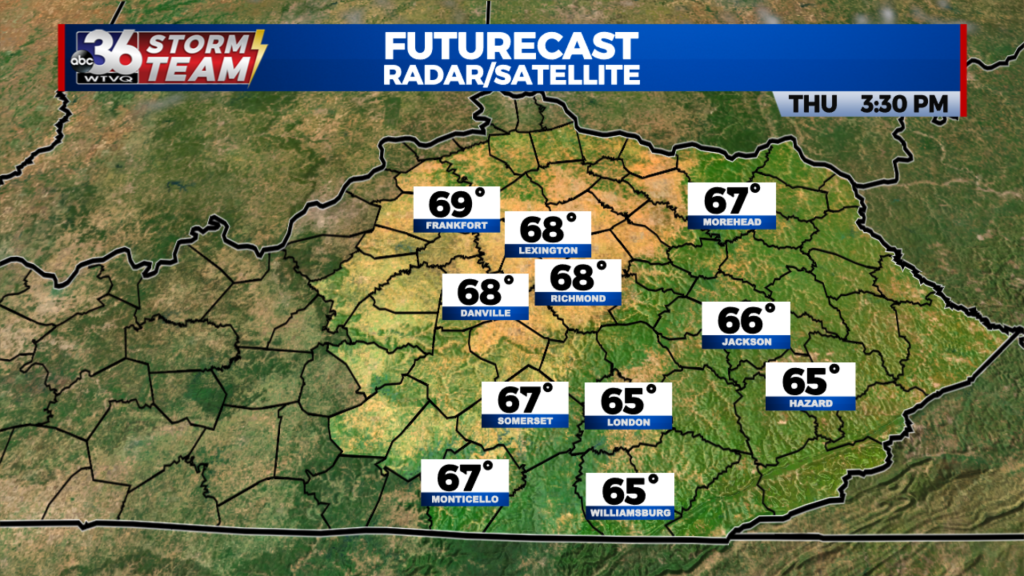 The tranquil conditions will stick around for the remainder of the week with highs climbing back into the low 70s on Friday, despite high clouds for the leftovers of Hurricane Ian increasing across the region. We are still looking at the chance of scattered showers this weekend as the remnant moisture from Ian streams into Central and Eastern Kentucky from the southeast. Areas farther east will see more rain with less expected back into areas west of I-65. 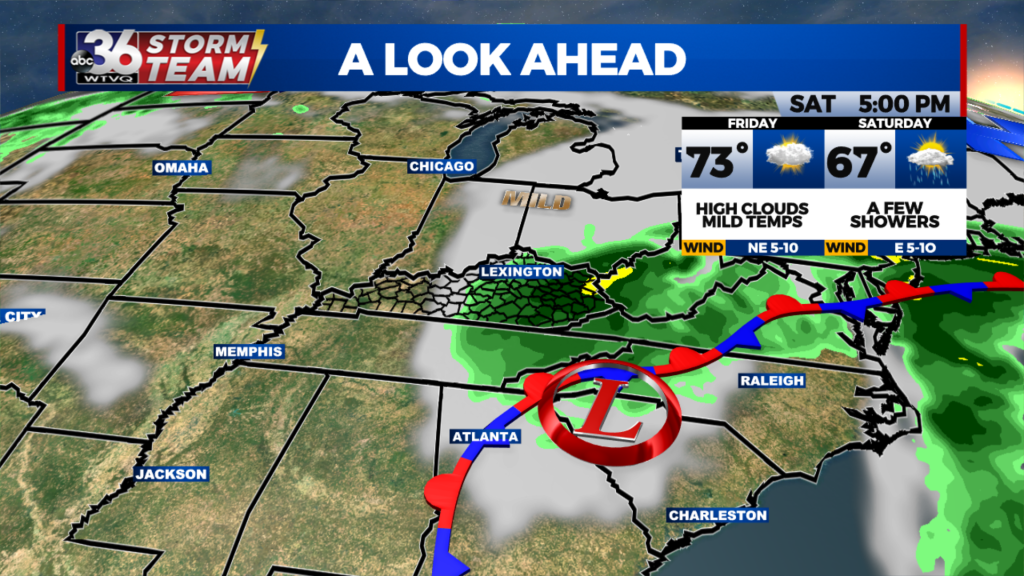 Hurricane Ian made landfall as a strong Category 4 hurricane at 3:05pm Eastern on Wednesday just north of Captiva Island, Florida with sustained winds of 150 miles per hour with highs gusts. The storm had spiked up in the early hours of Wednesday and was on the verge of a Category 5 hurricane with 155 mile per hour max winds just prior to landfall. Here is the radar image at landfall below. 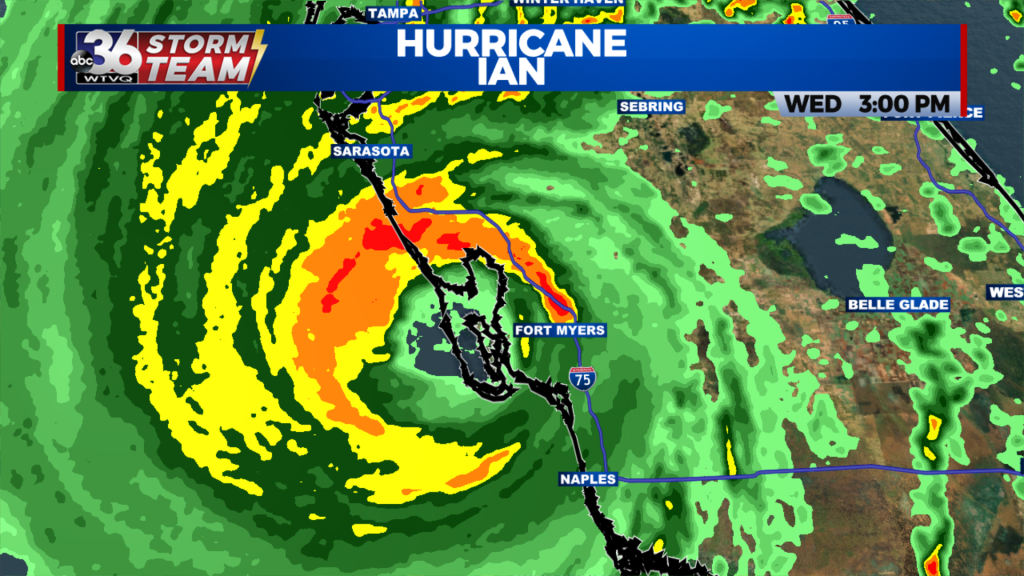 Unfortunately areas like Fort Myers Beach, Sanibel Island and Captiva Island took the brunt of the storm surge and wind, so the damage will likely be catastrophic once the storm exits and damage assessments can begin. Many folks from Central and Eastern Kentucky vacation in that area so it is particularly difficulty to imagine what kind of damage will be left in Ian’s wake.

Ian will continue to weaken but produce massive amounts of heavy rain and flooding in interior sections of Florida and could hold close to hurricane strength as it heads up toward Daytona Beach into Thursday. The storm will then enter the Atlantic Ocean and make a second landfall around Hilton Head Island, South Carolina on Friday before heading inland and finally weakening. The leftovers from Ian will move northward at that point and bring our potential rainfall for the weekend. Blessings to all those impacted in Florida. 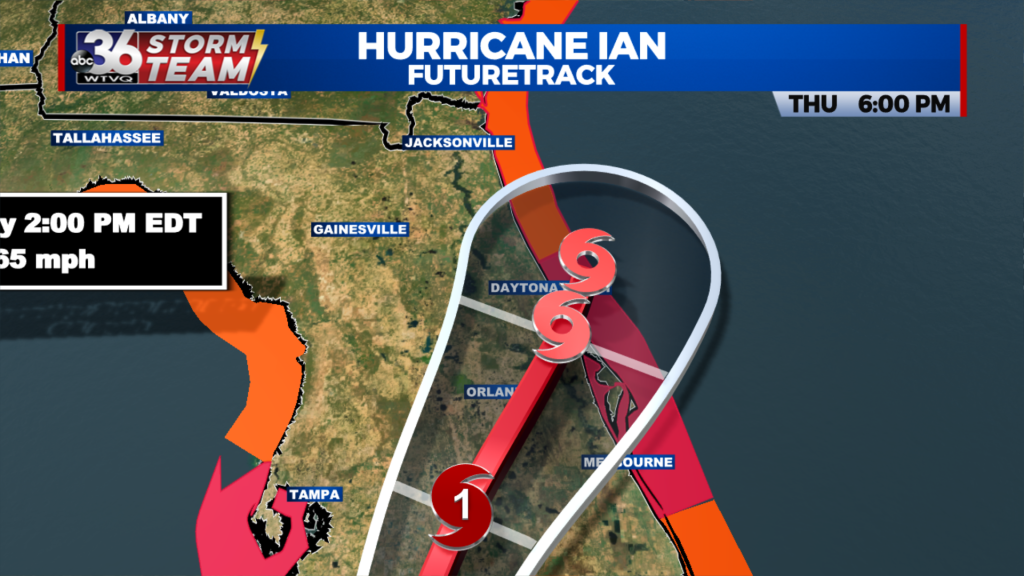 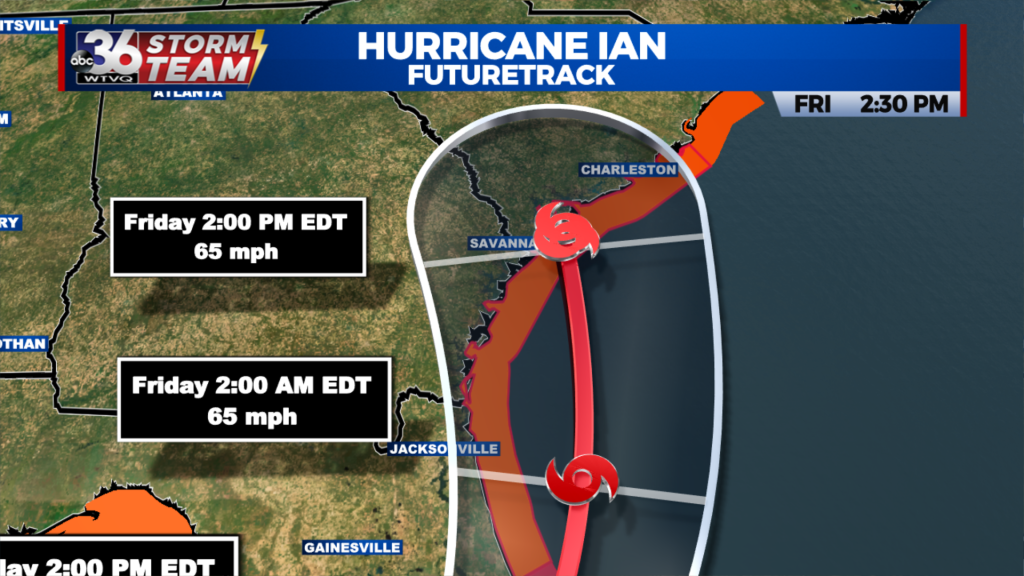 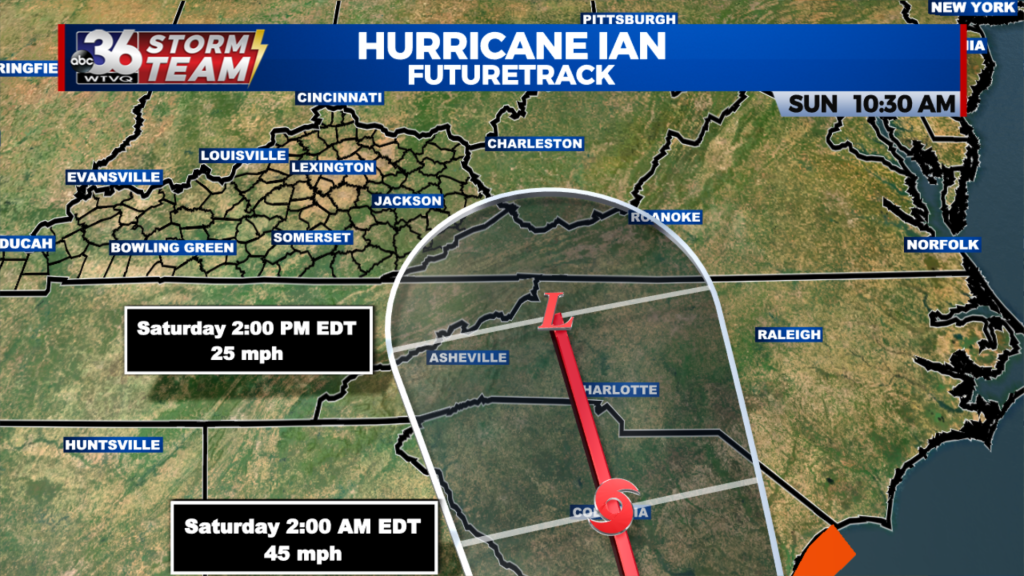 Dry and mild weather sticks around for Thanksgiving