Highs will jump back into the 90s but unlike the heat wave last week, humidity levels won't be off the charts!

After a sneak preview of the oppressive summer heat and humidity last week across Central and Eastern Kentucky, we are actually heading into the summer season officially early Tuesday morning and Mother Nature will give us a reminder that we are getting pretty deep in June the rest of this week. 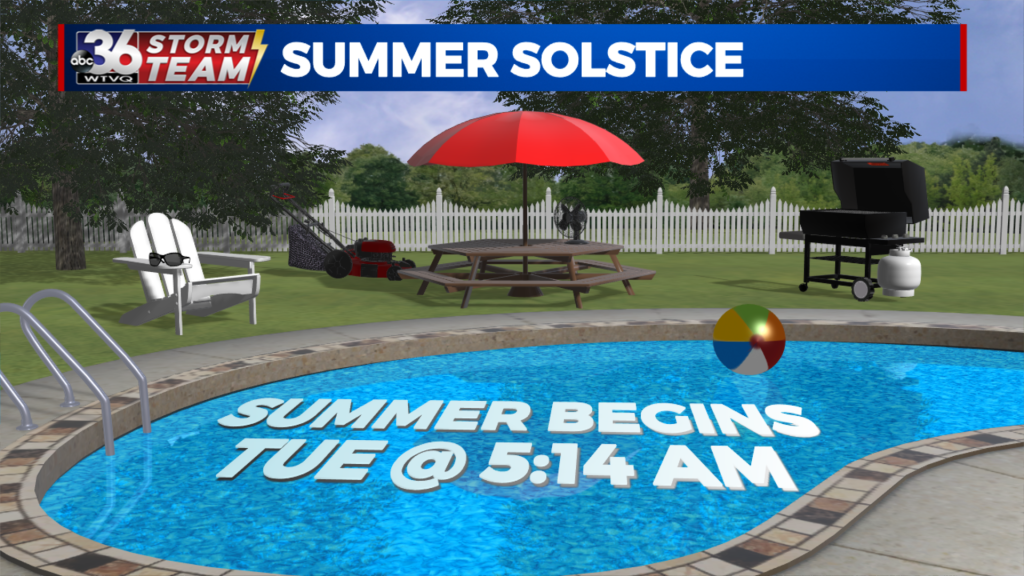 The biggest difference this trip is that the humidity levels will be significantly lower than the off the charts muggy weather from last week. Instead of dewpoints in the mid to upper 70s making conditions nearly unbearable, we’ll have more manageable numbers with readings in the mid to upper 60s. Sure it’s going to be hot with afternoon in the low 90s and it will feel like summer but at least the discomfort factor won’t be quite as bad. 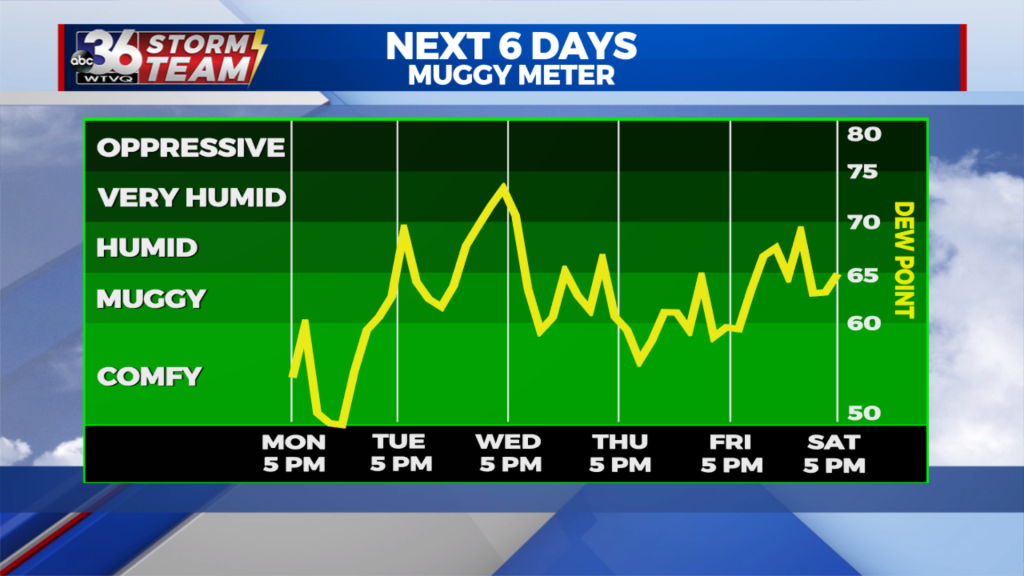 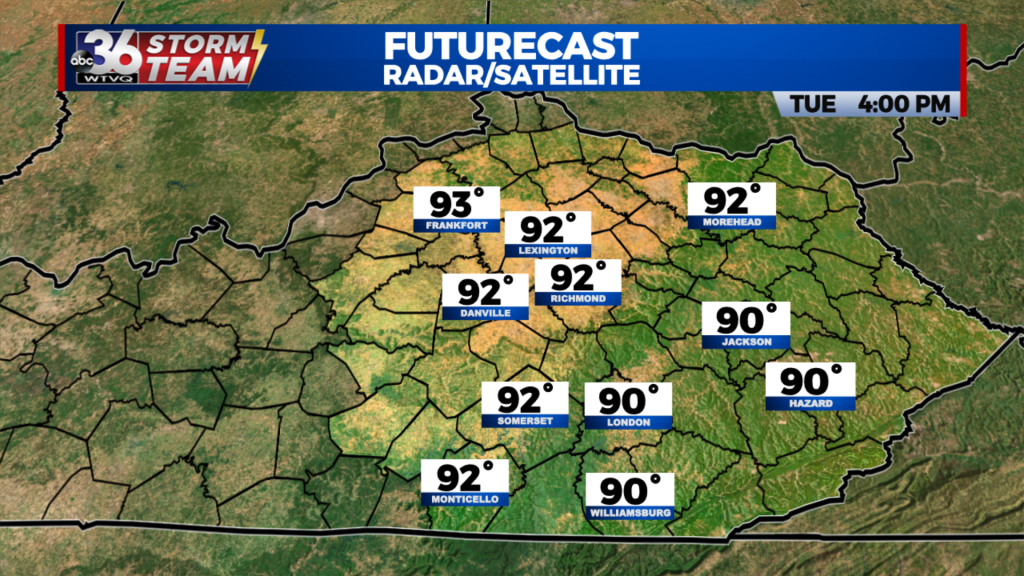 The most uncomfortable day of the week will be Wednesday as a bit more moisture and humidity pool ahead of a ” cold” front dropping in from the northwest. Highs should reach the low and mid-90s and it will feel quite muggy so keep that in mind. Hopefully we’ll catch a few showers and storms given that it has been fairly dry across the region of late. There won’t be any big temperature change on either side of the front but at least humidity levels will back off again with highs in the upper 80s to around 90 degrees on Thursday. 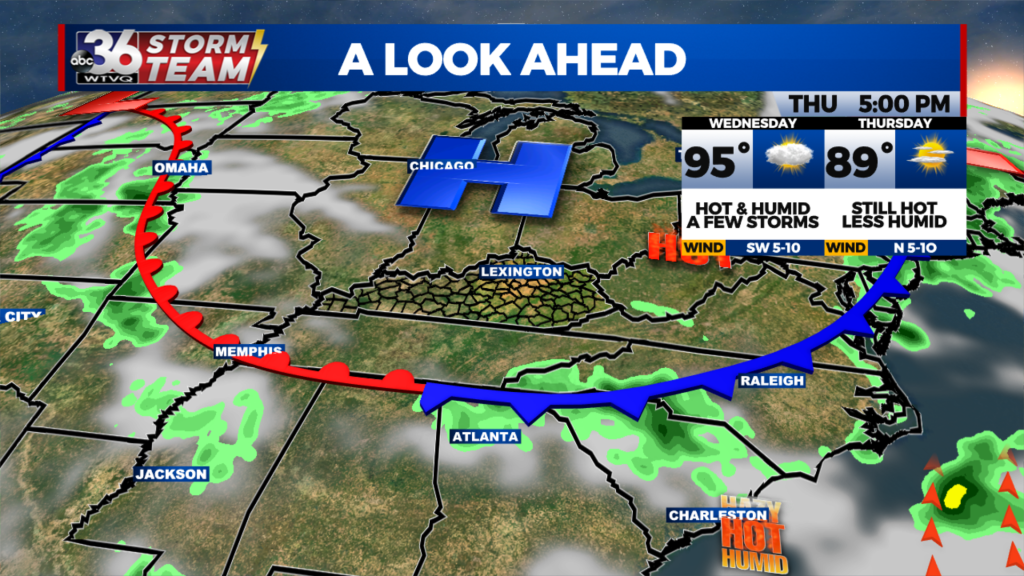 The heat builds back late week and into the weekend before another frontal system makes a run into the Ohio Valley by Sunday. This may serve as our best chance for showers and thunderstorms over the next 7 days with slightly cooler air into early next week! 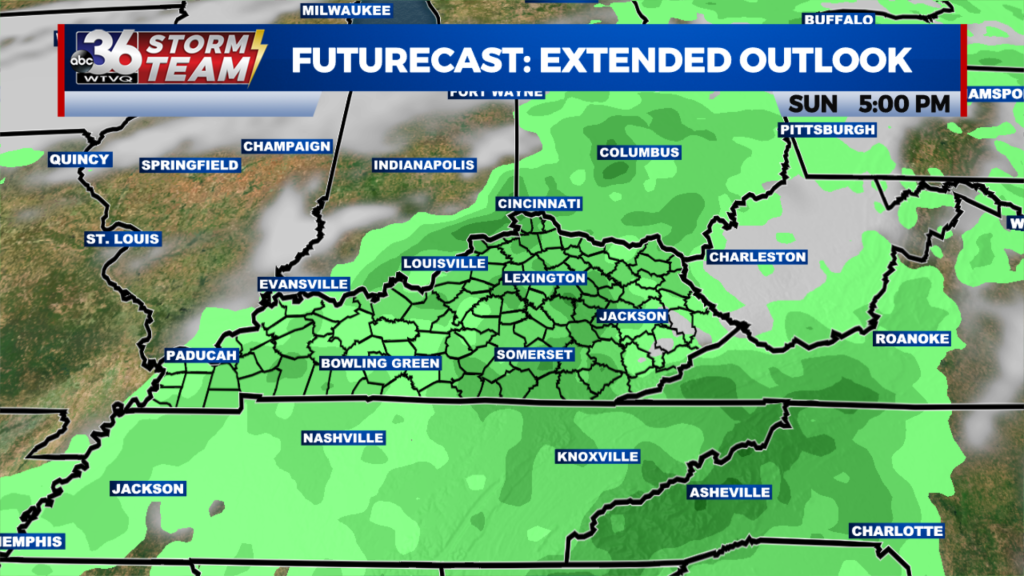