Even though not everyone saw much needed rain, those that did dealt with torrential downpours and lots of lightning

The heat continued to build across Central and Eastern Kentucky as folks got back into the swing of things after the long 4th of July weekend. Mother Nature had temperatures blazing around the region with mid and upper 90s in many locations.

Some folks got some much needed relief in the form of heavy rain producing thunderstorms. That cooled temperatures down quickly but it was almost too much of a good thing too quickly as wee saw some minor, localized flood issues.. The heat will stick around into the mid-week along with the humidity levels staying in the very humid to oppressive range. 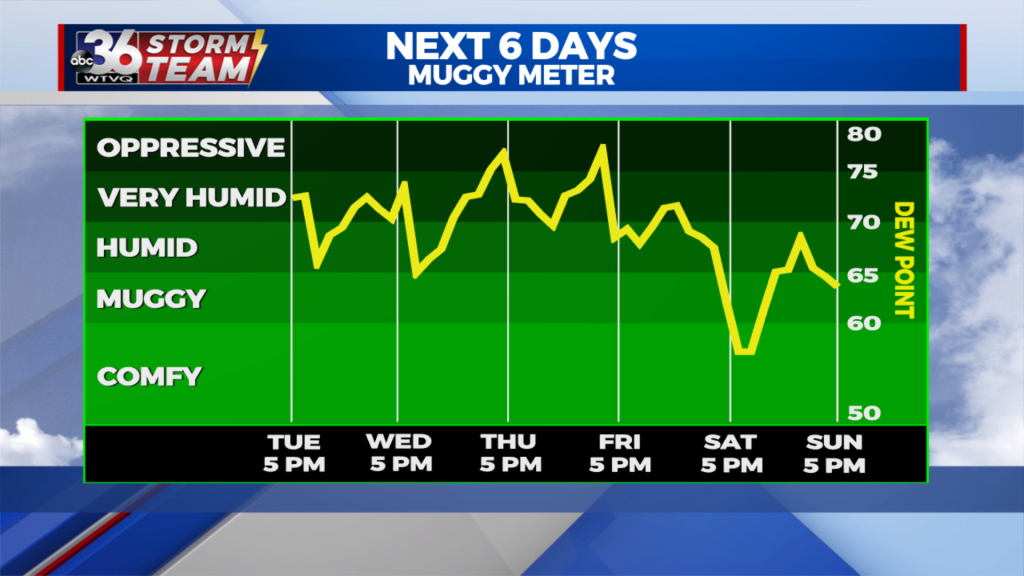 With a frontal boundary to our north and a series of thunderstorm complexes moving along it, that set-up should help fuel additional rain and thunderstorms across Central and Eastern Kentucky into Wednesday. While the activity doesn’t look to be widespread, those lucky enough to catch some rainfall should expect more heavy downpours and lots of lightning. The Storm Prediction Center has the entire area under a Level 2 risk (out of 5) for severe weather on Wednesday, with Eastern Kentucky looking at the same risk factor for Thursday. Damaging winds and heavy rain will be the primary threats. 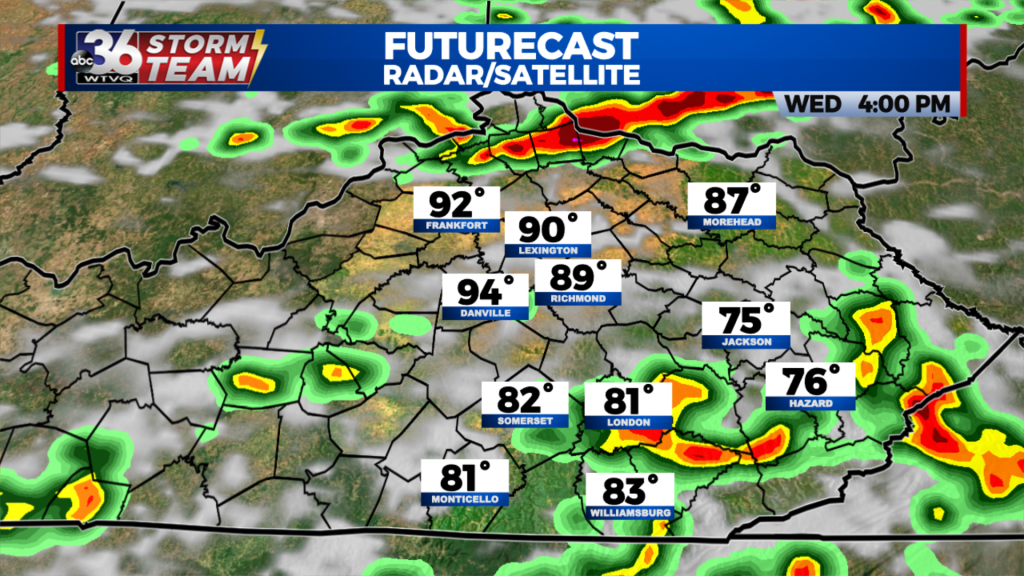 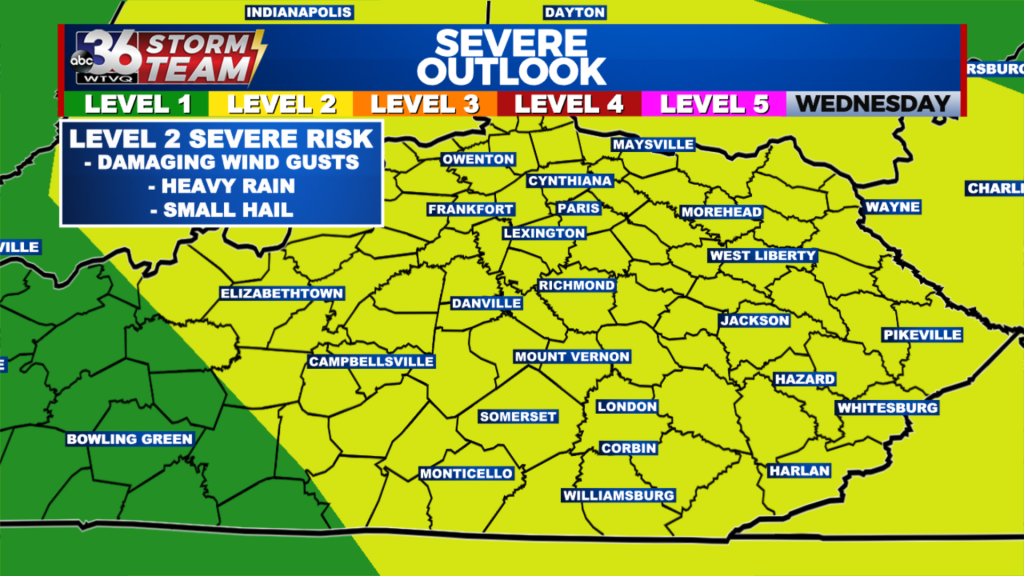 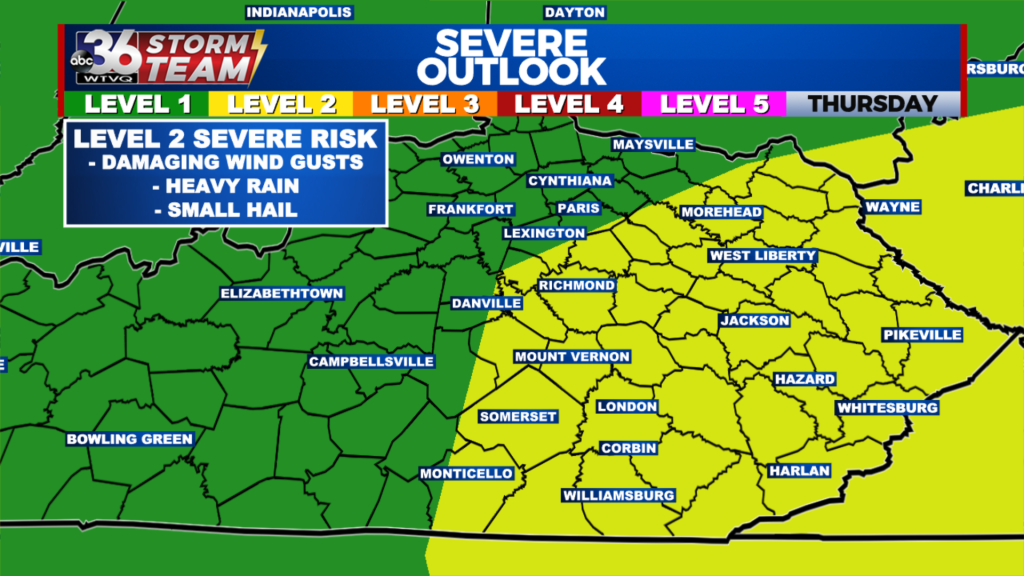 We should see a brief break by the second half of the weekend as a wave of low pressure finally drags the frontal boundary down through the Ohio Valley and to our south. This will open the door for a quick break from the heat and humidity with afternoon highs in the mid-80s Sunday and manageable humidity levels. It won’t last long as typical July conditions return into next week! 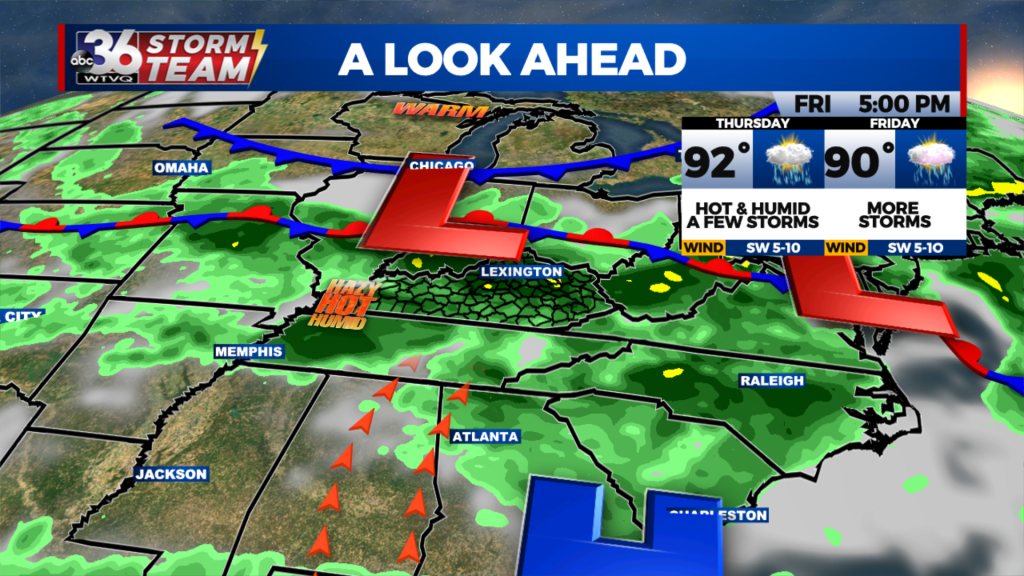