Right on cue, summer arrives with plenty of heat!

The only saving grace is that humidity levels have remained fairly low compared to the oppressive conditions of last week.

The summer season officially arrived early Tuesday morning and Mother Nature followed suit with a hot and dry day across Central and Eastern Kentucky. Afternoon highs reached the low 90s in most spots but with humidity levels low due to some drier air, it wasn’t extremely oppressive like this time last week when it was uncomfortable to be outside for any length of time. With a frontal system approaching the region Wednesday, expect a bit more humidity as temperatures run into the mid-90s so the A/C will need to be cranked up big time once again. 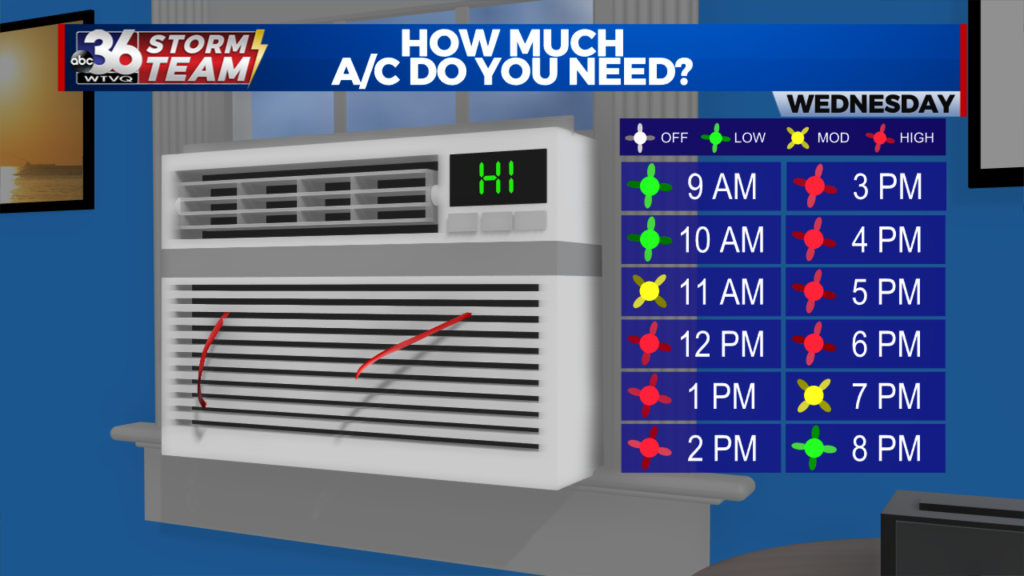 A few storms will be possible late afternoon and early evening on Wednesday as the “cool” front drops into the area. Any storms that fire could produce some locally heavy rain, gusty winds and small hail. Unfortunately we aren’t expecting widespread activity when we could use some rain as we are starting to dry out. 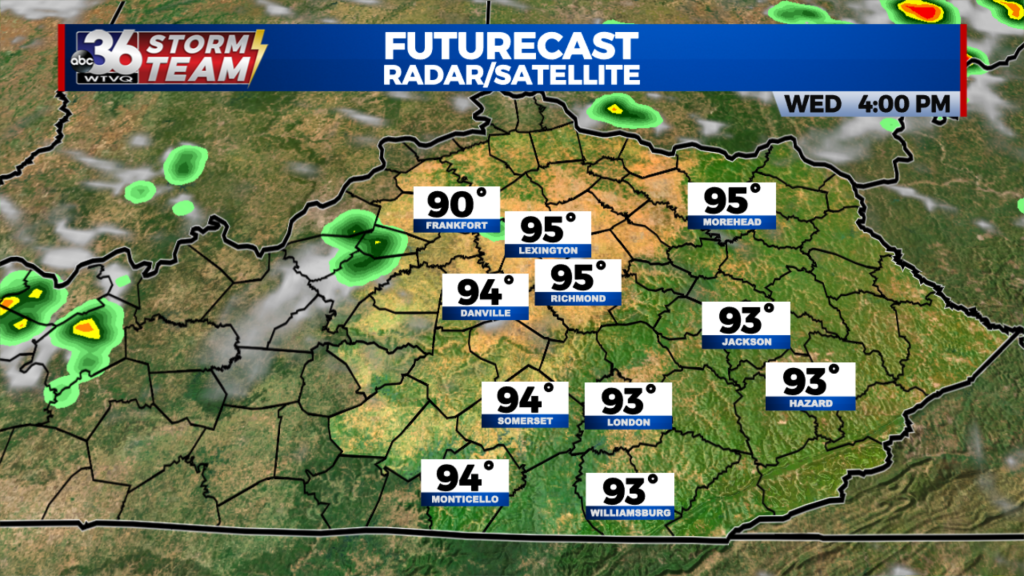 Once the front clears, temperatures and humidity levels will back off for the late week before the heat returns into the weekend. As the graph illustrates below, it will be hot, but not very humid so that should make things manageable for any outdoor plans. 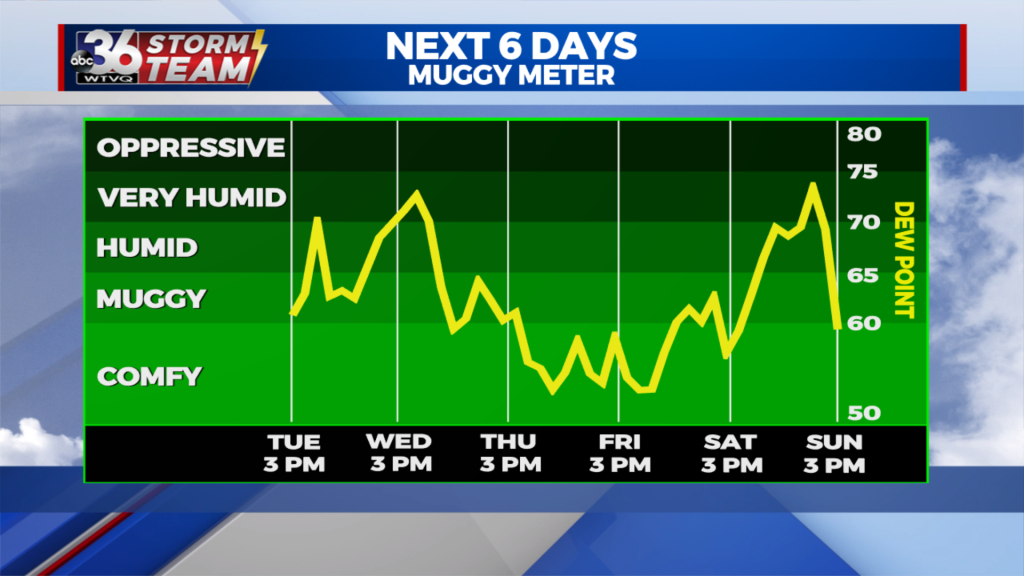 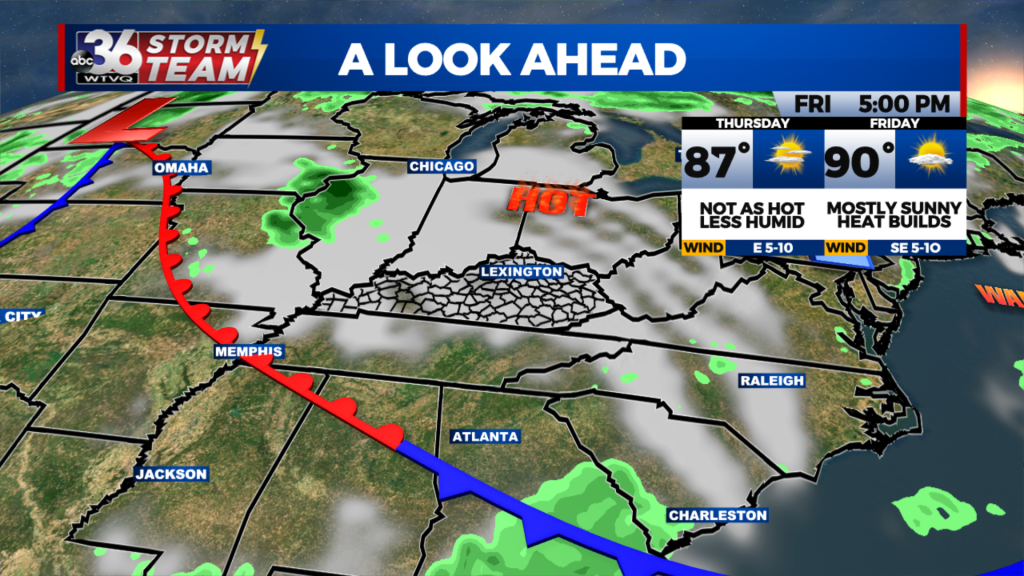 Another frontal boundary heads our way on Sunday, this time with a better chance for more widespread showers and storms. As mentioned before, things are really starting to dry out across Central and Eastern Kentucky so we could use a little water in the ground. In the meantime, make sure and stay cool in the coming days! 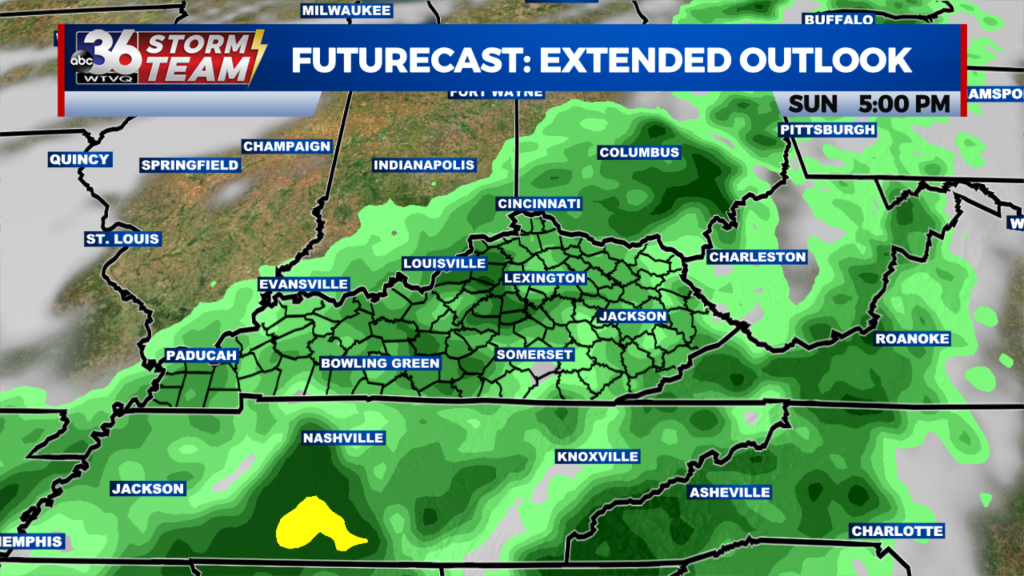