High should be well into the 90s by early next week with heat indices flirting with the century mark!

It was a little damp in spots to finish out the week across Central and Eastern Kentucky as a wave of energy moving through brought mainly light to moderate showers on Friday. This system should be in and out pretty quickly and at this point most locations look dry this weekend, although there may be a few exceptions to that. 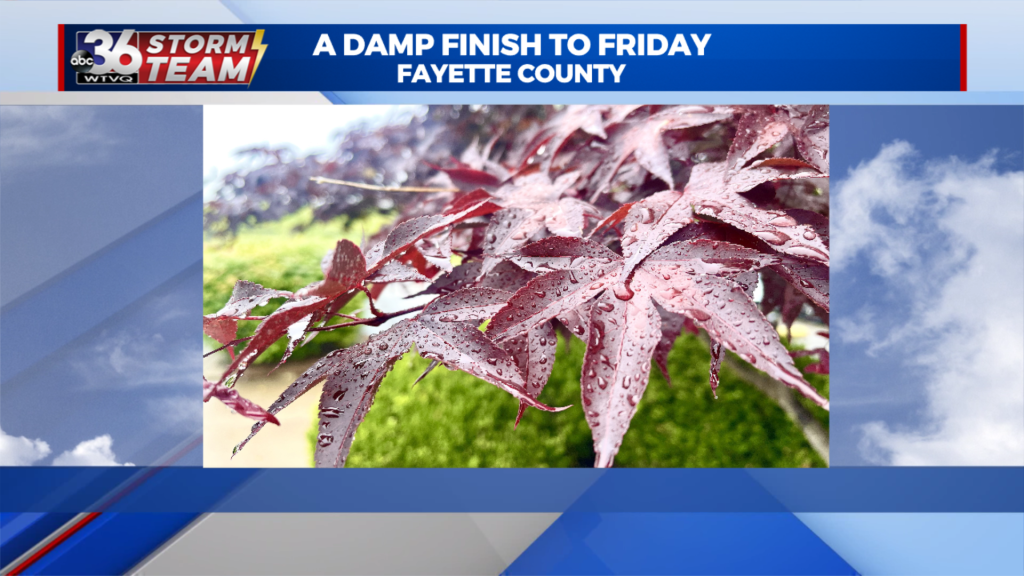 With some mid to upper level energy sliding through the region, expect a mix of clouds and sunshine Saturday as afternoon highs may a run for the 80 degree mark. While some of the data indicates an isolated shower or two can’t be ruled out, it appears the bulk of the area will be dry. 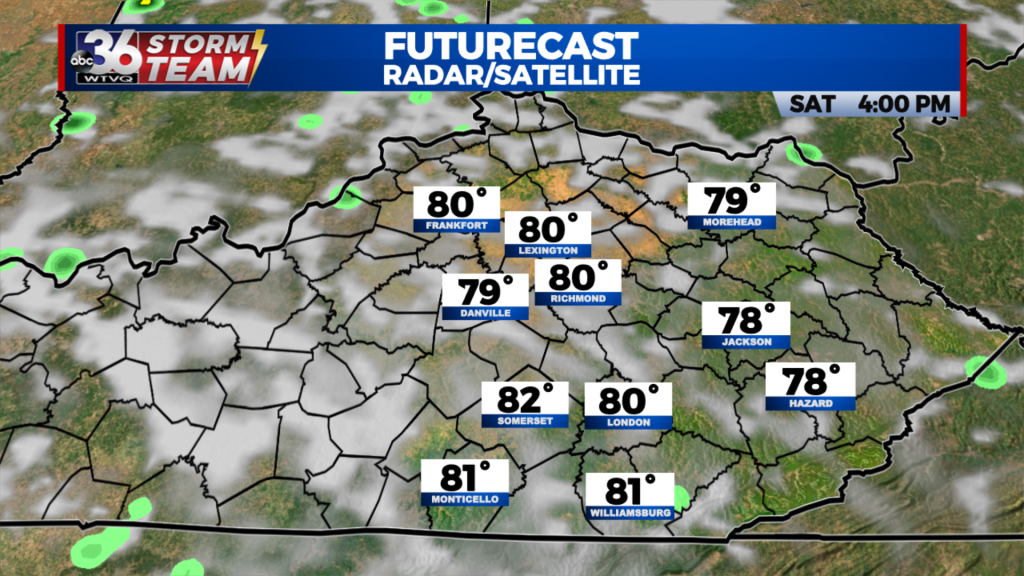 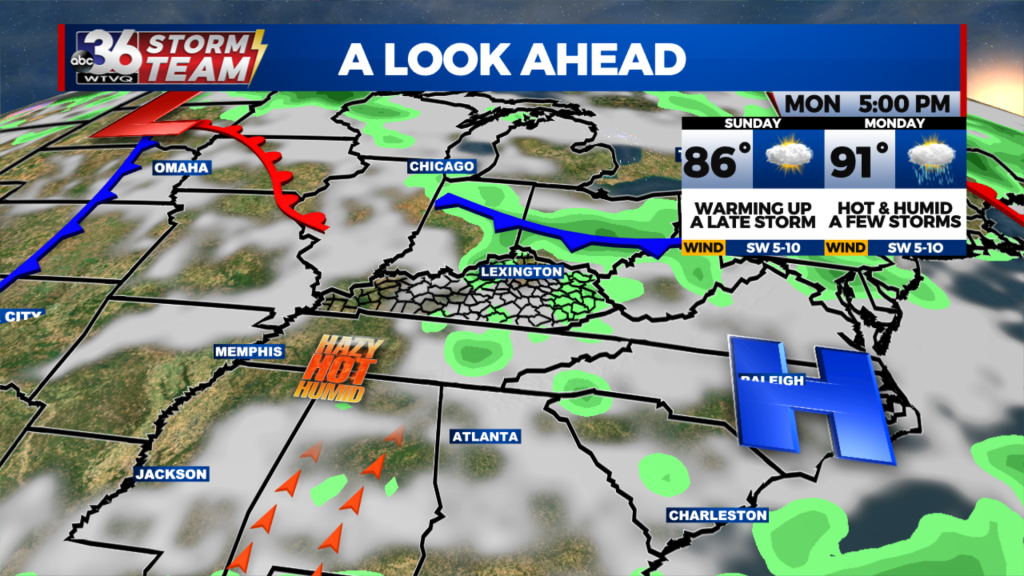 The big story next week will be heat and humidity returning to the eastern part of the country. As the big ridge of hot and humid air builds into the Ohio Valley, it’s going to feel more like July or August instead of mid-June. Afternoon highs should top the 90 degree mark by Monday before surging into the low and mid-90s Tuesday and Wednesday. Add in the humidity levels and our heat indices could top the 100 degree mark into the middle of next week so you’ll want to plan on taking the proper precautions to protect yourself from the heat, especially given these may be the hottest temperatures we’ve seen since last summer! Stay tuned! 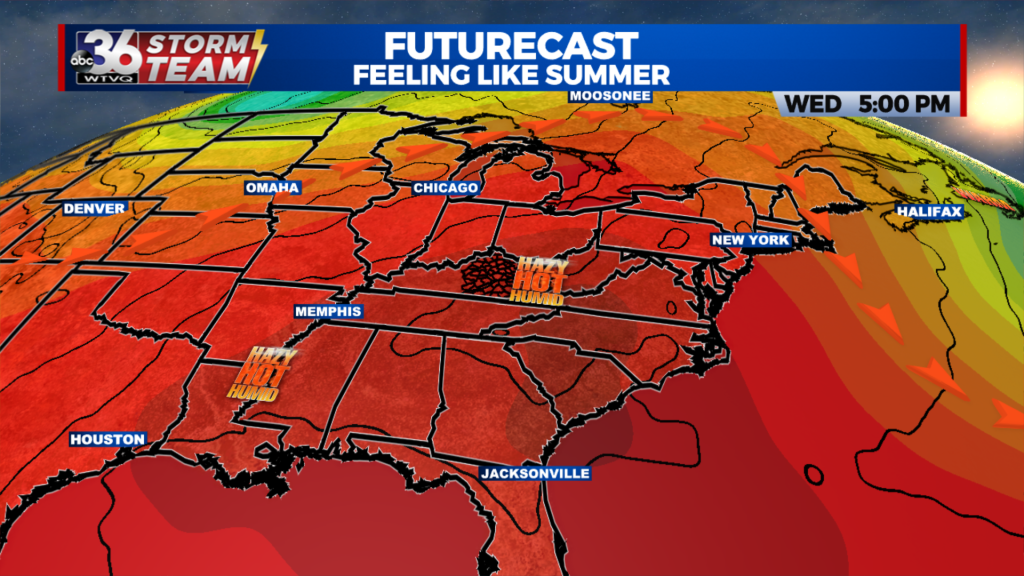 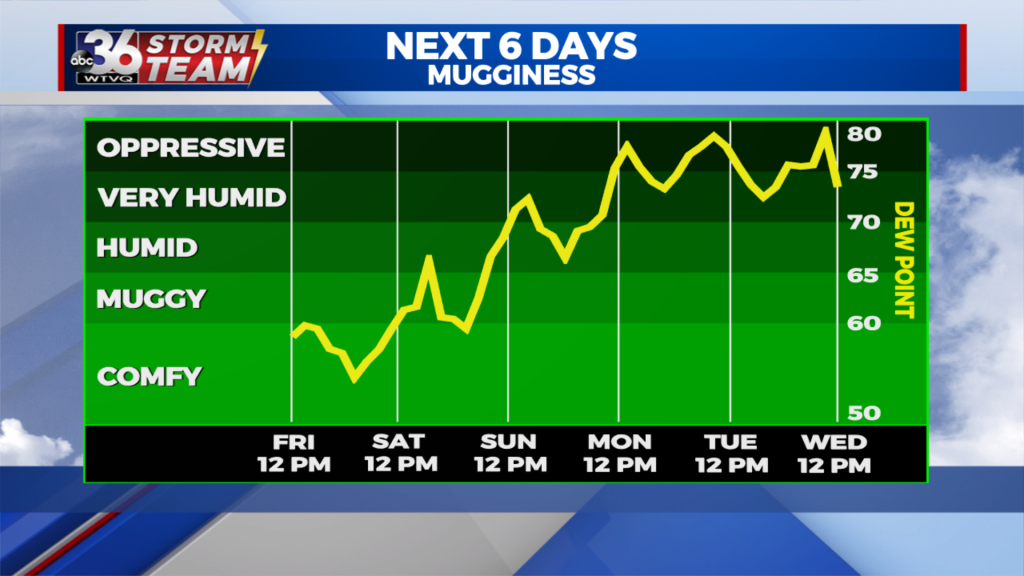