After stubborn cloud cover stuck around across most of Central and Eastern Kentucky Tuesday, we’ll see more clouds into the mid-week as our chances for rain and storms ramps up yet again. 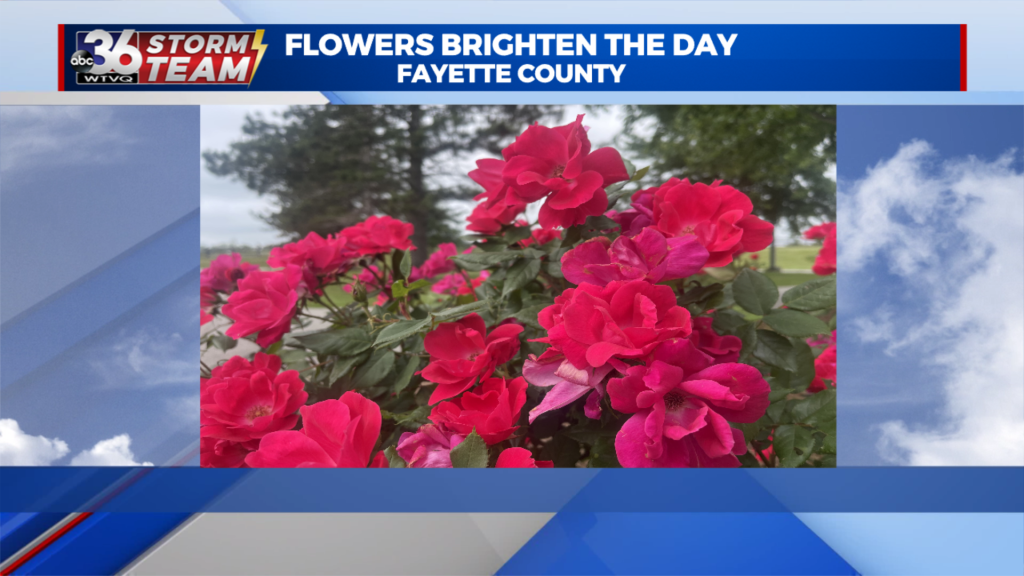 A slow moving storm system will keep things unsettled both Wednesday and Thursday, but at least temperatures will be much warmer than what we’ve seen to begin the week. With a warm front sliding by to our north, afternoon highs will surge into the low to mid-80s. Most of the storms should be scattered and while no widespread severe weather is expected, a few strong storms can’t be ruled out. 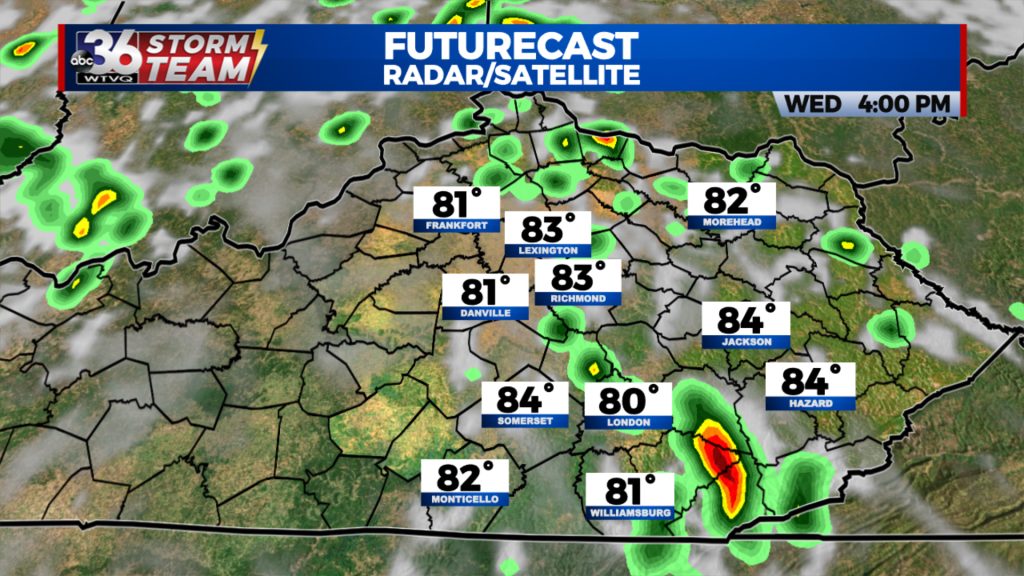 An area of low pressure spinning in from the west will keep things wet and stormy Thursday as temperatures back off into the upper 70s with the clouds and rain around. The upper low should be right overhead Friday so expect another dreary day with light showers and highs only around 70 degrees! 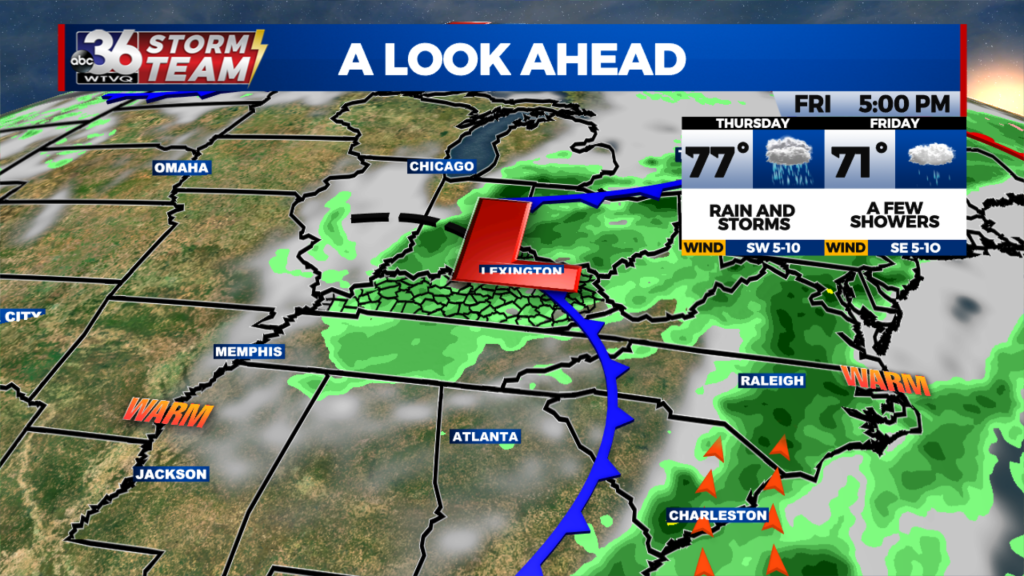 There is some good news for the holiday weekend as the model data appears to be syncing up with pushing our rain chances eastward by Saturday. As the jet stream lifts northward toward the U.S/Canadian border, this will allow a surge of warmth to take over the eastern part of the country. As a result, the holiday weekend looks dry and progressively warmer with highs back into the upper 80s by Memorial Day so it should be good weather if you are heading to the lake or the pool! 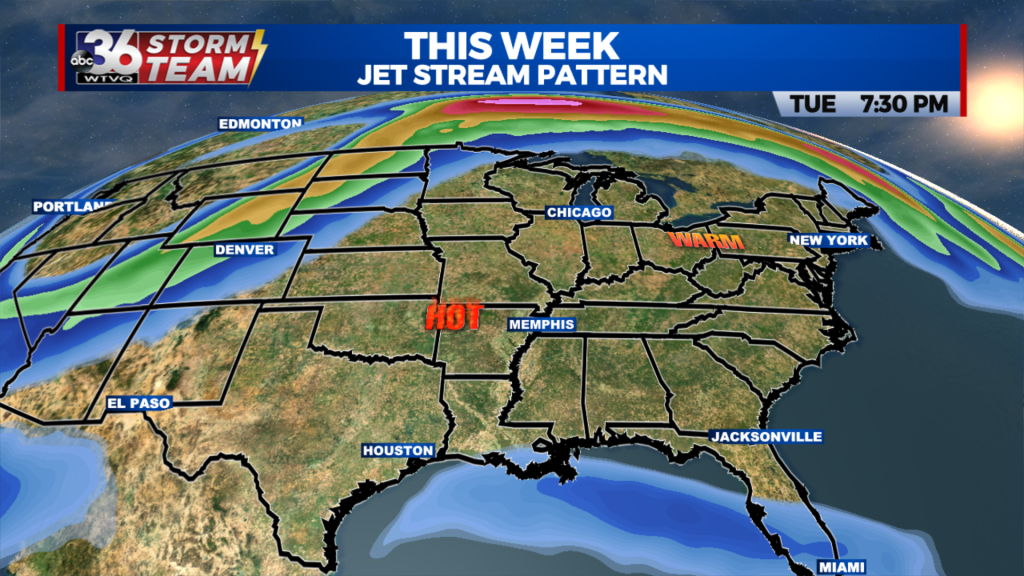