After some early morning rain, it was a breezy and warm start to August across Central and Eastern Kentucky with mainly dry conditions during the afternoon hours. This was great news for the recovery and clean-up efforts from the tragic flash flood event last Thursday morning across Southeastern Kentucky. That area did receive some decent rain early Monday but it didn’t cause additional efforts. So many groups and organizations have organized relief efforts for those impacted by the flooding, going in big convoys with supplies, just like the one in Knox County on Monday (see picture below) that took supplies to residents in devastated Knott County. 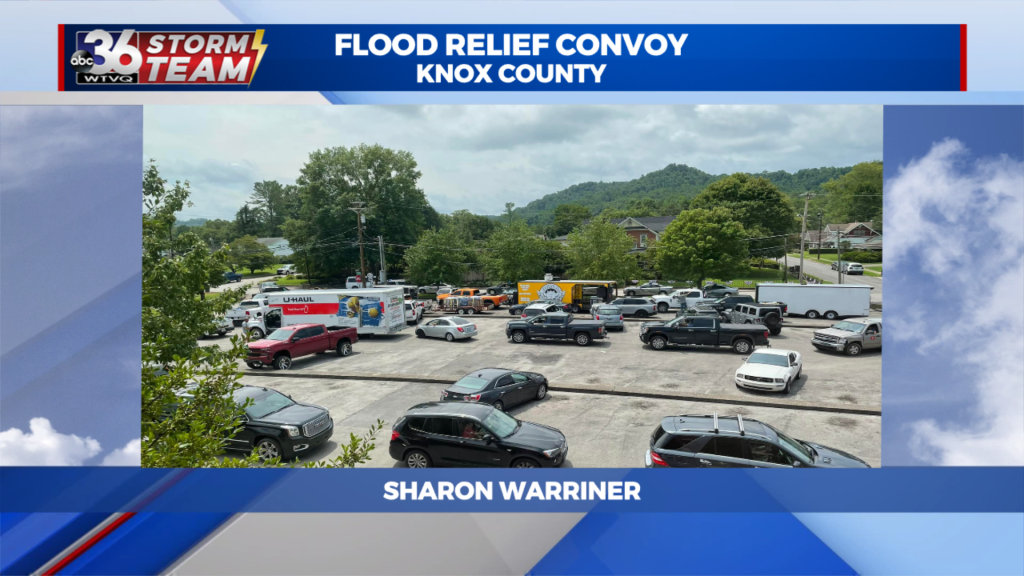 There is the chance of a few strong storms late Monday evening and into the early hours of Tuesday as storms fire along a left-over boundary. Much of Central and Northern Kentucky is in a Level 2 risk (out of 5) with damaging winds and heavy rain being the primary threats. Even though the tornado threat is low, it isn’t non-zero. 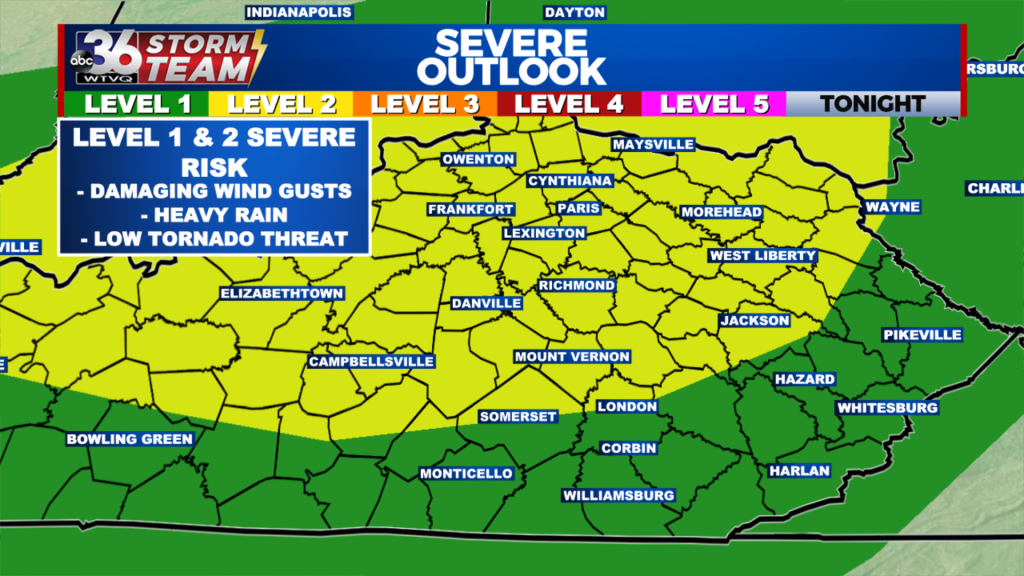 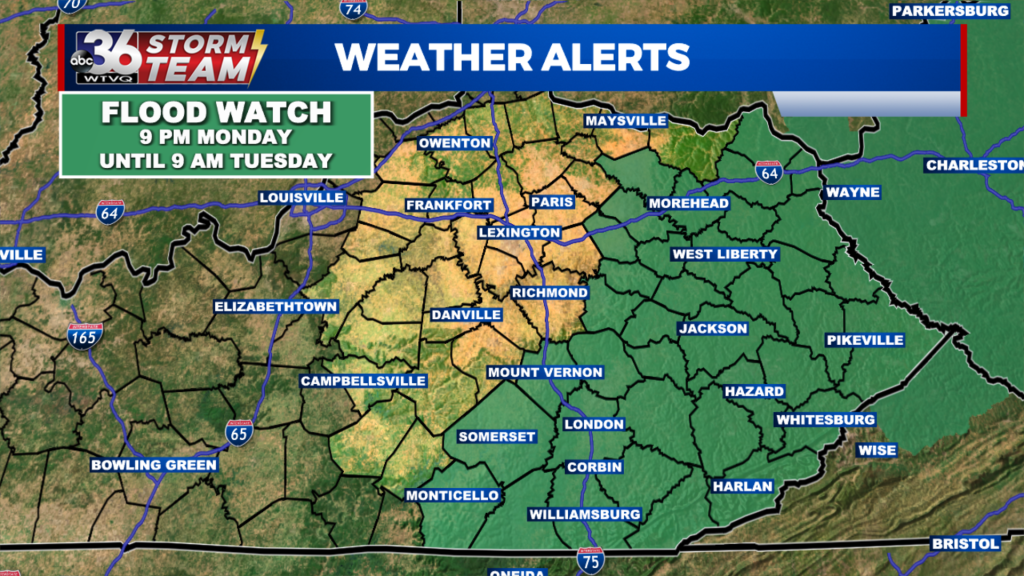 With a frontal boundary grazing us to the north on Tuesday, there will still be the potential of a few showers and storms (although it may be drive in most spots) as afternoon highs reach the mid to upper 80s. It should be no big surprise that the humidity is going  to stay on the high side this first week of August so plan accordingly. 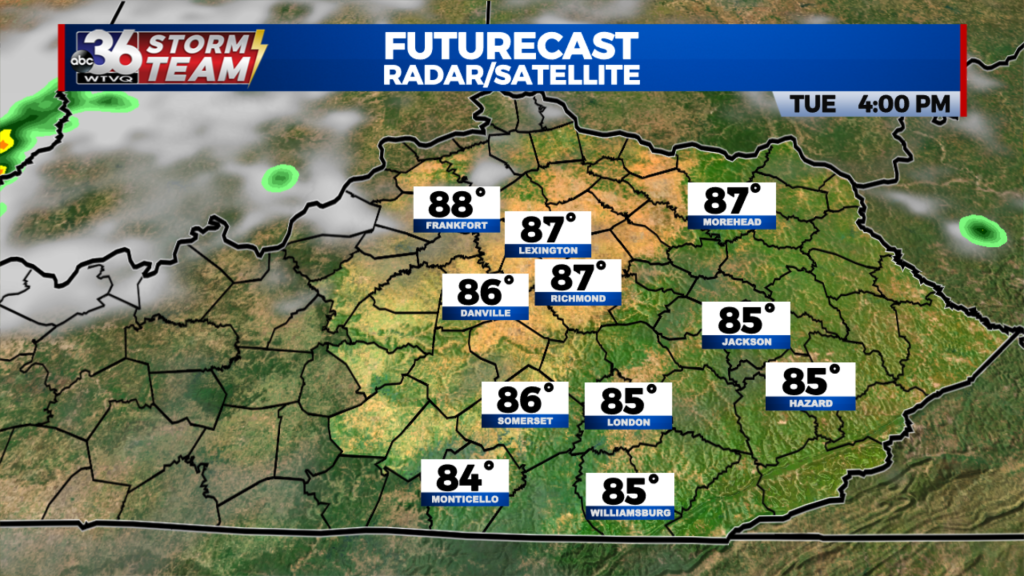 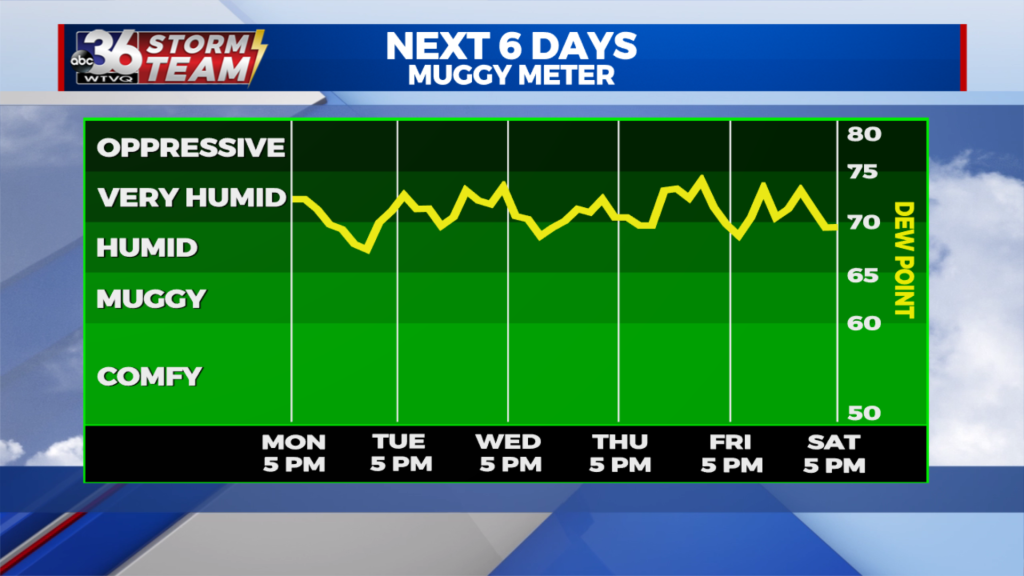 We’ll sneak in one dry day on Wednesday, but it won’t be very comfortable with highs in the low 90s and muggy air making it feel more like the upper 90s to near 100 degrees. Another weakening front will approach from the northwest on Thursday and Friday, so more rain and storm chances will be possible as we close out the week. 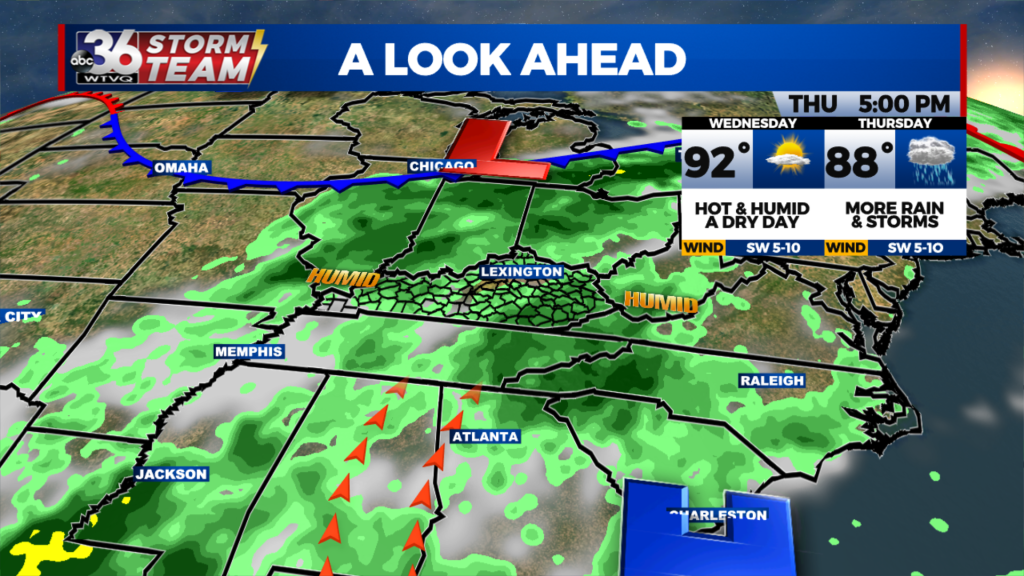 ABC 36 HOUR FORECAST
MONDAY NIGHT: Breezy with scattered storms. Lows in the upper 60s and low 70s.
TUESDAY: Warm and humid with isolated storms.  Highs in the mid to upper 80s.
TUESDAY NIGHT: A few clouds and muggy. Lows in the low 70s.