No matter who you voted for, Mother Nature was the big winner on Election Day with beautiful conditions across Central and Eastern Kentucky. Plenty of sunshine helped afternoon highs to reach the upper 70s and low 80s and with low humidity levels, it felt pretty comfortable to say the least. 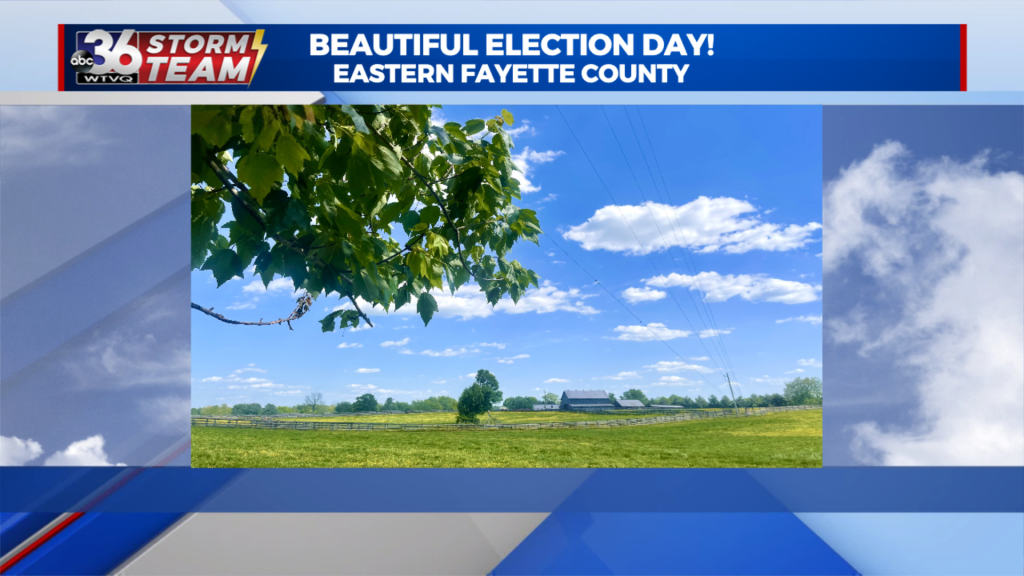 Unfortunately our dry stretch of weather will come to an end as a wave of low pressure slides into the Ohio Valley on Wednesday. An overnight thunderstorm complex should weaken out over the Central part of the Ohio Valley on Wednesday morning, but leave a boundary in its wake for more storms to fire on through the afternoon hours. While our threat for organized severe weather is only Level 1 out of 5 from the Storm Prediction Center, a few damaging wind gusts may be possible along with heavy rain and a very small chance of an isolated tornado spin-up but gain the chances of that is very small. 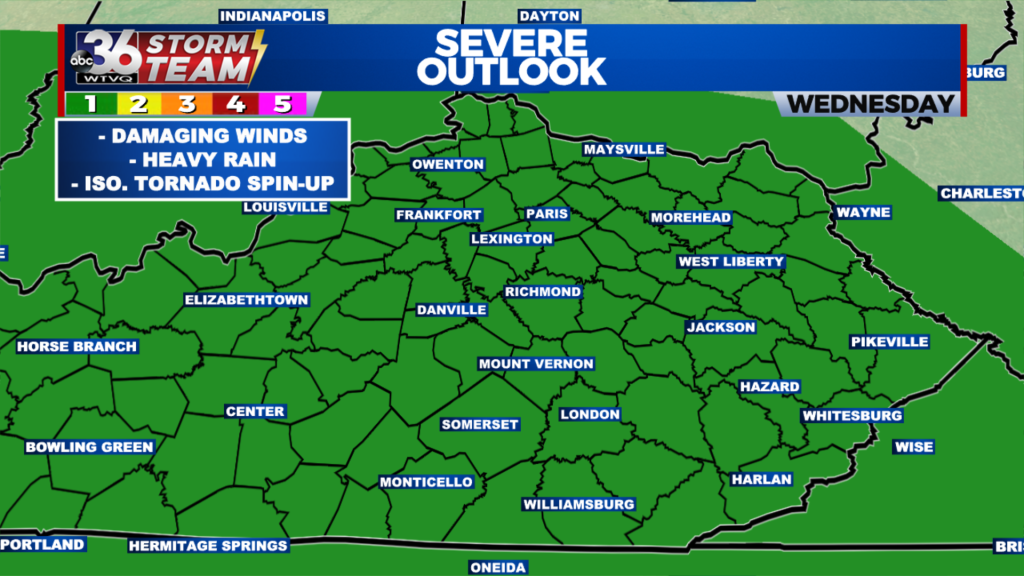 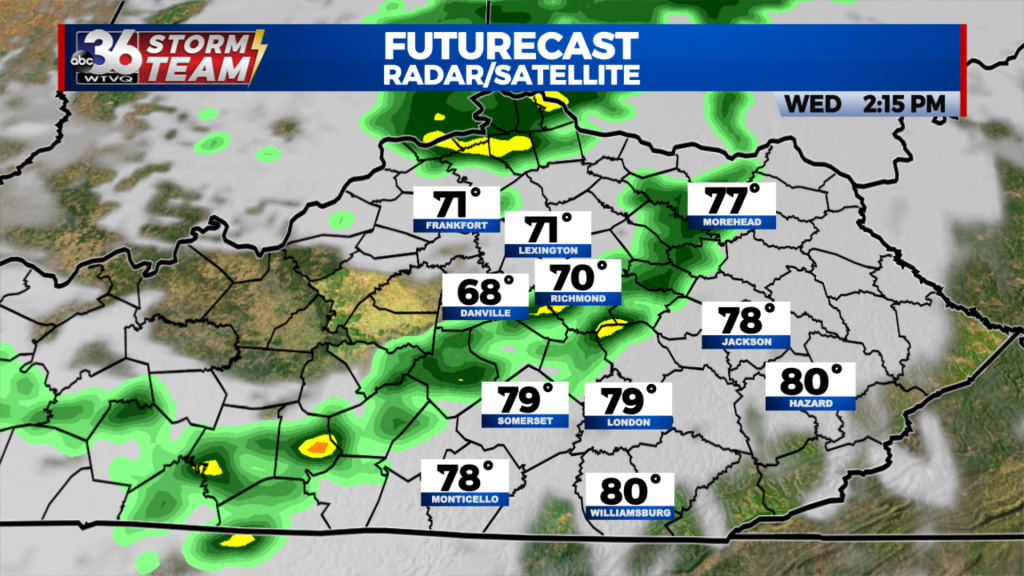 With the frontal system close by and our area still in the warm, moist air on Thursday, more scattered showers and storms will be possible as afternoon highs reach the mid-80s. The early dose of summer heat is still on track for Friday as the front pulls northward, we dry out, and afternoon highs make a run toward the 90 degree mark. 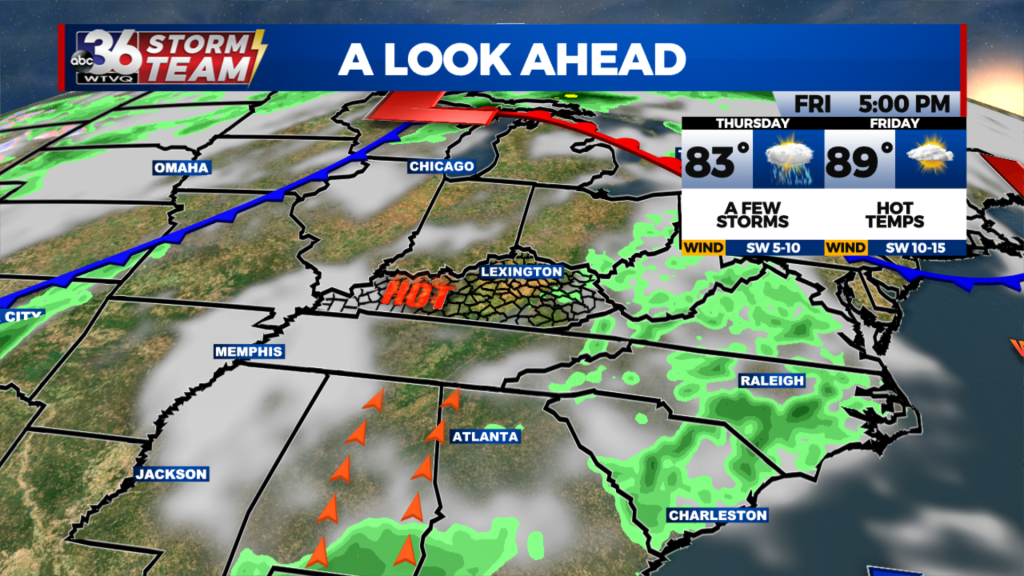 The biggest change for the weekend is that much of the data is picking up on a delayed arrival of the cold front moving through Central and Eastern Kentucky. Right now, much of Saturday should be dry which will allow afternoon highs to be a touch warmer than previously forecast, topping out in the mid-80s. Also with the later arrival of the front into the early hours of Sunday, this should lessen the overall severe weather threat since much of the storm energy will be lost with the front moving through during the overnight hours. Clouds, a few showers and some cooler air will follow suit to end the weekend. 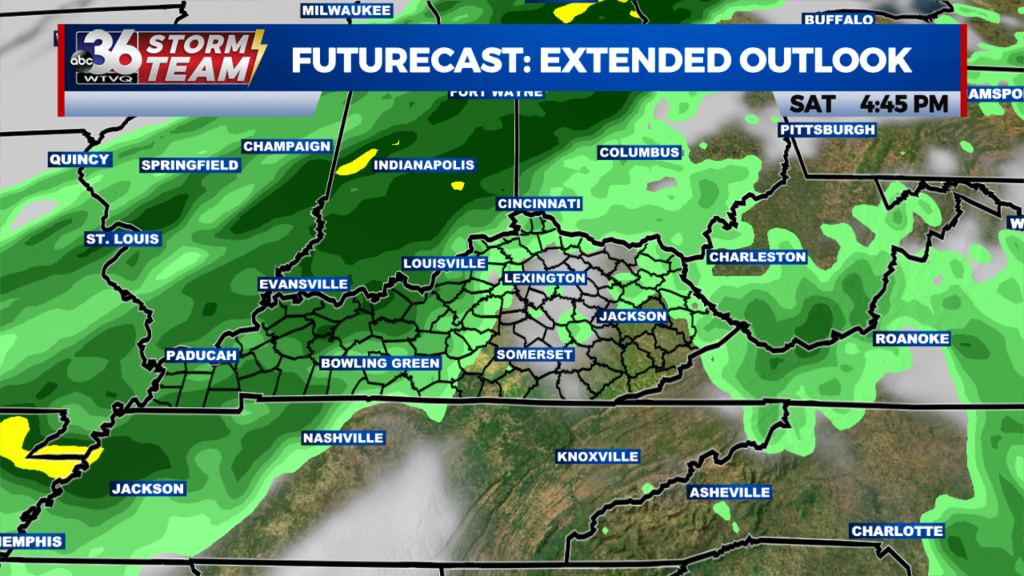