With a mid-level wave rolling up the Ohio River, the majority of the storms should miss flood ravaged Southeastern Kentucky...for now.

Rain and storms returned to Central and Western Kentucky on Thursday as a mid-level wave of energy tapped into all the moist air that is sitting right over our region. With some heavier downpours expected and the same areas potentially seeing several waves of rain, a Flood Watch is out for parts of Central and Western Kentucky until Friday evening. The good news is that much of the data is indicating that flood ravaged Southeastern Kentucky will miss out on the heavier rain potential with much of it staying to the north and west of that area. 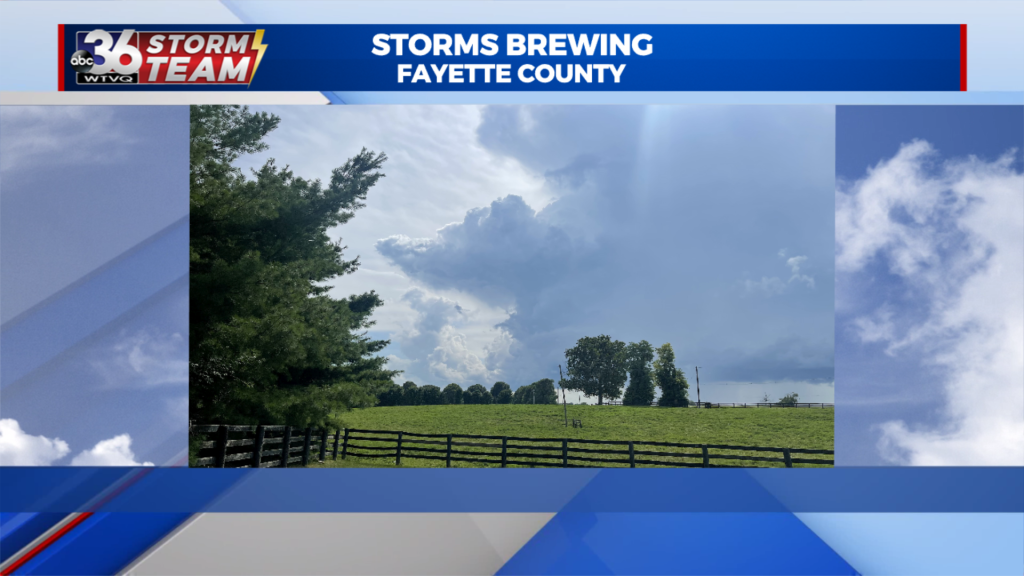 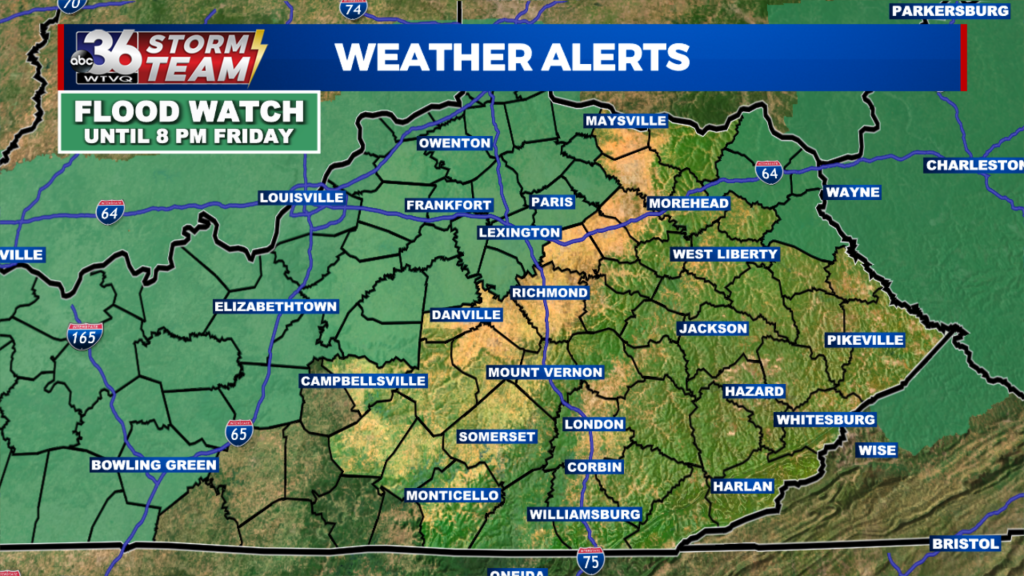 As the mid-level wave spins through the area on Friday, more showers and storms are expected, with the best corridor for activity running from Western Kentucky up through the Bluegrass Region. Of course Southeastern Kentucky could see some additional rainfall but hopefully the lion’s share of it stays away. There won’t be much of a break from the humidity going forward as the “Muggy Meter” stays in the humid range into next week. 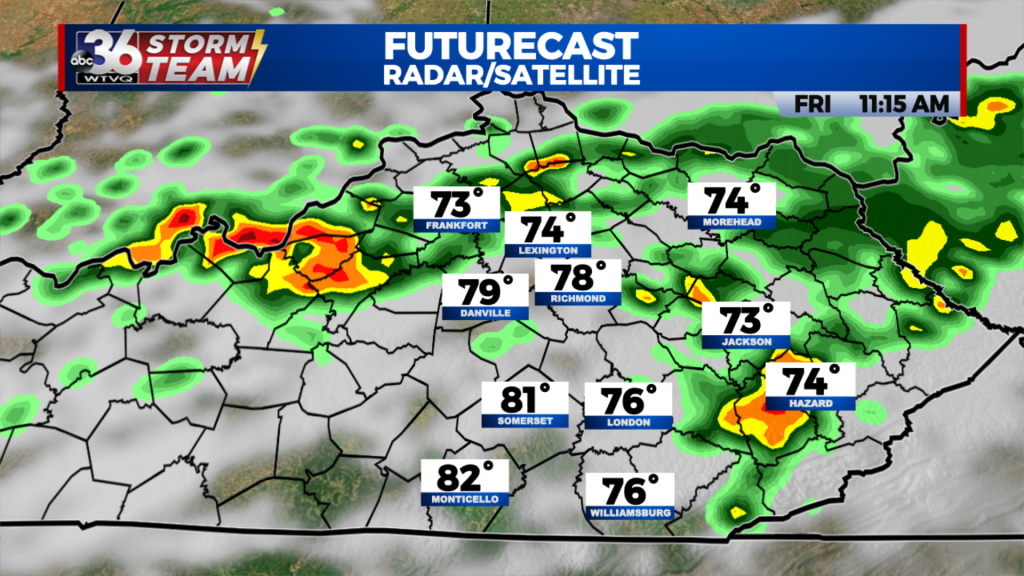 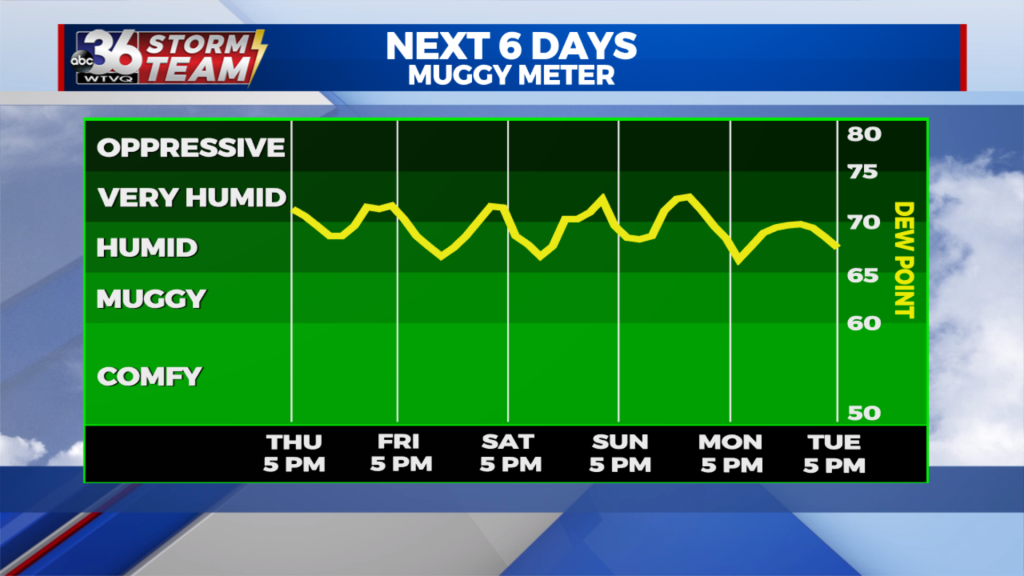 With no clear “trigger” other than the afternoon warmth and moisture around, expect daily rain and storm chances through the weekend with the activity beginning to die off once the sun goes down. Afternoon highs won’t be off the charts into the mid to upper 80s, but the humidity will stay elevated. Don’t cancel any outdoor plans but take the rain gear along to be safe. It looks like there may be a bit less coverage of the storms on Sunday compared to Saturday. 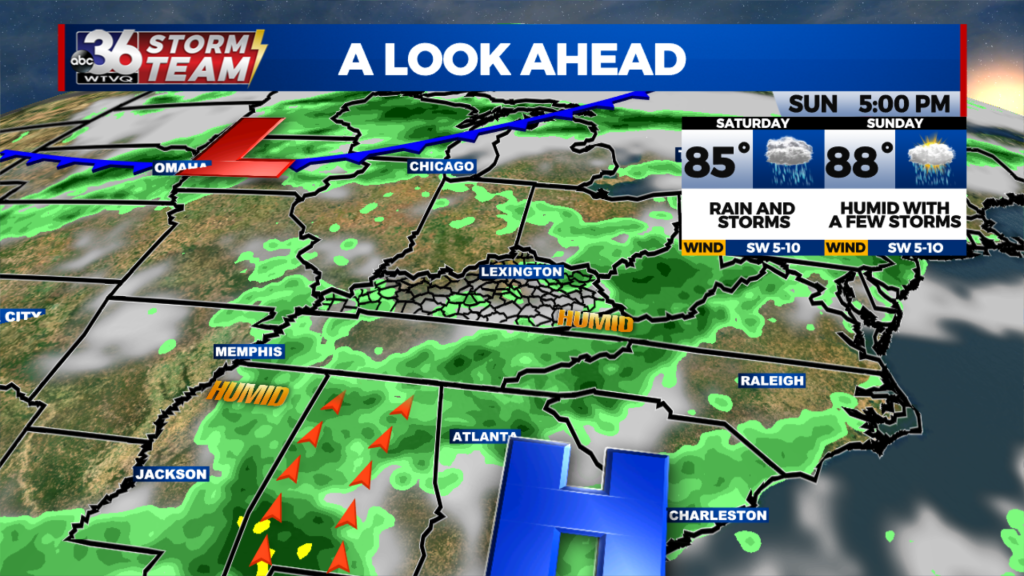 The unsettled weather pattern will hang around into next week as another frontal boundary slowly sinks down into the Ohio Valley. With all the humidity around, it will be easy to get some heavy rain producers going with the front close by. There is some indication that the front could actually push to the south of the commonwealth late next week, bringing much needed cooler and drier air. We’ll keep you posted on that! 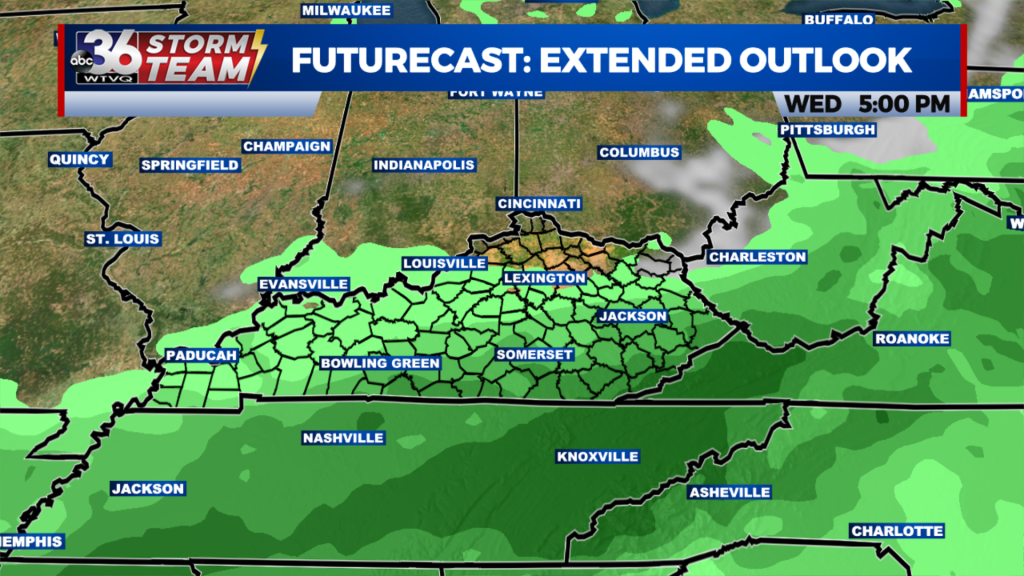 The fall season rolls in right on cue with pleasant temperatures to end the week!

Cooler air arrives along with the fall season Thursday