Expect some of the coolest air we've seen since the spring through the mid-week, while all eyes are on Hurricane Ian down south

Mother Nature couldn’t have dialed up a better day across Central and Eastern Kentucky on Tuesday with sunshine, a fresh northwest breeze and afternoon highs in the upper 60s!. The good news is that our ideal late September weather is going to continue for a few more days before we watch for some remnant moisture from Hurricane Ian potentially impacting our area this weekend. The tranquil weather has made for some amazing sunset and sunrise shots across the Bluegrass. 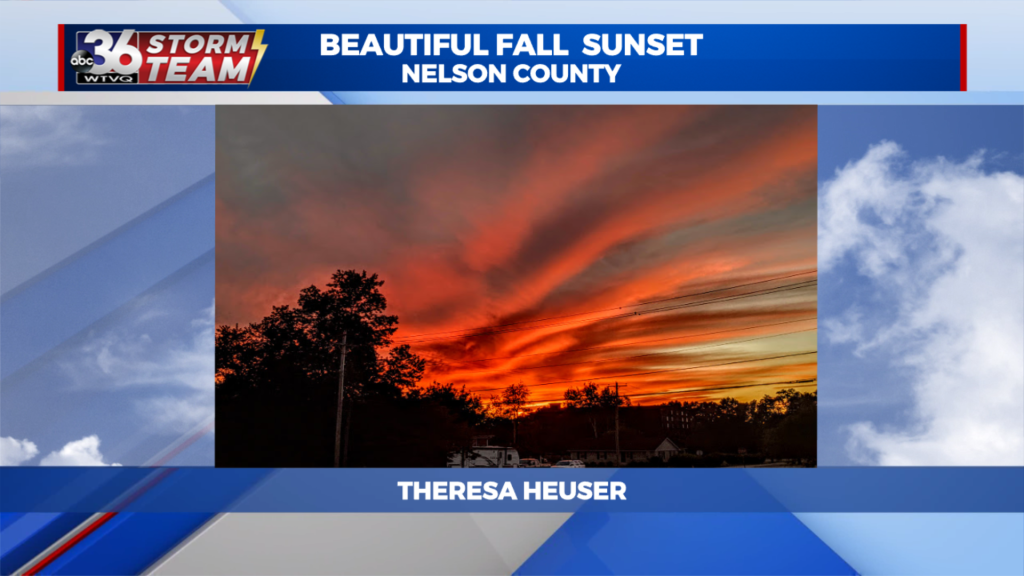 As winds lighten up and skies go mainly clear into early Wednesday, we are looking at some of the coolest air we’ve seen since last spring as early morning lows drop into the upper 30s and low 40s. We have been below the 40 degree mark for a low here in Lexington since last April 20th when we woke up to 39 degrees that morning. Watch out for some patchy frost in the sheltered valley areas across the region. 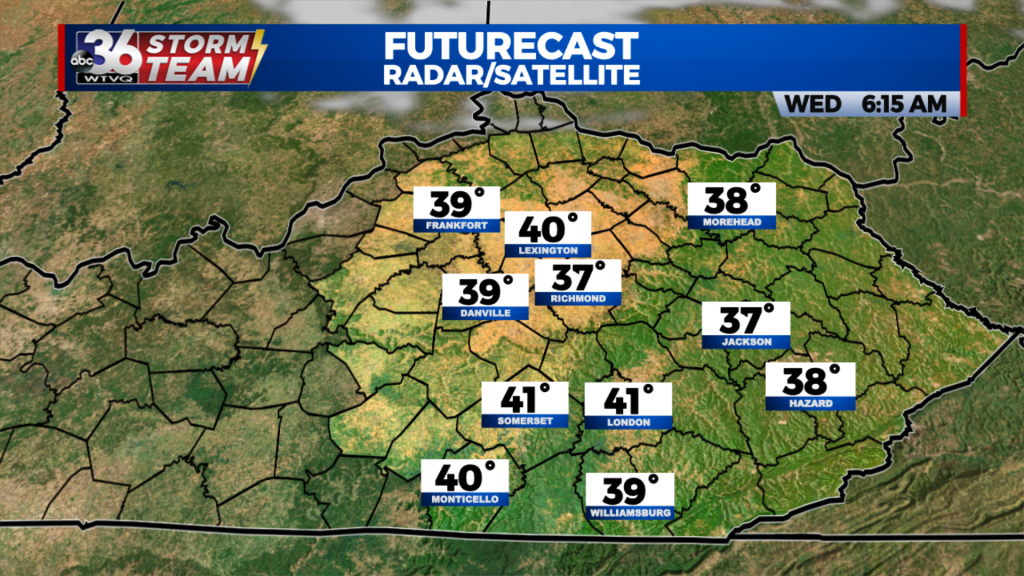 Canadian high pressure will bring a re-enforcing shot of cool air to the Bluegrass on Wednesday. With some cooler air aloft and moisture streaming off the Great Lakes, do expect a few scattered clouds Wednesday to go along with the sunshine so afternoon highs will be held in check into the low to mid-60s. The nice weather will continue the rest of the week until some high clouds from Ian begin to stream into the area late Friday. 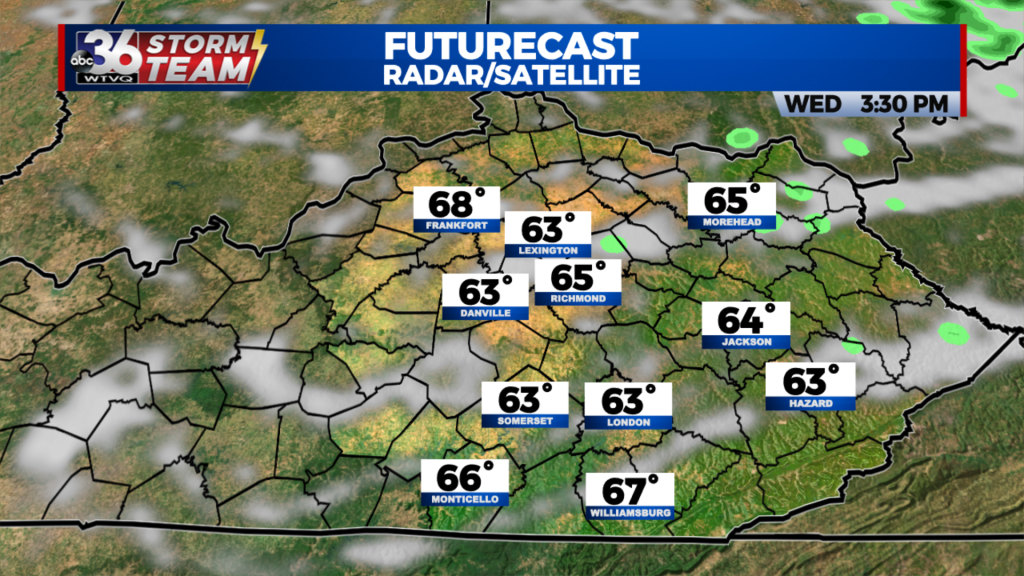 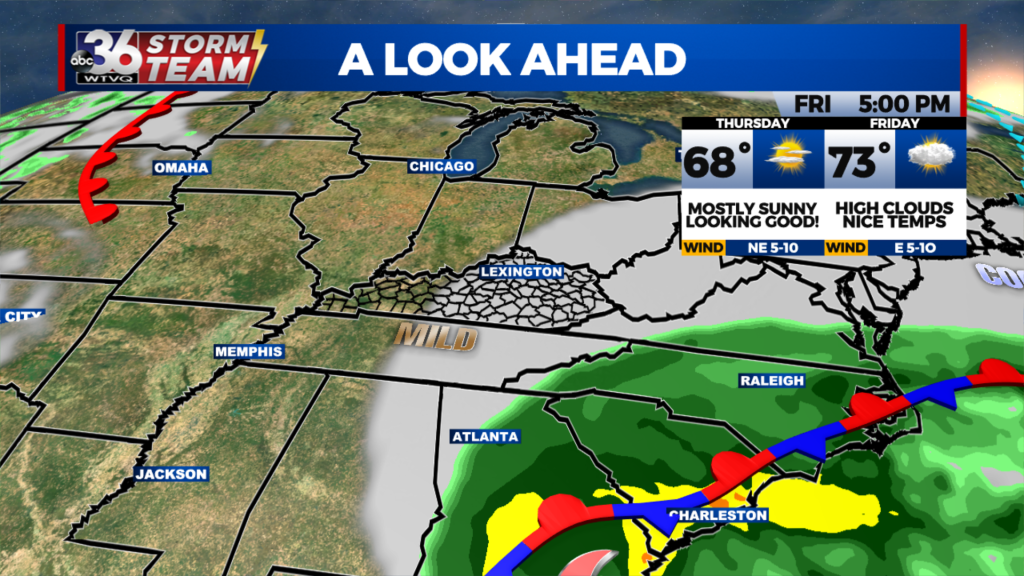 Speaking of, Hurricane Ian continues to strengthen and is making a bee-line for Southwest Florida late on Tuesday. As of the 5pm Eastern update, Ian was a strong Category 3 hurricane with maximum sustained winds of 120 miles per hour with higher gusts. The biggest change over Monday is a southward shift with the potential landfall late Wednesday and into early Thursday. Now it appears Ian may come ashore between Tampa and Fort Myers as a major hurricane. This southward shift would put areas around Fort Myers in the favored area for the highest winds and storm surge. 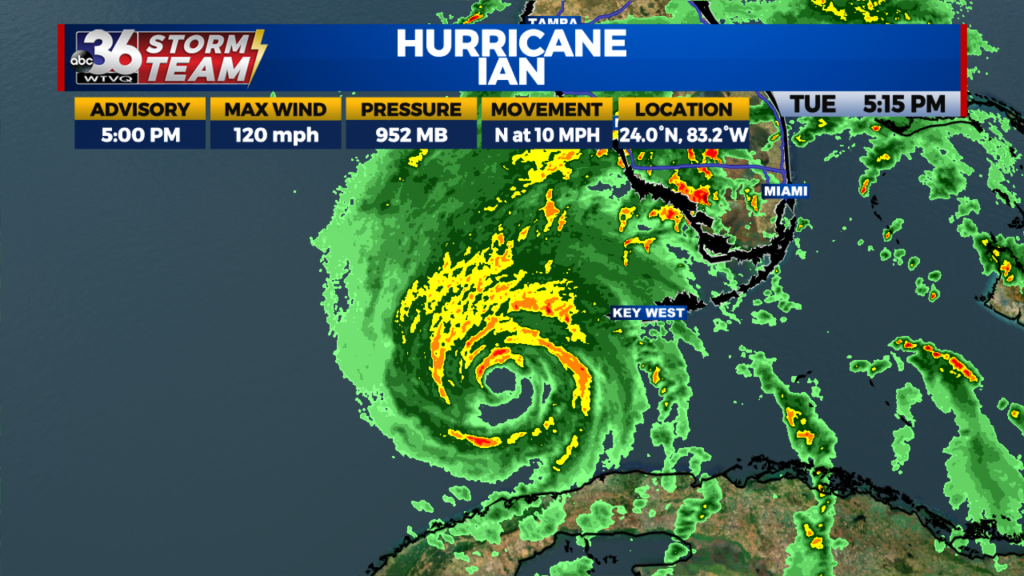 The other change is that now the EAST coast of Florida along the Atlantic will feel more of an impact as Ian moves up toward Jacksonville by Friday. As a result, Tropical Storm Watches and Warnings are up through the Carolinas. Some of the data is even trying to push Ian into the Atlantic briefly before coming back into Coastal Georgia and continuing to weaken. Parts of Central and Northeast Florida could see 12 to 18 inches of rain so flooding is a major concern as well. 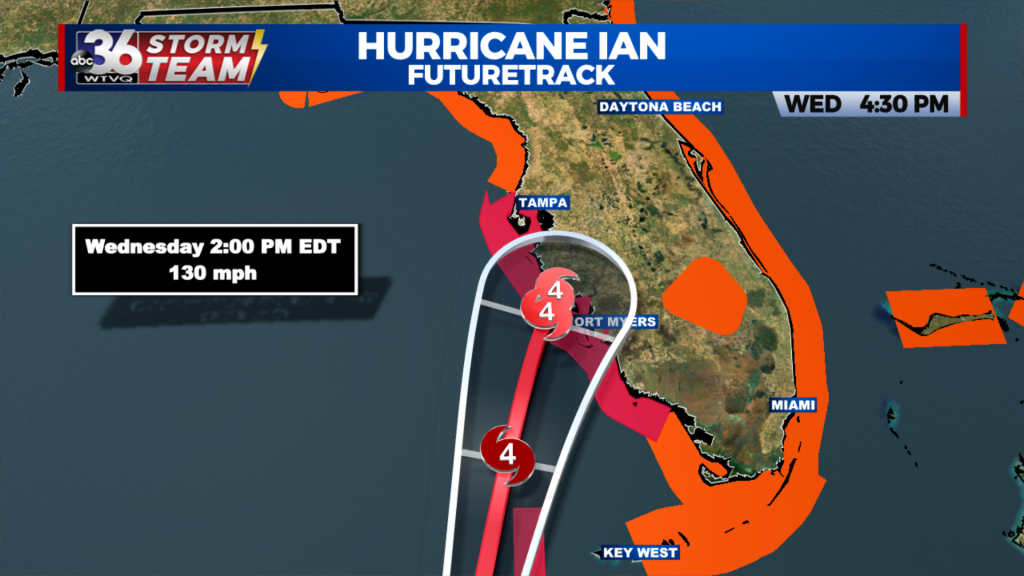 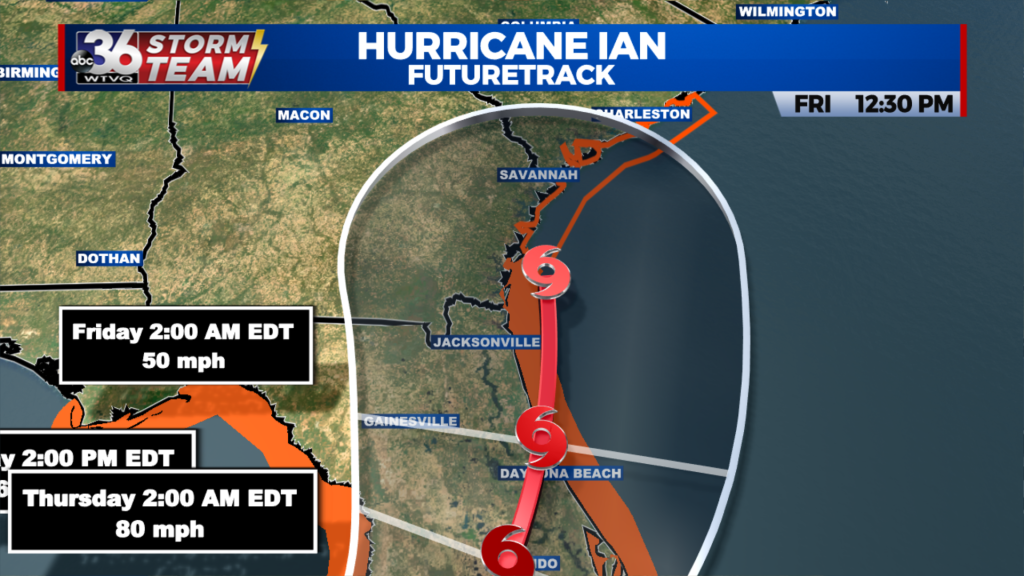 As far as the impacts from the leftovers of Ian this weekend, it still appears that there will be enough tropical moisture far enough to the west to produce a few showers and scattered thunderstorms late Saturday through Monday. While it shouldn’t be heavy amounts of rain, it could be disruptive to any weekend plans, especially for areas east of Lexington. We’ll keep an eye on it! 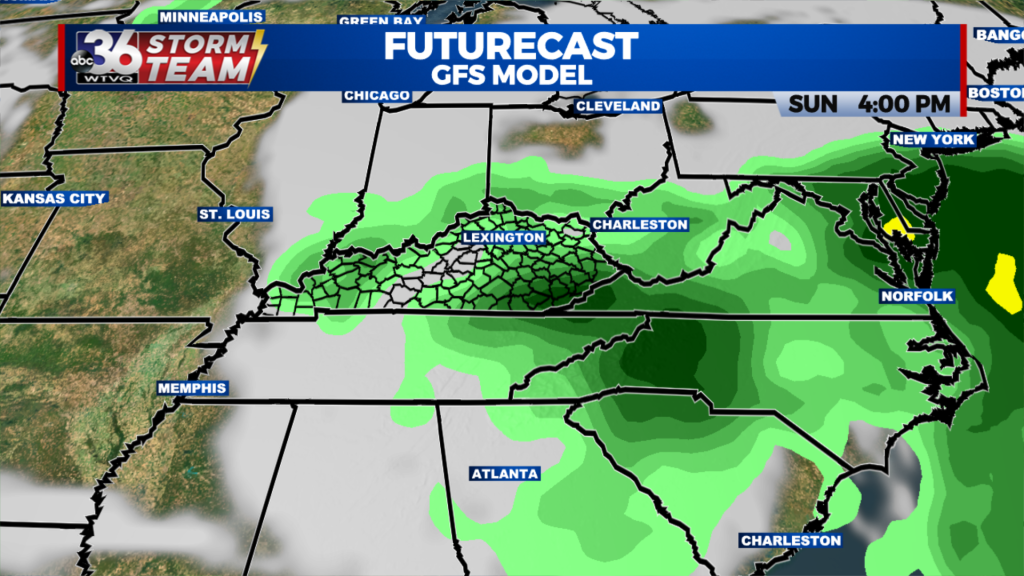 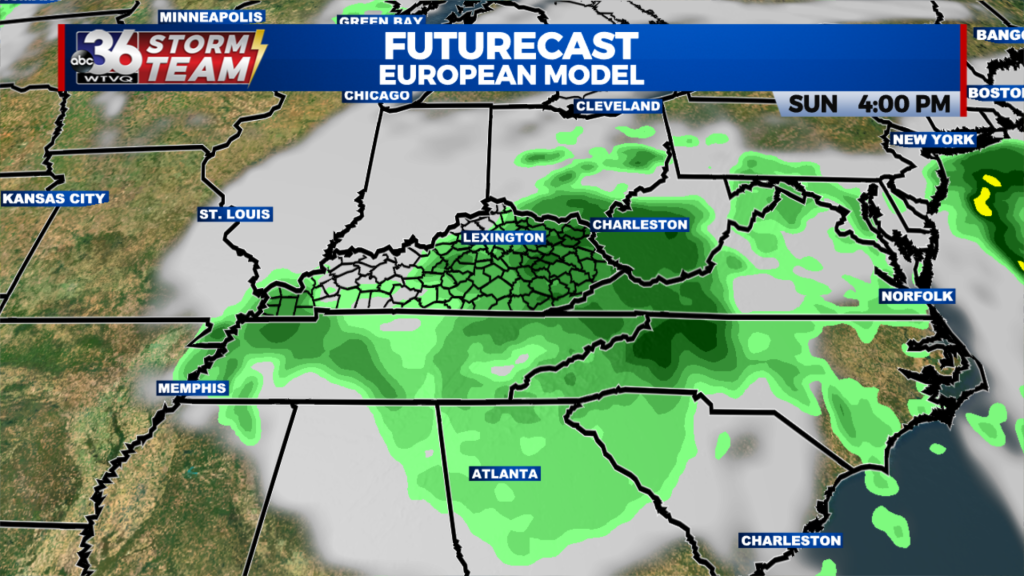