After a warm and muggy Tuesday, our scattered storm chances ramp back up for the mid-week

With a cold front moving through the region into Wednesday evening, a few storms could be strong with damaging winds being the primary threat

It definitely felt like early June across Central and Eastern Kentucky on Tuesday as afternoon highs reached the low and mid-80s. Tack on a bit of humidity and you could really feel the muggy air during the warmest part of the day. Most locations managed to avoid any thunderstorms but that should change heading into the mid-week. 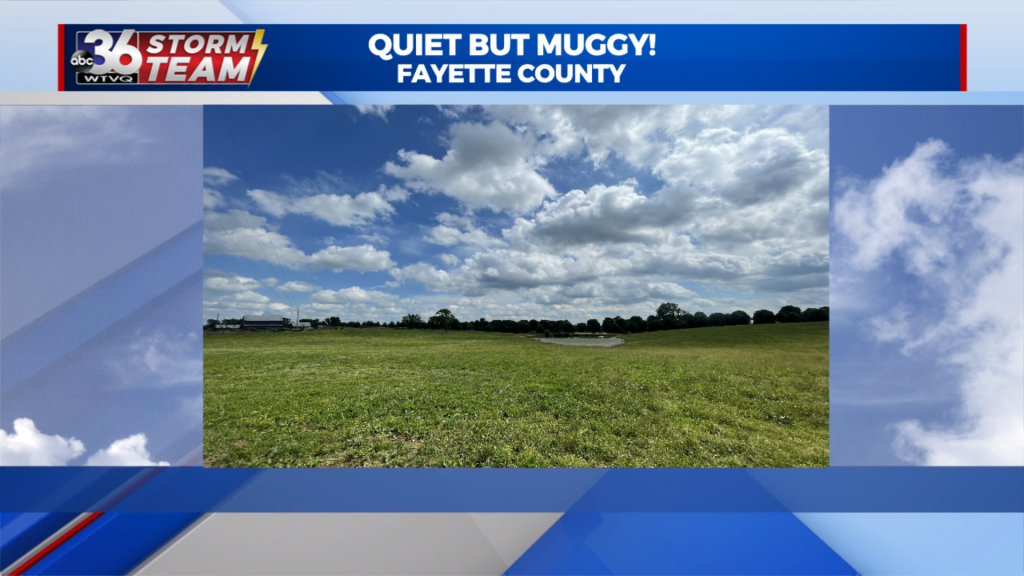 With an area of low pressure set to move through the Ohio Valley and the trailing cold front sliding through Kentucky late Wednesday, the chances for rain and storms will pick up, especially into the late afternoon and evening hours. The Storm Prediction Center has all of Central and Eastern Kentucky in the Level 2 risk (out of 5) for severe weather on Wednesday. Keep in mind the best chances for strong storms should be until the evening hours as the main surface cold from comes through. Damaging winds will be the primary threat along with small hail and heavy rain. Given the heavier rain across parts of the region, some localized flooding may be possible as well. 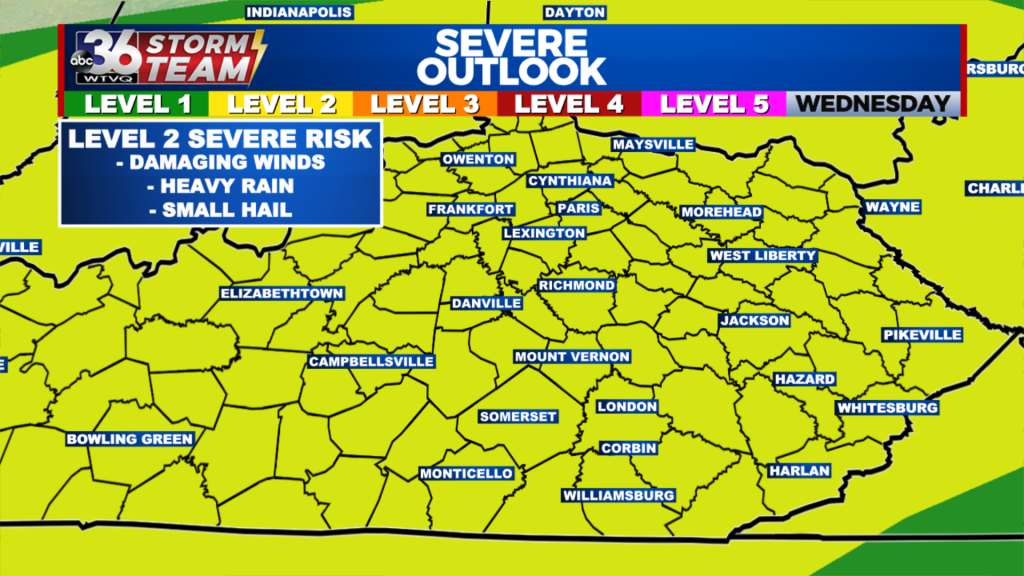 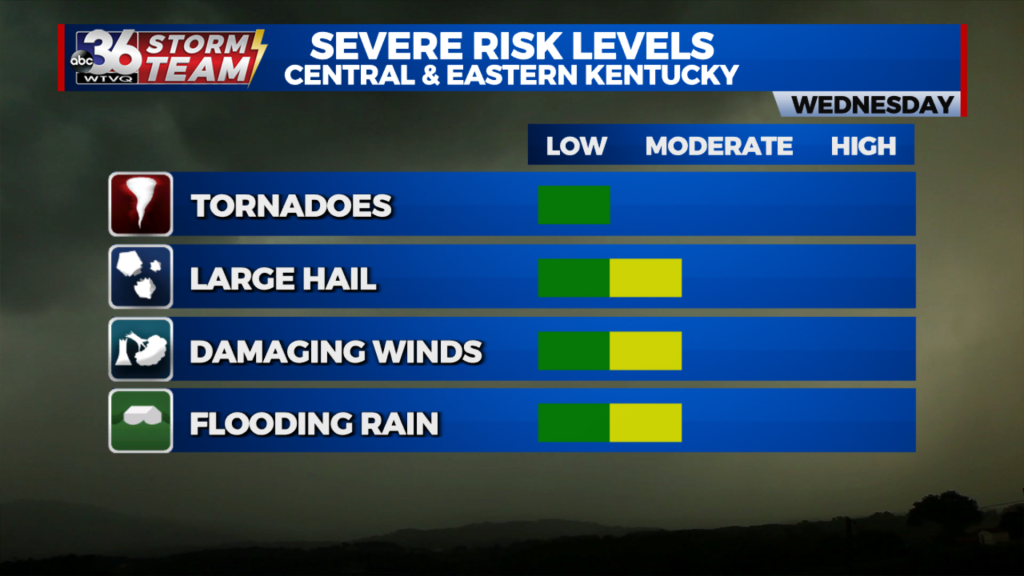 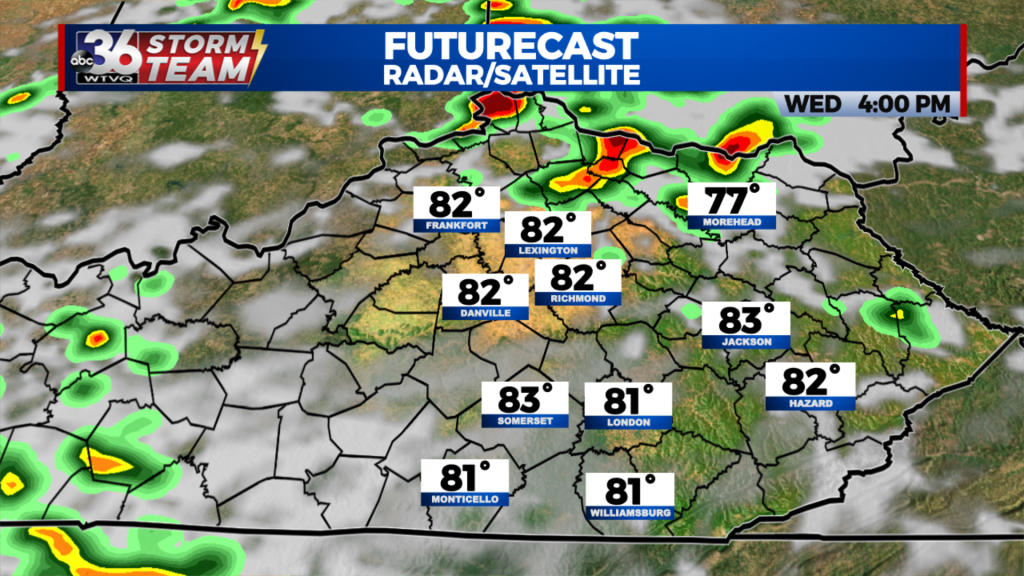 The back and forth will continue as we dry out and cool down on Thursday with sunshine and slightly cooler air on the way. Highs should reach the upper 70s so it should be very pleasant. Another wave of low pressure will slide in from the west increasing our chances for showers and storms to end the week on Friday. There is a small chances a shower may linger into Saturday morning but I think overall the weekend is looking dry. 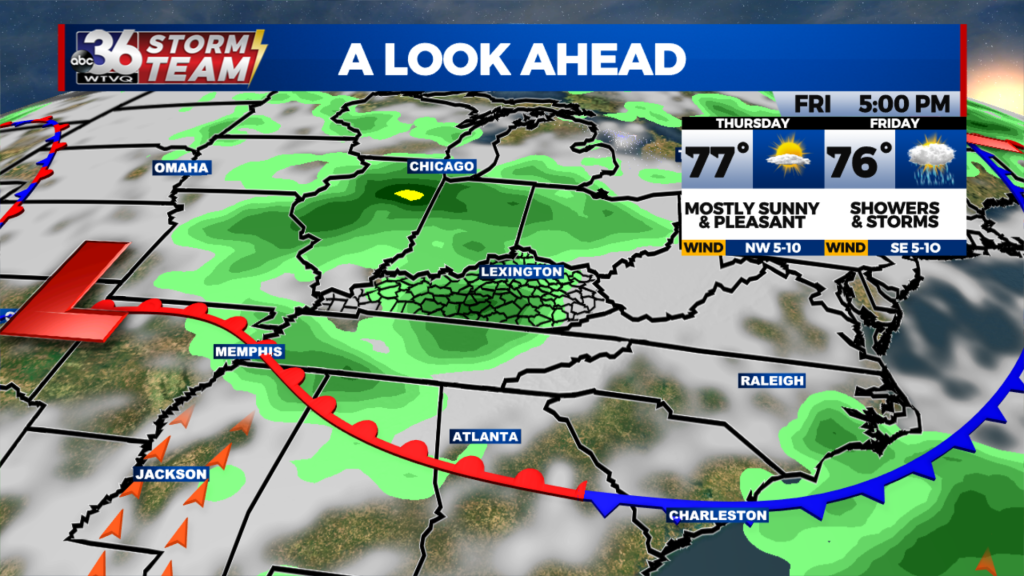 Heading into early next week. the jet stream will head north toward the U.S./Canadian border, allowing for a big bubble of heat to build back into the central and eastern parts of the country. As a result, more summer-like weather will be possible during the final full week of the spring season with afternoon highs climbing back into the upper 80s to around 90 degrees. 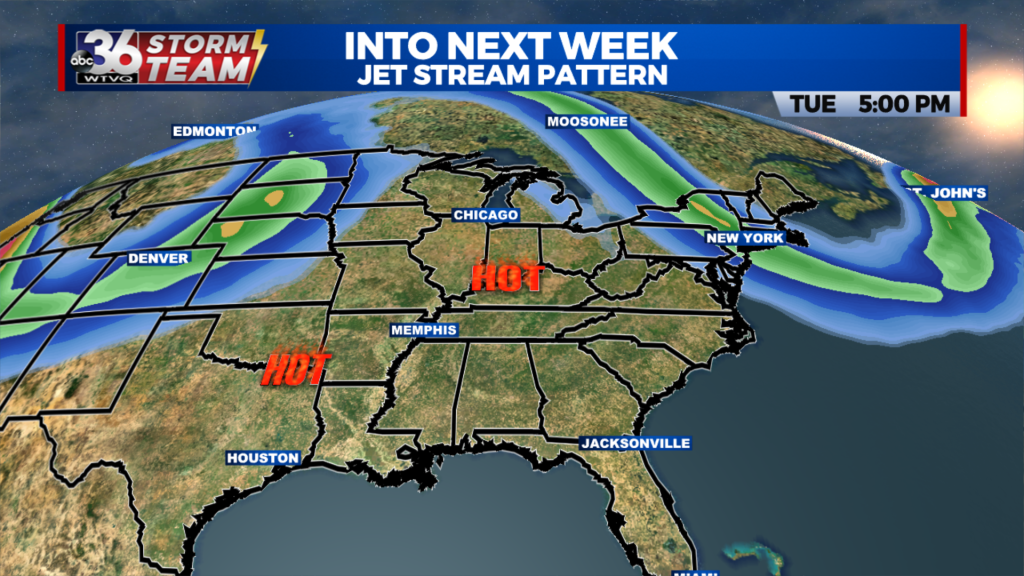