We finally caught a break Friday from the severe weather that plagued Central and Eastern Kentucky through the mid and late week. Big hail producing thunderstorms were replaced by sunshine, breezy conditions and temperatures well above average, even for mid to late May. Highs topped out in the upper 80s to near 90 degrees, and while humidity levels were up a touch, a strong south wind kept the air mixed up so it didn’t feel quite so muggy. 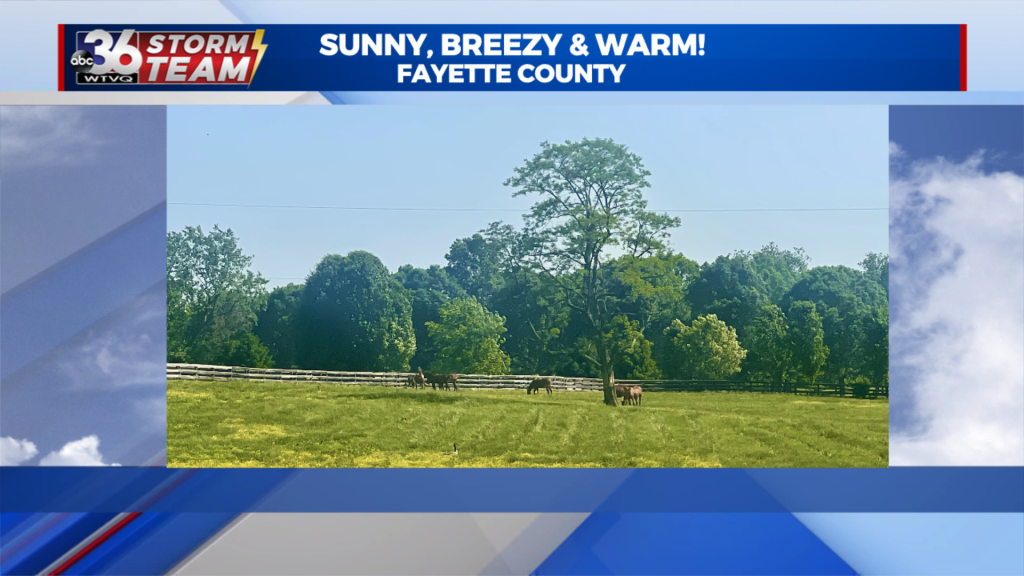 Our summer-like feel to the air will continue for the first half of the weekend as a strong south flow pumps additional warm/hot air into the region. Afternoon highs should reach the upper 80s to near 90 degrees once again with a few pop-up storms during the heating of the day confined to areas of Southeastern Kentucky. 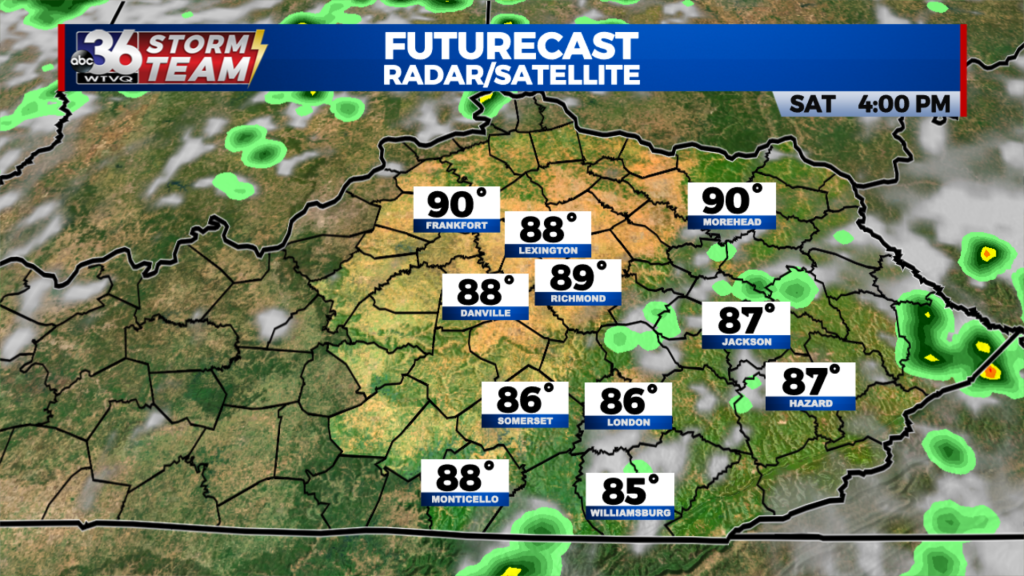 By Sunday, a cold front will press into the Ohio Valley from the west, increasing our chances for more rain and storms. With clouds and showers around, plus the frontal boundary moving through fairly early in the day, afternoon highs should be held in check with only low and mid-70s to close out the weekend. 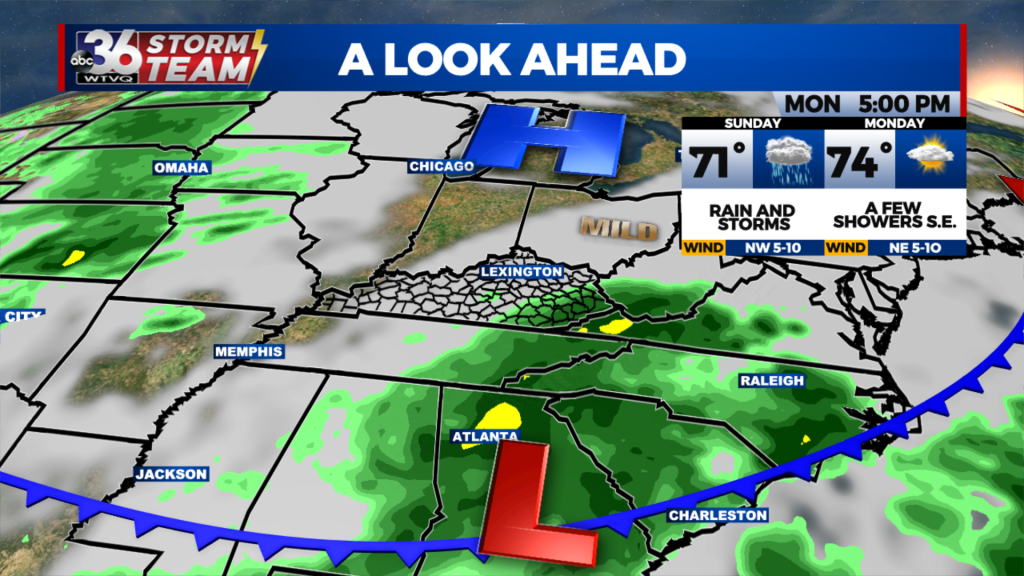 The beginning of next week looks mainly dry across the area, although the southeast Kentucky mountains could hang on to a stray shower as a way of low pressure rides along the departing front across the Deep South. High pressure should win the battle for the rest of the area. The active weather returns into Wednesday and Thursday with more unsettled conditions across Central and Eastern Kentucky so keep the rain gear handy! 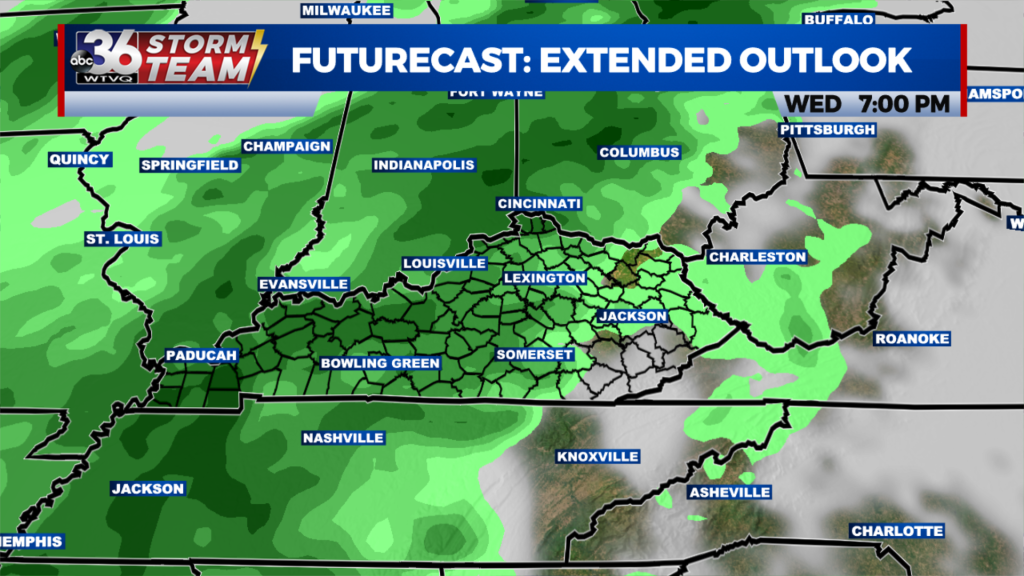