By early next week, afternoon may reach the low to mid-90s with heat indices approaching 100 degrees!

We enjoyed a nice break from the muggy conditions on Thursday as a breezy north to northwest wind pushed drier and more comfortable air into Central and Eastern Kentucky. With a mix of clouds and sunshine, afternoon highs reached the upper 70s but it felt fantastic as the humid briefly was pushed out of the region. 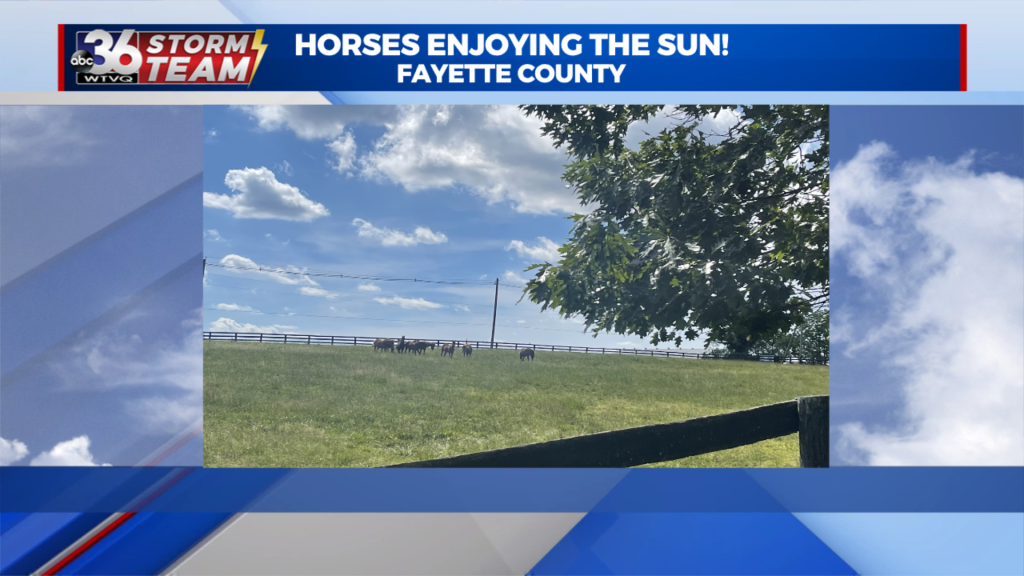 Closing out the week on Friday, a wave of energy will slide by to our southwest so a few scattered showers and maybe a rumble of thunder can’t be ruled out. The good news is that it won’t be a wash-out and any activity should be late in the day and wrap up heading into the weekend. 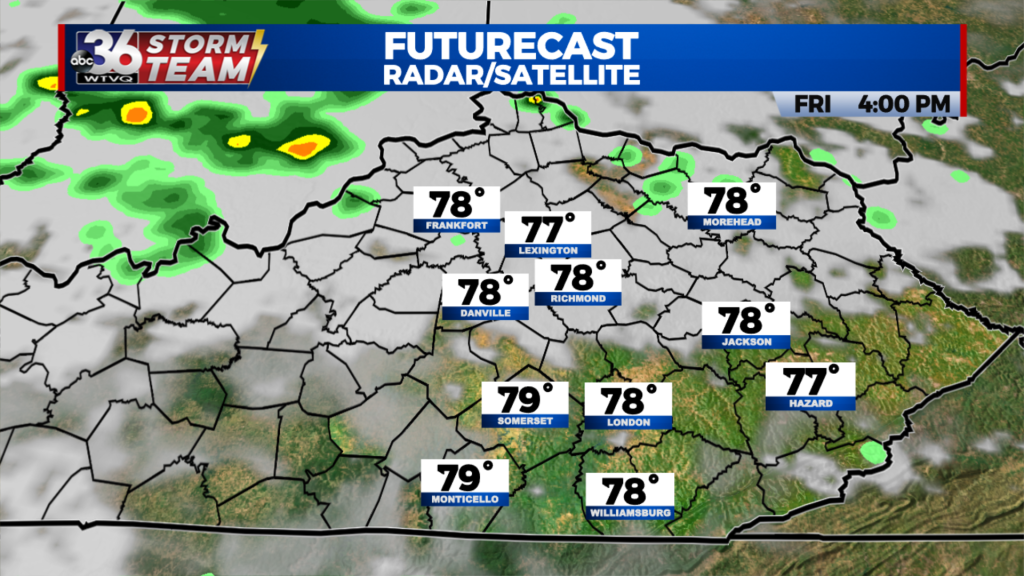 The upcoming weekend is looking pretty good, although a stray shower can’t be ruled out as an upper level wave throws some scattered cloudiness into the region. Mostly locations will be dry with highs around 80 degrees on Saturday before jumping into the mid-80s on Sunday. A weak boundary to our north may get close enough to produce a shower or two late Sunday night but that activity should hold off until after dark. 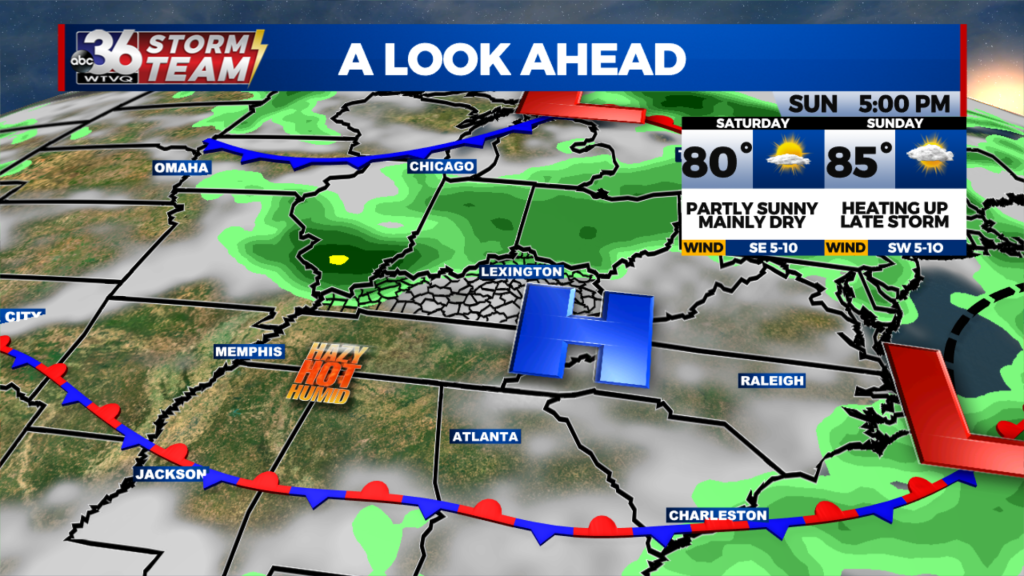 The big story for next week will be a big bubble of heat and humidity that will lock into the central and eastern part of the country. Afternoon highs will make a run at the low and mid-90s, then factoring in the higher humidity, our heat indices could approach the 100 degree mark. This type of pattern is more indicative of July and August across the area so get ready to sweat it out a bit next week. 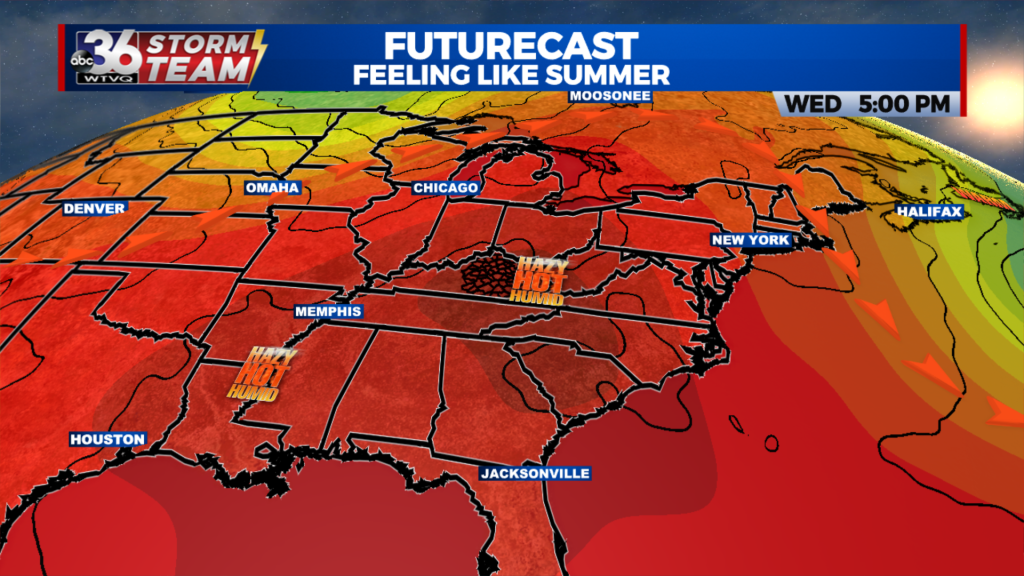