Unfortunately folks across parts of Southeastern Kentucky are cleaning up from a devastating, historic flash flood event that occurred during the early hours of Thursday. The flood waters are receding but just incredibly sad images continue to come in showing the devastation and destruction from the catastrophic flash flooding event early Thursday across Southeastern Kentucky. Estimated rainfall totals were in the 6″-10″ range with the ground truth confirming these estimated totals. Much of that rain fell over a few short hours as the storms continue to dump torrential rains over the same places. 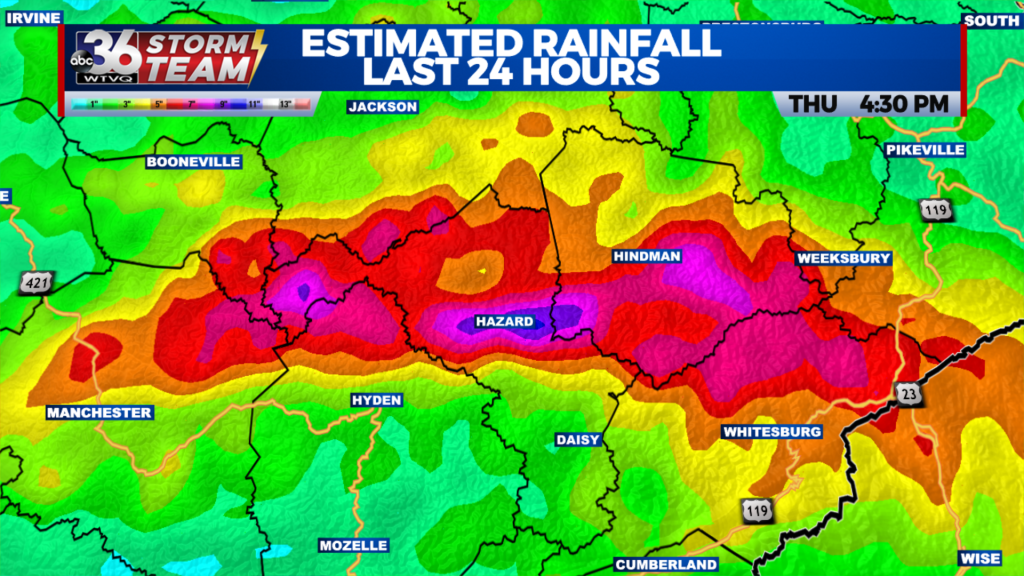 Hazard in Perry County was the bullseye for the heaviest rain with 10″-11″ rain totals. Hazard is my mother’s hometown and I spent many days there during my childhood. It’s a special place to me so it’s particularly heartbreaking to see the devastation there. I spoke to one of my cousins today, who told me she’s never seen anything like it in her lifetime. While the clean-up and recovery will take time, the people of Eastern Kentucky are strong and resilient. They band together during times like this and take care of each other like family. Say a little prayer for those folks impacted by this terrible event. 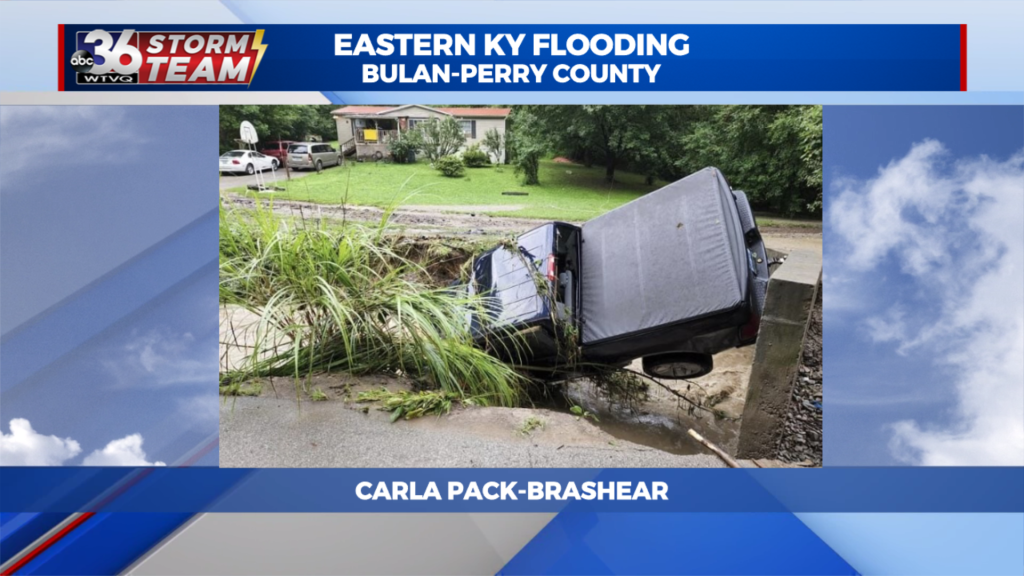 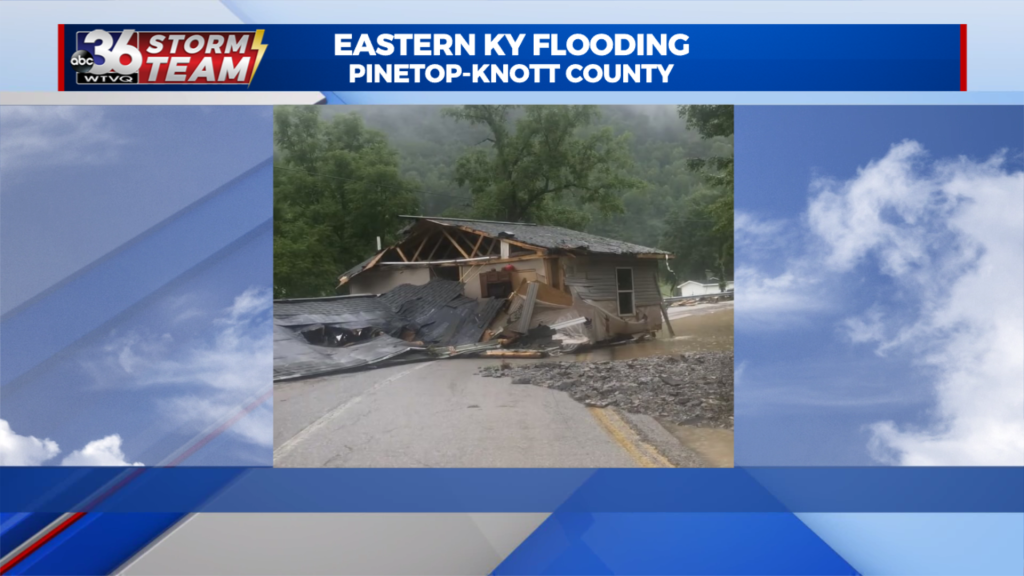 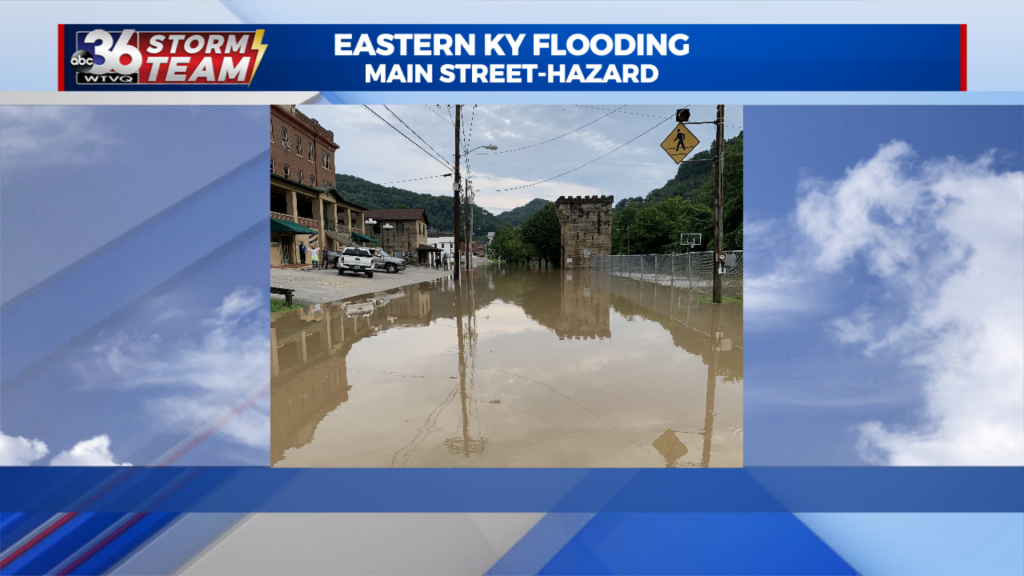 Heading into Friday a cold front will bring more scattered showers and storms but the activity should begin to wind down as the front slides to our south late in the day. This will bring the heavy rain threat to an end and allow humidity levels to drop off nicely heading into the weekend. 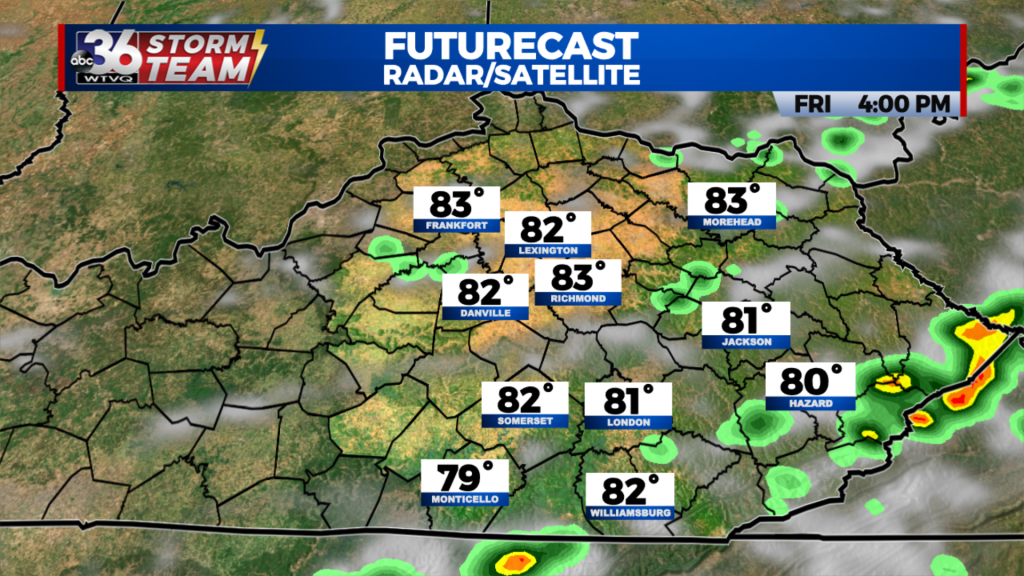 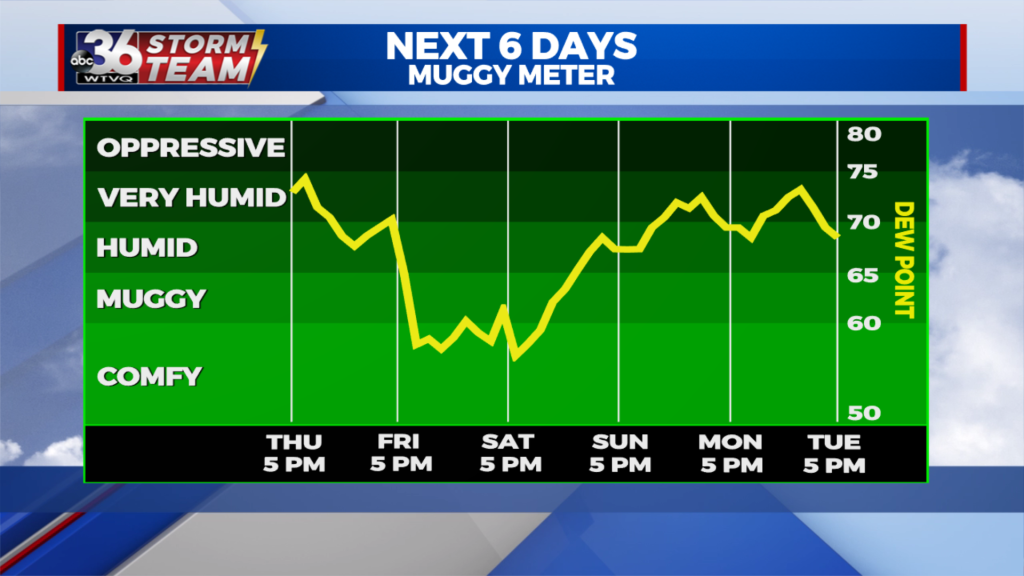 We’ll start the weekend off in style with a much need break from the rain. Afternoon highs will be in the low 80s with sunshine and lower humidity levels. There may be a few clouds and a passing shower across far Southern Kentucky but otherwise it looks great for the final Saturday of July. Unfortunately the break won’t last long as the front moves back northward into Sunday and Monday as a wave of low pressure rides along it. This will increase our rain and storm chances to kick off August on Monday with more heavy downpours possible. 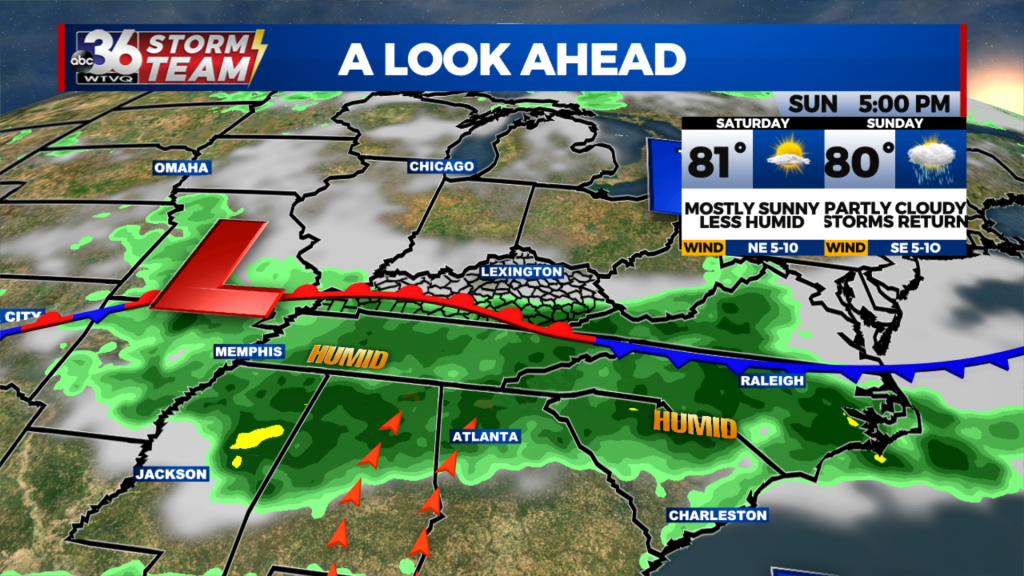