Unseasonably mild air sticks around with more rain on the horizon

After near record high temperatures in the low to mid-60s Tuesday, expect more pleasant air as our next storm system approaches Wednesday

Even though the calendar says mid to late January, it felt more like late March to early April across Central and Eastern Kentucky on Tuesday as clouds and rain departed, the sun returned and a strong southwest wind pushed mild air into the commonwealth. Afternoon highs surged into the low to mid-60s, a good solid 20 plus degrees above average for this time of the year. The lingering clouds helped make for some nice sunrise pictures across the area Tuesday morning. 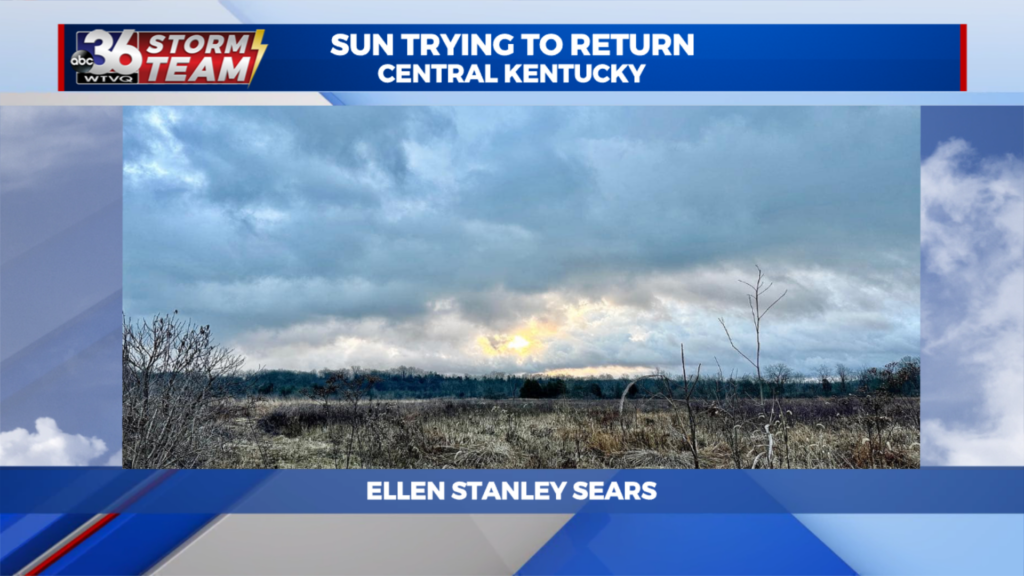 Our next storm system will crank up across the Central Plains on Wednesday pushing clouds and eventually some rain showers into the area by the end of the day. Afternoon highs will still be well above average into the upper 50s and low 60s but the clouds and rain should cap our warm up. The bulk of the rain and storms should be in the early hours of Thursday with some locally heavy downpours possible. Given the saturated ground with all the rain the last month or so, we could see some minor, localized flooding issues as another 1″-1.5″ rainfall will be possible in a few locations. There is also the chance of a few strong storms, especially west of the I-75 corridor with the all modes of severe weather on the table. 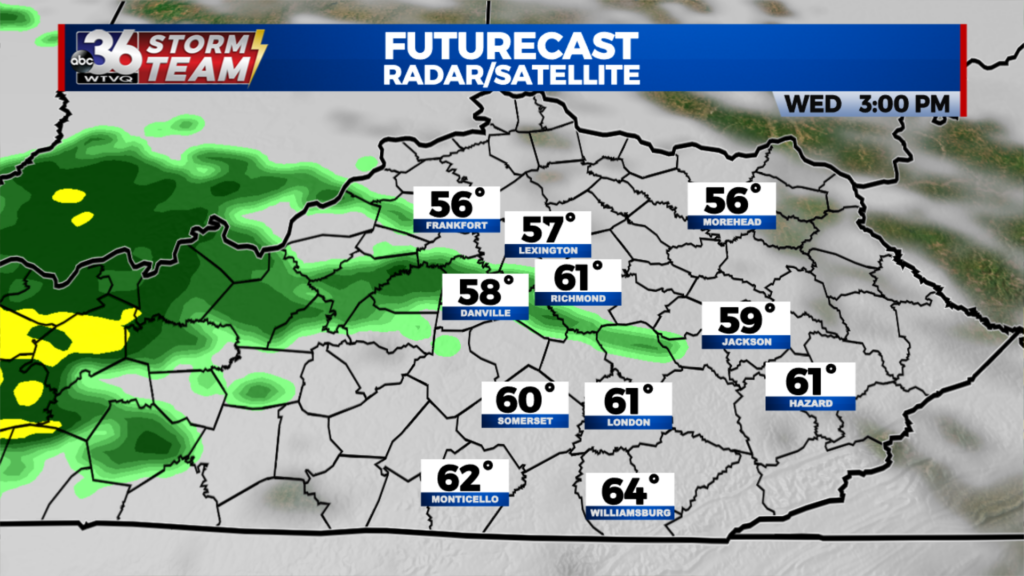 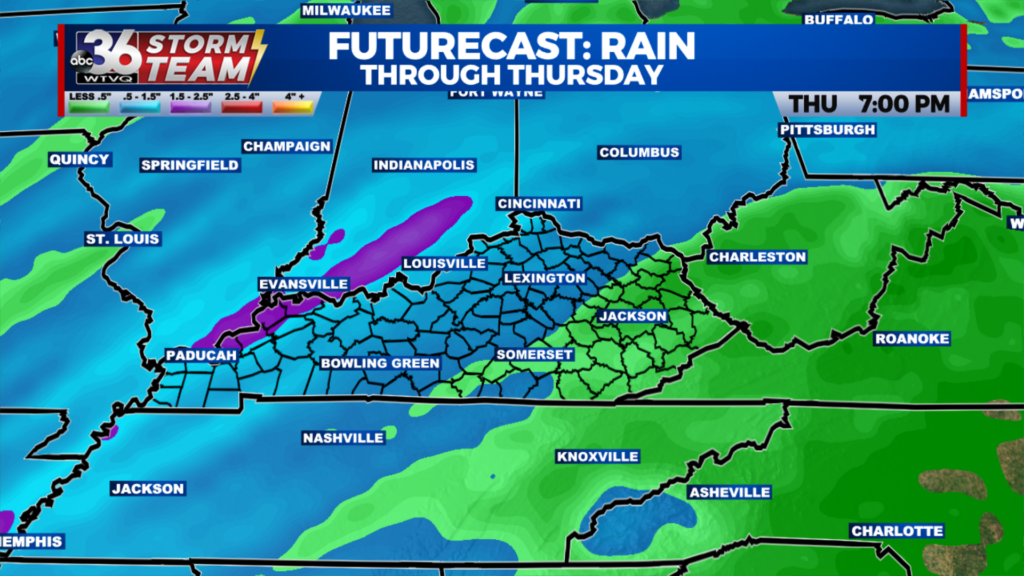 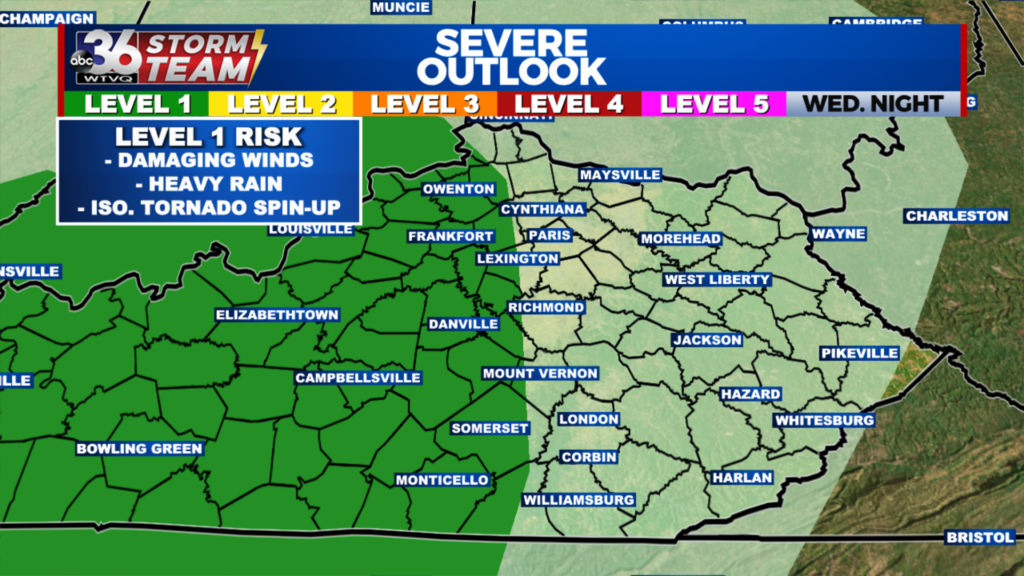 Once the boundary clears the area on Thursday, get set for a windy day as a southwest wind stays in place with the main low rotating through the Great Lakes. Wind gusts could be up to 40 miles per hour at times and just like what we saw on Tuesday, some sunshine should return by afternoon helping to push highs back into the low 60s! We will see a reality check beginning Friday and for the upcoming weekend as some chilly air filters back into the region with highs in the low to mid-40s into the weekend. 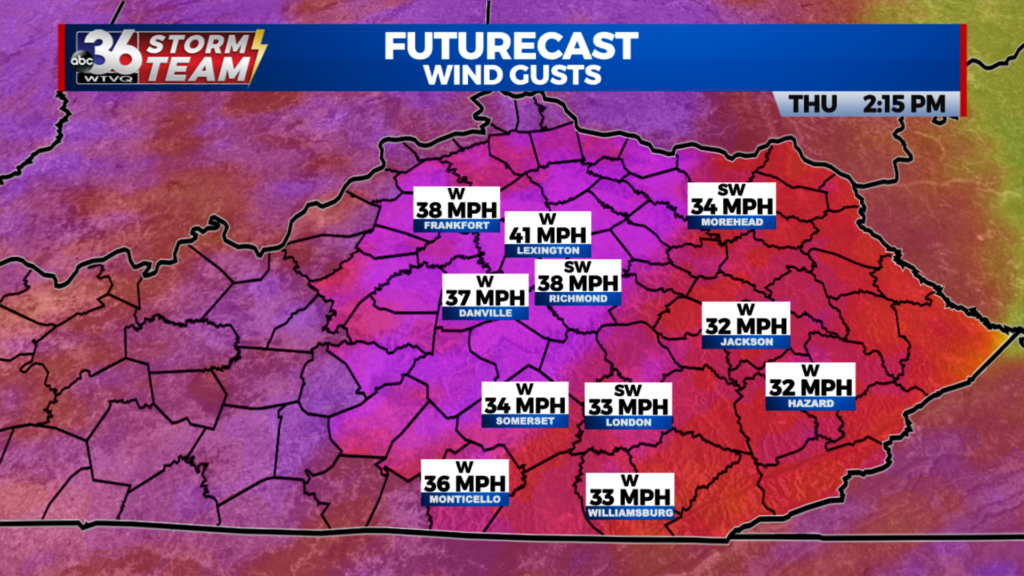 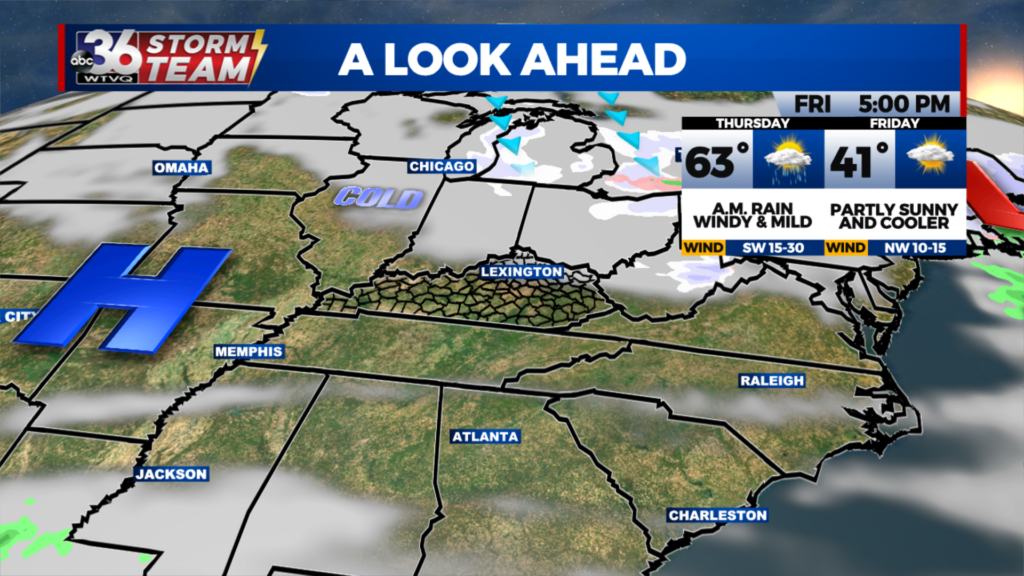