Average highs are still in the upper 80s for this time of the year but we should stay below the curve much of the week.

With a stubborn mid-level cloud deck hold tough across Central Kentucky we didn’t see much in the way of sunshine to kick off the week on Monday but considering it’s the middle part of August, there wasn’t much to complain about. Afternoon highs only reached the mid-70s in the Bluegrass with Southern and Southeastern Kentucky seeing low 80s thanks to a bit more sunshine poking through the clouds. Overall it looks like a pretty moderate week to come as far as temperatures and humidity levels go. 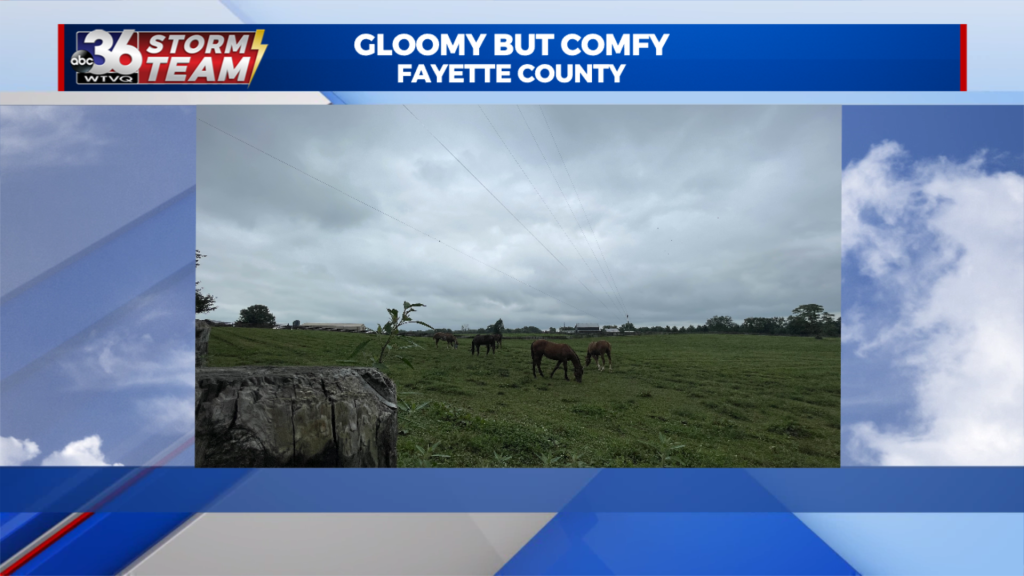 Heading into Tuesday, weak high pressure will be to our north as a wave of energy slides by to our southwest. Expect another day with a mix of clouds and sunshine with afternoon highs remaining into the upper 70s to around 80 degrees. While most locations will remain dry, a stray pop-up shower can’t be ruled out as we’ll be squeezed in between systems. More good news is that humidity levels will stay manageable. especially for this time of the year so the “muggy meter” won’t start to increase until this weekend. 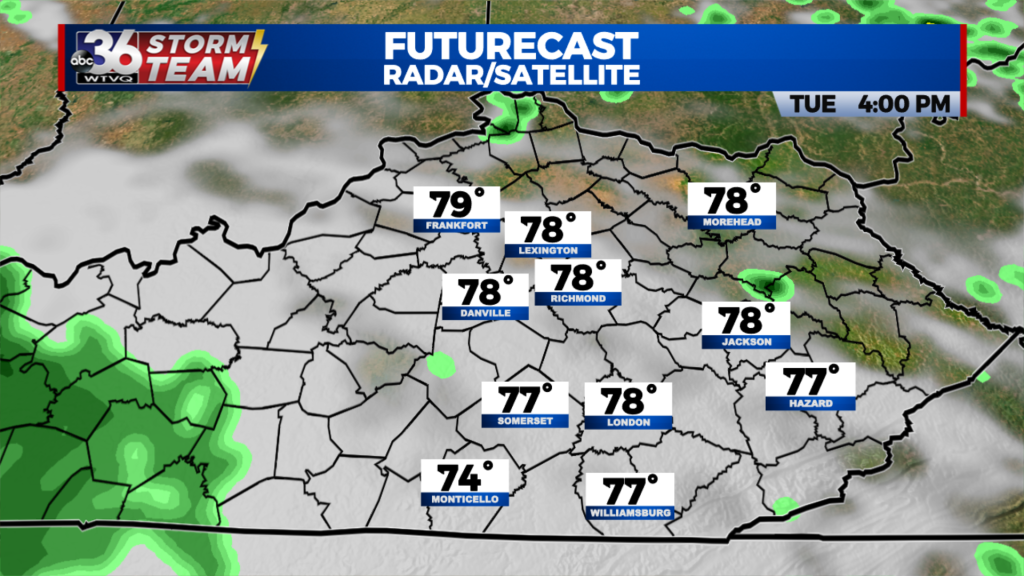 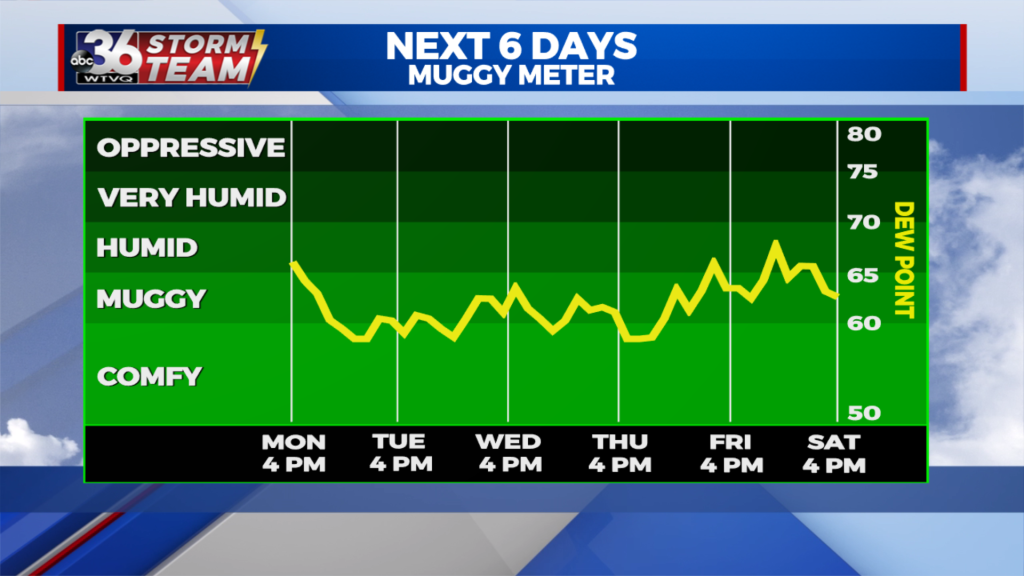 The fairly tranquil pattern should stick around into the late week as temperatures climb a few degrees each day for afternoon highs, reaching the mid-80s by Friday. A few stray pop-ups may be possible any particular day through the rest of the weekend but these should be few and far between. 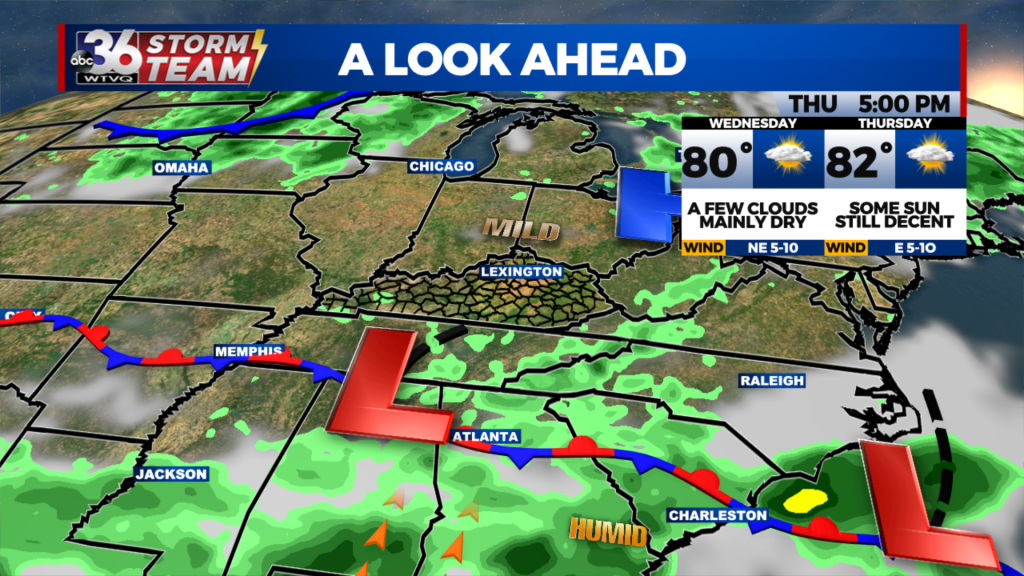 By this weekend, the southerly flow will bring an increase in moisture and humidity levels slowly but surely so the chances for a few scattered showers and storms will increase, especially with the afternoon warm. It’s really the second half of the weekend and into early next week when a frontal boundary drops in from the north that more organized rain and storms may be possible. Until then, enjoy the break from the oppressive heat and humidity we typically deal with this time in August. 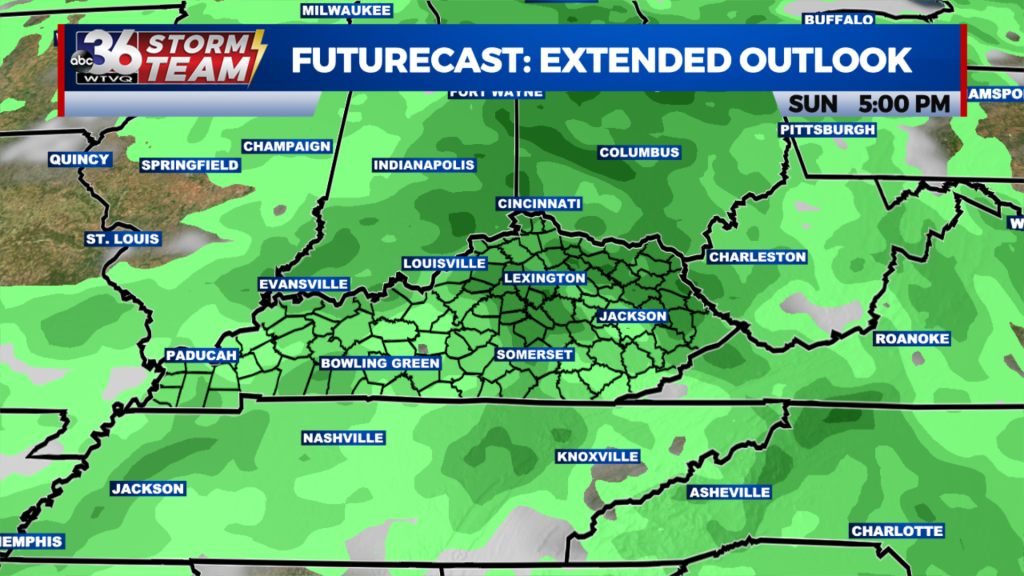