Temperatures return to the 90s for the first day of summer

Summer is officially here and temperatures will be feeling like it by Tuesday afternoon. After starting the day in the 50s and 60s, temps will be climbing into the low-to-mid 90s by the second half of the day. 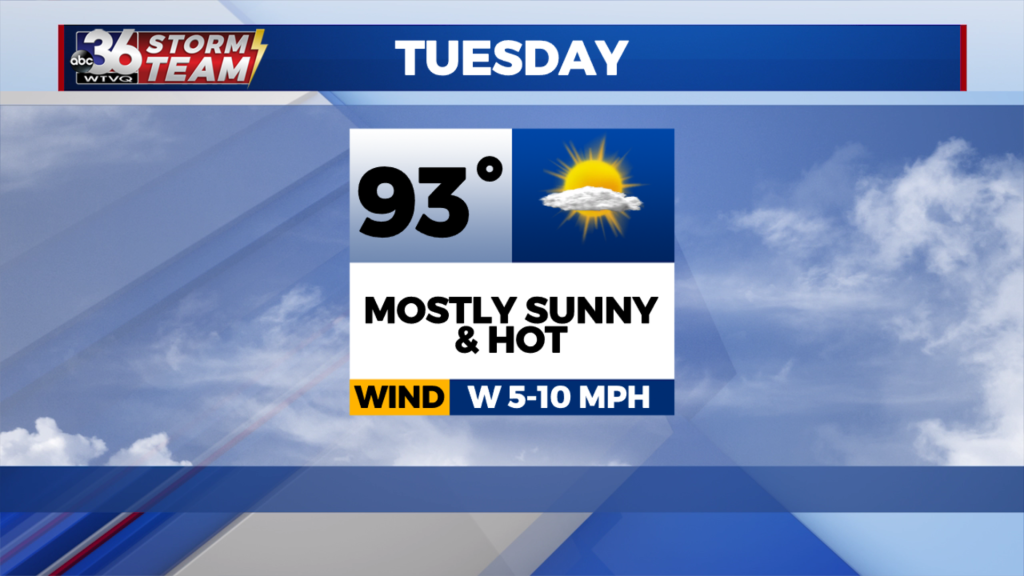 The dry and sunny conditions will continue for Tuesday as well before rain and storm chances return late in the day on Wednesday. Though temperatures will be climbing into the 90s, it won’t be as humid as last week making the hot conditions more tolerable. 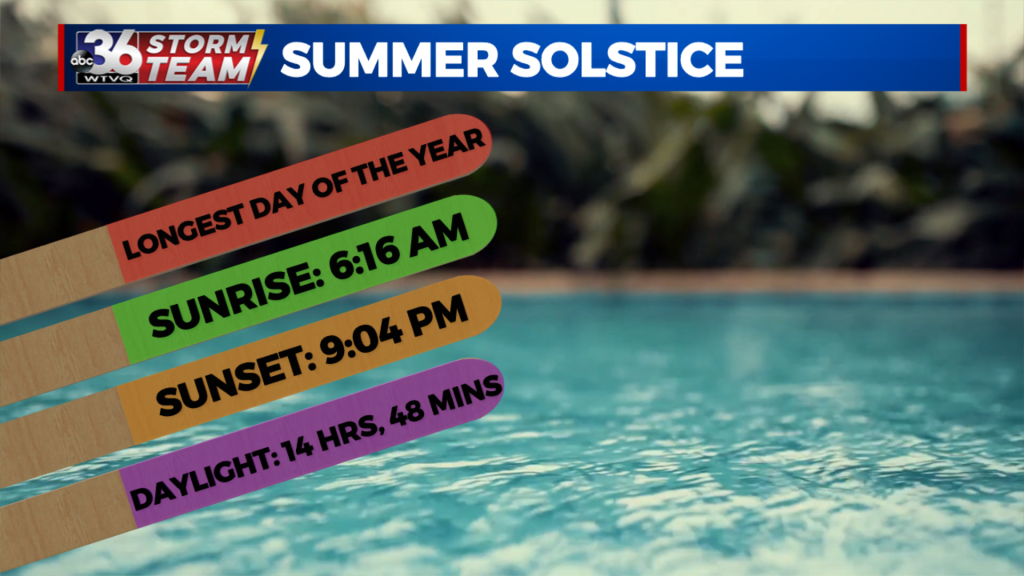 The summer solstice was Tuesday morning at 5:13 a.m. marking the start of the summer season. This is the longest day of the year in Lexington with 14 hours and 48 minutes of daylight. Daylight hours will slowly be decreasing for the remainder of the summer months. 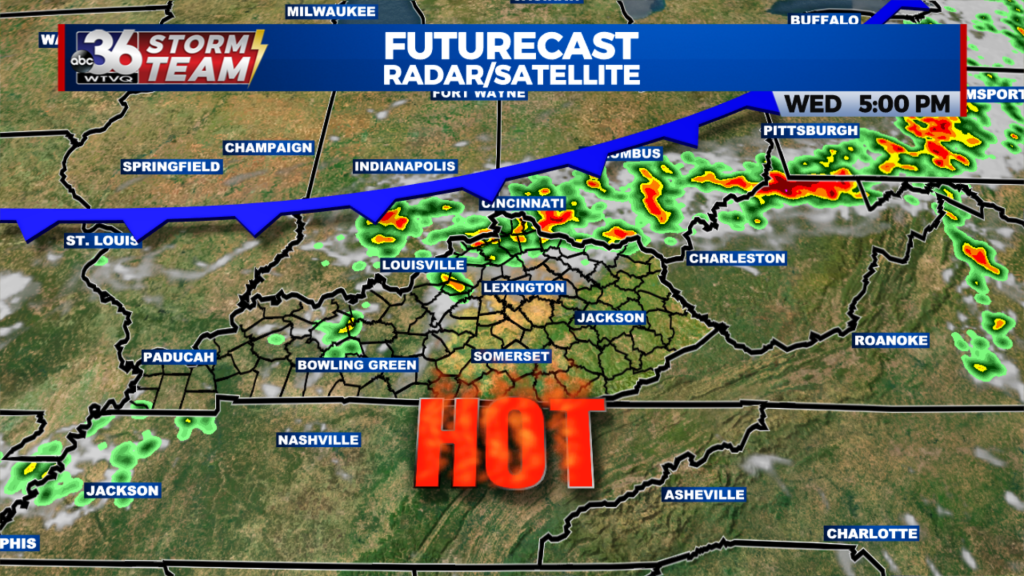 Wednesday will be another hot day with temperatures reaching the mid-90s. However, the heat will help fuel late day showers and thunderstorms. A cold front with showers and storms developing out ahead of it will be dropping into the region throughout the day. A few storms could be strong-to-severe, especially in the northern half of the ABC 36 viewing area. Damaging wind gusts will be the primary severe weather threat. 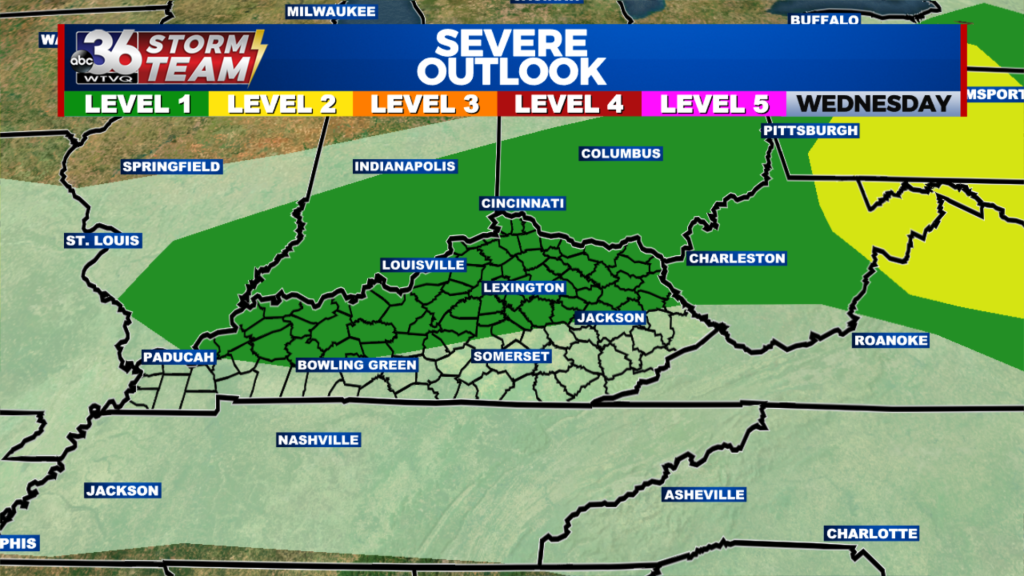 Conditions will be improving overnight Wednesday into Thursday as the front passes southward. This front won’t drop our temperatures drastically, but Thursday high temperatures will struggle to reach the upper 80s before we return to the 90s heading into the weekend.