Scattered heavy rain leads to flooding concerns into the mid-week

With several more rounds of heavy rain and storms expected into Wednesday, a Flood Watch is out for all of Central and Eastern Kentucky until late Wednesday

We’ve dealt with a pretty dry summer across most of Central and Eastern Kentucky but Mother Nature is flipping the script on that thanks to a wet and unsettled weather pattern we’ve shifted into across the areas. Many locations in the Bluegrass saw 1″ plus rainfall totals on Tuesday with a few spots seeing 2″-3″ of rain. With additional rounds of heavy rain and storms expected into the mid-week, a Flood Watch is out for the entire area through Wednesday evening. 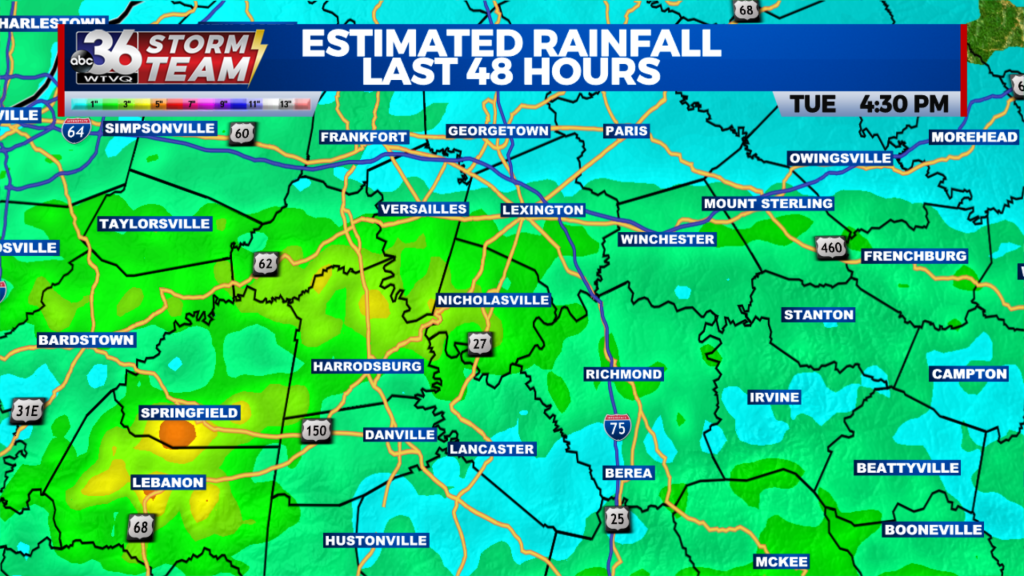 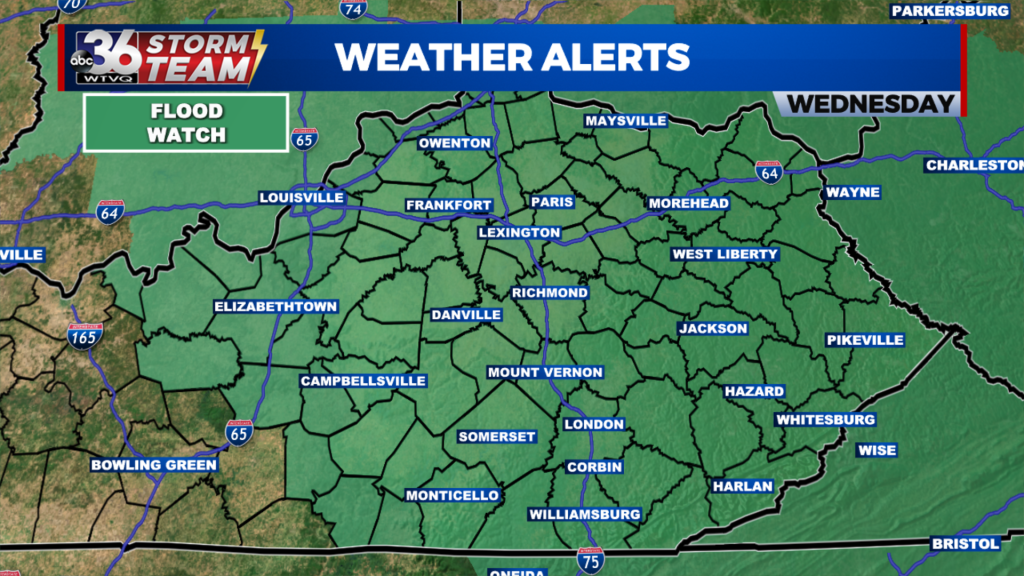 While it won’t be an all day rain Wednesday, expect occasionally heavy downpours with a few storms mixed in, especially down south in the more unstable air. Afternoon highs should reach the low to mid-80s. It’s been muggy and will stay that way the rest of the week before we catch a brief break from it into the weekend. 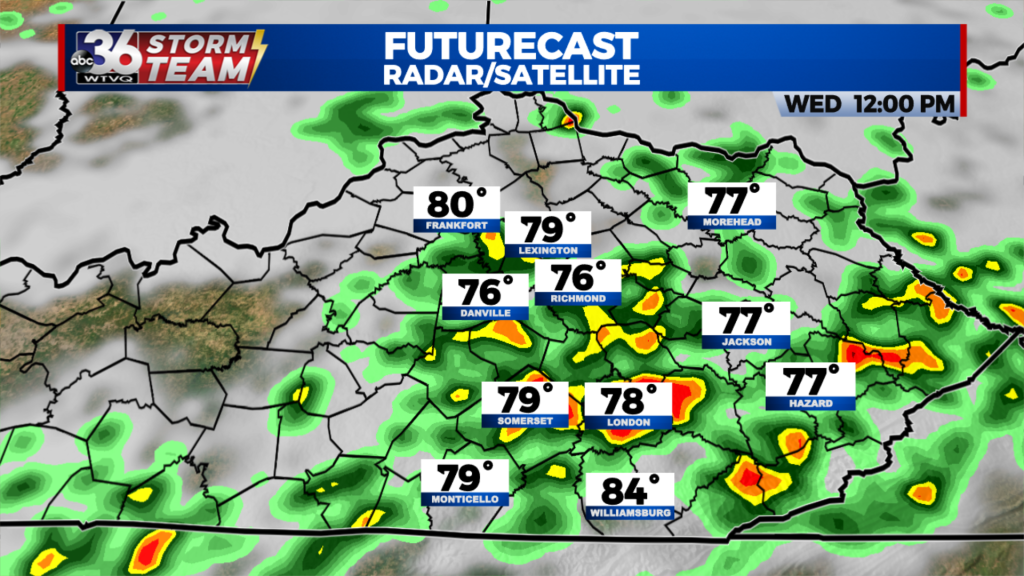 This active pattern will hold serve through Friday before a strong area of high pressure builds into the Ohio Valley just in time for the weekend. The burning question is how far south the frontal boundary will push by Saturday. At this point it looks dry for much of the area with less humidity and pleasant temperatures. Folks along the Kentucky/Tennessee border may see a passing shower on Saturday. 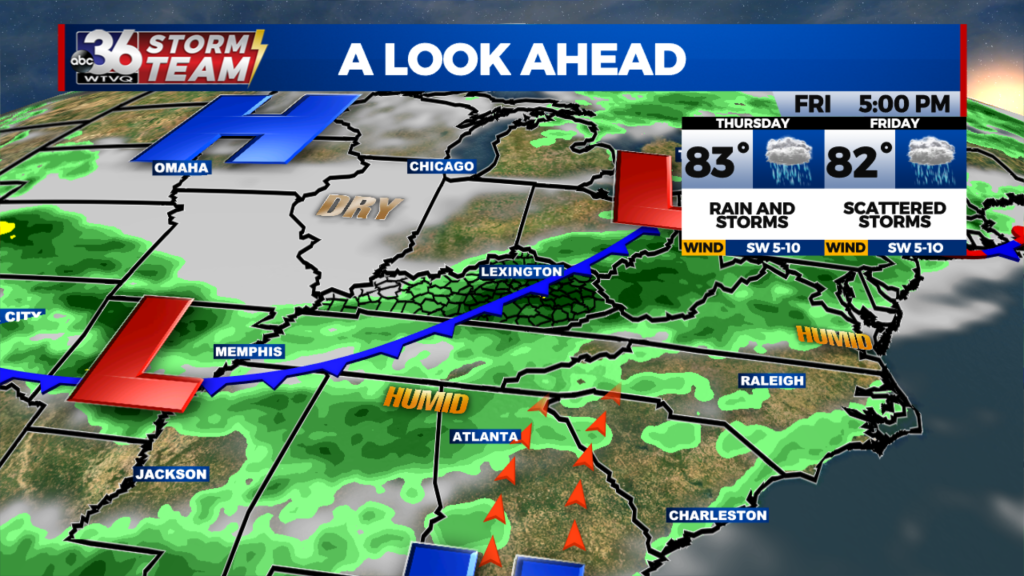 The break from the rain won’t last long as the boundary once again works back to the north as a warm front to close out July on Sunday. Kicking off August on Monday it will be the same ole song and dance with scattered rain and storm chances as afternoon highs climb into the mid to upper 80s. Over the next week, we could widespread 3″-5″ rain totals so that would pretty much eliminate any drought conditions across the area but keep the flood threat in play. 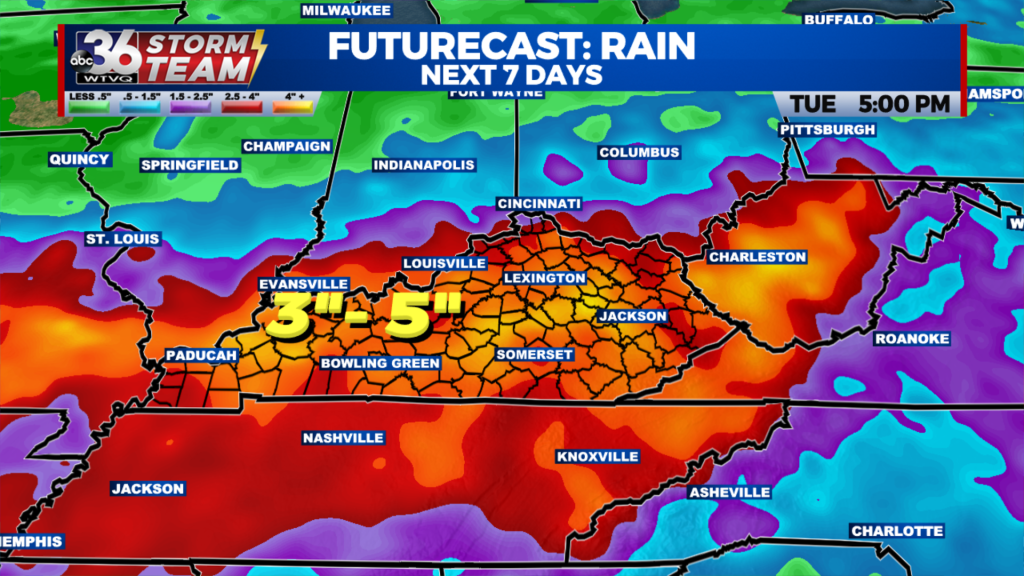