Rain and storms followed by lots of wind into Thursday

With an area of low pressure spinning through the region it looks wet and stormy into Thursday, followed by gusty winds through the afternoon

We saw another unseasonably mild day for mid-January across Central and Eastern Kentucky but it was really all about location. A warm front draped across our southern counties, afternoon highs reached the low 60s while farther north it was a bit cooler but still decent with readings in the low to mid-50s. Clouds were in place through the day as the moisture gathered out to the west ahead of the storm system that will impact our weather into the early hours of Thursday. Once again with a few breaks in the clouds, we enjoyed a pretty sunrise on Wednesday morning. 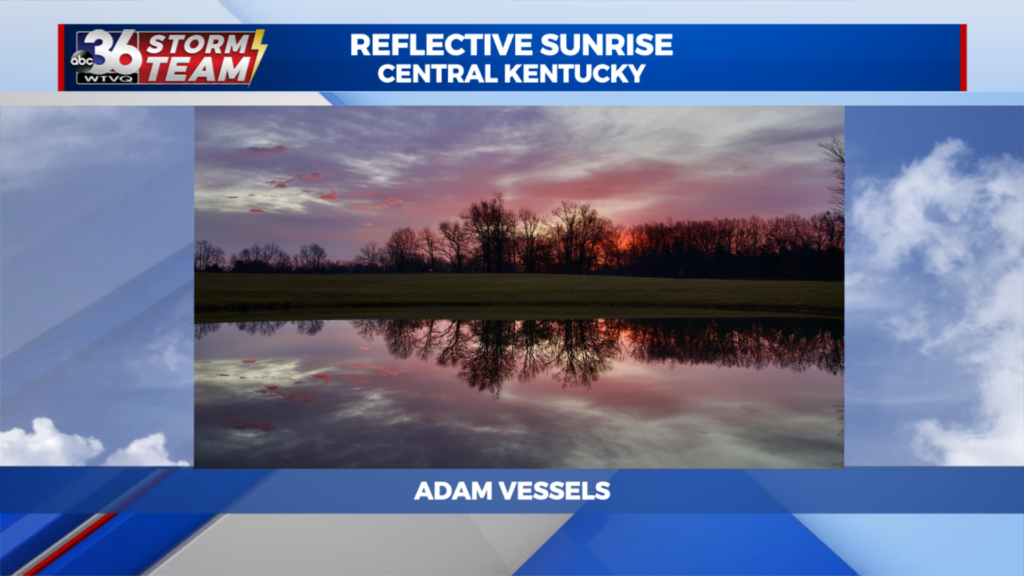 As the area of low pressure spins through the Ohio Valley early Thursday, expect some moderate to heavy downpours to go along with a few thunderstorms. The good news is that the severe threat has lessened and looks to stay out to our west. The rain and storms should be confined to areas east of I-75 after daybreak Thursday before we dry out. The big story Thursday will be the strong, gusty winds. As skies clear and the sun comes out, winds will crank up with gusts 40 to 45 miles per hour during the afternoon hours so keep that in mind. A Wind Advisory is out for much of Central and Southern Kentucky from Noon until 7pm on Thursday. Those winds coupled with the sun should drive afternoon highs back into the low and mid-60s! Enjoy it since that will be the last of the milder air for awhile. 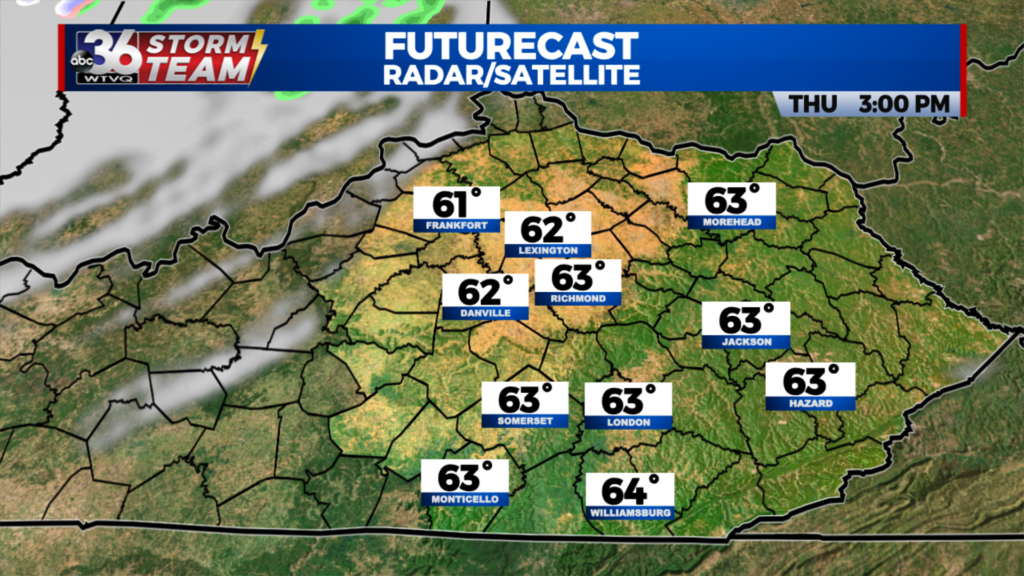 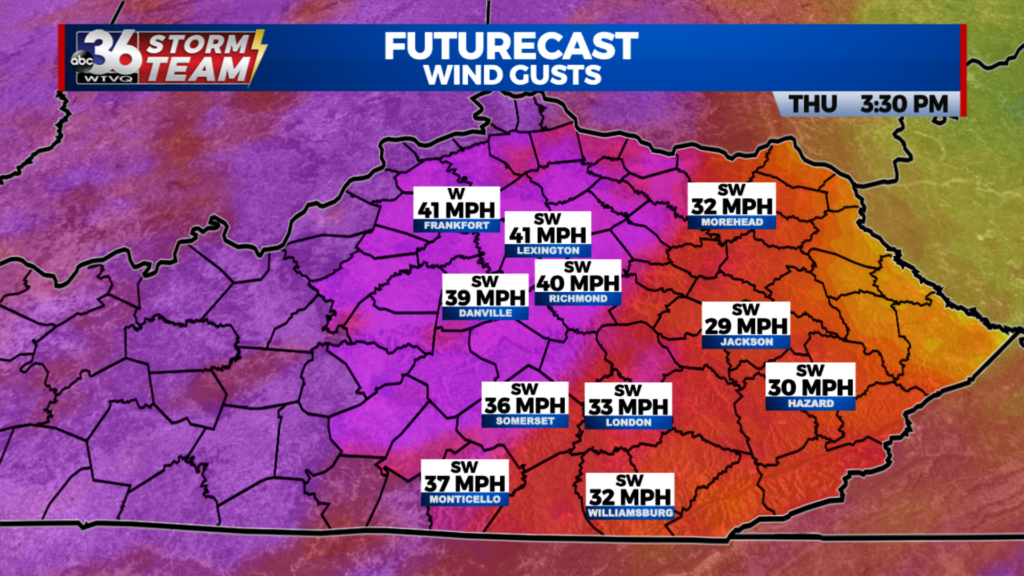 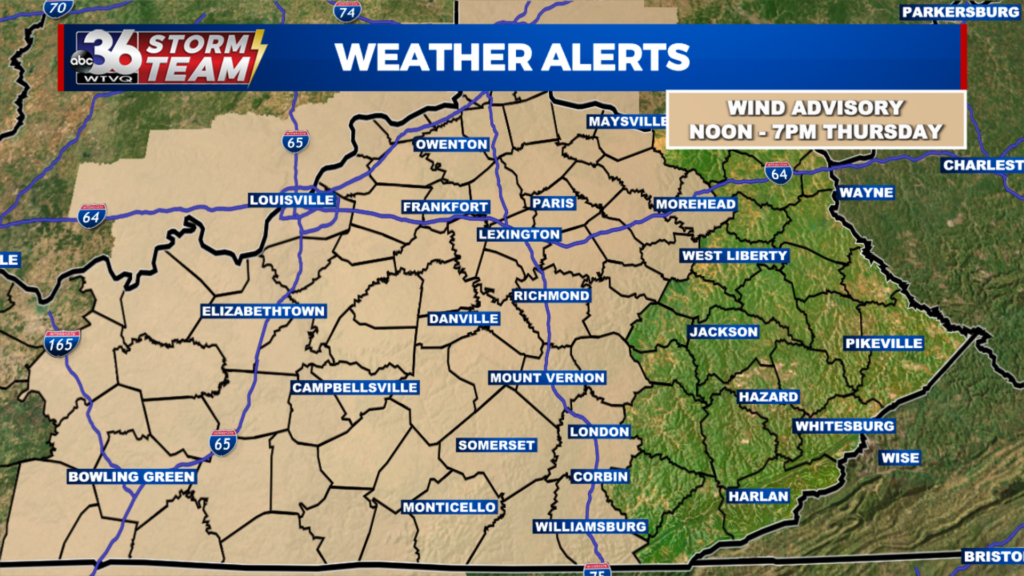 It will feel like January to end the week and head into the upcoming weekend as high pressure slowly works in from the west. With a few clouds lingering Friday and a breezy northwest wind, afternoon highs should only reach the upper 30s with more sunshine on Saturday and highs in the mid-40s with general quiet weather. 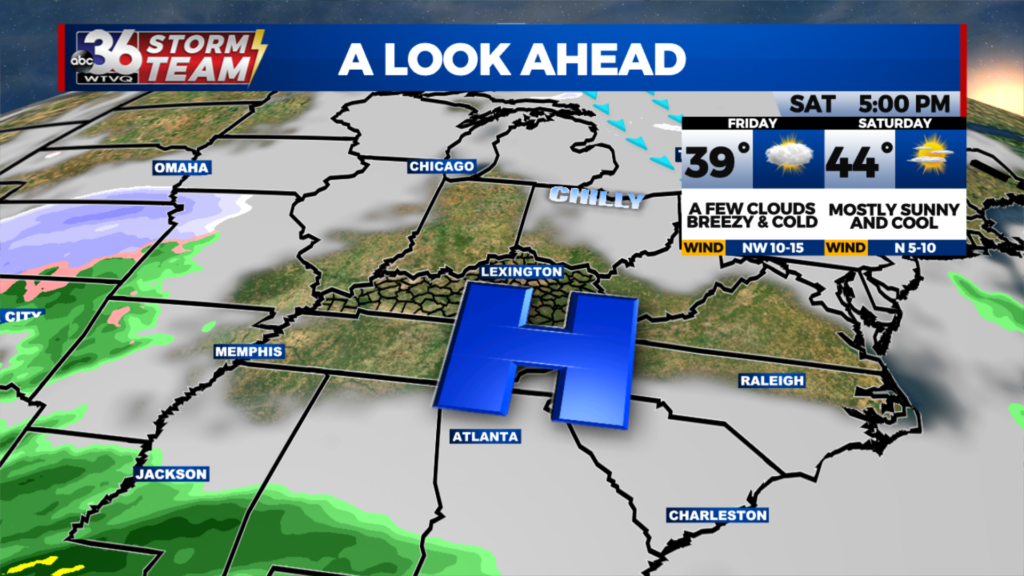 Our overall weather pattern will remain on the active side with a couple of systems running through the region from the southwest, one as we close out the weekend and the other by the middle part of next week. At this point it appears the Sunday event will be mainly rain with a few snowflakes on the front and back ends. The mid-week system has a better potential of bringing some light snow to the area but keep in mind we are still about a week out from that so the data will go back and forth several times trying to get a handle on things. Stay tuned. 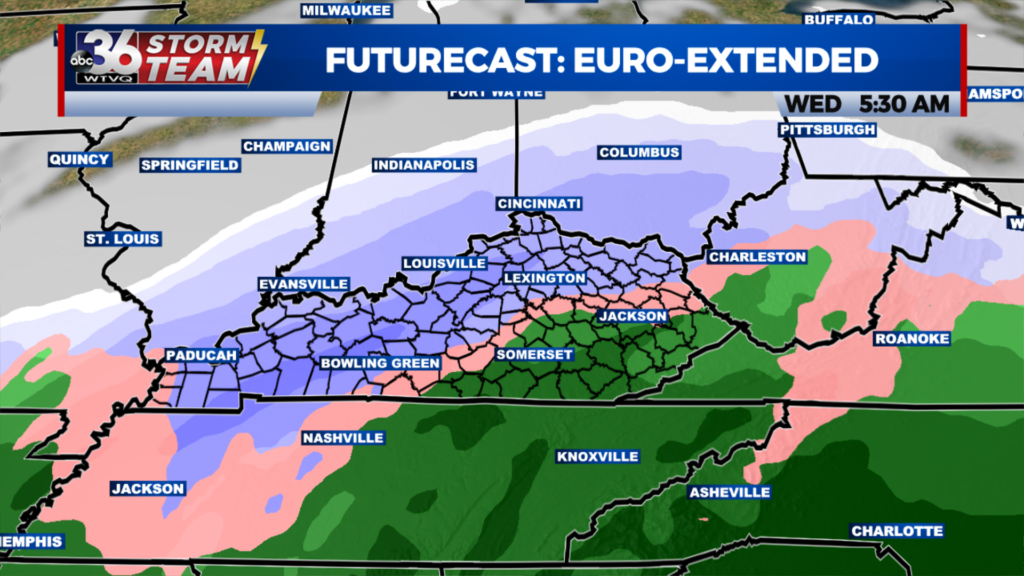