If you didn’t know any better it could easily be mid-September instead of mid-August given the unseasonably mild temperatures of late along with lower humidity levels. It doesn’t happen often but Tuesday was another nice day across Central and Eastern Kentucky with a mix of clouds and sunshine, bright blue skies (from the lack of moisture/haze in the air we would typically see) as afternoon highs reached the low 80s in most spots. Sure we saw a couple of isolated showers fire with the afternoon warmth, but that’s pretty standard given the set-up. 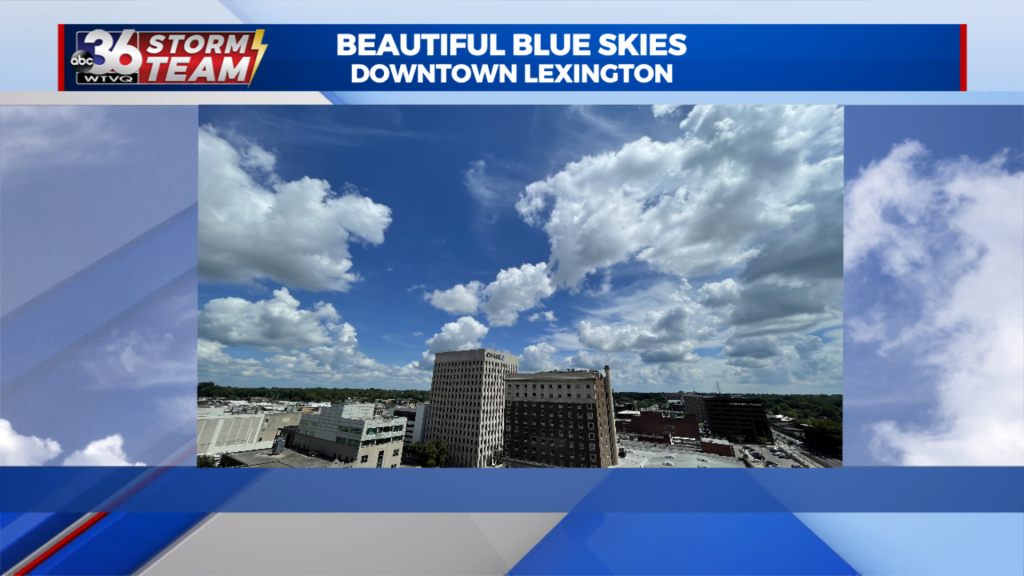 Expect more of the same heading into the mid-week as high pressure to our northwest continues to push some pleasant air into the region with a fresh northeast breeze. Comparable to Tuesday, Wednesday will featured a mix of clouds and sunshine and once again a few stray showers can’t be ruled out with some upper level energy to our southeast but most spots will be dry. 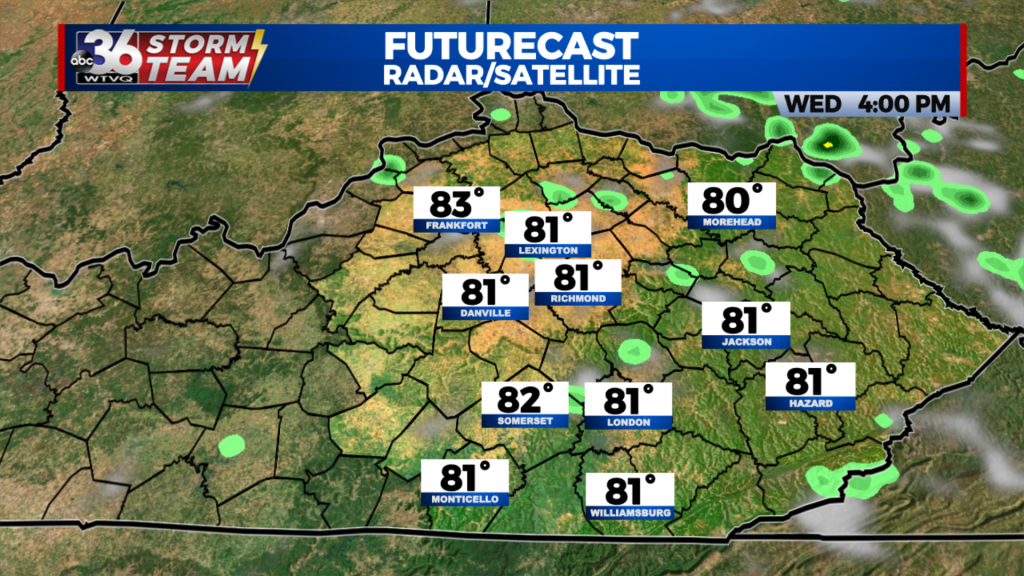 Our “muggy meter” should remain in the comfy to slightly muggy range through the rest of the week, which is fantastic for mid-August, but you’ll notice how it begins to pick up a bit by Friday and the upcoming weekend as we get slightly warmer and a southerly flow brings a return of moisture to the area. 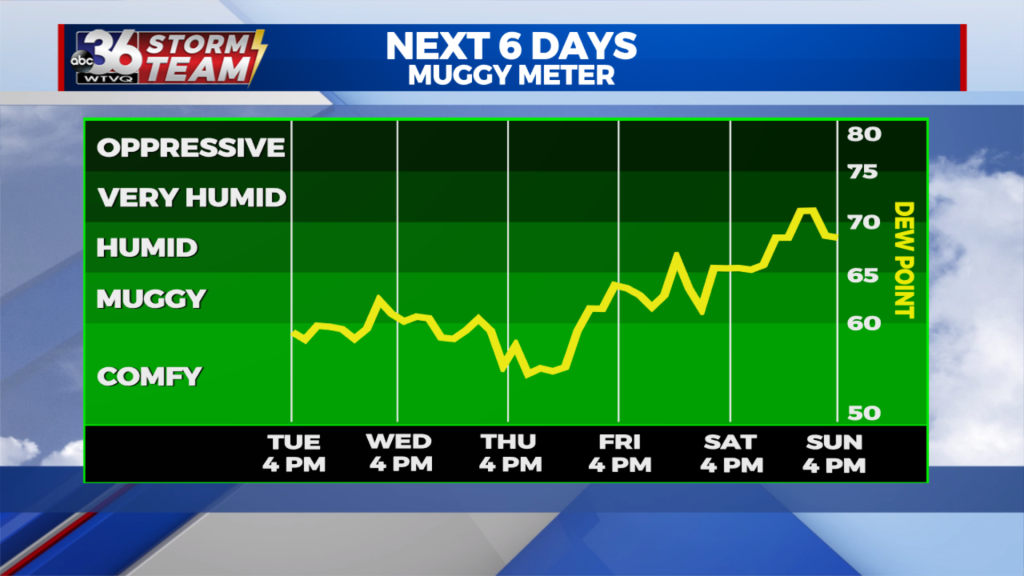 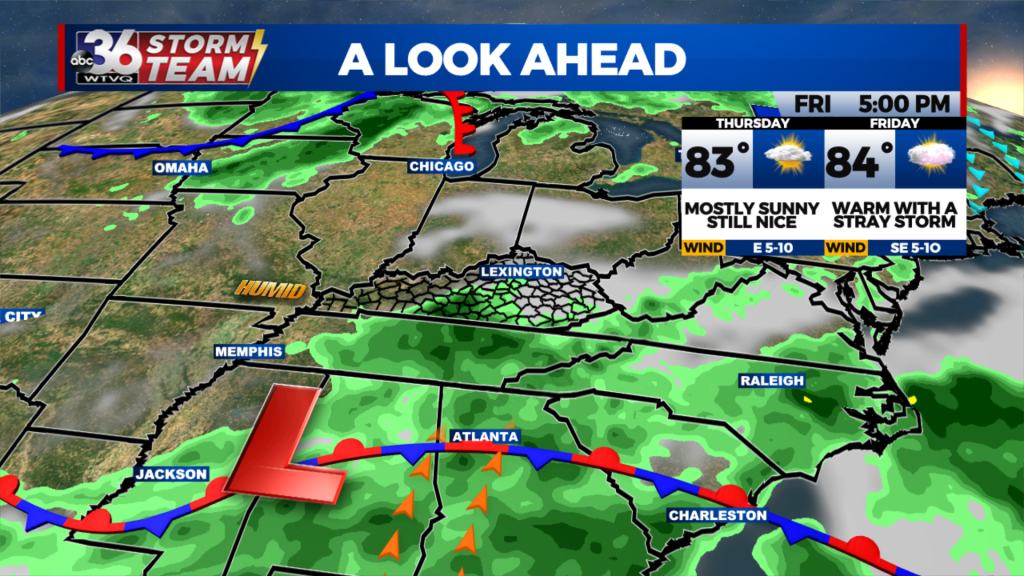 Our organized rain and storm chances should really pick up Sunday and Monday as a frontal boundary drops in from the northwest and bumps into all the moisture pooled over the Ohio Valley. At least temperatures will stay manageable with afternoon highs remaining in the low 80s. 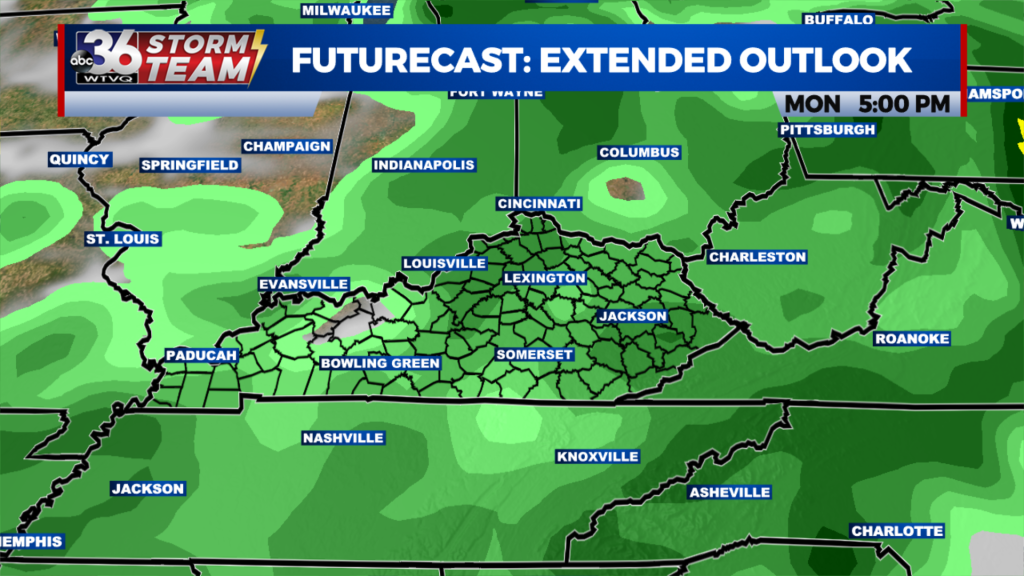