After a brief break, more rain and storms on the way into the late week

Oaks Day looks pretty wet and stormy but the shower chances may actually diminish through Derby Day, especially over in Louisville

With the frontal boundary that brought all the storms to Central and Eastern Kentucky on Tuesday well to our east and south, lingering cloud cover kept temperatures in check Wednesday with most spots topping out in the low and mid-60s. We did see a bit of sunshine in the southeastern Kentucky mountains, which allowed a few spots to make a run at 70 degrees. 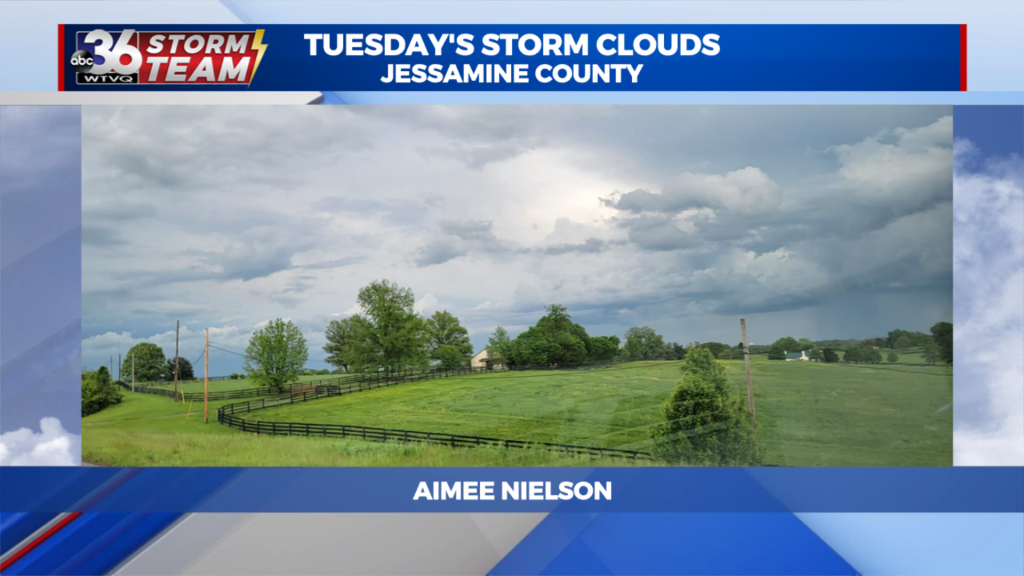 Thursday looks dry for the most part as a southeast wind picks up ahead of our next storm system which is unfortunately set to arrive just in time for Oaks Day on Friday. Highs should reach the low to mid-70s Thursday with a few isolated storms arriving late afternoon before the coverage become more widespread Thursday night. 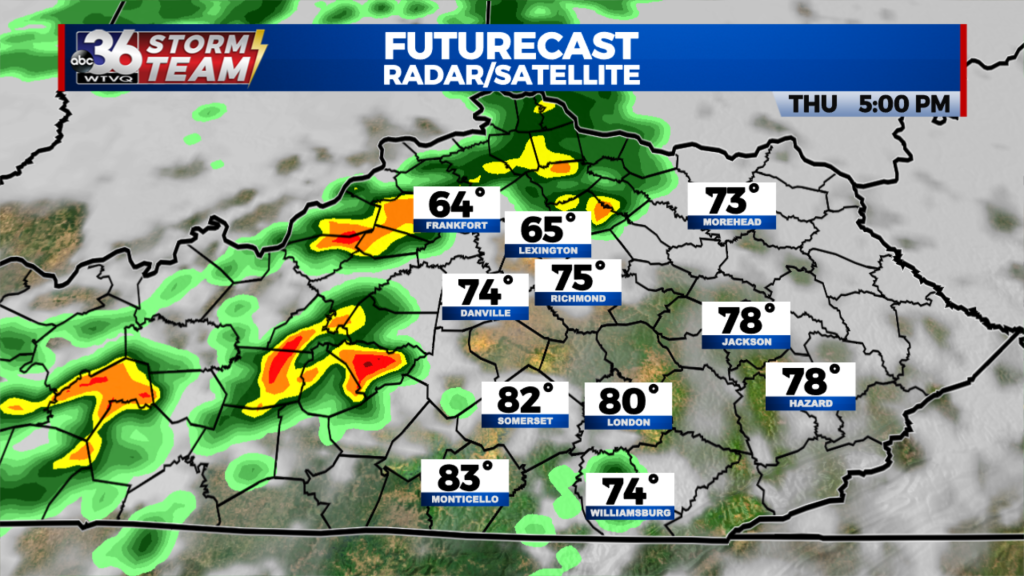 As the area of low pressure spins through the region along with the trailing cold front, rain and storms are expected through Friday so if you have plans to be at Churchill Downs in Louisville on Oaks Day, rain gear will be in order with solid rain chances expected. A few storms will be possible, although the better threat for strong storms should be just to our south across the Tennessee Valley.

Of course the X-factor heading into Derby Day is the  upper level system that is expected to linger behind the main surface low as it treks eastward. Right now, much of the data has a few lingering showers on Derby Day but it should be drying out through the afternoon. This should allow the track to dry a bit as the horses head to the post for the 148th Kentucky Derby just after 6:30pm Eastern on Saturday. Of course farther east here in Central and Eastern Kentucky, expect the light showers to hang on much of the day as the clouds hold afternoon highs into the low to mid-60s. 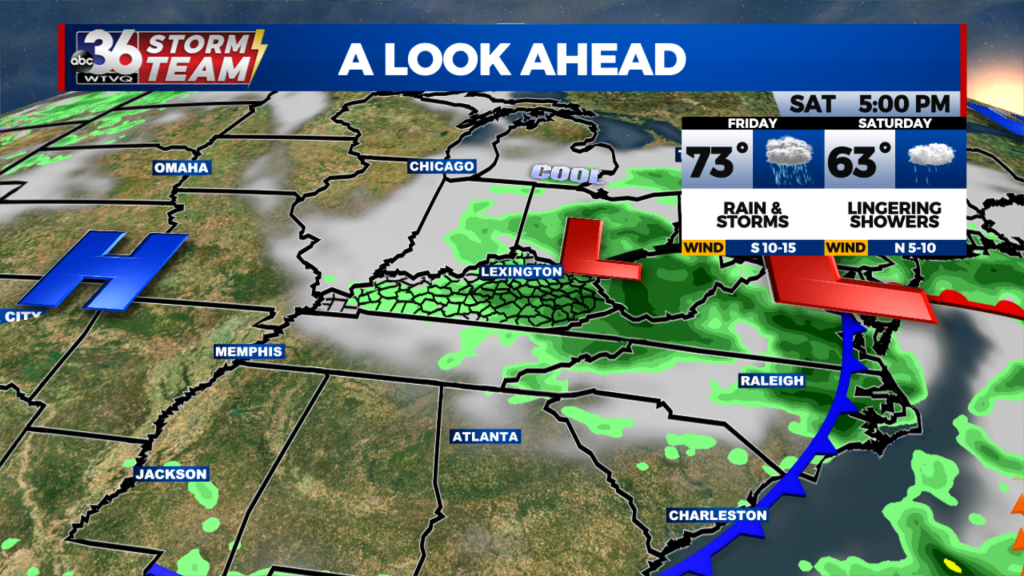 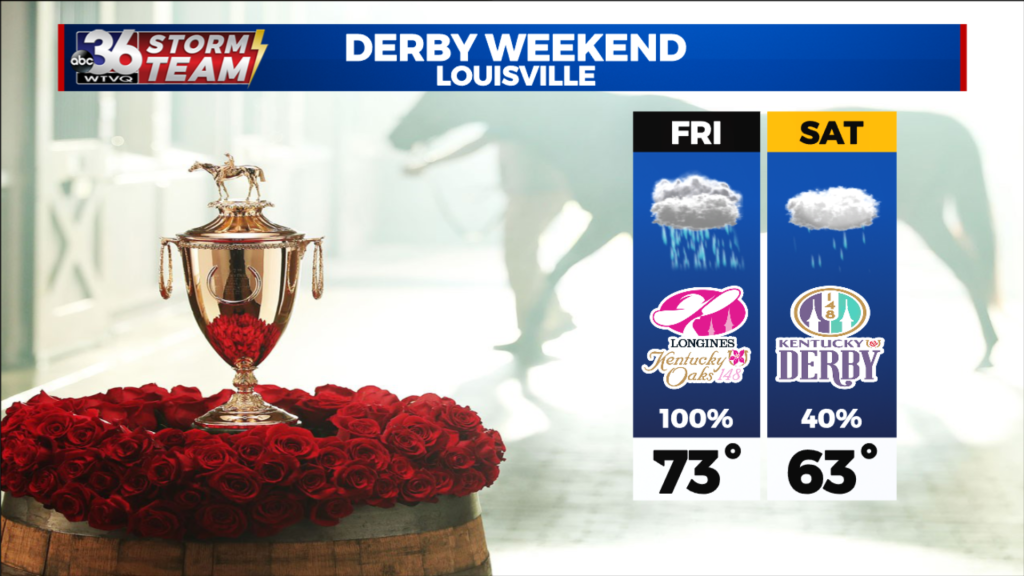 Mother’s Day looks nice with dry conditions and afternoon highs into the mid-70s. The good news is that we have a return of summer-like warmth as we head into mid-May. With a big ridge of high pressure over the Eastern U.S. beginning early next week, afternoon highs will surge into the mid-80s with potentially a few upper 80s in spots! You know how it is after Derby Day, the warmth can really kick in quickly and that appears to be the case here in 2022. Stay tuned! 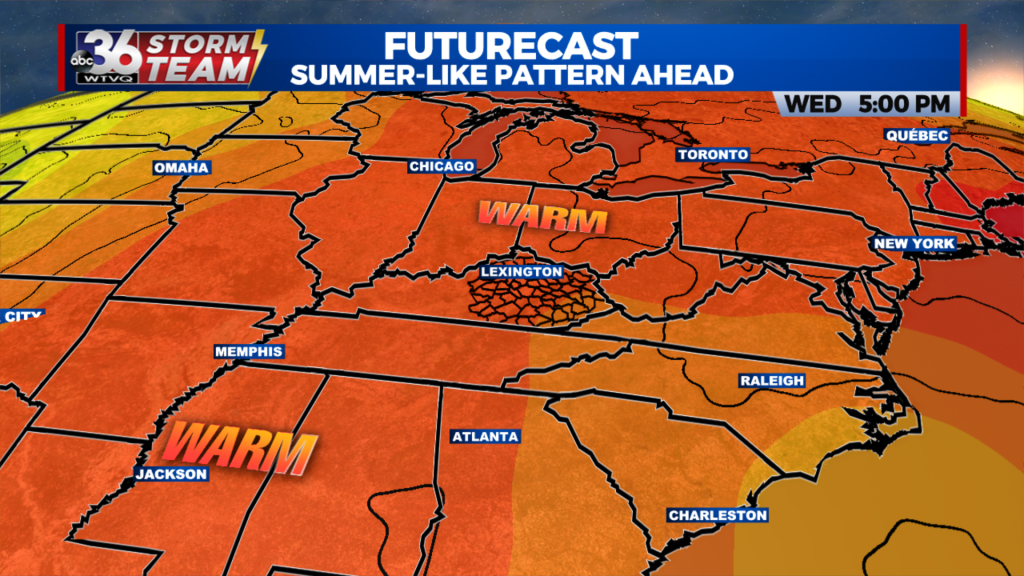