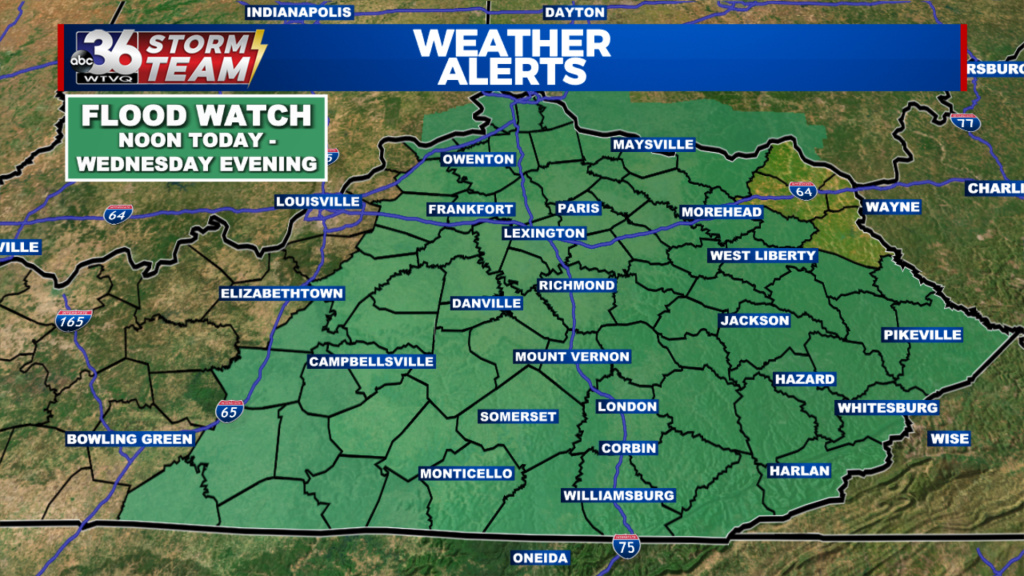 A Flood Watch has been issued for central and eastern Kentucky that goes into effect at noon on Tuesday and lasts through Wednesday evening. Scattered, slow-moving showers and thunderstorms will be developing Tuesday afternoon and evening. Not much rain is needed to cause high water issues thanks to how saturated the ground is from recent rainfall. A few showers and storms will continue during the overnight Tuesday into Wednesday, but most of the widespread activity will weaken once the sun sets. 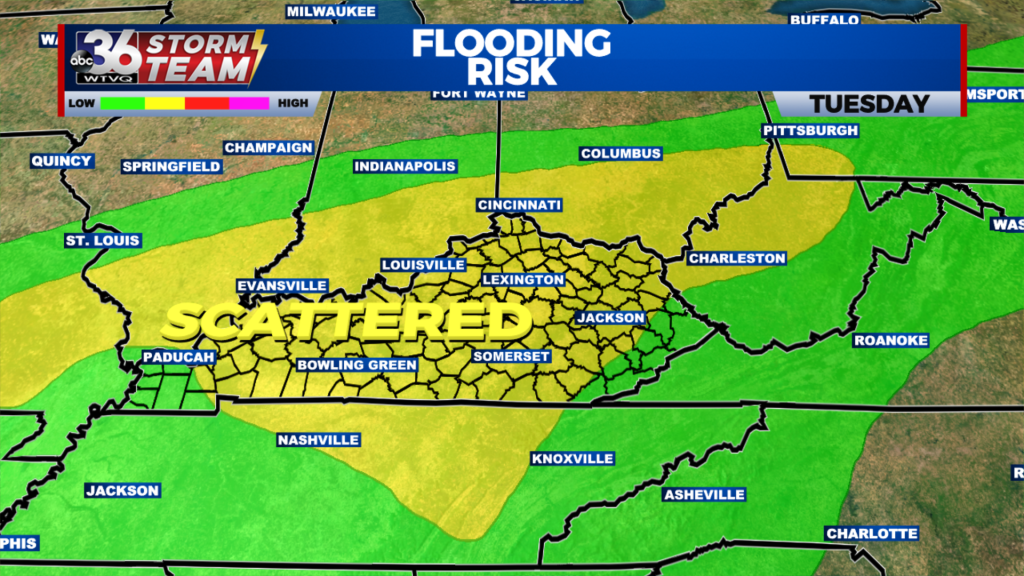 The rain threat continues into Wednesday. Widespread showers and storms are likely, especially during the afternoon and early evening. Flash flooding will also be possible once again, with southeast Kentucky under the highest risk. 2″+ of rain will be possible in isolated downpours, that amount of rain will be enough to cause issues in areas that have already dealt with devastating flooding. 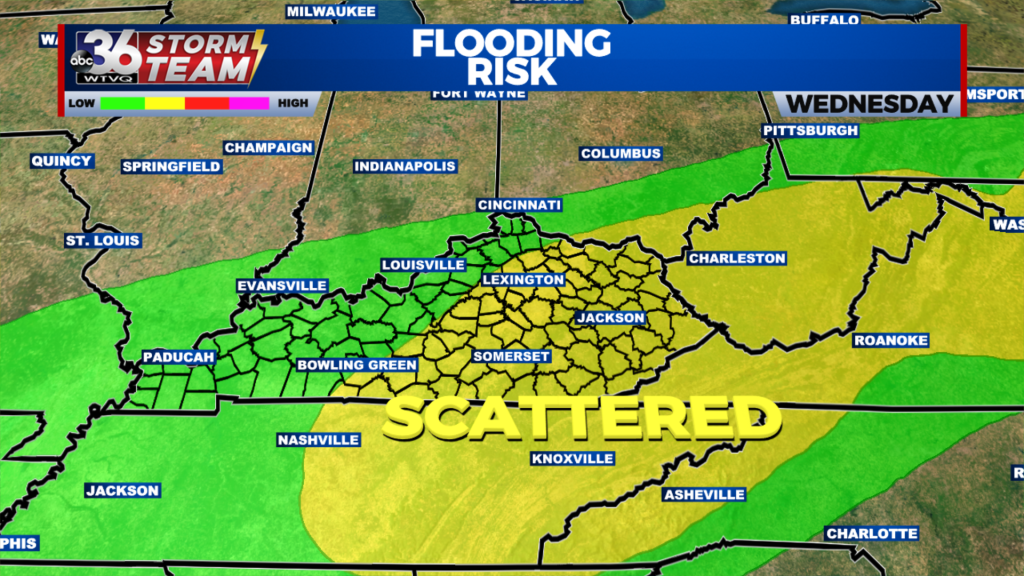 A pattern change is FINALLY on the way! After the stubborn cold front passes late this week, drier and cooler conditions settle as we head into the weekend. Temperatures in the low 80s and upper 70s will be likely Friday into Saturday. Dewpoints will be low as well, making it feel like early fall out there. Rain chances pick up slightly late Sunday into Monday but temperatures will likely remain below average. 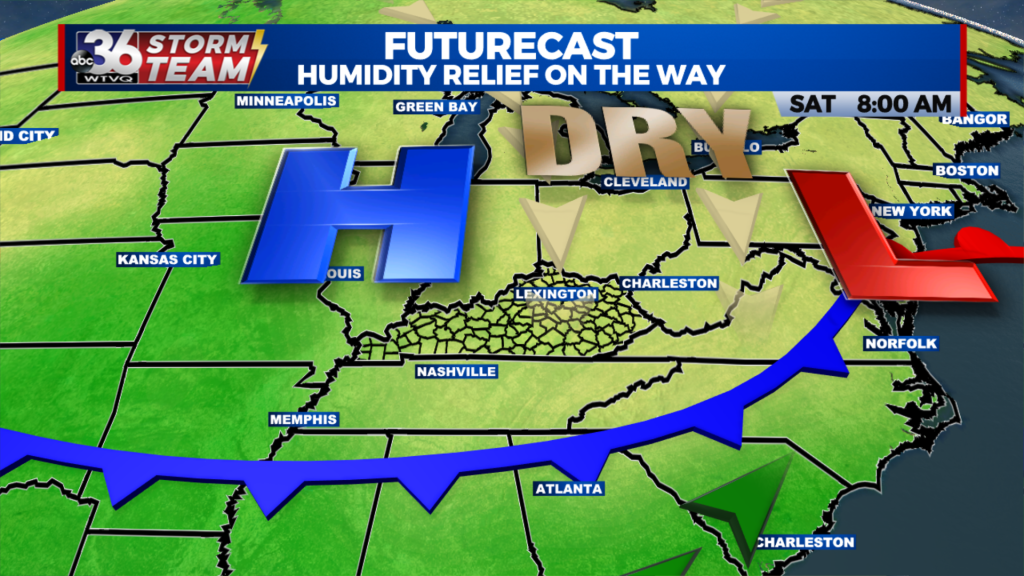