Dangerous flooding possible this week in central and eastern Kentucky

A potentially dangerous setup is evolving over the next few days, with at least some flooding likely in central and eastern Kentucky.

A stationary boundary is set up over the heart of central Kentucky. The result has been several waves of heavy rain that have already produced Flash Flood Warnings across eastern Kentucky. A Flood Watch is in place for most of central and eastern Kentucky through Wednesday to address the possibility of flash flooding and flooding in rivers, creeks, and streams. Flooding may also occur in poor drainage and urban areas. 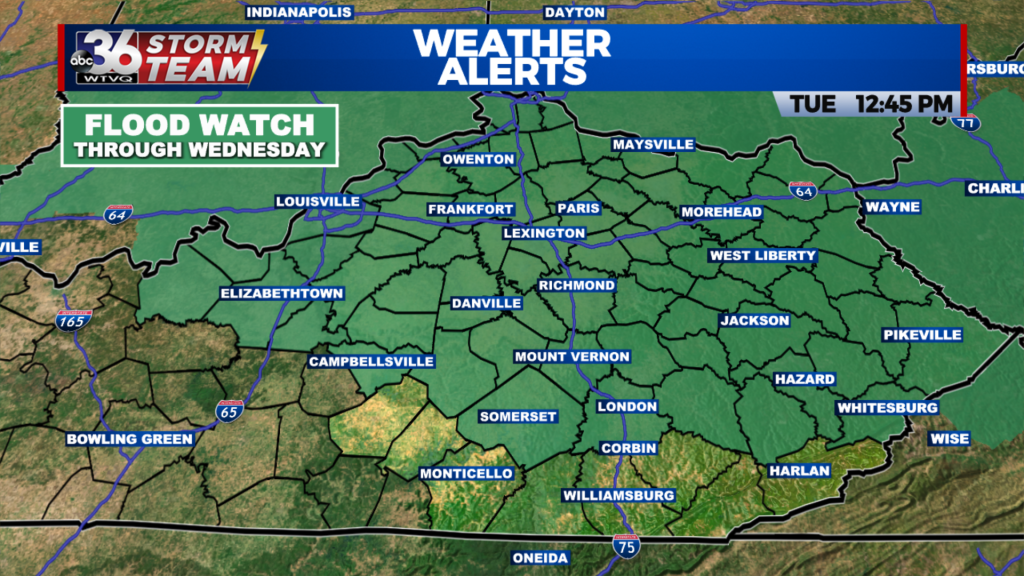 The Weather Prediction Center has placed most of Kentucky under a Moderate Risk for flooding on Tuesday and Tuesday night. There is the possibility of isolated significant flash flooding, especially early Wednesday morning. NEVER attempt to drive or walk through standing water, and always have a plan in place to reach higher ground. 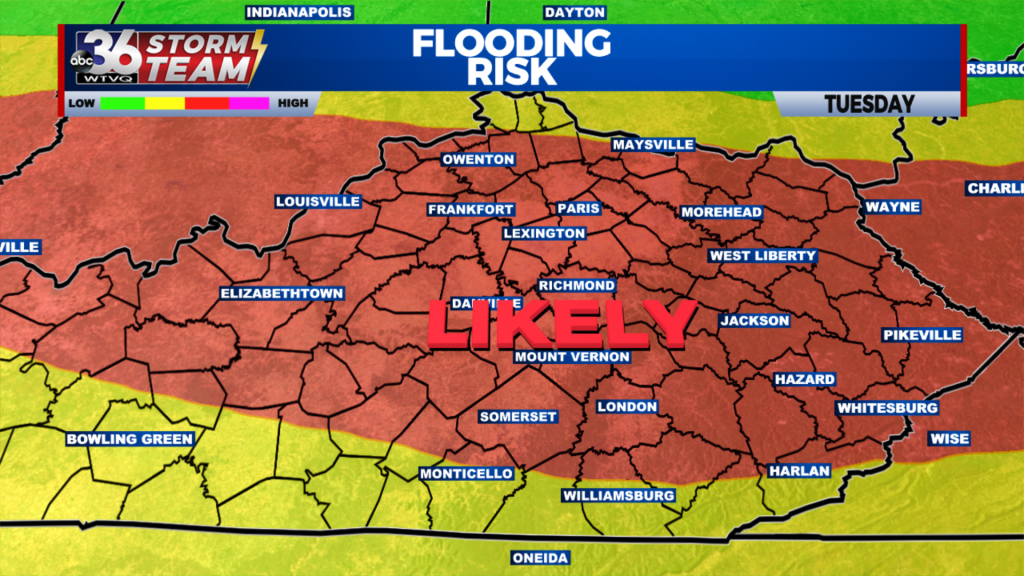 Futurecast shows a break in the rain Tuesday evening. Despite some brief dry time, the ground will be highly saturated. 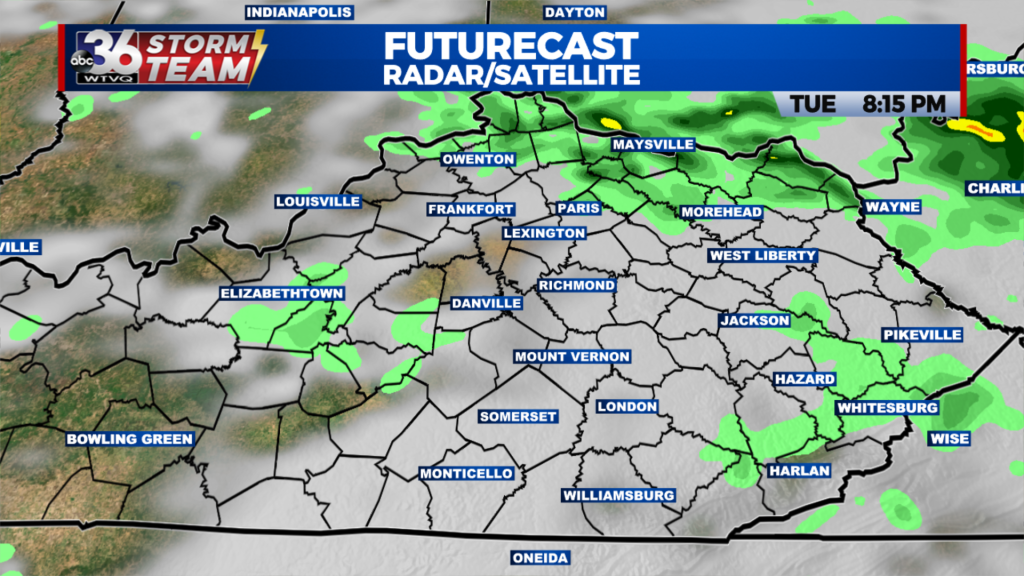 Showers and thunderstorms quickly ramp back up during the pre-dawn hours of Wednesday. Rainfall Wednesday morning may not be as heavy as Tuesday morning, but it will take much less rain to cause flooding. 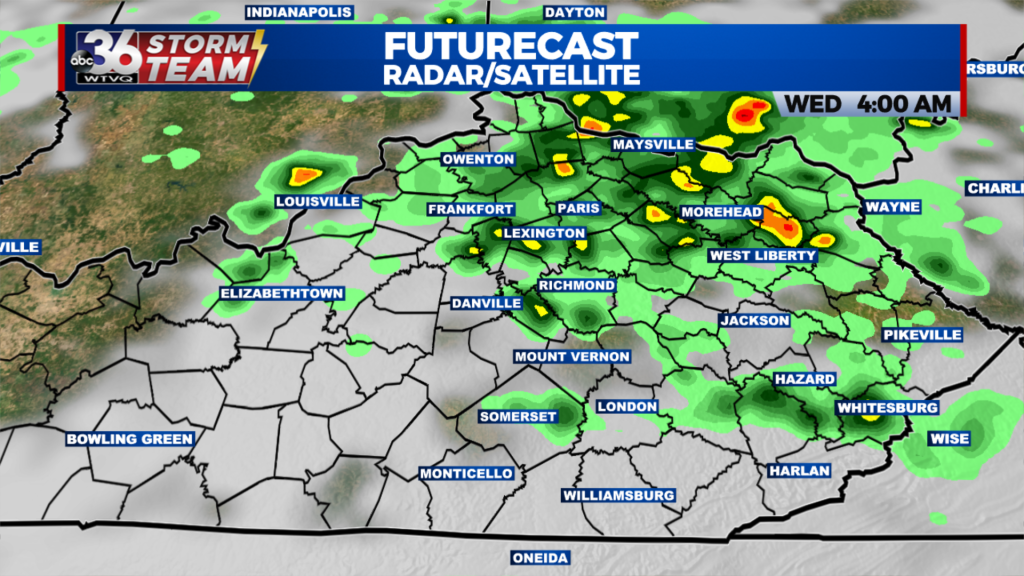 On and off heavy rain and thunderstorms will continue much of Wednesday and into Thursday, with flooding remaining a significant concern. Rain looks to continue for the first half of Friday.

Over the next week, a widespread 2-4″ of rain is likely, with isolated totals of 5″ or more not out of the question. 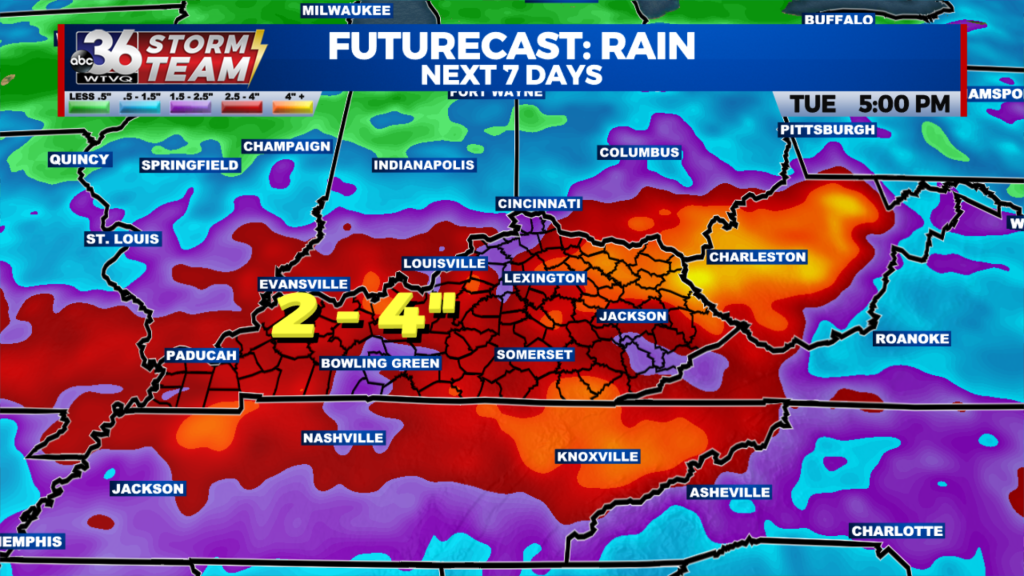