We saw wind gusts over 50 miles per hour at times Wednesday across Central Kentucky as a wave of low pressure moved through, and now the focus shifts to some light snow chances

It was definitely one of those “hang on to your days”, especially across Central Kentucky as a strong area of low pressure rolled through the region. After starting out in the upper 30s and low 40s, temperatures surged well into the 50s into the early afternoon as the winds really cranked up out of the southwest. We saw wind gusts over 50 miles per hour up and down the I-75 corridor with Lexington’s Bluegrass Airport recording a 55 mile per hour wind gust around 2pm. Travel was tricky, especially on east/west roadways like I-64 given the strong crosswind blowing. The winds were strong enough to to blow a mobile home over on its side on I-64 West near the split with I-75 in northwestern Fayette County, which caused some major traffic issues Wednesday afternoon. 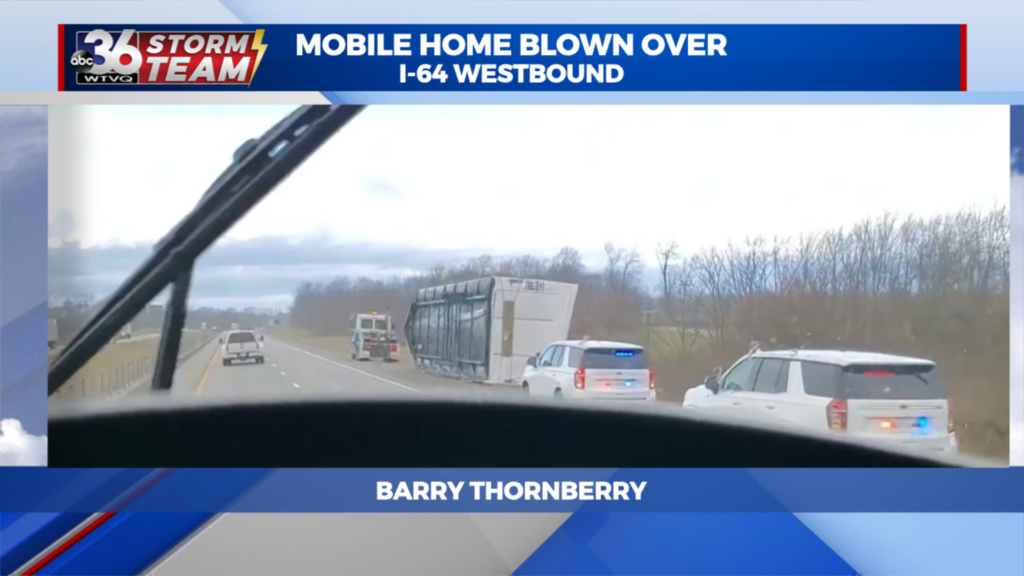 The focus now shifts to colder air and the potential for some heavier bursts of snow showers/squalls heading into the day on Thursday. With some additional energy and moisture lagging behind the departing low, expect occasional snow showers through Thursday to go along with breezy conditions. The snow could fall heavy enough during a brief period of time where we could see some light accumulations and cover the roadways, even though road temperatures should stay at least around freezing with no big cold coming in. Winds out of the west/northwest at 10 to 15 miles per hour will knock “feel-like” temps down into the low 20s much of Thursday. 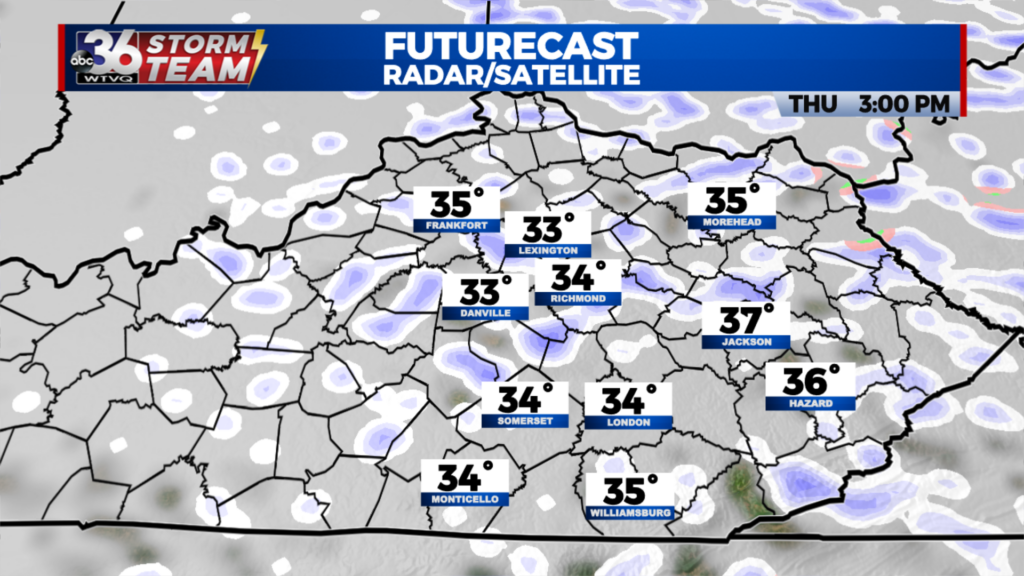 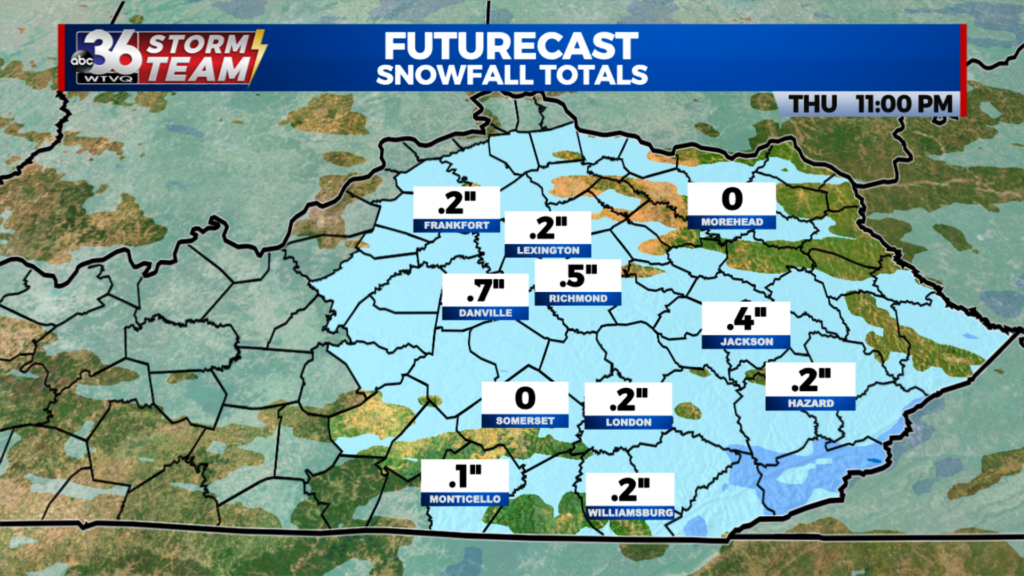 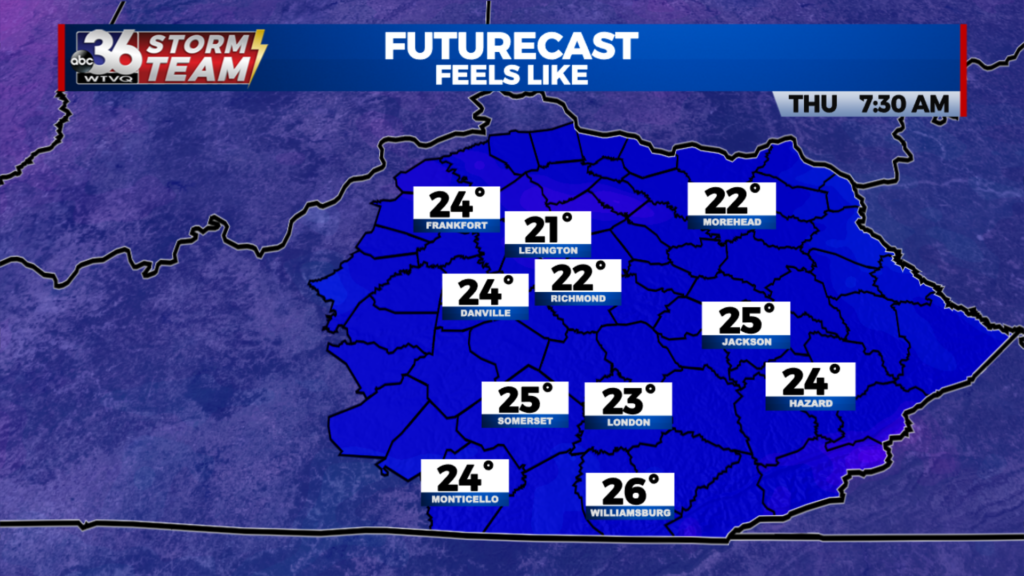 A brief break is on the way Friday and Saturday, although I wouldn’t be surprised to see a passing shower north of Lexington on Friday as a fast moving system slides through the Ohio Valley. Clouds should hold across the north with more sunshine down south as highs recover into the low and mid-40s. Saturday looks pretty good with some sunshine and highs running toward 50 degrees so enjoy that since our active weather pattern sticks around for the final days of January. 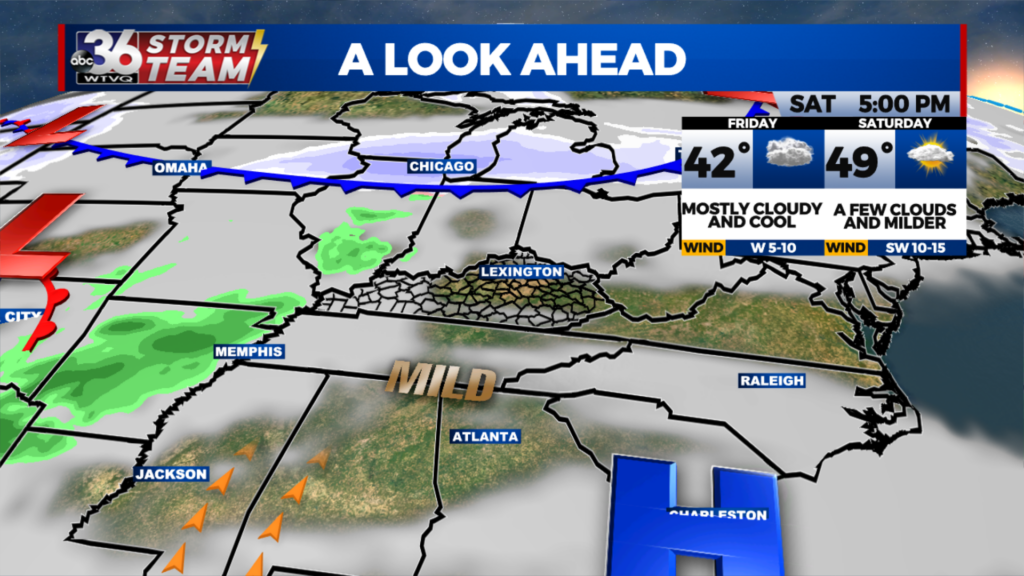 The parade of storm systems coming up from the west/southwest will continue beginning Sunday with a cool rain expected as highs reach the low to mid-40s. Another area of low pressure will head our direction we close out January and kick off February. This far out the model data is jumping back and forth on a possible track, which will be the determining factor in whether we see rain, snow or both into next week. Stay tuned! 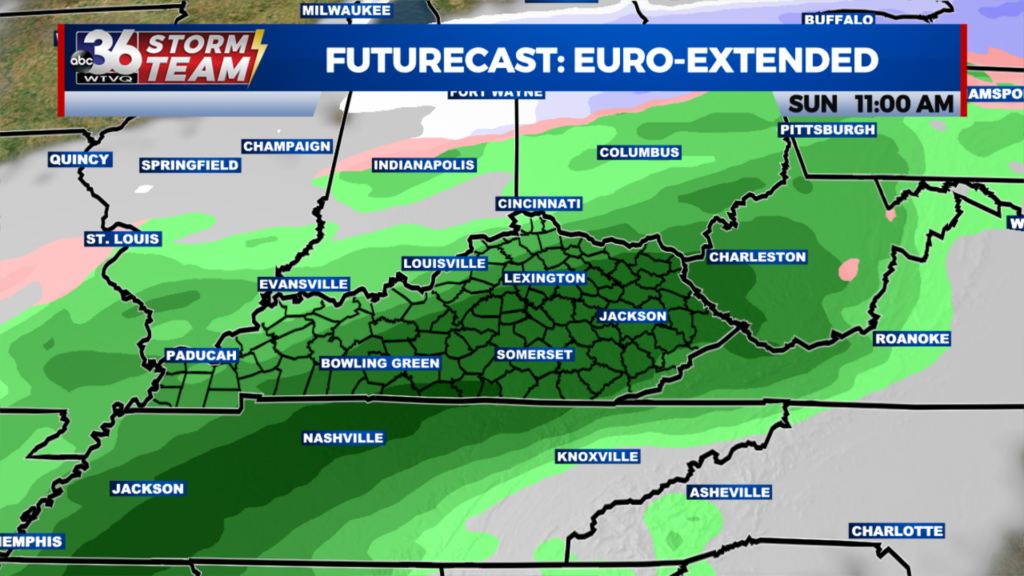