LEXINGTON, Ky. (WTVQ) – Roads across the region remain closed in some areas and rising and receding waters make for hazardous situations.

Maintenance crews place signage, and barricade roads as necessary. Routes are monitored closely. Motorists should never attempt to drive through high water. As of 2:15 p.m., the following roads in Bourbon County are closed:

As of 4 p.m., state road crews reported these closures:

Lexington firefighters have made six water rescues in the 15 hours before 10 a.m. Tuesday, including the one in this video below and are warning residents not to try to cross flooded streets.

“Do not attempt to pass water covered roadways. Lexington firefighters have responded to six water emergencies over the past 15 hours. Thankfully, no one has been seriously injured; however, with more rain forecast, this will continue to be an ongoing threat,” the department said in a Facebook post.

According to FEMA, six inches of water will reach the bottom of most passenger cars, causing loss of control and potential stalling. A foot of water will float many vehicles. Two feet of rushing water will carry away most vehicles, including SUVs and pickups.

Once the vehicle is floating, the floodwater becomes your steering wheel. If that water is moving, your vehicle could be swept away, tipped on its side, or flipped.

Almost every county in the region is reporting flooding of some kind, from localized flooding on streets to creeks and rivers over flowing their banks.

The above video from Lincoln County is from the area of KY Highway 39 and Deep Well Woods Road in the Crab Orchard community in Lincoln County.

In Madison County, the Emergency Management Agency reports Muddy Creek North is impassable and 4 Mile Road and Hunter Lane are closed. Many streets and other areas in Richmond are flooded.

In many communities, continued rain means flood waters are still to come. 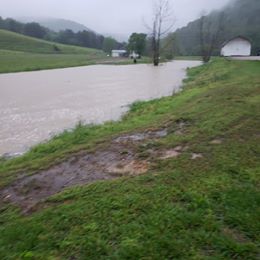 reported at about 11 a.m. Red Lick Creek “is not that high yet but should be coming up shortly. The road at Gravel Lick near the Red Lick side will go under soon. Floyd Branch is now covered.”

In Bath County, the Owingsville Volunteer Fire Department is reporting roads flooded there. 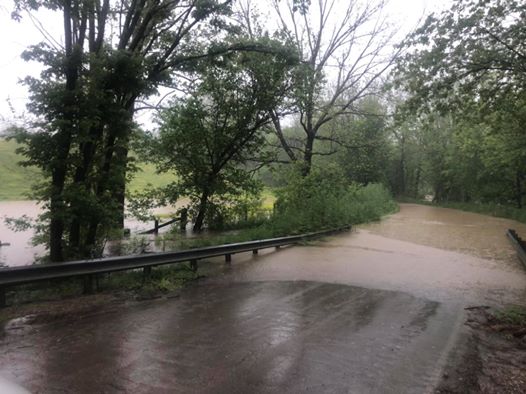 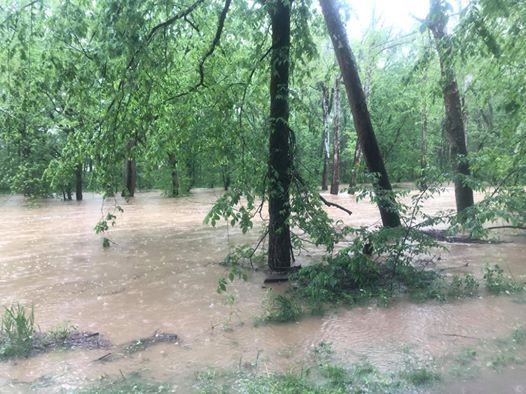 In addition, Kendall Springs had severe flooding by 11:30 a.m. as waters rose around the county.

In Georgetown in Scott County, the Amen House is forced to reschedule its food distribution to senior citizens Tuesday because flooding is making the bridge at Grace Christian too dangerous to cross. 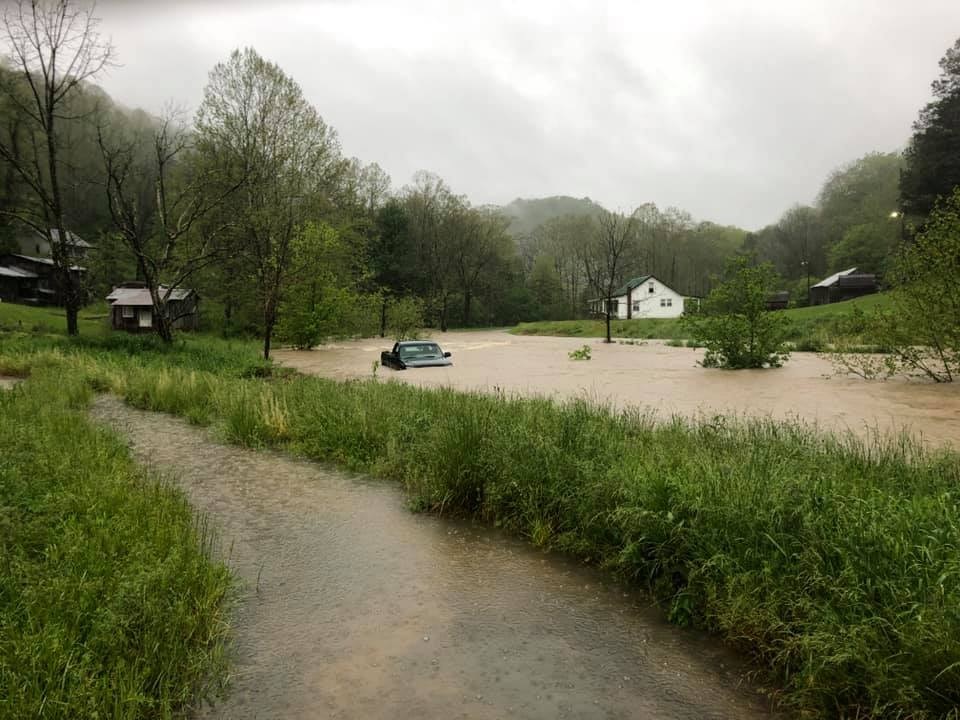 were busy with stranded vehicles, including this one on Hooten Road.

Likewise in Berea, at least one vehicle got trapped trying to make it across water where the driver didn’t realize how deep it was. 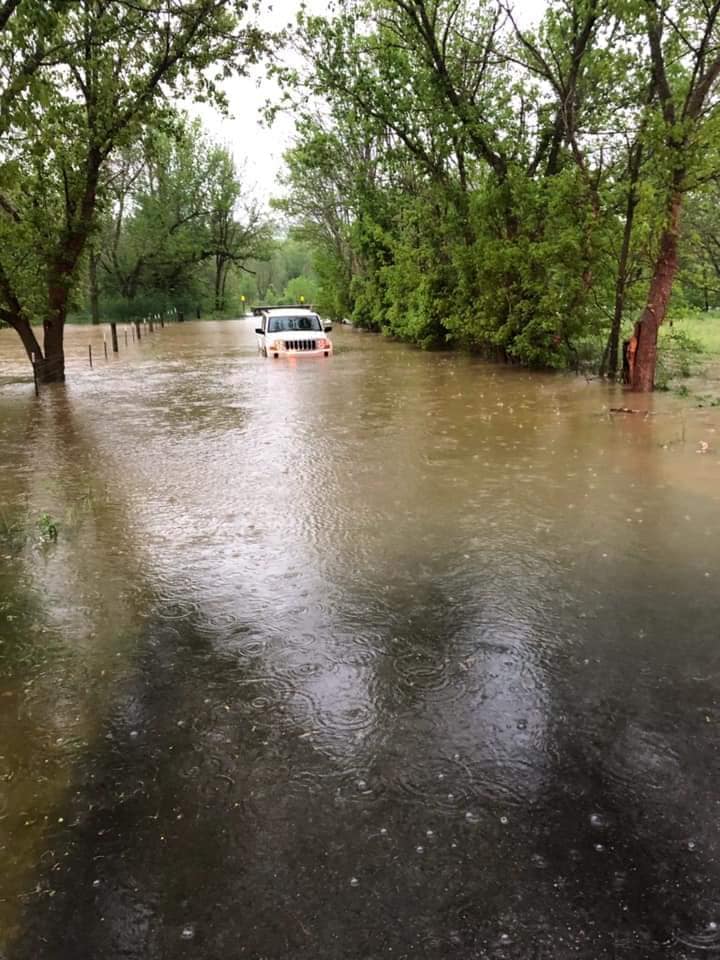 Several other areas of the community also were flooded.

In Laurel County, Sheriff John Root is reporting many flooded roads as well as mud slides and downed trees and power lines that are making 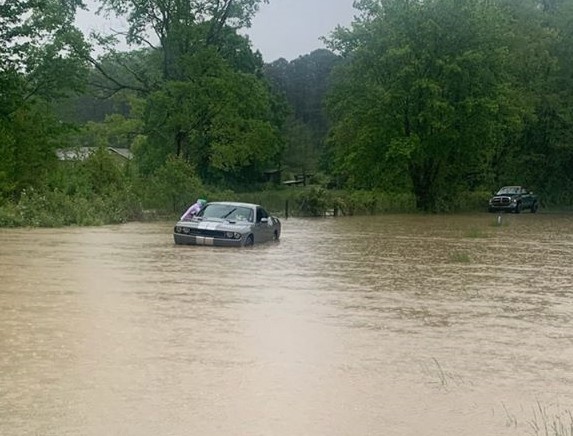 As one example, Laurel River Road about five miles southeast of London is flooded and a deputy had to help rescue a driver who tried to cross a flooded stretch.