Here is the letter to parents below:

It is with a heavy heart that I write this evening to let you know that one of our fifth grade students, Landon Hayes, died today. With a beautiful smile and contagious laugh, Landon has been a member of the Ashland family since he started kindergarten. Landon loved playing football, his family and being around his peers and teachers. He will be deeply missed by his teachers and classmates.

This afternoon, we called all of the families in Landon’s class to make them aware, but we wanted to follow up with a letter to the entire school so that you would have the opportunity to share this news with your children. We will have a team of grief counselors on campus tomorrow to work with students who need support as they process this sudden loss. Additional counselors from the district will continue to be available for as long as our students need the extra support.

When you talk with your children at home about this, please ask them about their feelings and do not be afraid to share your feelings, too. Some children may be especially upset and have lots to talk about; the best thing to do is listen, reassure your child, and comfort them. These reactions are normal and usually will not last long.

It is important to look for changes in behavior that may signal that your child needs additional support.  Grief experts recommend watching your child for the following warning signs: excessive fear of darkness, separation, or being alone; clinging to parents; fear of strangers; worry; increase in immature behaviors; not wanting to go to school; changes in eating or sleeping patterns; increase in either aggressive behavior or shyness; bedwetting or thumb sucking; persistent nightmares; headaches or other physical complaints.  If you feel your child is having any of these or other problems, please talk with their teacher, counselor or pediatrician so we can work together to help our children.

Please reach out to me personally if there are additional questions or concerns. Thank you for the privilege of working with your children and for your support and encouragement during this difficult time.

LEXINGTON, Ky. (WTVQ) – The 10-year-old killed Sunday morning in a murder-suicide at a home at 572 North Upper St. in Lexington was Landon Hayes, according to Fayette County Coroner Gary Ginn. 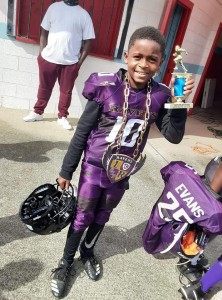 The 22-year-old man suspected of shooting the child and then turning the gun on himself was 22-year-old Tyrus Lathem, Ginn said.

The relation between the two or the motive for the shooting has not been released.

LEXINGTON, Ky. (WTVQ) – Police say, around 11:53 a.m. Sunday, February 6, the Lexington Police Department responded to shots fired in the 500-block of North Upper Street in what the police department is calling a murder-suicide.

We have reached out to the Fayette County Coroner to confirm that age, they say more information will be released later today, Sunday.

The victims’ names will be released by the Fayette County Coroner’s Office. Police continue to investigate this case.

LEXINGTON, Ky. (WTVQ) – Lexington Police are working a shooting in the 500 block of North Upper Street.

However, the coroner was called to the scene and arrived at about 12:30 p.m., according to a WTVQ ABC 36 News reporter on the scene.