LEXINGTON, Ky. (WTVQ) – A partnership between  God’s Pantry Food Bank, the University of Kentucky Cooperative Extension Service and UK Robinson Center for Appalachian Resource Sustainability brought some relief to Breathitt County as it has gone through the pandemic and flooding issues.

After losing some of their fellow food distribution agencies in August 2020, God’s Pantry Food Bank was looking for other options. This led Danielle Bozarth, Programs and Partner Sevices director, to reach out to Kayla Watts, family and consumer sciences extension agent in the Breathitt County Extension Office.

“Extension’s my go-to agency. When something happens in a county, that’s the first person I call,” Bozarth said. “We needed to figure out how to get more food to those who need it in Breathitt County. I told Kayla that we wanted to send a mobile truck with enough food for 144 households monthly.”

Organizers needed a site that could handle the operation, with size being an important factor for drive-thru food distribution. Watts approached Daniel Wilson, director of the Robinson Center, which is part of the UK College of Agriculture, Food and Environment. Wilson agreed to use the Wood Utilization Center as the food distribution site.

“We’re one of the partners in the community. We’re here to help,” Wilson stated. “We have the location and the staff who could do it. We decided to help out the community and get the food boxes out.” 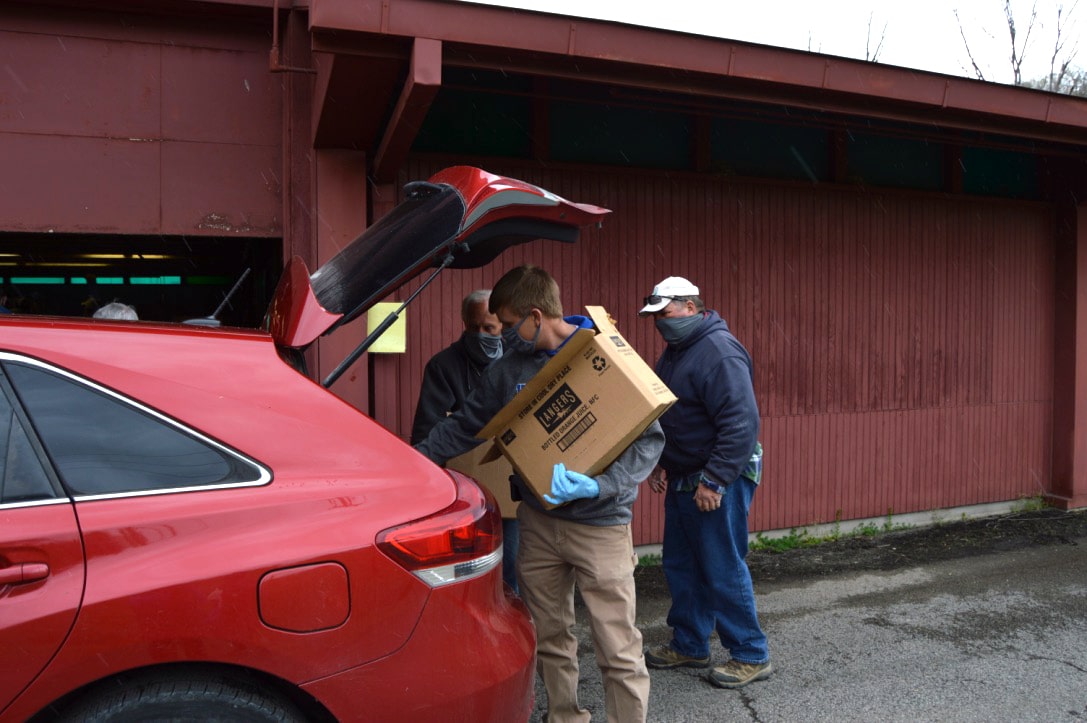 The staff at UK’s RCARS loads food boxes into the back of a county resident’s car. Photo by Kayla Watts

Since November, the food bank truck has been rolling into the Quicksand site once a month. Since the first pickup day seven months ago, the team has distributed 67,000 pounds of food. Wilson’s staff boxes the food and loads people’s cars as they drive through the center’s parking lot.

“We don’t let them get out of their cars, because of COVID protocols. We just load the boxes in the trunk, and the people keep on moving. It really works well,” Wilson shared.

Watts handles the scheduling and promotion. She also includes recipe cards and nutrition information in each of the boxes.

Everything ran smoothly, and then the spring rains came and submerged much of the county including the Robinson Center. Despite having to clean up flood damage at the center, Wilson’s team was able to keep the distribution site open in April. Watts helped organize additional relief.

“Because we already had this established relationship, I was able to work with God’s Pantry (on disaster relief),” Watts said. “They brought several pallets of bottled water into the community, and then they also did a food drop at a local church that was serving as a distribution site for flood victims.”

For those who the high water had displaced, the food bank provided snacks and produce that could be eaten raw, without a need for a kitchen to cook things. 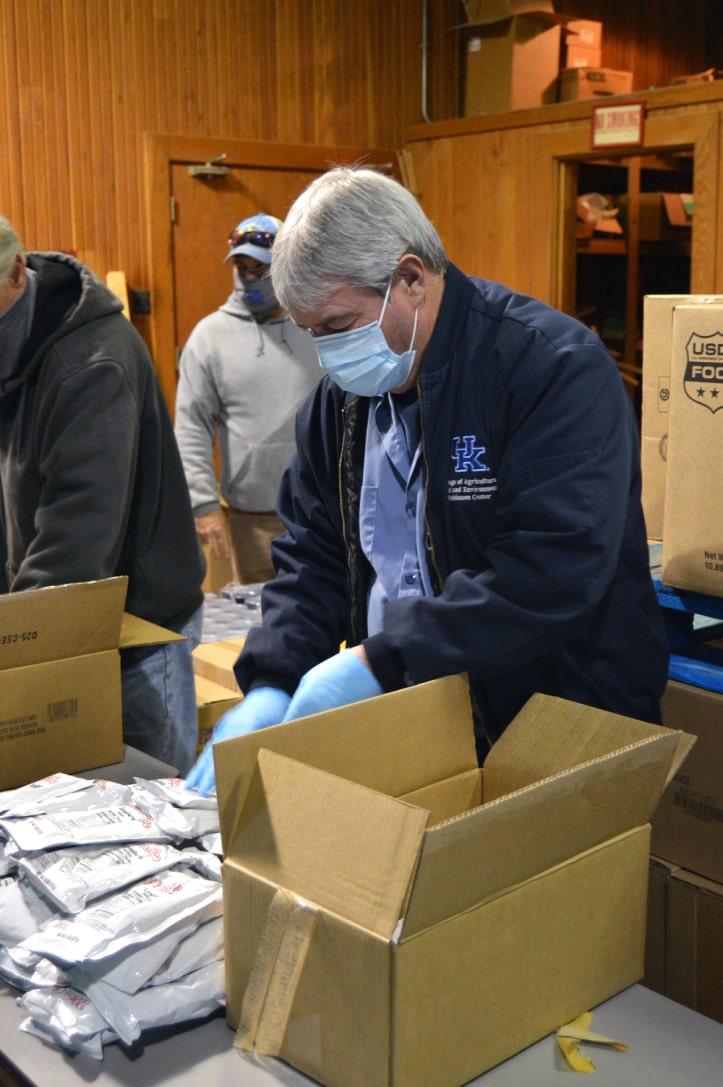 According to Bozarth, the partnership with UK’s College of Agriculture, Food and Environment has been a boon that’s benefited county residents during a particularly tough year.

“I’m glad that we’re there to fulfill (that need) in partnership with Kayla and extension and the Robinson Center. Until they say not to come back, it’s going to go on for a while,” said Bozarth, herself an alumna of the college. “We even received funding from Feeding America, who is our national affiliate. I’m so pleased and so happy, and I hope the families are happy.”

Watts and Wilson see this partnership continuing as long as the need continues. Watts is bringing in other community partners to help.

“I’m hopeful that it continues. It’s definitely a need in our county,” she said.

Boxes are distributed on the third Wednesday of the month at the Robinson Center, 130 Robinson Road, Jackson, KY 41339. Residents of Breathitt County may contact the extension office at 606-666-1812 or breathittEXT@uky.edu for more information about the pickup.