FRANKFORT, Ky. (AP) – The Latest on a rally by Kentucky teachers at the state Capitol (all times local):

Thousands of teachers have gathered in Frankfort to put the political heat on Kentucky lawmakers.

Teachers and other school employees filled the streets outside the Kentucky Education Association office Monday. They held signs and prepared to raise their voices as lawmakers returned to the Capitol to possibly vote on new two-year state budget.

The school employees plan to march to the Capitol, a couple of blocks away, on a cold, overcast day.

Teachers have rallied several times during this year’s legislative session to protest a pension bill. But Monday’s event is shaping up as their biggest event as lawmakers try to reach agreement on a new budget. 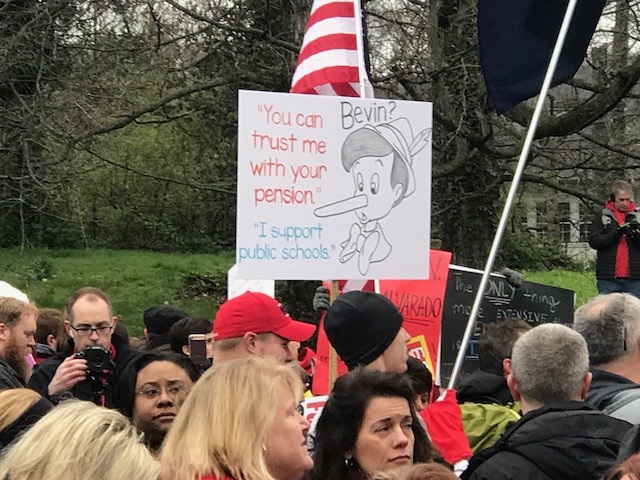 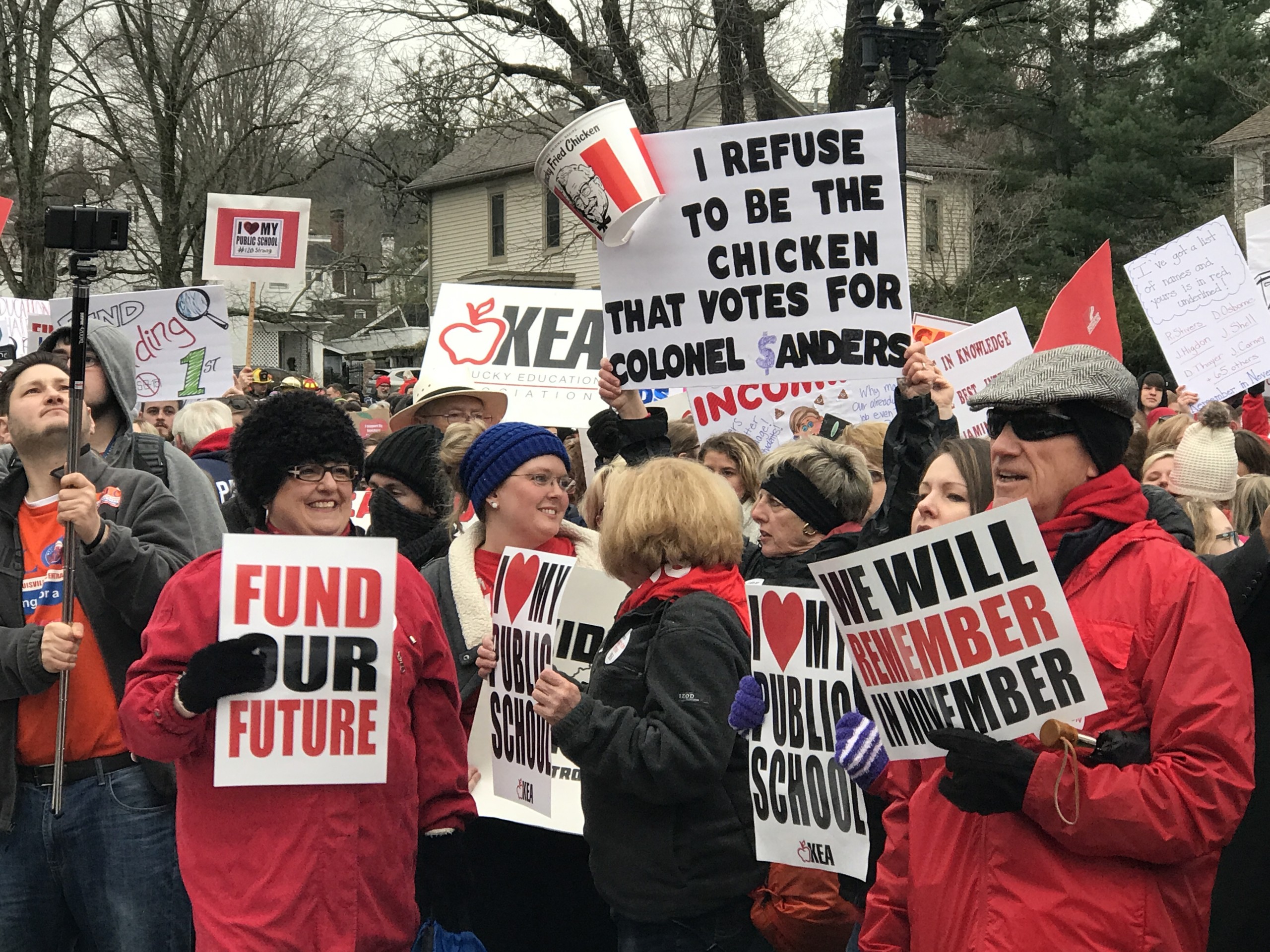 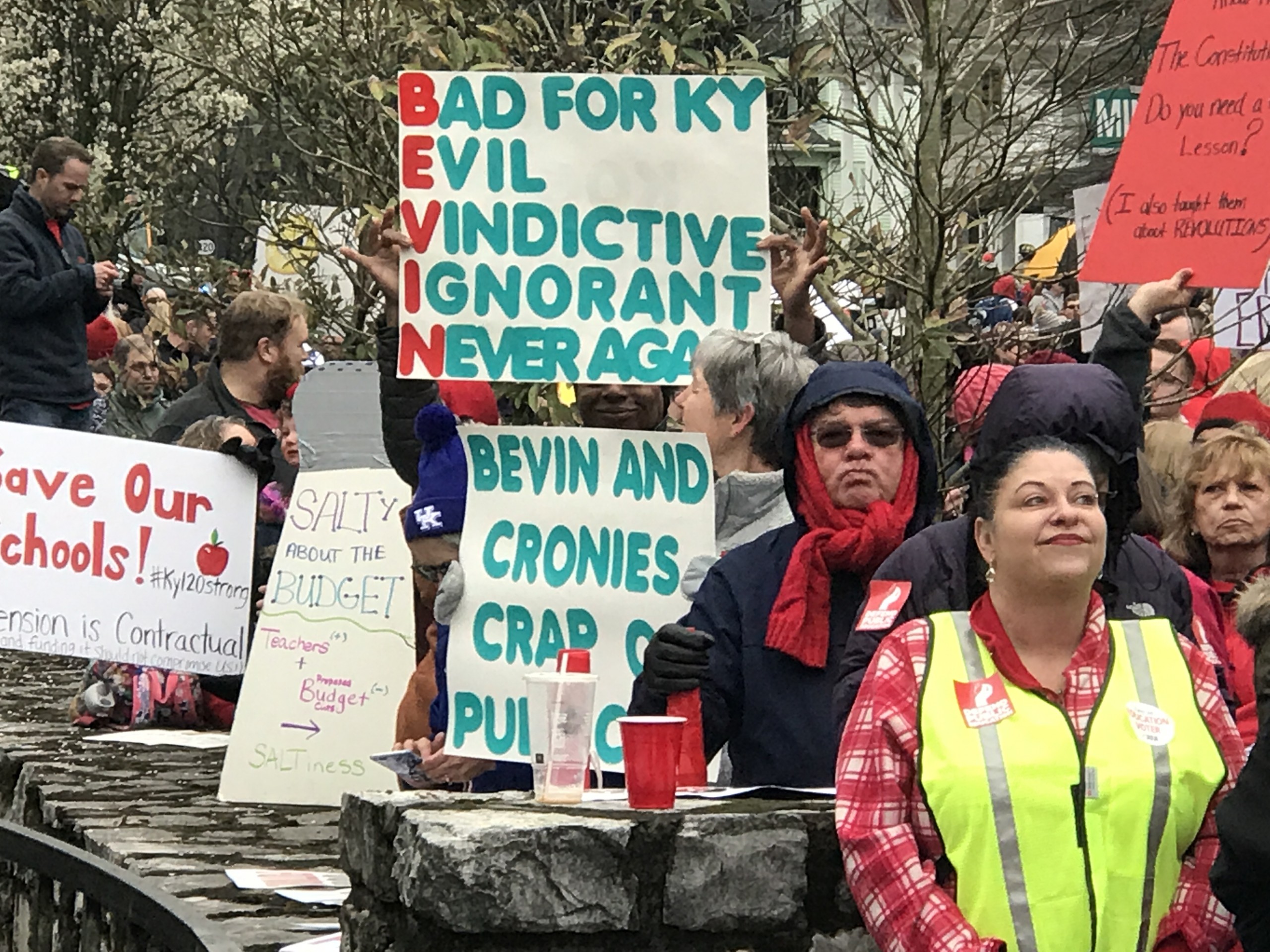 Kentucky teachers are gathering for a massive rally in hopes of putting political heat on state lawmakers who are returning to the Capitol to possibly consider a new two-year operating budget.

The Kentucky Education Association says a rally is set for Monday at union headquarters in Frankfort, followed by a march to the Capitol.

A small group of teachers and school employees gathered early Monday outside the Capitol Annex, where lawmakers have their offices. A large sign displayed outside the Annex said: “We’ve Had Enough.” Outside the Capitol, a sign said: “You Make Us Sick.”

Teachers have rallied several times during this year’s legislative session to protest a pension bill. But Monday’s event is shaping up as their biggest event as lawmakers try to reach agreement on a new budget.

Many Kentucky school districts are on spring break this week. But some districts not on break had canceled classes Monday because of teachers traveling to the Capitol.

Kentucky teachers are heading to the state Capitol to rally for education funding.

The rally Monday is happening after hundreds of teachers called in sick Friday to protest last-minute changes to their pension system.

The protest caused nearly two dozen districts to close. Some school districts have called off classes Monday, but much of the state is on spring break.

Lawmakers are scheduled to reconvene Monday to possibly vote on a two-year operating budget.

Teachers’ union president Stephanie Winkler said last week that if the budget is not in the best interest of public education, students and public service, “then we will react.”

(Copyright 2018 The Associated Press. All rights reserved. This material may not be published, broadcast, rewritten or redistributed.)