NICHOLASVILLE, Ky. (WTVQ)- All lanes are back open on US 27 in Nicholasville.

Officials say they reopened right before 9:45 p.m. Lanes were blocked for around 9 hours to remove the the tanker and clean up the fuel that spilled into the road.

NICHOLASVILLE, Ky. (WTVQ) –  Nicholasville Police are on scene of an overturned tanker.

According to officials it happened on US 27 at North Main Street.

They say gasoline and diesel has spilled out of the tanker onto the road.

According to police all lanes are impacted by the accident and it will take several hours to cleanup.

Police want motorist to use an alternate route. 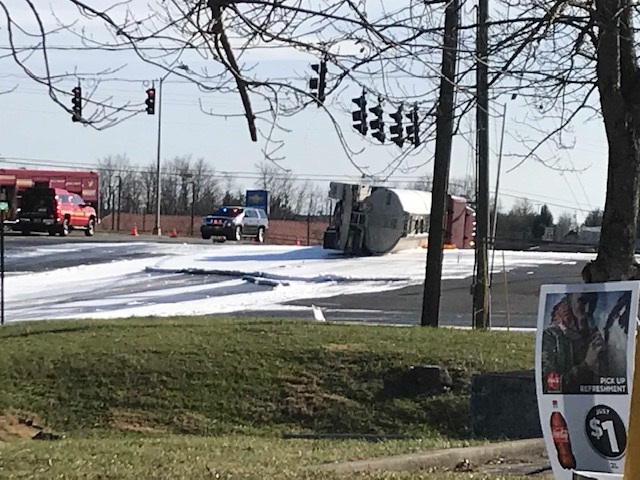