Dense fog was reported all morning long across central and eastern Kentucky to start your Tuesday. After that fog fades, scattered shower and storms will once again develop during the afternoon hours. Locally heavy rainfall will be possible, leading to a few high water concerns. Areas that have seen heavy rain over the last few days have the highest risk of more issues. Showers and storms will gradually dissipate this evening allowing patchy fog to develop once again overnight. 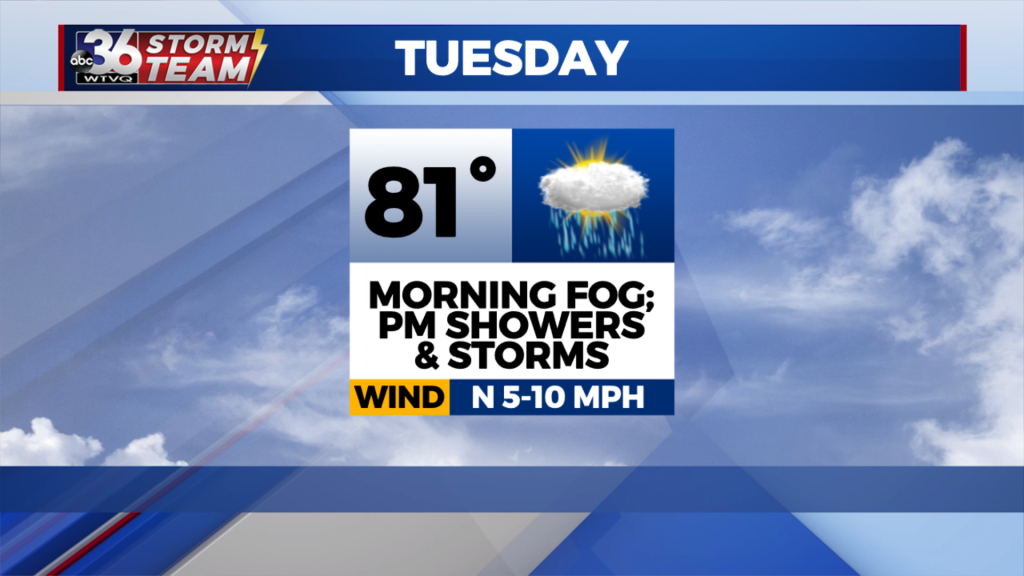 Wednesday will feature a slight chance of a few showers and storms. but most areas will start to dry out. That will be a trend we will see for the rest of the week. We get a bit of a break from the muggy conditions on Thursday which is shaping up to be a fantastic day. Temperatures will struggle to reach the low-80s and humidity will stay low. Friday will likely stay dry as well before we return to an active pattern for the weekend. 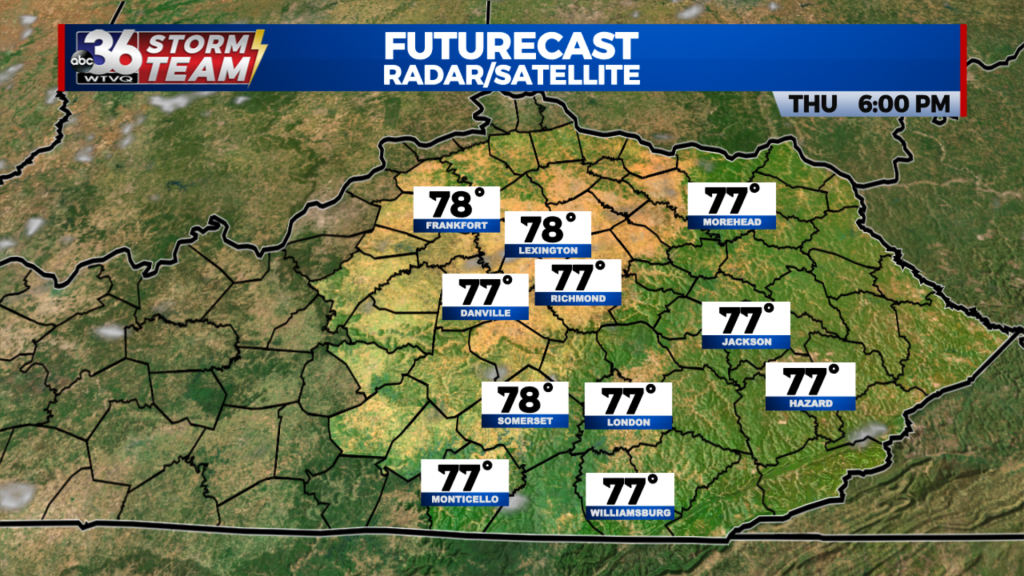 Scattered showers and storms are in the forecast for both Saturday and Sunday. Another shot of Gulf of Mexico moisture will move into the Ohio Valley, increasing shower and storm chances. It’s still too early to know the exact impacts we could see, but heavy rain and strong storms are possible. Stay with the ABC 36 Storm Team for more details. 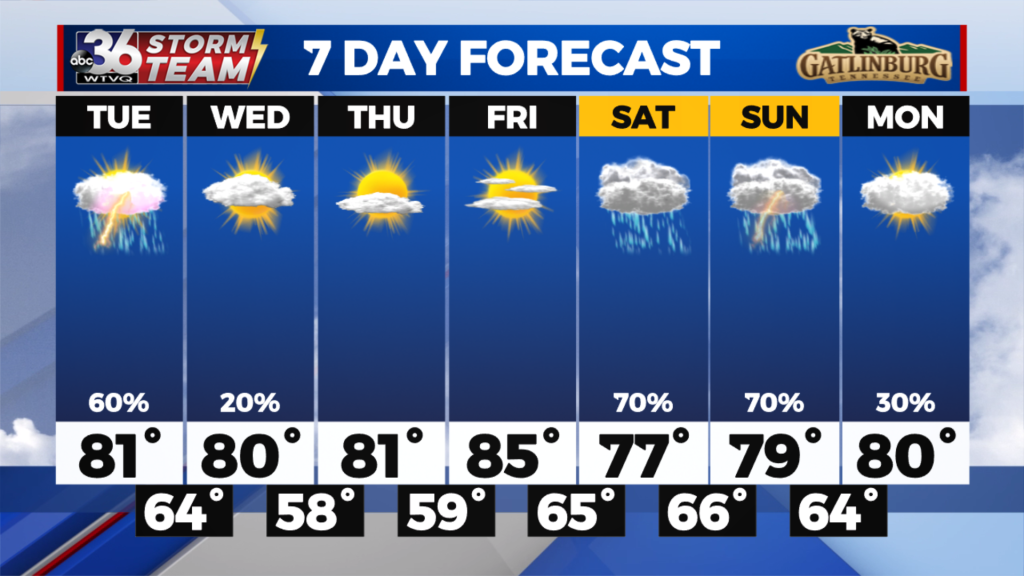 Refreshing air and sunshine expected for the week ahead