Winter to make a return to start the weekend.

Rain/Mix Wednesday Morning
A cold rain and even a wintry mix for some early this Wednesday morning. Rain moves east by the midday giving way to mostly cloudy skies and cool temperatures. Afternoon highs will struggle to reach the mid-to-upper 40s. 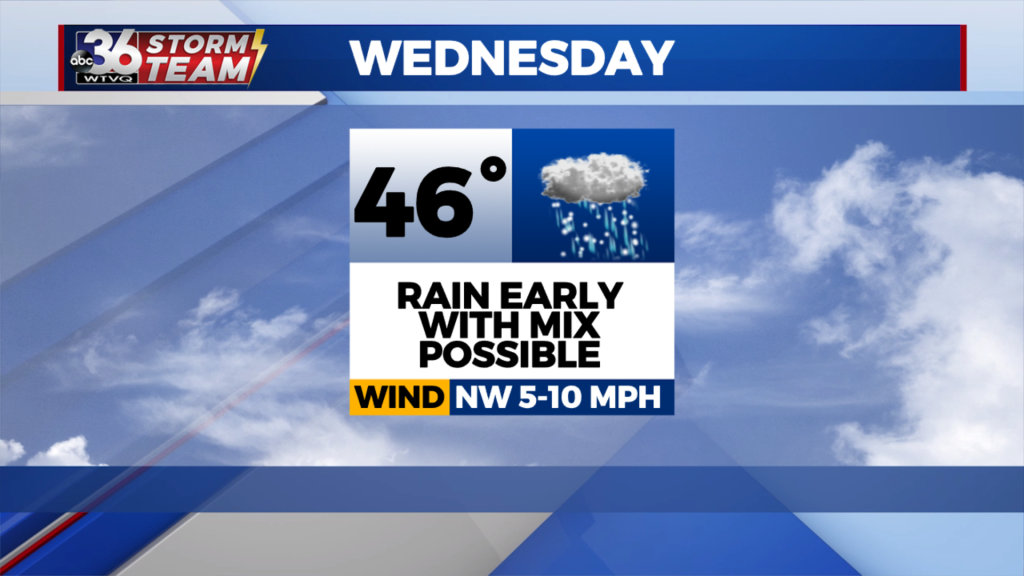 Calm Thursday and early Friday
Near average temperatures return on Thursday. Skies will be partly cloudy with a few more peaks of sunshine than we’ve seen all week. Even warmer temperatures are expected Friday during hte midday out ahead of a strong system moving in Friday night. This “calm before the storm” as a huge drop in temperatures and snow will be moving in late Friday night. 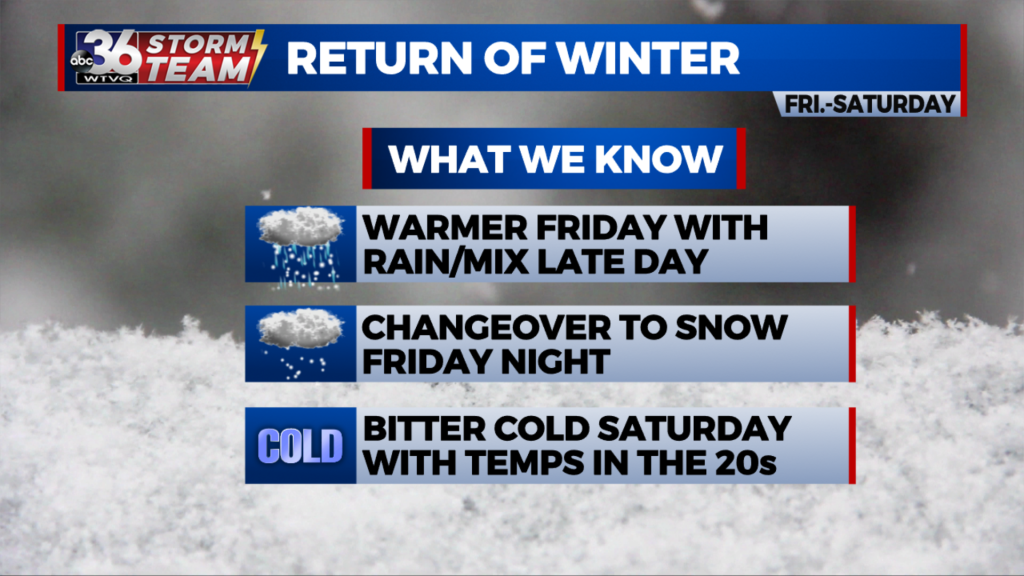 Return of Winter Friday-Saturday
Accumulating snow and bitter cold temperatures now LIKELY Friday night into Saturday morning. A strong system will warm us up into the upper 50s and low 60s Friday afternoon before temps crash during the night. This will turn evening rain showers into snow quickly overnight. Heaviest snow will be falling during the early morning hours on Saturday. Still too early for exact amounts but 4″+ is possible, especially in eastern Kentucky. Temperatures on Saturday will likely stay in the mid 20s, near record “cool” high temperatures. Our coldest high temperature on record in Lexington for March 12th is 28°.