With the exception of a few passing showers or thunderstorms, the work week ahead looks primarily dry and cooler than usual

Scattered showers and thunderstorms were common Sunday afternoon across eastern Kentucky, with an area of low-pressure nearby. For much Sunday night, we will be in the warm sector of this storm system, so isolated to briefly scattered showers remain possible. 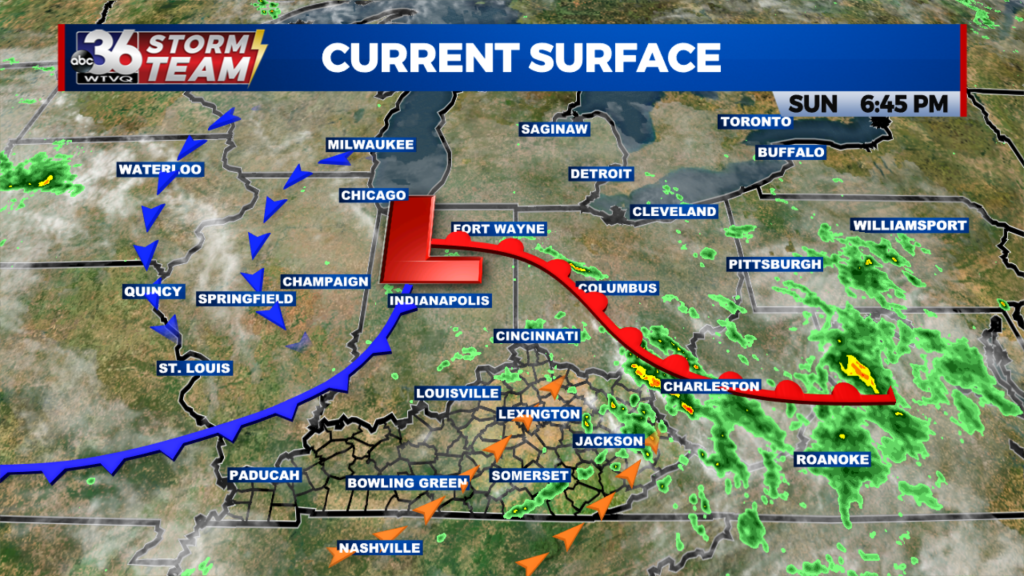 On Monday, the cold front will begin to move east, and once it clears the region, rain chances will end. However, before that happens, expect a mild start to the day with low cloud cover along with a few light showers.

Monday afternoon should be partly cloudy, with temperatures reaching the low 80s. 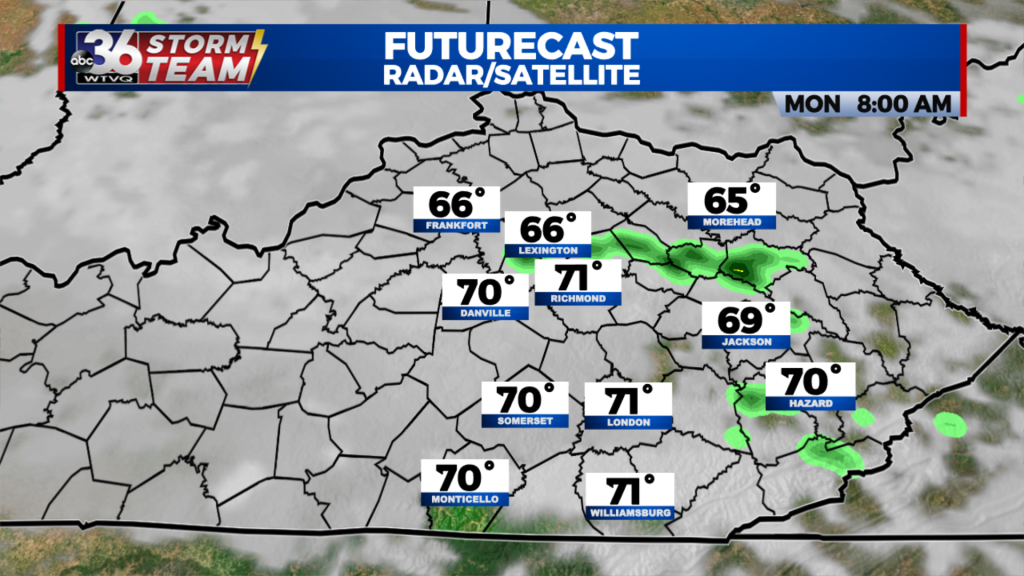 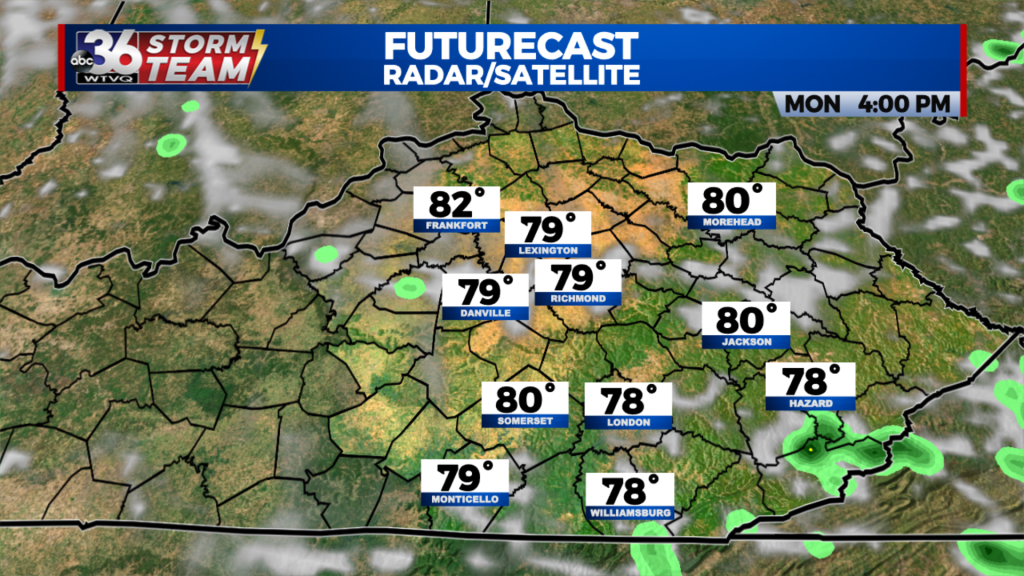 Through the week, we can expect tranquil weather with temperatures in the low to mid-80s. More noticeably, the dew point will remain at a comfortable to slightly humid level keeping the worst of the muggy air out of the Bluegrass state. There will be a few systems to watch, but most look like they will brush our region to the west. If the forecast changes, rain chances may be added on Wednesday and Thursday. 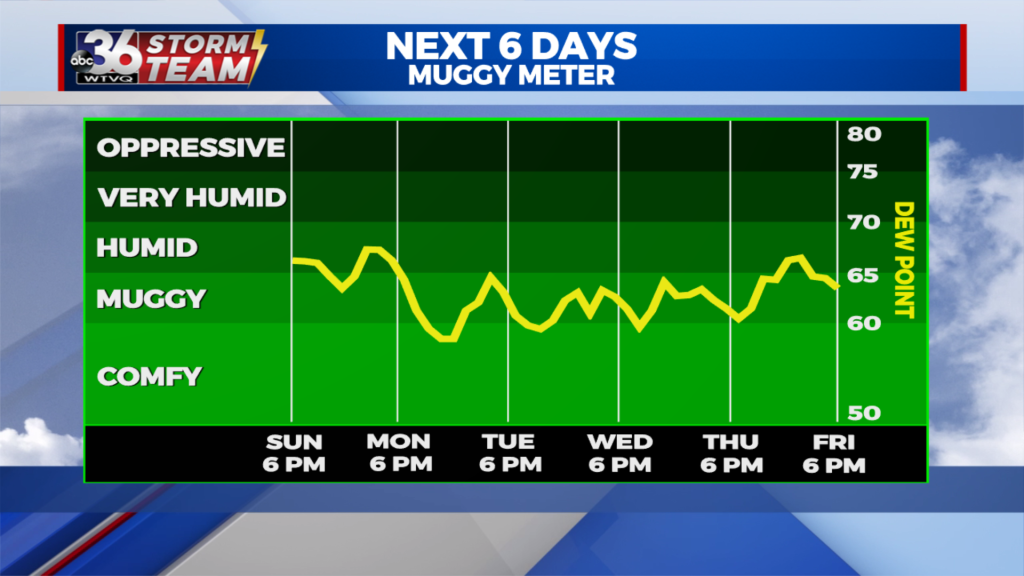 Near the end of the work week, moisture will begin to be drawn in from the Gulf of Mexico, and with a few waves of energy nearby, scattered showers and thunderstorms will return to the forecast. It is too early to depict exactly when and where the highest concentration of this activity will be. 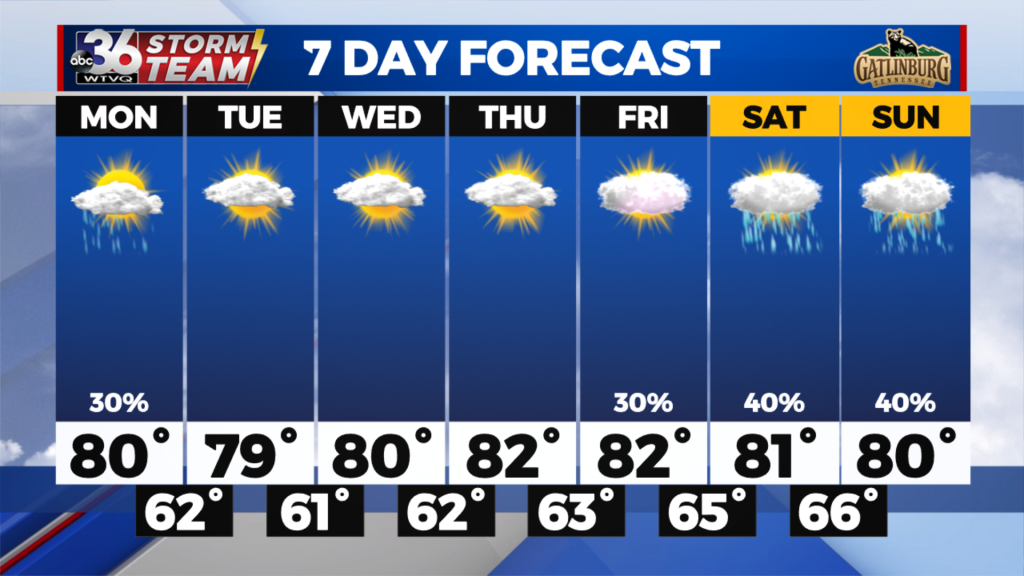