“It is truly an honor and privilege to stand before you as the 19th chief of Lexington Fire Department,” said Wells.

Wells thanked his family for his success with the department, particularly his father. He also thanked outgoing Chief Kristin Chilton for her work during her tenure. But Wells also noted, the day is not all about him.

“This day is about Lexington fire department and the community that we serve. To all of my brother and sister firefighters, past, present and future, your selfless service is what makes this department one of the most premiere organizations anywhere in the country,” said Wells.

Mayor Gorton says the promotion comes during a year which will celebrate the 150th anniversary of the fire department.

“We have one of the best fire departments in the country and I have no doubt Chief Wells will build on those accomplishments,” said Gorton. “It’s no surprise that even though we conducted a national search, we found our fire chief right here.”

Wells father Jim pinned the official badge on his son during the ceremony. 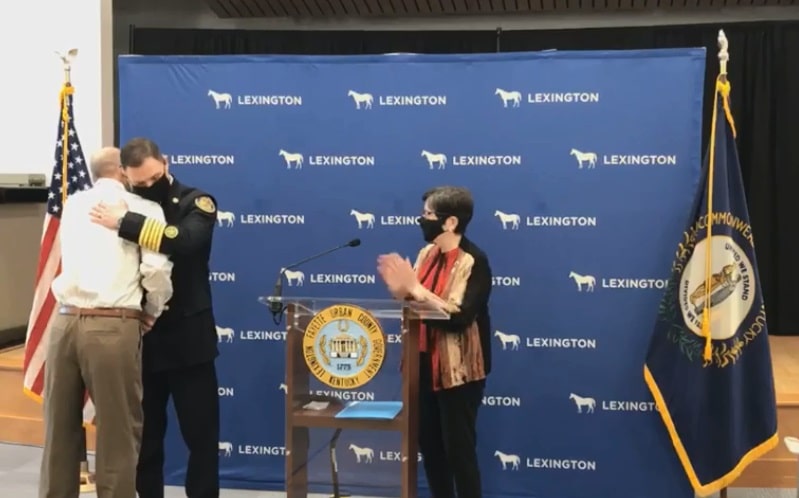 Mayor Gorton announced Wells as the new chief in December, outlining his experience as a 25-year veteran in the fire service. You can read more about Wells background HERE.

Wells takesover as Chief, following the retirement of Kristin Chilton. His position is effective immediately.