LEXINGTON, Ky. (WTVQ) – The arrest of teenagers in connection with the wounding of a Lexington Police officer and an exchange of gunfire with other officers again has put the spotlight on teen violence and issues related to how teens are handled in the justice system.

The Lexington-Fayette County chapter of the NAACP issued a statement late Saturday night suggesting the system’s flaws contributed to the case in question and other spikes in violence. The statement from chapter resident Whit Whitaker is below:

A Statement of Concern, in light of historical and recent events that have taken place within our communities:

There has been a great deal of discussion in the news and social media regarding four youth alleged to be involved in the shooting of a police officer. What is missing from the discussion is the fact that one of the accused youths was transferred to adult court at the age of 14 pursuant to a mandatory transfer law. The results of this mandatory transfer law all too often meant that young people during that time never had the advantage of a corrective program in the juvenile system tailored to their unique needs. Instead, they are thrust into the adult criminal justice arena without any interventions. Just such a circumstance occurred here.

This particular child referenced earlier, just 14 years old, was transferred to adult court, was remanded to supervised detention for a very lengthy period without treatment, and was then sentenced as an adult youthful offender. His supervisors were experienced in the adult arena, but they were not trained to work with or intervene in the lives of young people. Hence, he never had the advantage of any treatment tailored to rehabilitate him. Instead, he was placed in close contact with others who could commit harmful acts against him.

Last year the legislature passed a bill to require more individually tailored decision-making for youth in these circumstances, but that did not occur in this case. If we do not address the impact of brain development and youthful behavior and focus efforts on education and intervention for all youthful defendants, we only push the juvenile more deeply into the criminal justice system, harmfully impacting the juvenile and making our society less safe. The U.S. Supreme Court has recognized this obligation of our justice system to take into account the reality of youthful immaturity in how we sentence and treat young people. We must apply these principles to all young people, regardless of race, gender ethnicity, or
offense.

What we need in this community is a robust, trauma-informed juvenile justice system that intervenes in the lives of these youth to better ensure everyone’s safety, and the development of these youth into connected and thriving members of our community. Such a system must take into consideration those critical years of transition from youth to young adulthood. Kentucky must devote its resources to radically resettling these young people’s lives, focusing on rehabilitation instead of punishment. If we fail to put our criminal justice resources here, our communities are less safe, and we continue to perpetuate a cycle of trauma and disenfranchisement of all our children.

We will be closely monitoring this situation to address any improprieties, illegalities, and civil rights violations and are readily prepared to take future actions to address accountability.
Sincerely,
Whit Whitaker
President, Lexington-Fayette NAACP Chapter 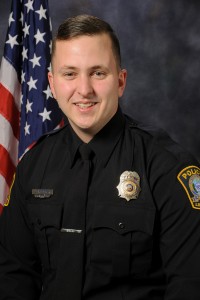 LEXINGTON, Ky. (WTVQ) –  The Kentucky State Police has authorized the Lexington Police Department to release the names and photos of the three officers involved in the officer- 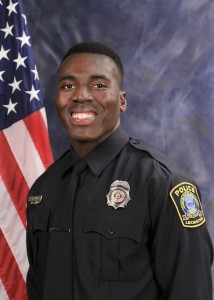 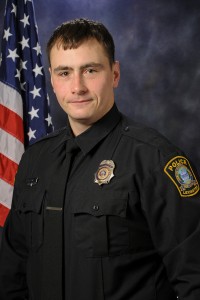 involved shooting that occurred on February 5, 2022, that resulted in an officer being wounded and three juveniles being arrested.

The officers’ names, ranks, and length of service are as follows:

This investigation is still ongoing. Anyone with information about this case is asked to call Lexington Police at (859) 258-3600. Anonymous tips can be submitted to Bluegrass Crime Stoppers by calling (859) 253-2020, online at www.bluegrasscrimestoppers.com, or through the P3 tips app available at www.p3tips.com

LEXINGTON, Ky. (WTVQ) – The Lexington Police Department has charged three juveniles in connection with the officer-involved shooting that took place on February 5, 2022.

Lexington Police is prohibited from identifying the suspects because they are juveniles, but their ages and charges are as follows:

All 3 juveniles are currently detained in a juvenile detention facility.

According to Lexington Police, an officer was involved in an on duty shooting just before 1 Saturday afternoon.

Police say officers saw 4 juveniles believed to be involved in a shooting from an earlier date in the 1000 block of Newton Pike.

Police say another officer shot back at the juveniles, but no one was hit.

The officer that was shot was wearing a bullet proof vest and was taken to the hospital with non life threatening injuries.

Police say the officer had his body camera on…the investigation is being conducted by Kentucky State Police and the Public Integrity Unit.

The officer will be placed on administrative assignment until the investigation is over.