LEXINGTON, Ky. (WTVQ) – According to the Kentucky Transportation Cabinet (KYTC), it was a rough weekend for the roads. Following last week’s ice storm, on Friday KYTC District 7 reported crews were already out repairing potholes.

The wild winter weather Kentucky has seen recently is to blame for an increase in potholes typically seen this time of year, but KYTC says if you see something, say something.

The traveling public can expect to see maintenance work for varied locations in District 7. Motorists should be prepared to slow down and/or stop when encountering a work zone.

According to KYTC, three factors produce potholes; excessive amounts of moisture beneath the pavement, the freezing/thawing cycle and traffic volume. Potholes begin with water seeping into roadway cracks. The small cracks can quickly become potholes.

Freezing and thawing temperatures cause pavement to expand and break apart, according to KYTC. Potholes increase due to extreme cold temperatures and the amount of precipitation.

A cold mix is used to repair potholes during winter months. Once spring arrives, the potholes are repaired with a hot asphalt mix. The hot mix assists with smoothing out rough spots on the asphalt.

The Kentucky Transportation Cabinet is responsible for more than 27,000 miles of state highways, so it relies on drivers to report road hazards through the proper channels so they can be fixed.

According to AAA, potholes can also be costly. AAA reports most pothole-related repairs cost less than $250, but in some cases the bill can exceed $1,000; the average repair cost is $306. Even worse, hitting a pothole – or taking the wrong measures to avoid one – could cause a crash and personal injuries.

Drivers in Kentucky may report potholes for state routes through the following:

Residents can report road hazards, including potholes, under the “Contact Us” menu at the top of the KYTC website found here: http://transportation.ky.gov or via this link: 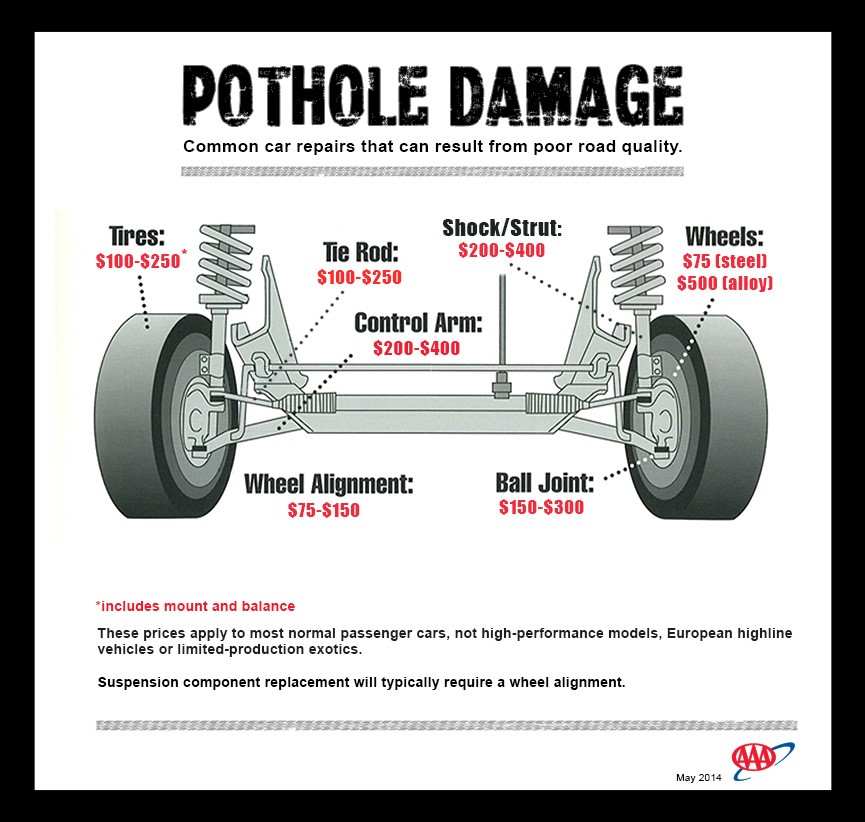