LEXINGTON, Ky. (WTVQ) – The Arkansas truck driver whose rig created a spectacular fire on I-75 Thursday morning admitted drinking beer, taking cannabis candy and not knowing where he was, according to an arrest citation charging him with suspected of driving under the influence.

According to the citation, 36-year-old Brandon Decarlos Cooper, of Emerson, Ark., was driving a 2005 International tractor trailer for M.J. Trucking of Buena Park, Calif., when the incident happened shortly after 7:30 a.m. at the 199 mile marker on I-75 southbound.

When officers arrived, they said Cooper had slurred speech and “a faint odor of alcoholic beverage.” The man was “unable to advise” what state he was in and was “confused on where he was going,” according to the citation.

LEXINGTON, Ky. (WTVQ) – Authorities have provided additional information regarding the truck fire on I-75.

According to the Lexington Police Department, they received the call about a semi-truck being on fire on mile marker 119 around 7:35 a.m.

The load on the trailer contained a poxy resin that is used to seal holes on fiberglass boats. Authorities say the trailer of the truck had a mechanical issue that started the fire, which caused the resin to burn as well.

As reported earlier, the two straight lanes are open on I-75 southbound. PECCO is still working on cleaning up the area. Part of the right lane which leads to the exit ramp onto I-64 West is still blocked.

Police arrested the driver under suspicion of DUI. Police cannot identify the driver, but jail records indicate the driver was Brandon Cooper. The investigation is still ongoing as a blood test is pending. 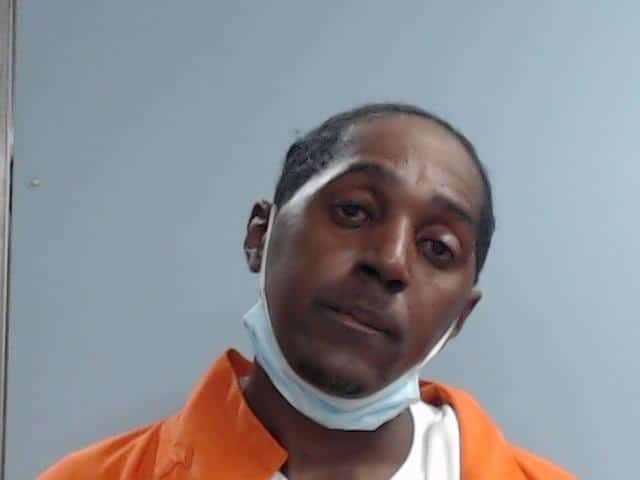 LEXINGTON, Ky. (WTVQ) – One lane of I-75 southbound reopened at about 10 a.m. as clean up continues on a massive truck fire that sent thick smoke billowing skyward during the morning rush hour and created traffic headaches on Newtown Pike and Ironworks Pike as drivers scrambled to find alternative routes.

The Lexington Fire Department said as of 10 a.m. how long clean up by PECCO, an environmental clean-up firm, would take or when all southbound lanes might open.

The fire was reported just after 7:30 a.m. at mile marker 199 on I-75 South. The driver of the semi rig apparently spotted the fire, pulled to the shoulder and was able to disconnect the trailer from the truck, according to the fire department.

By the time firefighters arrived, the trailer was fully involved, creating a spectacular fire for drivers in both directions.

According to the dire department, it took firefighters about 15 minutes to extinguish the blaze, leaving just a soldering shell. No injuries were reported.

The fire department said it was not sure what the trailer was carrying or details on the owners of the trailer or where it was going.

LEXINGTON, Ky. (WTVQ) – Interstate 75 is shutdown in Lexington after a semi truck fire 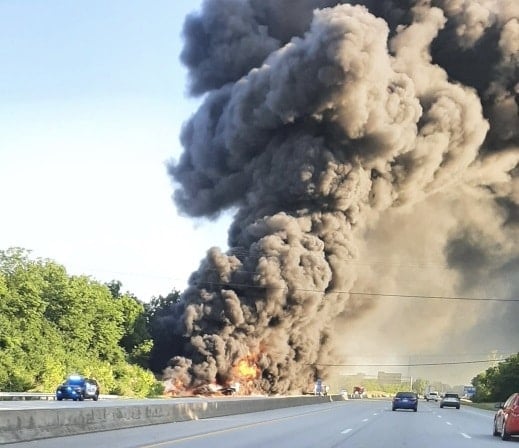 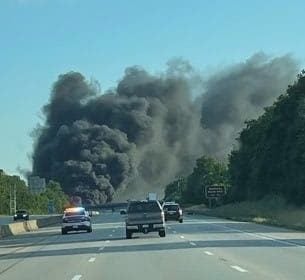 According to Lexwrecks, the closure is at mile marker 119 on the southbound side of I-75.

Drivers tell ABC36 they could see the smoke for miles and actually felt the heat in their vehicles when they drove by.

The Onion and the Supreme Court. Not a parody