CARLISLE, Ky. (WTVQ) – Heavy rain over night in Nicholas County caused severe flash flooding, damaging roads, cars and homes. In Carlisle many homes and businesses are under water and vehicles were swept away.

Several roads have been washed away due to the flooding as well. The Nicholas County Sheriff’s Office is asking people to stay off the roads unless it’s an emergency.

As a result, several businesses are closed Friday in the area for clean-up. According to the Nicholas County YMCA’s Facebook page, it will be closed to assist the community with clean-up.

The state also said several roads are closed by high water or damage.

The damage occurred around two culverts along Brushy Fork at milepoints 5.7 and 5.8  about a half mile east of Scrubgrass Road. Temporary repairs are under way, and state highway crews expect to reopen the road by 4 p.m. Friday.

Once open, motorists should use caution as travel will be on gravel and temporary surface until full repairs can be scheduled. 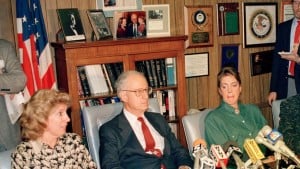