Dangerous heat is expected for several days during the upcoming week, with only isolated chances for showers and thunderstorms.

Sunday was the last cool day we’ll have for a while, as a major change in the weather pattern is right around the corner. However, before that happens, expect another mostly clear night tonight as temperatures fall into the mid-50s, which is below average for mid-June. 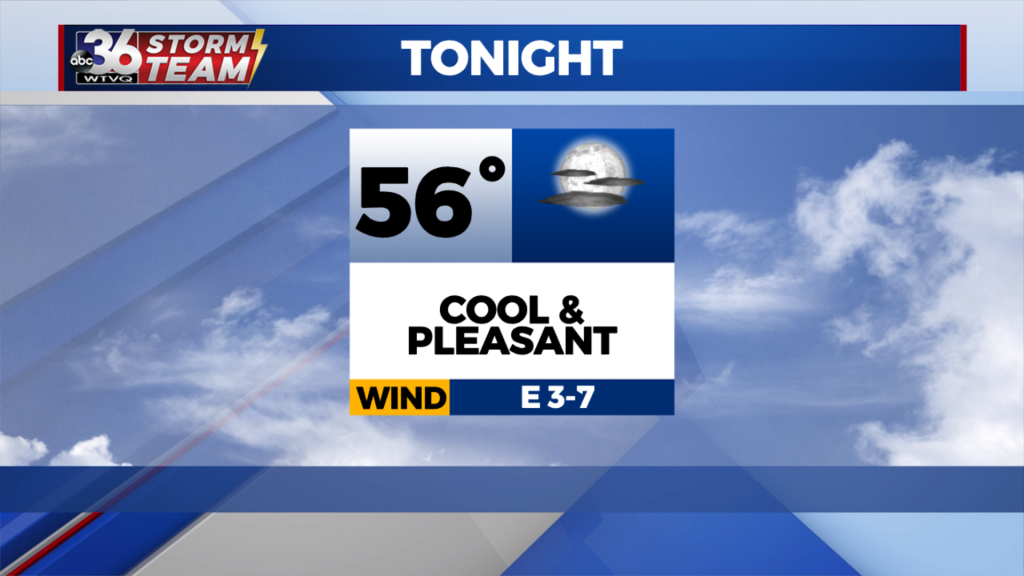 On Monday, the surface area of high pressure that has been providing comfortable weather will slide further east. Further up in our atmosphere, a ridge of high pressure will continue building, stretching across the nation’s mid-section. This will be the culprit for the possibility of our second heat wave in two weeks. 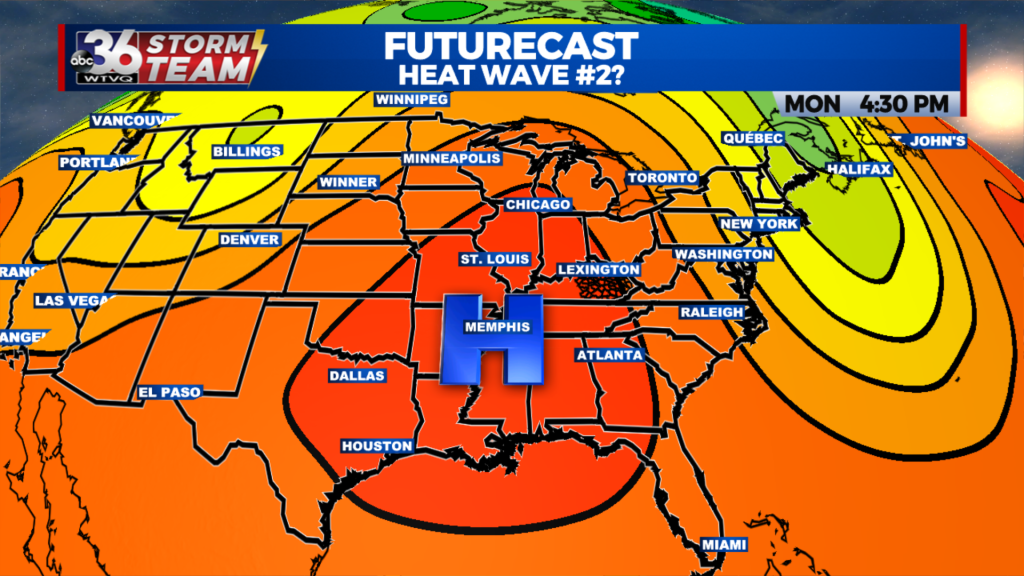 While Wednesday will likely be the hottest, temperatures in the 90s will continue through the weekend. The good news is we won’t be able to tap into as much moisture from the Gulf of Mexico. Because of this, our dew points will be lower, so it won’t feel as humid outside. Beyond this week, the Climate Prediction Center continues to suggest above average temperatures through the end of June. During this time period, be sure to limit your time outside, check on friends and family, and drink plenty of water. 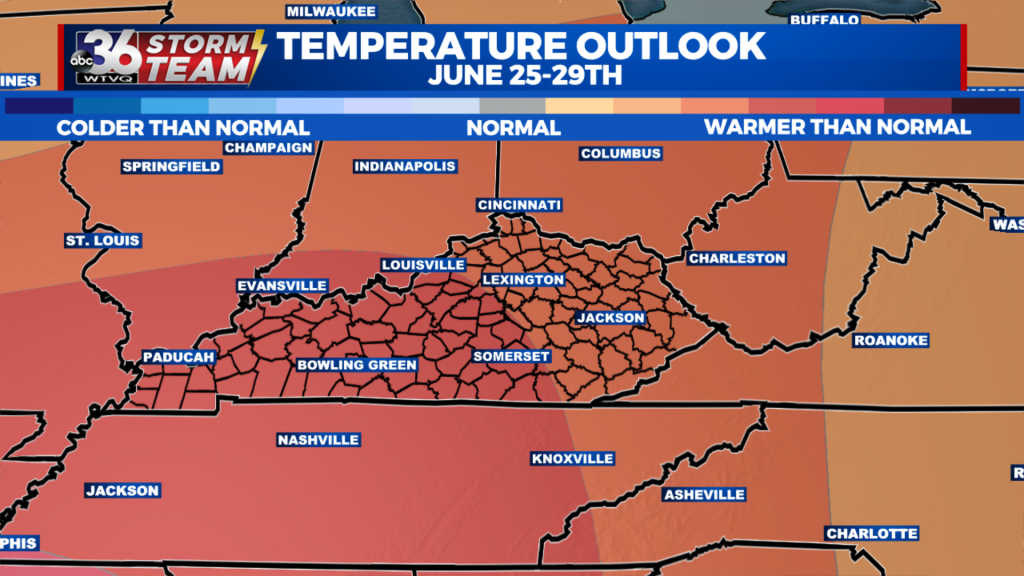 We are only watching two isolated chances of rain. The first is along a cold front Wednesday evening and the second with another possible system over the weekend. Widespread rain is not likely. 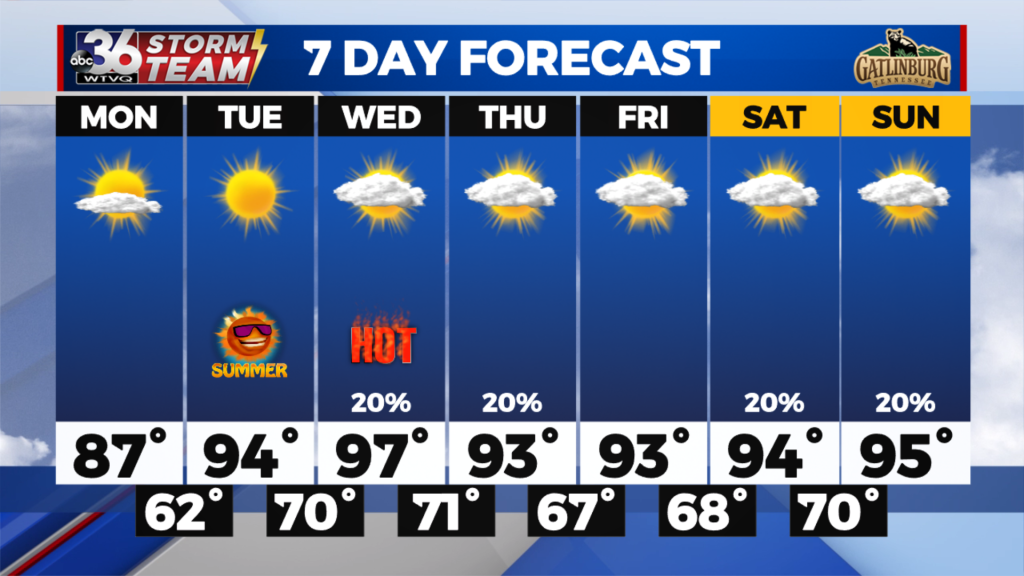