LOUISVILLE, Ky. (WTVQ) – A shipper recently used a common technique in hopes of 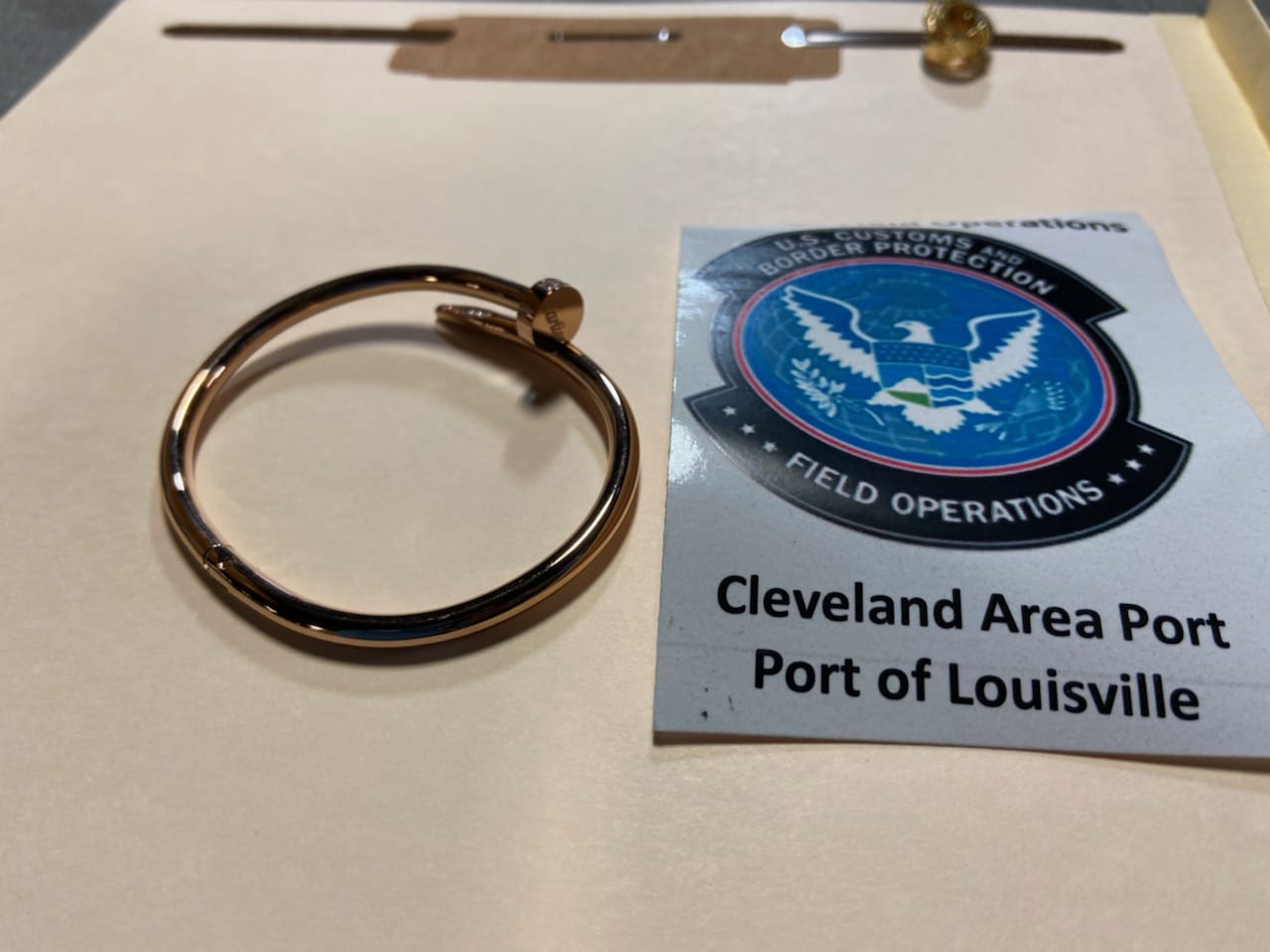 The shipper sent multiple packages of fake jewelry expecting some of the merchandise would make it through.

On February 1, CBP officers in Louisville detained two shipments heading to a fictitious business in the U.S. CBP officers inspected the parcels to determine the admissibility of its contents in accordance with CBP regulations.

Officers uncovered 177 bracelets, 57 rings and 12 necklaces. All of them displayed the protected Cartier trademark. Had the 246 pieces of jewelry been real the cumulative Manufacturer’s Suggested Retail Price (MSRP) would have been $5,206,140.

“The trade of fake goods, and the widespread violation of private intellectual property rights threaten the American economy, as well as our national security,” said Louisville Port Director Thomas Mahn. “We will continue to put substantial efforts and resources into protecting our economy and American consumers, as well as securing our homeland and keeping our families safe.”

Sold in underground outlets and on third party e-commerce websites, counterfeit commodities fund smugglers and members of organized crime. Consumers often believe they are buying a genuine product but soon realize the item is substandard and potentially dangerous.

CBP Trade protects the intellectual property rights of American businesses through an aggressive Intellectual Property Rights enforcement program, safeguarding them from unfair competition and use for malicious intent while upholding American innovation and ingenuity. Suspected violations can be reported to CBP here.

Every year, CBP seizes millions of counterfeit goods from countries around the world as part of its mission to protect U.S. businesses and consumers. These goods include fake versions of popular products, such as smartphones and related accessories, electronics, apparel, shoes, cosmetics, and high-end luxury goods, as well as goods posing significant health and safety concerns, such as counterfeit pharmaceuticals, bicycle and motorcycle helmets, medical devices, supplements and other consumables.

Nationwide in Fiscal Year 2020, CBP seized 26,503 shipments containing goods that violated intellectual property rights. The total estimated value of the seized goods, had they been genuine, was nearly $1.3 billion.