It was quite a dreary Tuesday across Central and Eastern Kentucky with low clouds, steady rain across the south and some patchy drizzle up north. The only saving grace is that temperatures were above average with most locations topping out in the upper 50s and low 60s thanks to a warm front arcing through the region. With all the low level moisture around, we have some fog to deal with during the early morning hours. 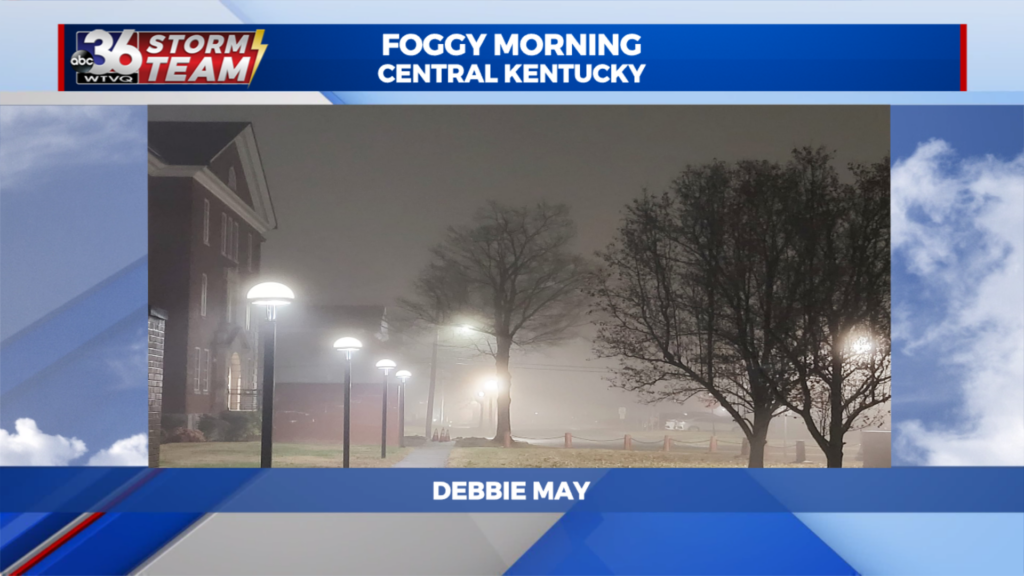 As a wave of low pressure slides through the commonwealth into early Wednesday, our rain chances will ramp up with a few rumbles of thunder possible. Temperatures shouldn’t move very much once again during the overnight hours with temperatures hovering in the upper 50s to around 60 degrees. Rainfall totals through Wednesday should vary depending on where the heaviest showers move through. 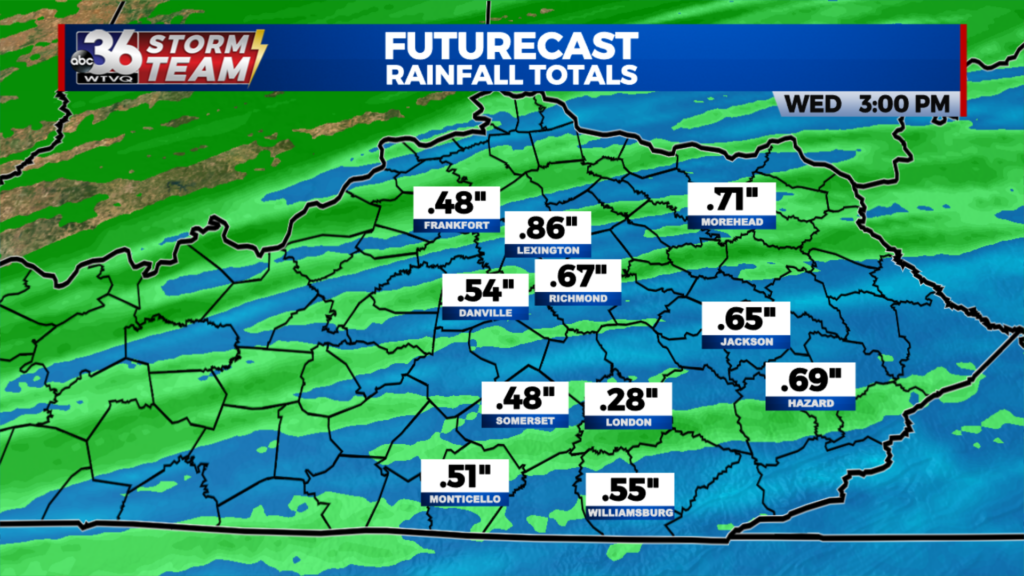 The stalled out frontal boundary will drop to the south of Kentucky late Wednesday, taking much of the moisture with it in the process. As a result, we should squeeze in some dry hours through the afternoon as temperatures drop back a few degrees into the 50s. 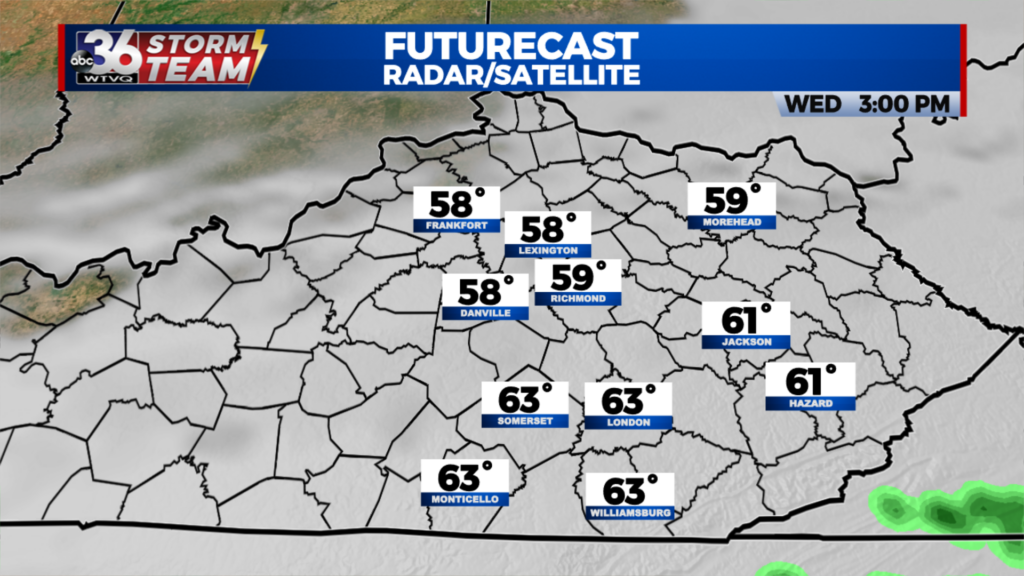 The unsettled weather will continue into the late week as the next wave of low pressure cruises in from the west. This should increase our rain and storm chances both Thursday and Friday as this system spins through the region. Highs should reach the upper 50s Thursday with low 60s on Friday. 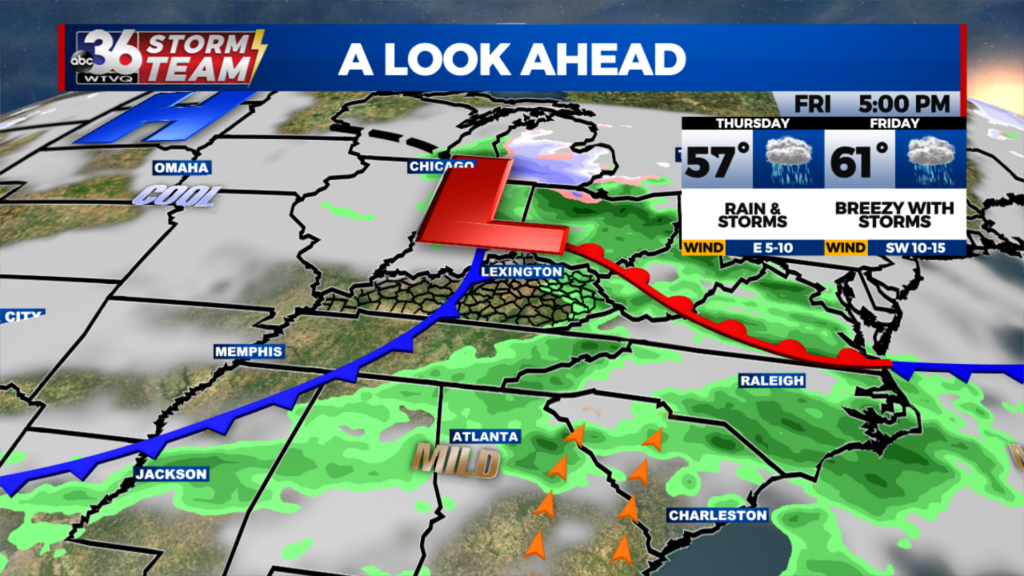 For the entire week, we could see a widespread 1″-3″ rainfall totals with areas down south more in the 2″-4″ range. This will go a long way to alleviate the dry conditions we’ve dealt with the last few months without causing any significant flooding potential. The model data is hanging trouble getting a good handle on things for late weekend and into early next week but we could see a few dry days before another storm system rolls our way. 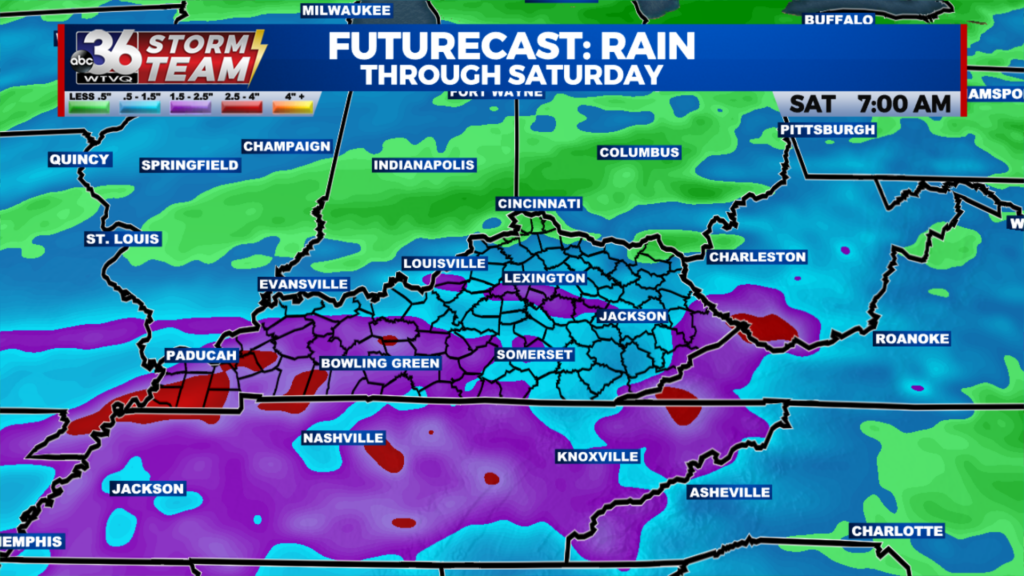 Lexington Police investigate after man shows up to hospital shot