Active weather pattern continues through much of next week

Sunday featured another day of scattered showers and thunderstorms. This was especially true for locations east of I-75 and south of I-64. While widespread flooding has not been an issue, storms have been slowly. Because of the threat of additional slow-moving storms Monday, a Flood Watch is in effect for much of central and eastern Kentucky through tomorrow evening. 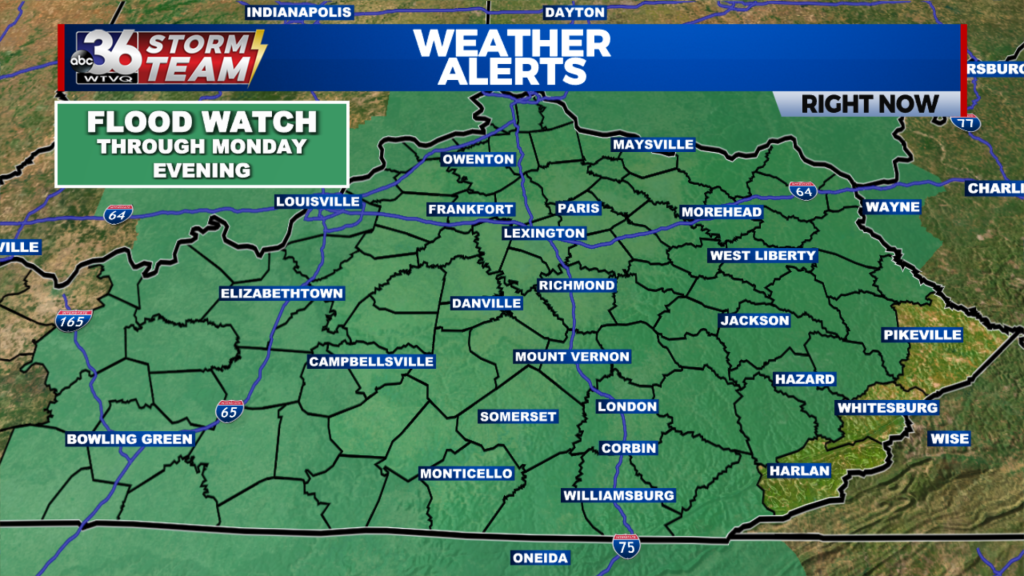 Overnight tonight, expect a gradual decrease in the wet weather with a loss of instability. A few showers and storms will remain possible, however. 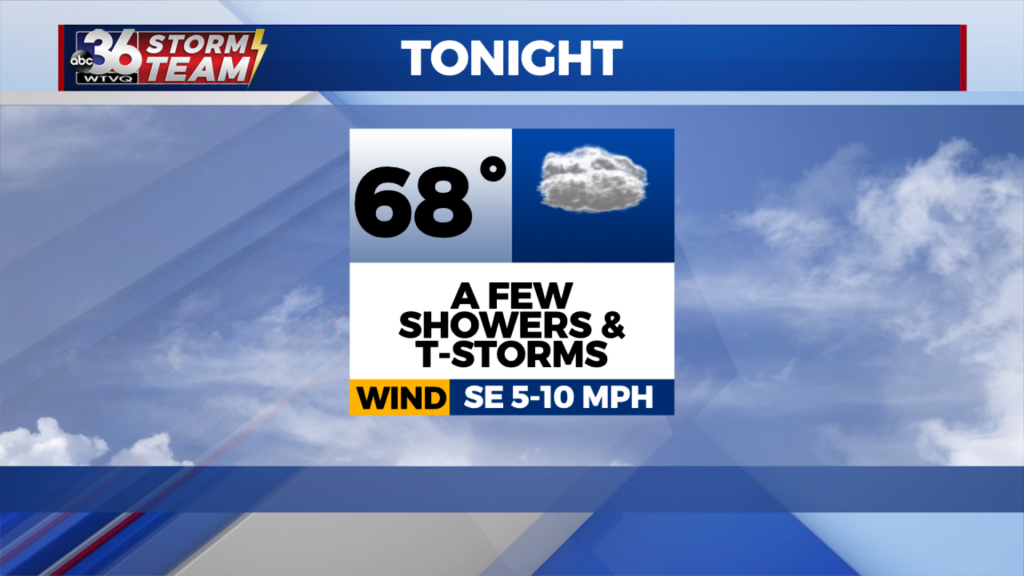 Central and eastern Kentucky sits between two systems, one to our south and another boundary to our north that is expected to stall out and then wash out across the region the next few days. This setup allows ample moisture from the Gulf of Mexico to be pushed northward, helping to create a humid and unstable airmass for thunderstorms to develop and tap into. 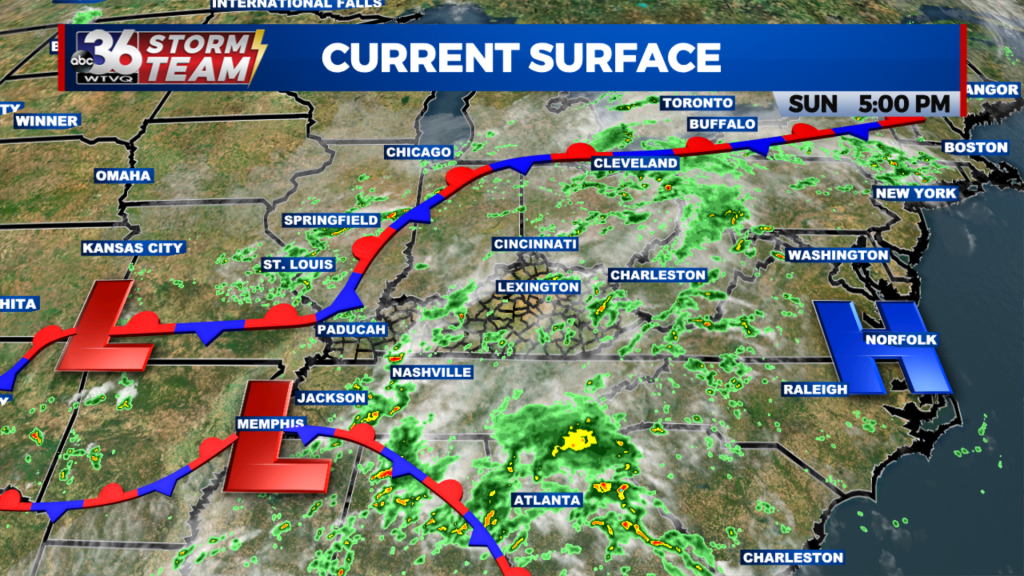 The highest rain coverage on Monday will be across eastern Kentucky, especially during the morning and early afternoon hours. Showers and storms are still expected elsewhere. If you have outdoor Labor Day plans, don’t cancel them, but have a backup plan as well. 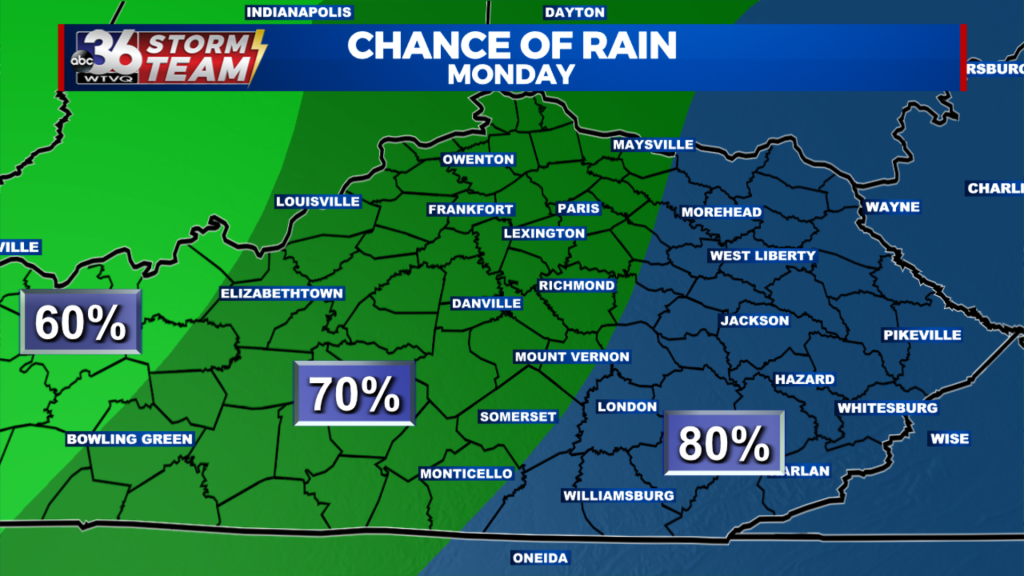 While everyone won’t see rain at once, storms Monday will be capable of training over the same areas for an extended period of time, increasing the threat of isolated flooding. The Weather Prediction Center has once again placed much of central and eastern Kentucky in a risk level 2/4 or “Slight Risk” of excessive rainfall that may lead to flooding. If you live in a flood-prone area, have a plan to move to higher ground quickly. Never attempt to drive through standing water. 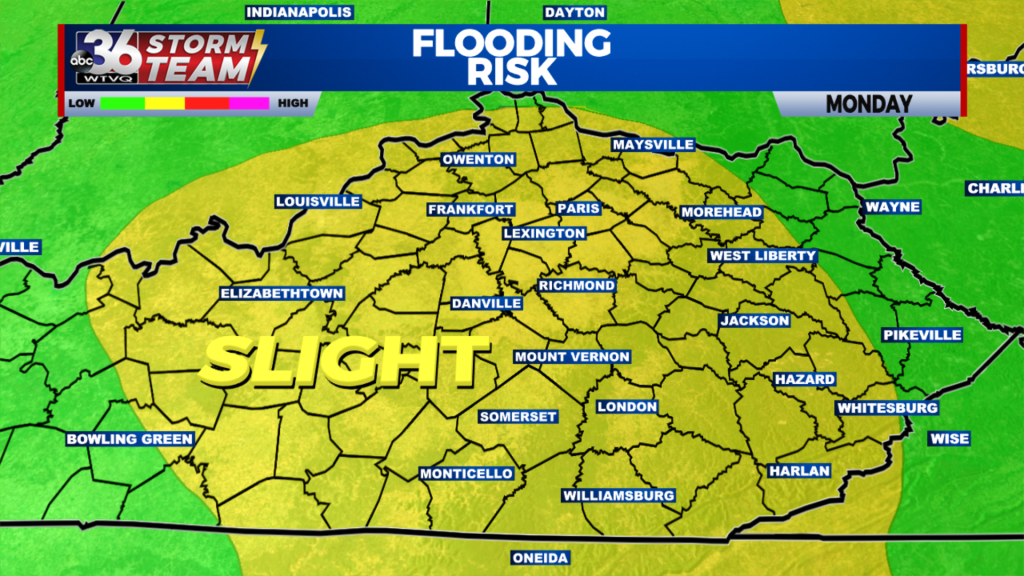 The chance of rain decreases on Tuesday, but scattered afternoon showers or thunderstorms remain in the forecast. 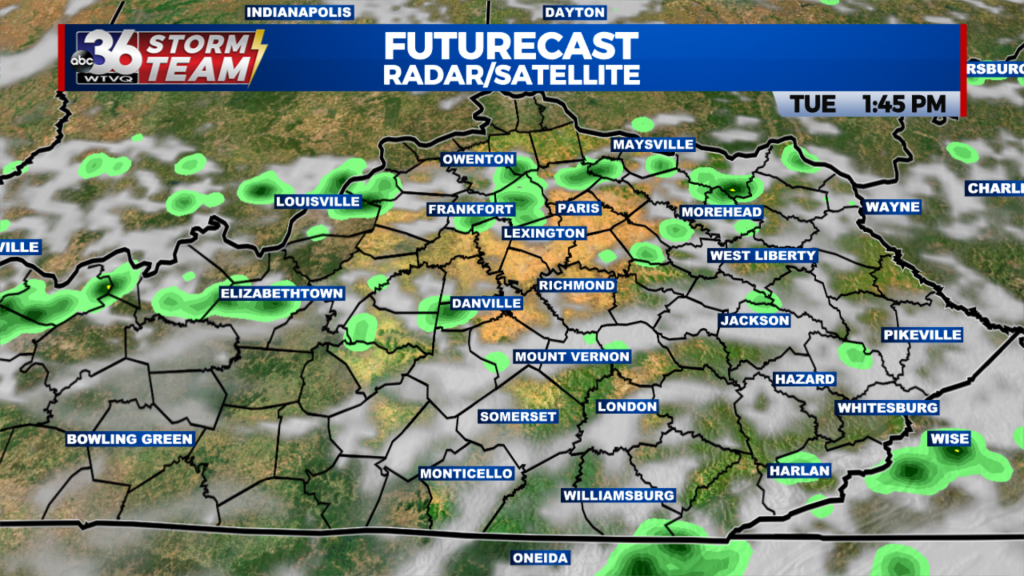 Through Tuesday, most locations can expect to pick up between 1-2″ of rainfall with locally higher amounts of 2+”. We may see a brief break in the heavy rain mid-week, but rain chances will increase again by next weekend. 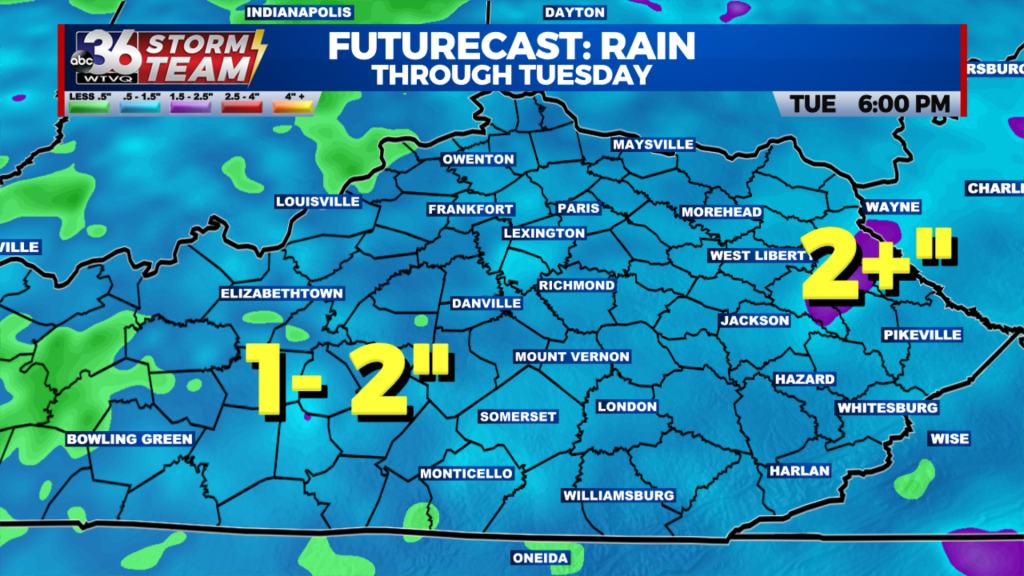